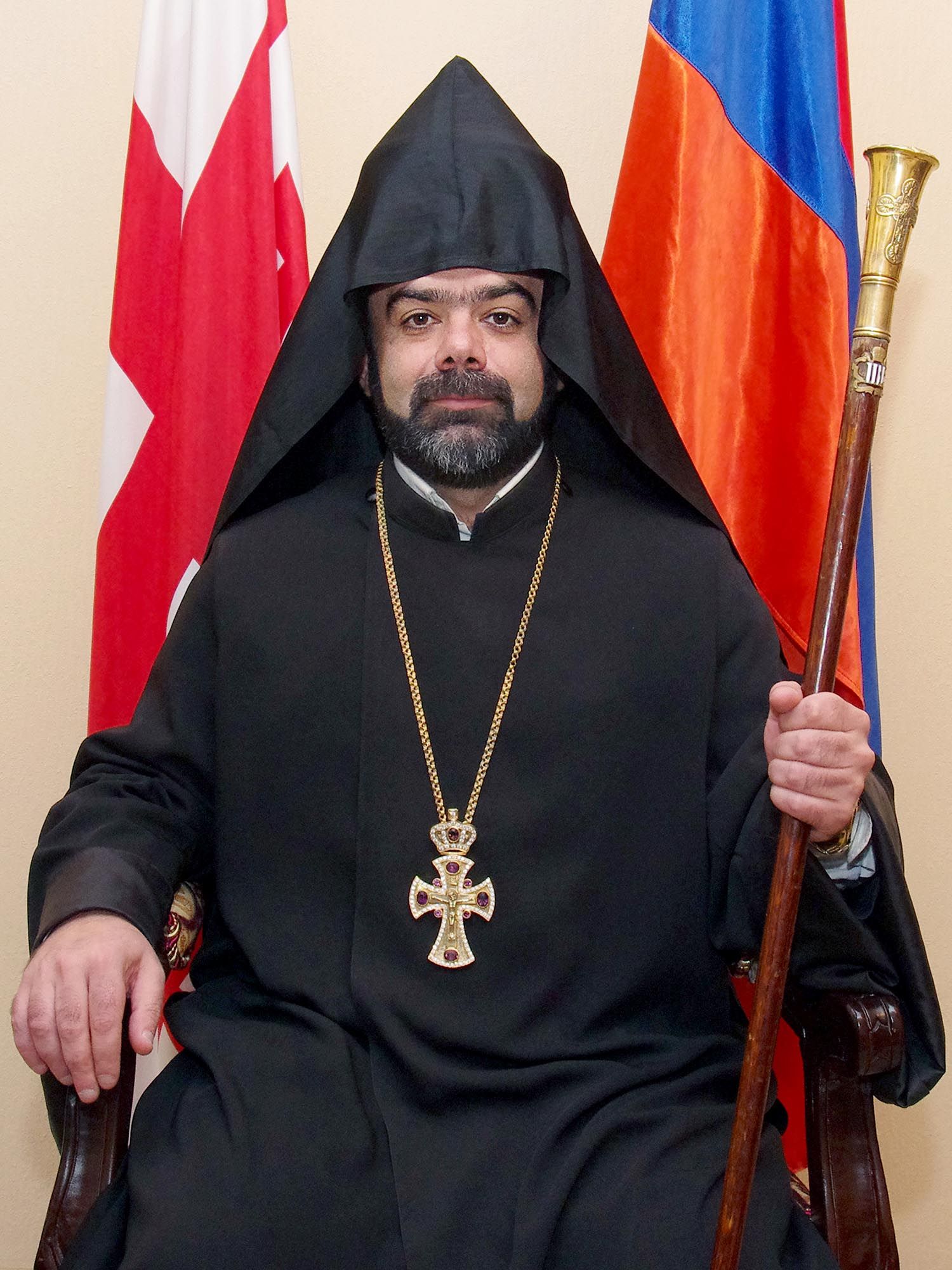 Rev. Father Kirakos Davtyan (baptismal name Gevork) was born on May 20, 1982 in Tbilisi.

From 1999 to 2004 he studied at the Gevorkian Theological Seminary at the Mother See of Holy Etchmiadzin.

On February 5, 2005, he was ordained a celibate priest by His Eminence Archbishop Yeznik Petrosyan and given the priest name of Kirakos.

From 2005 to 2008, he was appointed to serve in the Armenian Diocese of Georgia as spiritual pastor of Holy Savior (Surb Prkich) church in Batumi.

From 2008 to 2012, he has served in the Armenian Diocese of Australia and New Zealand as spiritual pastor of the Holy Mother of God Church of Melbourne.

From 2013 to 2015, he has served in the Armenian Diocese of New Nakhijevan and Russia as Assistant to the Primate.

From 2015 to 2019, Rev. Father Kirakos Davtyan served as Vicar of the Diocese of Gegharkunik.

In 2015, under the presidency of His Holiness Karekin II, Supreme Patriarch and Catholicos of All Armenians, Rev. Father Kirakos Davtyan successfully defended doctoral thesis titled "Comparative analysis of Armenian and Russian church feasts folk ceremonies" and received the rank of Senior Archimandrite.

On June 2019, by the Pontifical Order of His Holiness Karekin II, Supreme Patriarch and Catholicos of All Armenians, Rev. Father Kirakos Davtyan, completing his serve as Vicar of the Diocese in Gegharkunik, has been appointed to serve as Vicar in the Armenian Diocese in Georgia.