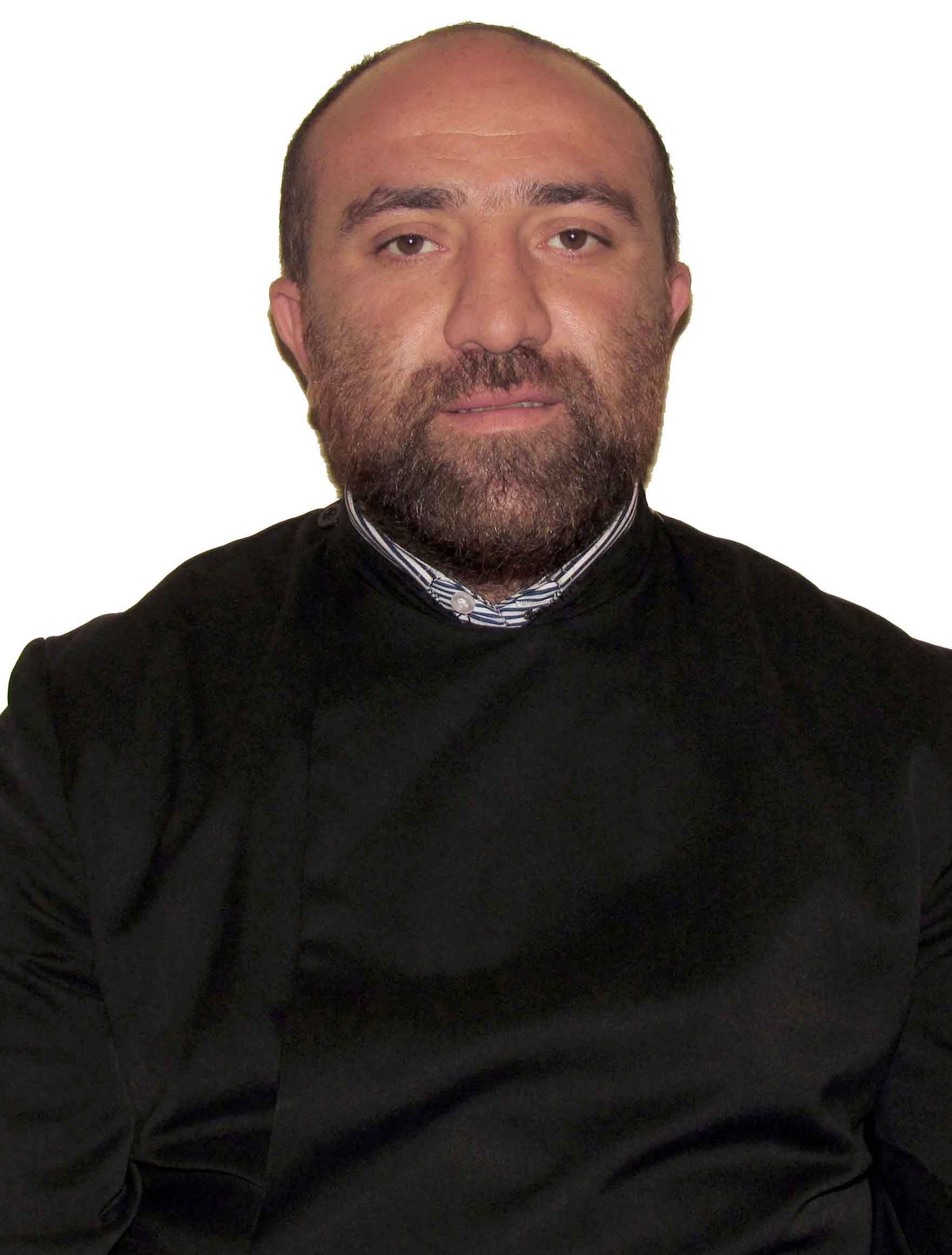 He studied in the secondary school of the village starting in 1988, and graduated in 1999.

In 1999 he entered the Gevorkian Theological Seminary at the Mother See of Holy Echmiadzin and graduated in 2005.

On 1 July 2005 started working at the Christian Education Center as a secretary.

From 1 April 2006 he served at Church of St. Gregory the Illuminator in Yerevan.

On 25 December 2006 was ordained to the diaconate.

On 27 December 2006 he defended his final thesis entitled “The Life and Creation of Khoren Stepanetsi.”

On 1 January 2009 he was appointed to serve as postal mail courier at the Mother See of Holy Echmiadzin.

On 1 September 2009 by the order of the Catholicos of All Armenians, His Holiness Karekin II he was appointed to serve in the Diocese of Armenian Apostolic Church in Georgia and by the order of the Leader of the Diocese of the Armenian Apostolic Church in Georgia Bishop Vazgen Mirzakanyan was appointed a Spiritual shepherd of Armenians in Vale, Sazel, Oral, Gulalis, Small Pamach, Big Pamach villages of Akhaltsikhe and Adigeni regions.

From 1 December 2009 was appointed to serve as the inspector of the churches in Marneuli, Bolnisi, Dmanisi, Tetri-Tsqaro and Kakheti, and from 30 December combined the work with duties of coordinator at the “Hayartun” Cultural Center.

From 1 July 2010 started to serve as a Spiritual shepherd at the Cathedral of Saint George in Tbilisi assuming the duties of spiritual inspector of the Diocese Youth Association.

From 1 February 2012 started to serve as a Spiritual shepherd at Church of St. Gregory the Illuminator in Akhaltsikhe and of Armenians living in Borjomi, Aspindza, Adigeni, Abastumani, Akhaltsikhe regions.

From 1 december 2014 started to serve as a Spiritual shepherd at Church of St. Gregory the Illuminator in Akhaltsikhe and of Armenians living in Great Pamach, Small Pamach, Oral, Ghulalis and Sazel villages.