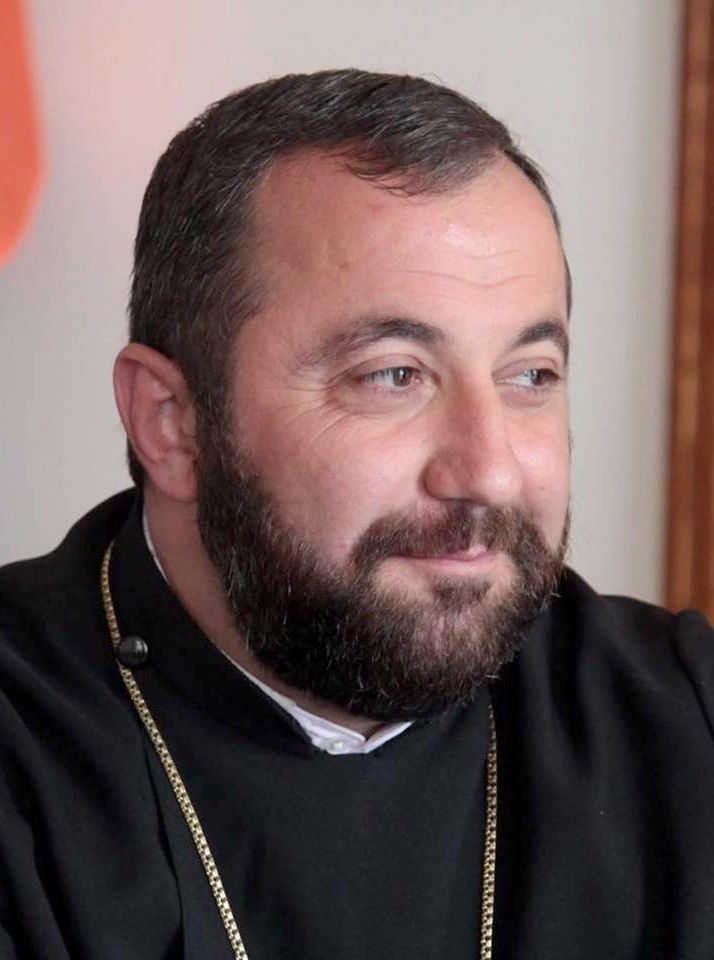 Rev. Father Maghakia Amiryan (baptismal name Hayk) was born on 13 September, 1980, in Aratashen village in Armavir region (marz), Republic of Armenia. He studied in the local secondary school. In 1997 he entered Shirak Theological Seminary.
In 2000, he graduated the Theological Seminary, entered the Gevorkian Theological Seminary at the Mother See of Holy Etchmiadzin.
In 2006, at the Feast of St. Vartan the Captain, he was ordained to the diaconate and granted the rank of deacon by His Grace Archbishop Nerses Pozapalian.
In June 2006, graduated Gevorkian Theological Seminary, by the order of His Holiness he was appointed to serve as a sacristan in Mother See.
On March 22, 2007, he defended the thesis on the theme “Hakob Karnetsi and famous monasteries in Karin”.
On April 15, 2007, on the occasion of the Octave of Easter (New Sunday), by the Primate of the Western Diocese in North America His Grace Archbishop Hovnan Terteryan was ordained a friar.
From 2007 to 2008 was appointed to serve in Khor Virap monastery as an assistant to dean.
From 2008 to 2011, by the order of His Holiness was appointed to serve at the Gevorkian Theological Seminary as a Senior Assistant, then vice superintendent of in Gevorkian Seminary.
In May 2011, by the order of His Holiness, was appointed to serve in the Armenian Diocese in Argentina as the pastor of the Cathedral of Saint Gregory the Illuminator Mother Church.
On October 5, 2013, defended the doctrinal thesis on the theme “Catholicosate of All Armenians and relocations” and received the rank of Archimandrite (Vardapet), the rank was bestowed by His Grace Archbishop Michael Ajapahian.
During the service in Argentina, he studied Spanish language at Buenos Aires University and afterwards, for about two years, he studied theology in Buenos Aires Pontifical University.
In October 2018, by the order of His Holiness, he returned to Mother See Etchmiadzin and on March 20, 2019, by Pontifical Order of Supreme Patriarch and Catolicos of All Armenians was appointed to serve at the Armenian Diocese in Georgia as the Prelate of Samtskhe-Javakheti and Tsalka's General Prelacy.
Place of residence: Akhalkalaki, Holy Cross (Surb Khach) church).
Rev. Father Maghakia Amiryan knows Armenian, Russian, English and Spanish.