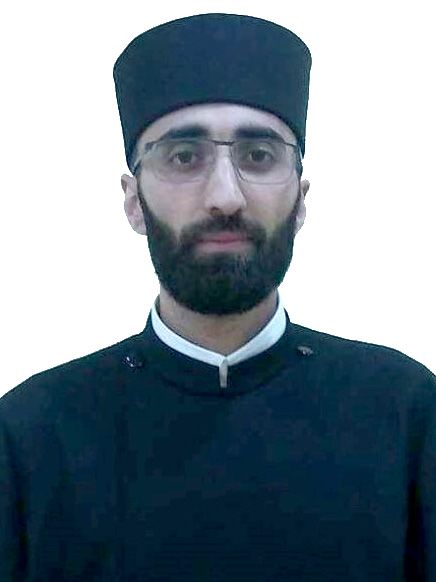 From 2008 to 2012 he studied at the Gevorkian Theological Seminary at the Mother See of Holy Etchmiadzin, earned Bachelor's degree.

From 2012 to 2014 he studied the Gevorkian Theological Seminary at the Mother See of Holy Etchmiadzin, earned Master's degree. Successfully defended his final theses entitled "Armenian – Georgian church relations during the Zakaryan's rule".

In 2012, he was ordained to the diaconate by His Grace Bishop Gevorg Saroyan.

In 2014, he was appointed to serve as a sacristan in the Mother See.

On 1 December, 2018, by Pontifical Order of His Holiness Karekin II, Supreme Patriarch and Catholicos of All Armenians and by order of Primate of the Armenian Diocese in Georgia, His Grace Bishop Vazgen Mirzakhanyan, Rev. Father Narek Tigranyan was appointed to serve as pastor in Surb Khach (Holy Cross) church in Akhalkalaki and as visiting priest in Korkhi Pastorate of the Armenian Diocese in Georgia.

He is married and has a daughter.