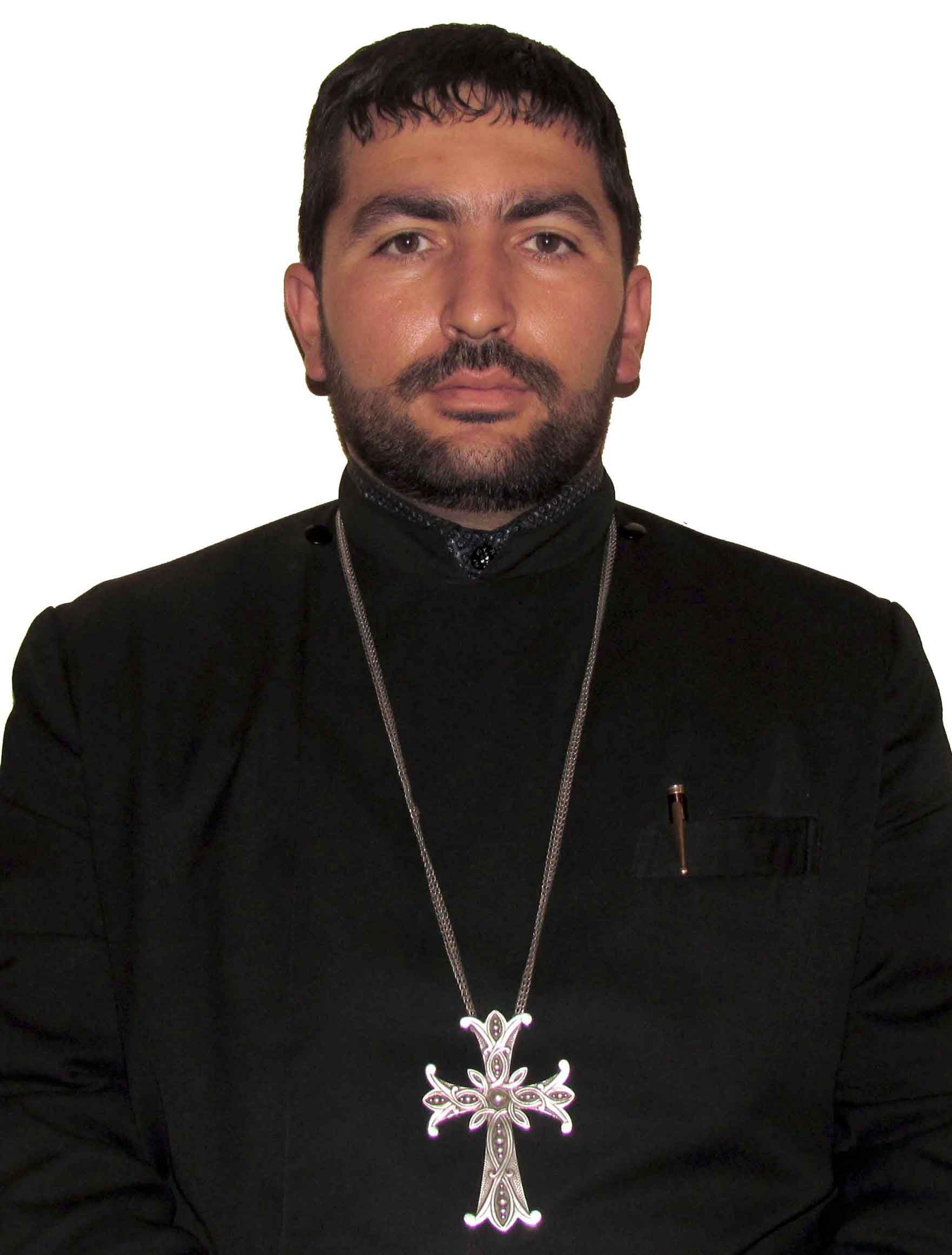 He studied in the local secondary school for eight years starting in 1988 and graduated in 1997.

He entered the Shirak Theological Seminary in 1999 na graduated in 2003.

He entered the Gevorkian Theological Seminary at the Mother See of Holy Etchmiadzin in 2003 and graduated in 2006.

On 8 October 2006 was ordained to the diaconate by Bishop Ter-Paren Avetisyan.

In July 2006 he started to work as a dispatcher of “Etchmiadzin” a monthly official publication of the Mother See of Holy Etchmiadzin.

In November 2007 he continued his spiritual service in Shirak Diocese as a deacon and was responsible for the subject of the History of the Armenian Church.

On 24 June 2007 was ordained as a secular priest by Bishop Ter Vigen Aikazian in Mother See of Holy Echmiadzin.

On 1 September 2007 by the order of the Catholicos of All Armenians, His Holiness Karekin II he was appointed to serve in the Diocese of the Armenian Apostolic Church in Georgia.

On 1 September 2007 by the order of the Leader of the Diocese of the Armenian Apostolic Church in Georgia Bishop Vazgen Mirzakanyan was appointed as a Spiritual shepherd in the Vicariate of Samtskxe-Javakheti in Surb Gevorg Church of Arakova village in Akhalkalaki region and nearby villages, where serves invariably at present.