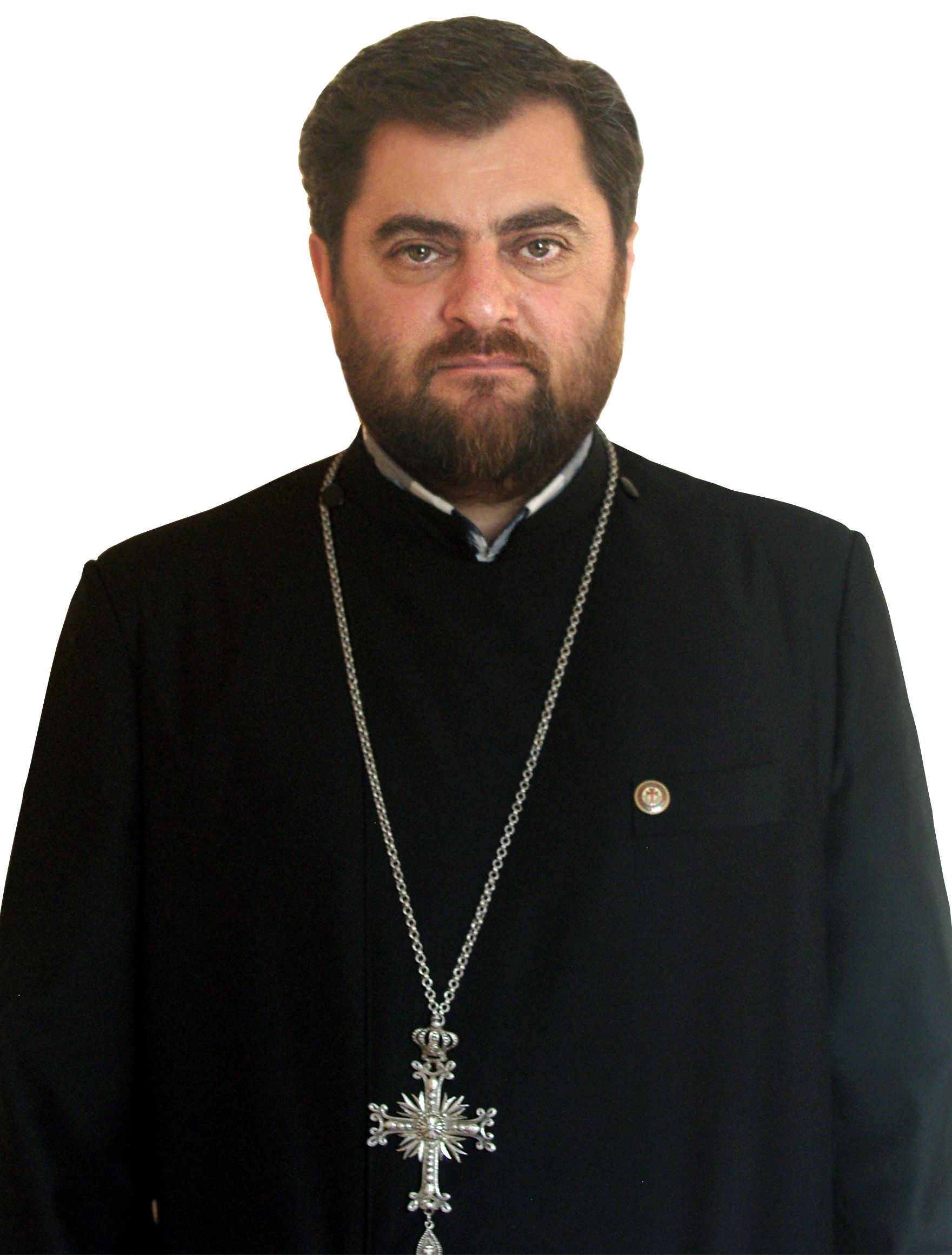 Rev. Father Virap (baptismal name Ashot) Ghazaryan was born in 1973, in the village of Aghavnatun, near the city of Etchmiadzin.

1990-1998: studied in the Gevorkian Theological Academy of Holy Etchmiadzin.

On July 4, 1998, ordained as Deacon by His Eminence Archbishop Shahe Achemyan.

1998-2000: appointed to serve in the Russian and Novo-Nakhichevan Diocese.
In 2000, was appointed a spiritual mentor in the village of Artimet and nearby villages of the Armavir Diocese.

In the same year, was appointed an assistant to the Primate of the Diocese of Aragatsotn and a spiritual mentor in Aparan region at the same time.

On January 14, 2001, was ordained as a secular priest by the Catholicos of All Armenians, His Holiness Karekin II, and from February 22 to June, 2015, served as the Pastor in the Spiritual Pastorate of Aparan.

On July 8, 2015, he was appointed the Pastor of Armenians in the city of Zaporozhye in the Armenian Diocese of Ukraine.

On September 1, 2016, Rev. Fr. Virap Ghazaryan was appointed the Pastor of the Surb Etchmiadzin Church in Tbilisi.

He is married and has three children.