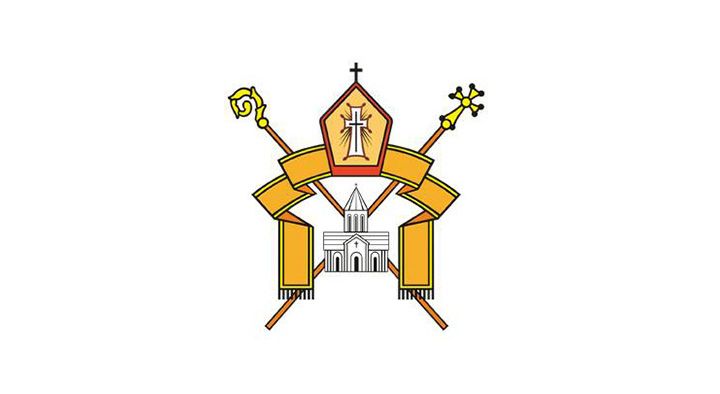 The Diocese of the Armenian Apostolic Orthodox Holy church in Georgia is concerned about the events which took place during the last week related to the LGBT pride in the capital of Georgia.  On this occasion the Armenian Diocese in Georgia makes an announcement which says:

For centuries many faithful of different religions lived peacefully next to each other in Georgia.

Modern realistic life, together with the great achievements has also formed such an ideology, which often harshly and with non-acceptable propaganda suggests to change values created and maintained during the centuries and announces that not normal things are normal and acceptable.

The Armenian Diocese in Georgia announces that freedom is very important for us, we respect the right of a person to be free, but when we speak about implementation of so-called LGBT+ pride, in this case we do not have to deal with the freedom of speech, but with the propaganda of their own intimate life publicly. The event which is being planned, so-called «pride» organizers, is incompatible with our morals and is in contrast with the values formed as a result of  coexistence.

The Armenian Diocese in Georgia is against trying to represent immorality as morality.

We should also add that LGBT people in Georgia never underwent persecution because of their lifestyle. And this kind of “parides” are not aimed at defending the rights of LGBT people, but at financial benefits of small groups of organizers. The latter creates an artificial crisis around this issue in order to reach their goal and to provoke controversies in the public. They separate the LGBT people and put them in contrast with the public, and create threats for future generations with their harmful effect.

Therefore we ask the authorities not to permit so-called “Pride”, we urge representatives of international organizations and diplomatic corps not to support this event and do not disappoint the population of Georgia who has great hope related to  the Western orientation.