A unique event at New Year’s Eve in Akhalkalaki 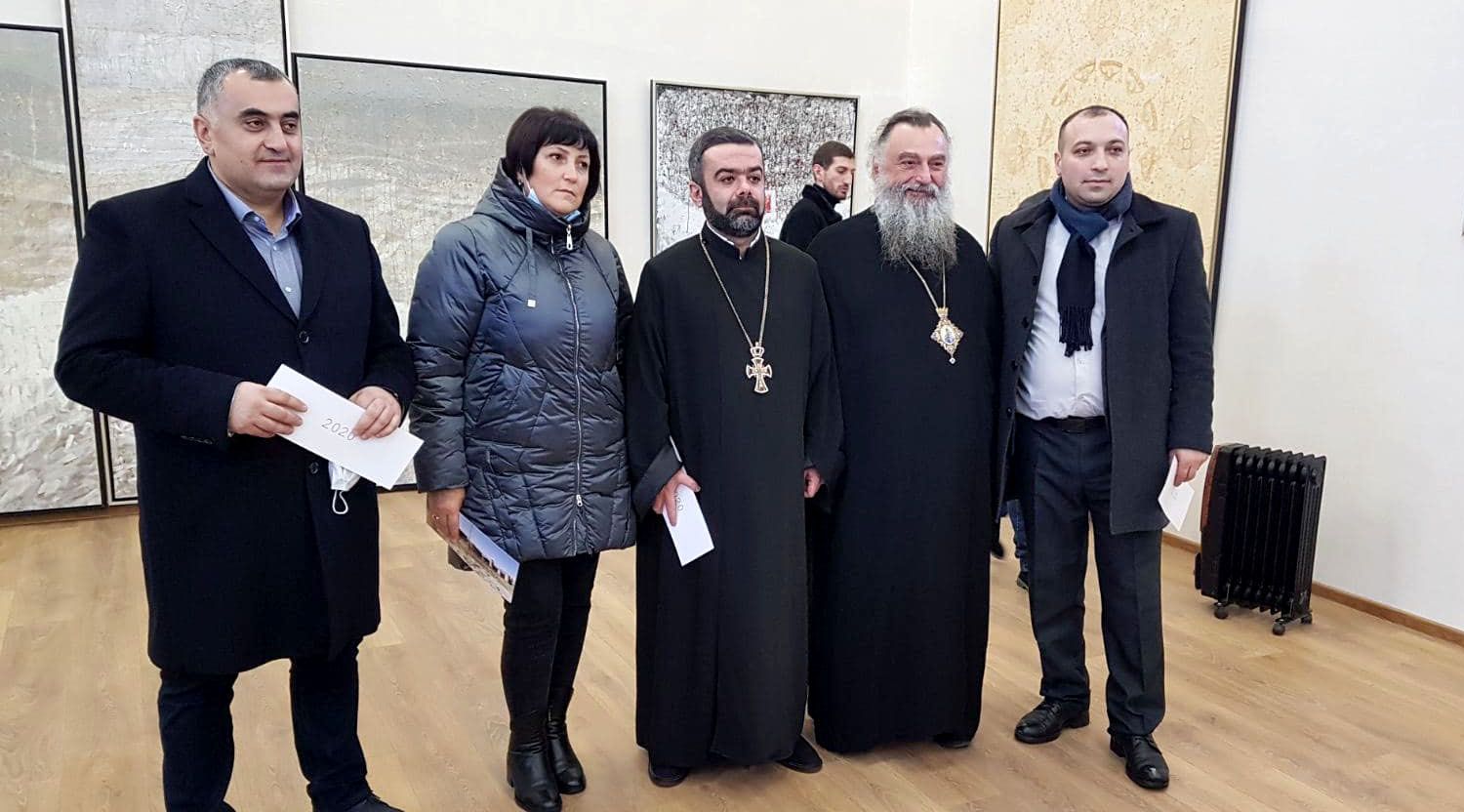 The traditional enthusiasm and New Year’s mood did not have their usual shine and brightness at the Eve of New 2021 Year in the Armenian-populated regions of Javakheti, Georgia. The people living in this region also were dived into the pain of motherland, mourning the sorrow of the losses of thousands of young people deceased in the unequal and severe war, among whom were the heroic sons of this land.

At the initiative of Metropolitan of Gumbordo and Akhalkalaki of Georgian Orthodox Church Nikoloz Pachuashvili and Vicar of the Armenian Diocese in Georgia, Rev. Father Archimandrite Kirakos Davtyan, as a summarizing event of the New Year and an exciting Christmas event, a cozy meeting entitled “We” was organized which became an expression of the victory of good, as well as of giving each other love and friendship.

On December 31, 2020, the exhibition of Armenian painter Hayk Melikyan and other Armenian artists from Georgia, as well as demonstration of the documentary film “We” of famous film director Artavazd Peleshyan took place in the gallery of the Metropolitan Museum Complex.

In attendance were Members of Parliament of Georgia, representatives of local self-government bodies, clergy, cultural and art figures.

Metropolitan Nikoloz Pachuashvili gave opening remarks, touched upon the idea of loving one another of Christian doctrine, highly appreciated it as the cornerstone of eternity of the world and humanity, which has a mission to unite humanity and the basis of which are we all together. Metropolitan appreciated the idea of the documentary film “We” dedicated to the Armenian people by famous film director Artavazd Peleshyan. He highlighted that this “we” nowadays is represented by Armenians worldwide and the part of them is the Armenian population of Javakheti. “The aim of the demonstration of this film which has a deep content, that confirms the immortality of the nation and people, and the fact that difficult days will pass is to create a particular optimistic mood on New Year’s Eve”, says Vicar of the Armenian Diocese in Georgia.

Georgian MP Samvel Manukyan greeted the guests, wished the upcoming 2021 year to become a year of peace, progress and successful creative work for the two Christian countries, as well as the year of overcoming the pandemic spread all over the globe.

Vicar of the Armenian Diocese in Georgia offered his blessings to the attendees, highlighted in his speech that the New Year is a period of Lent for Christian Armenians, and it is not only a time of celebration and joy, but also a time of a prayer for peace of the country, for the peace of souls of the martyrs, for the success of families. The real feast for a Christian is Christmas which brings hope, light, and devotion to live in faith, with Holy Church and by giving love and devotion to one another. Rev. Father congratulated the attendees on the occasion of the Feast of the Holy Nativity and Theophany of Our Lord Jesus Christ.

The modest event dedicated to the New Year’s Eve became a heartfelt expectation of the New 2021 Year with wishes of progress and victories. 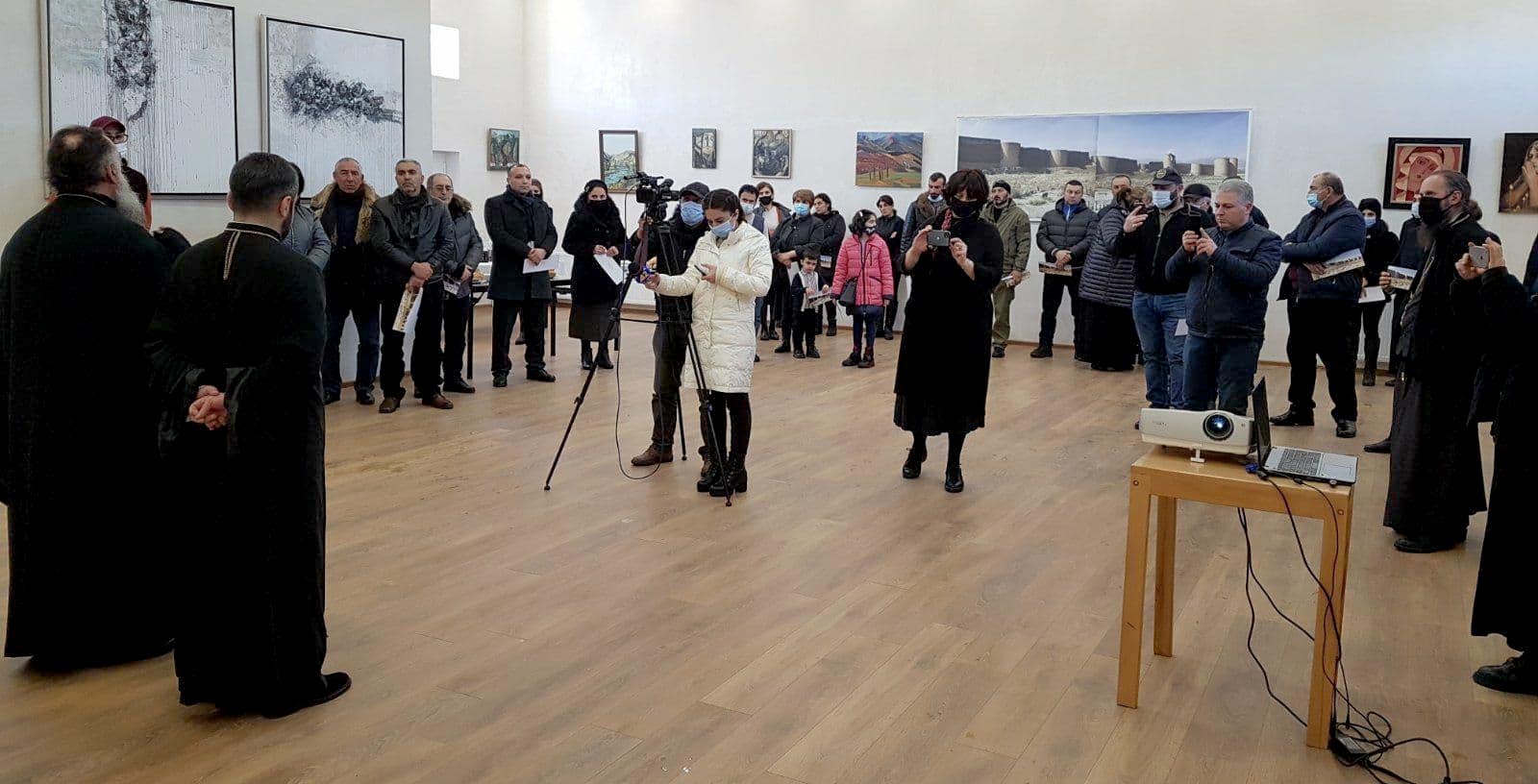