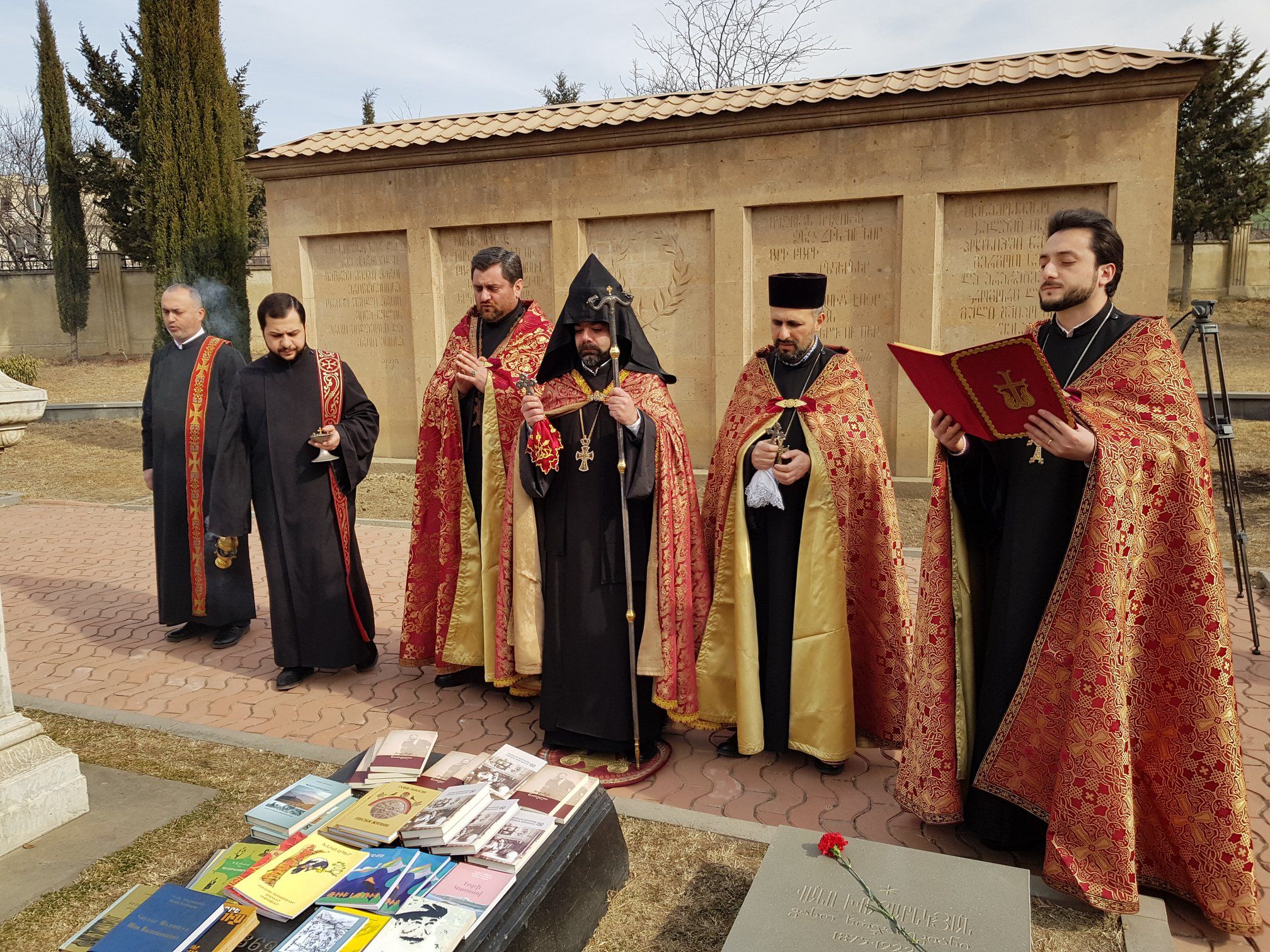 February 19 is the birthday of All-Armenian Poet Hovhannes Tumanyan. The poet's 151st anniversary was celebrated properly and festively in Tbilisi.

In accordance with tradition in Armenian Diocese in Georgia, the celebration began with a visit to the Pantheon of the Armenian Writers and Public Figures ''Khojivank'', where the great Armenian poet is buried. Armenian intellectuals, literary and public figures, community organizations' leaders of Tbilisi bowed their heads in front of the poet's tomb. Under the leadership of Ambassador Extraordinary and Plenipotentiary of Armenia to Georgia Ruben Sadoyan, Chief of the General Staff of the Armenian Armed Forces Lieutenant-General Artak Davtyan who was in Tbilisi with an official visit, and the delegation members laid flowers on the tomb of the Great Poet, as well as tombs of famous Armenian figures.

Under the presidency of the Vicar of the Armenian Diocese in Georgia, Rev. Father Archimandrite Kirakos Davtyan and with the participation of clergymen, a Requiem Service was offered at Tumanyan's tomb. At the conclusion of the service, Rev. Father appreciated those present for their desire to preserve the memory of the nation's great representatives and pass it on to the next generation.

Several years ago Tumanyan's birthday was proclaimed as a ''Book giving Day'' by the Writers Union of Armenia which was accepted by the late poetess and translator Anahit Bostanjyan in Tbilisi as well. Staying true to this initiative, the attendees gave each other books which were brought from Anahit Bostanjyan’s library, ''House of Hovhannes Tumanyan'' Center for Science and Culture, and ''Hayartun '' Educational and Cultural Centers.

The celebration of birthday of the great poet from Lori continued at the ''House of Hovhannes Tumanyan'' Center of the Armenian Diocese in Georgia. Vicar of the Armenian Diocese in Georgia, Rev. Father Archimandrite Kirakos Davtyan; peot and translator Givi Shahnazar; as well as Aren Arakelyan, head of the Department of Culture of RA Embassy in Georgia; Van Bayburdyan, editor of ''Georgia'' (''Vrastan'') newsletter; Tumanyan’s granddaughter Alyona Kolesnikova, Armenian intellectuals of Georgia, admirers of art and literature were sitting in the hall of Tumanyan’s house.

A festive anniversary mood was prevailed in historic apartment of All-Armenian Poet. Gisane Hovsepyan, Head of the Center gave opening remarks and congratulated, afterwards, the guests sitting around the festive table received ''parchments'' with quotations from the Tumanyan’s ''world''.

The evening was beautifully organized, and the attendees opened their ''massages'' and took part in a unique process of speaking about Tumanyan in a simple, heartfelt way. Students of duduk group of the ''Hayartun'' Center, led by Ivane Mkrtchyan, pianist Yesayi Abovyan, soloist Aida Bazoyan, honorable teacher Rosa Zohrabyan, well-known actress Melania Barseghyan, poets Lusine Vanoyan, Marina Kirakosyan-Mosesova, Mikhail Ananov with his daughter Anna made the evening more beautiful with their performances, song, and recitation.

The evening was ended with Marina Sumakhyan’s surprise which was a traditional birthday cake decorated with candles and great poet Hovhannes Tumanyan’s blessings from the heaven. 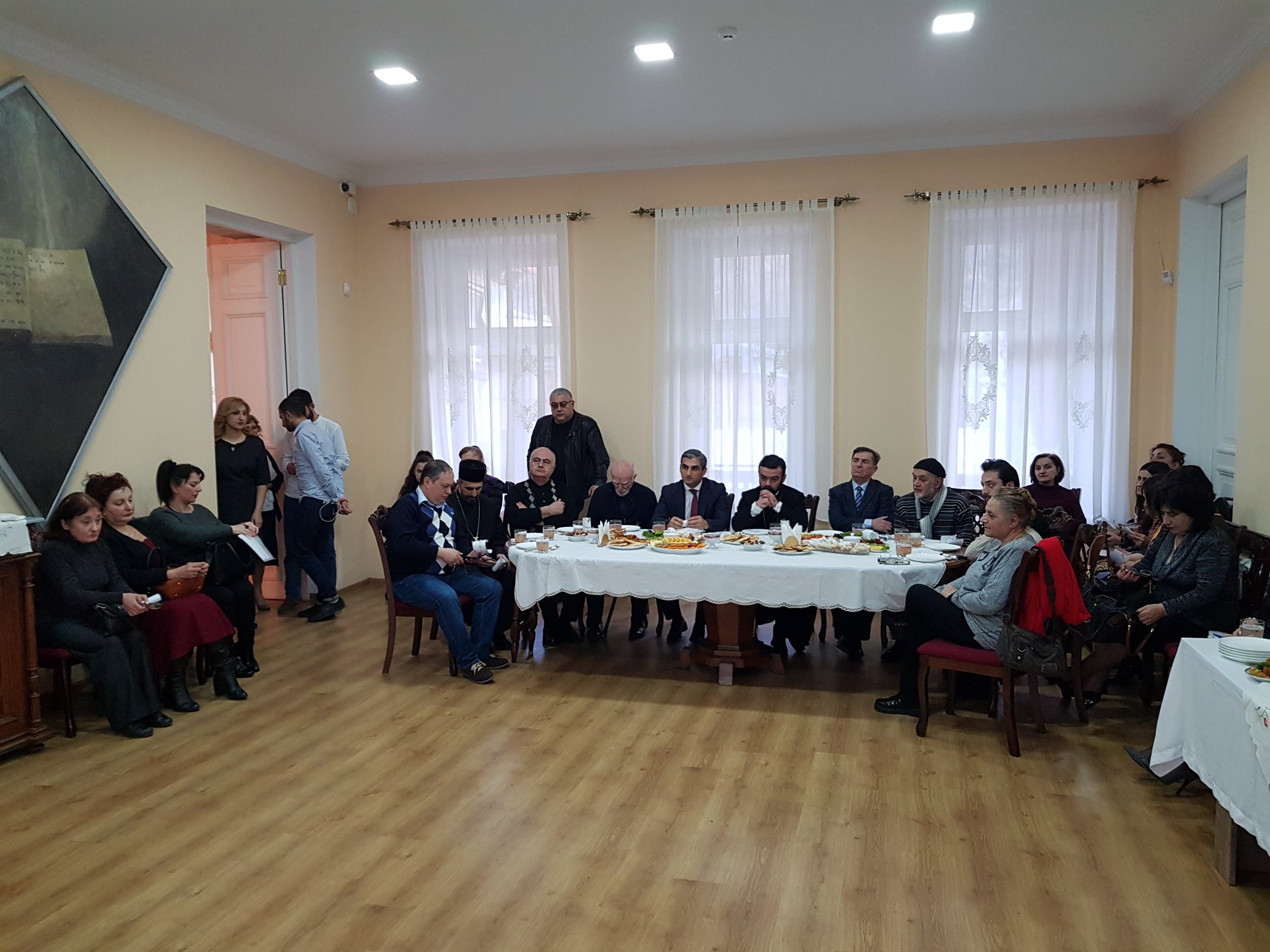 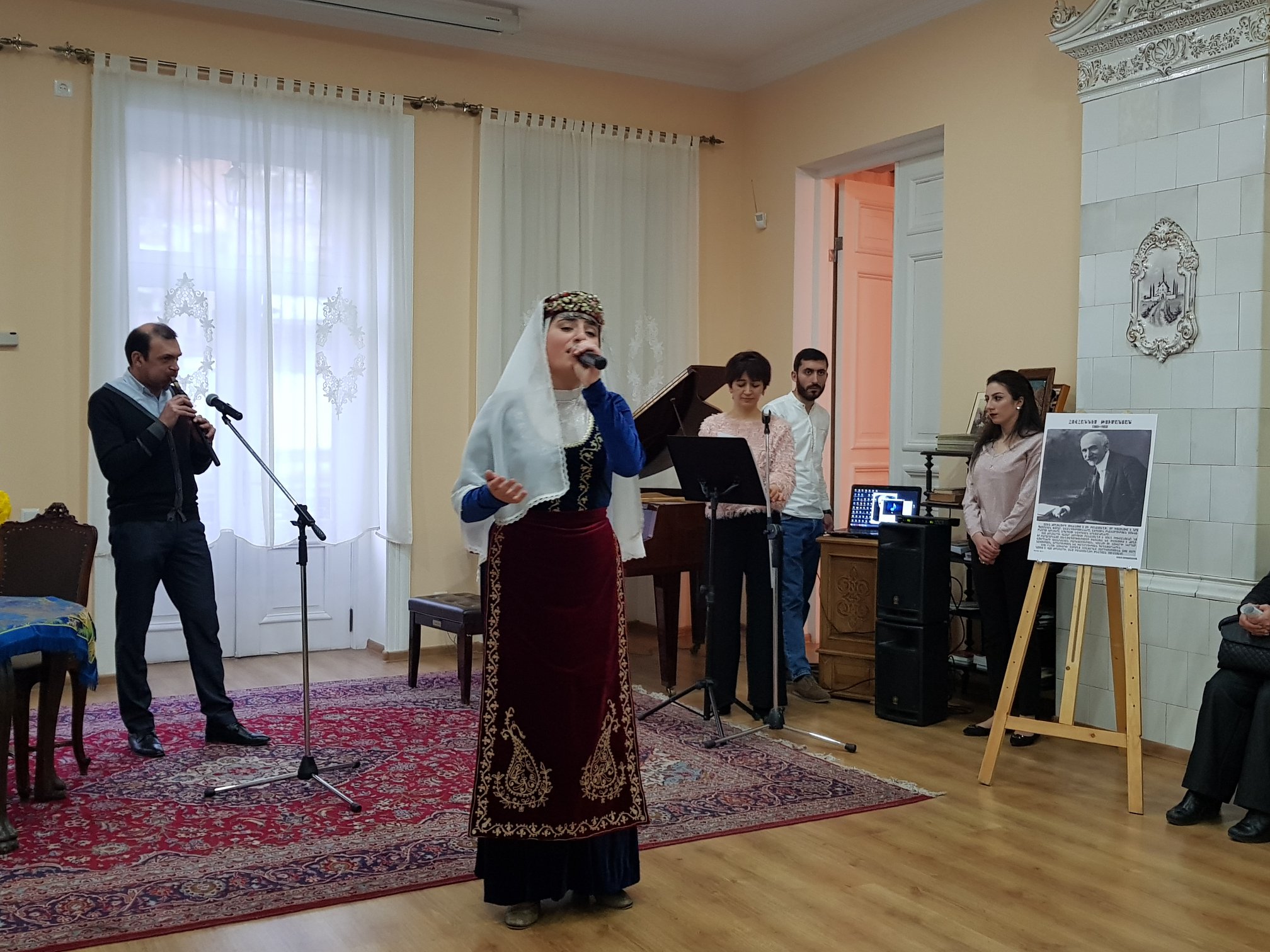