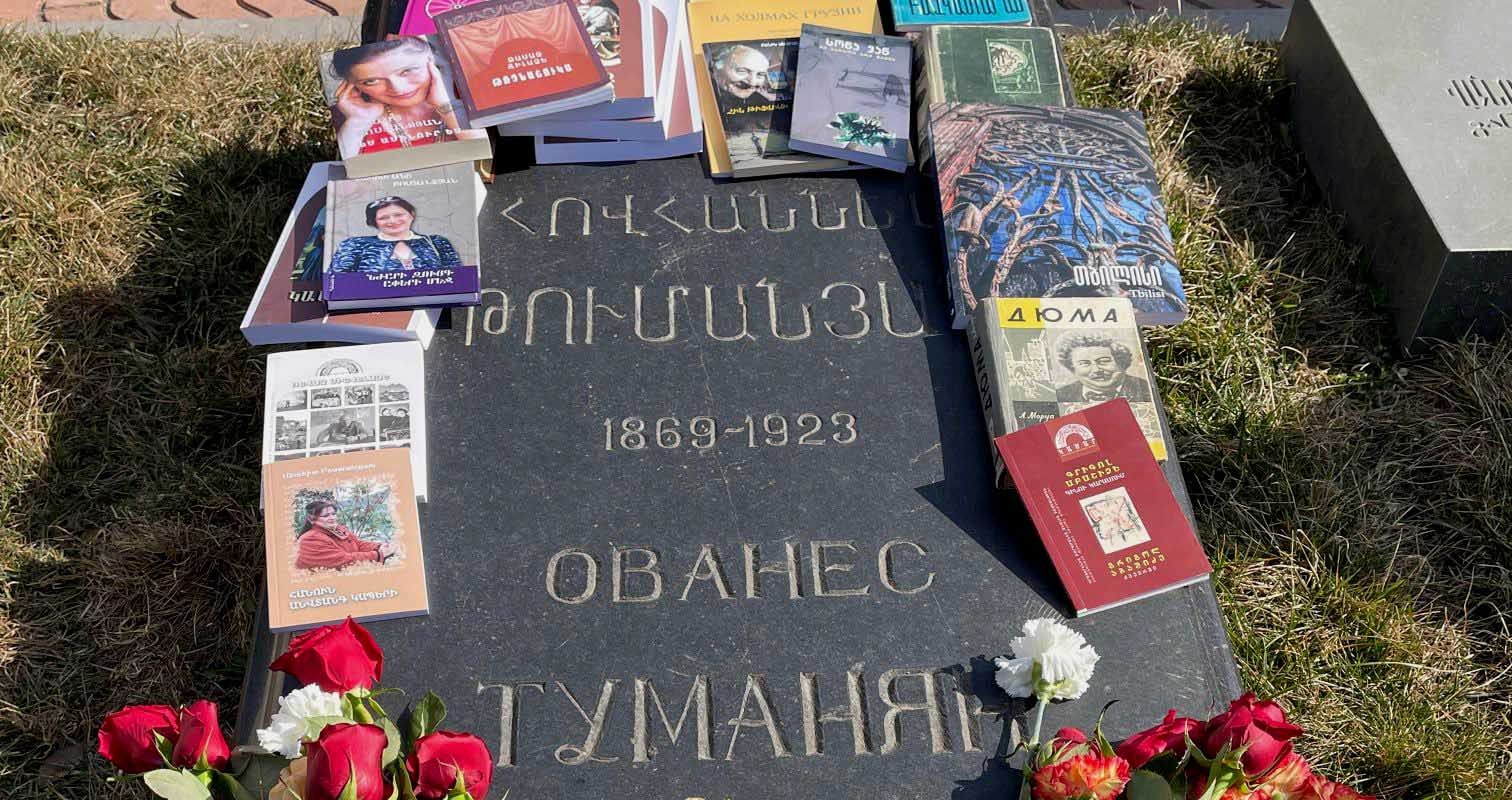 On February 19, 2022, inviting Armeneins of Georgia to the Pantheon of the Armenian Writers and Public Figures ''Khojivank'', an anniversary event was held in Tbilisi, which included elements of commemoration and tribute as an evidence of Hovhannes Tumanyan’s immortality. The young and elderly, also children came, making the earthly cemetery of buried here famous figures extremely crowded.

Diplomats of the RA Embassy in Georgia, intellectuals of the Armenian community in Georgia, public, creative and cultural figures, translators, journalists, and schoolchildren paid tribute to the memory of the Great Armenian Poet Hovhannes Tumanyan. Those present decorated the tombstone of the All Armenian Poet as well as tombs of worthy sons of the nation with flowers.

Touching upon Hovhannes Tumanyan’s creative word, his path of life saturated with public activities, Rev. Father Kirakos Simonyan and Deacon Gevorg Avetisyan offered Requiem Service for the peace of the souls of All Armenian Poet, and those buried in the Pantheon. 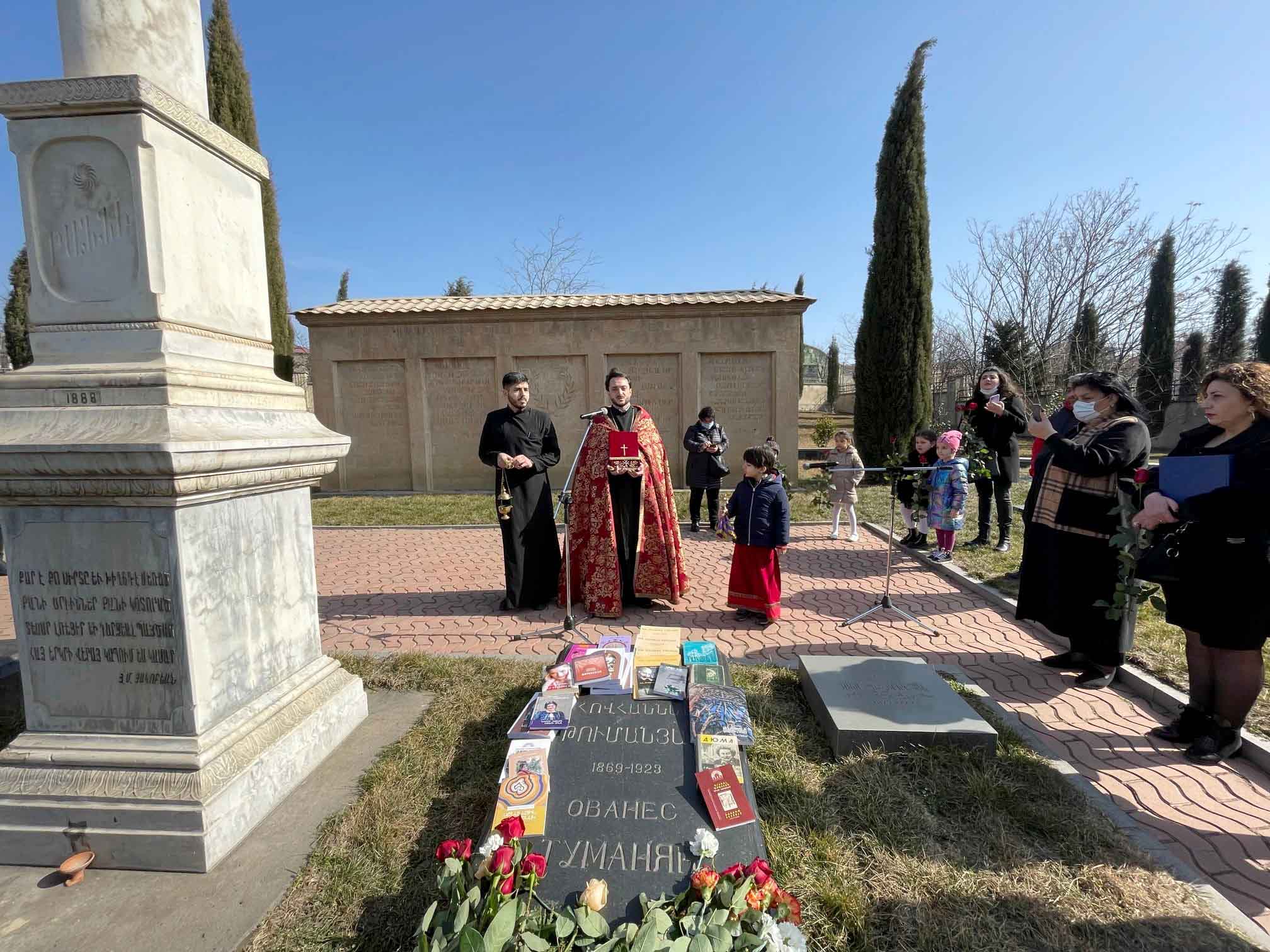 Tumanyan’s granddaughter Alyona Kolesnikova expressed her gratitude for honoring the memory of her grandfather and attending this traditional event. Afterwards, Gohar Mazmanyan, one of the event organizers conducted the event and gave the floor to the editor of “Vrastan” (“Georgia”) newsletter Van Bayburdyan, journalist Susanna Khachatryan, the Head of the “House of Hovhannes Tumanyan” Center Gisane Hovsepyan who made speeches, the message of which was to keep the memory of the Great Poet from Lori sacred and every year cense and lay flowers on the tombs here. 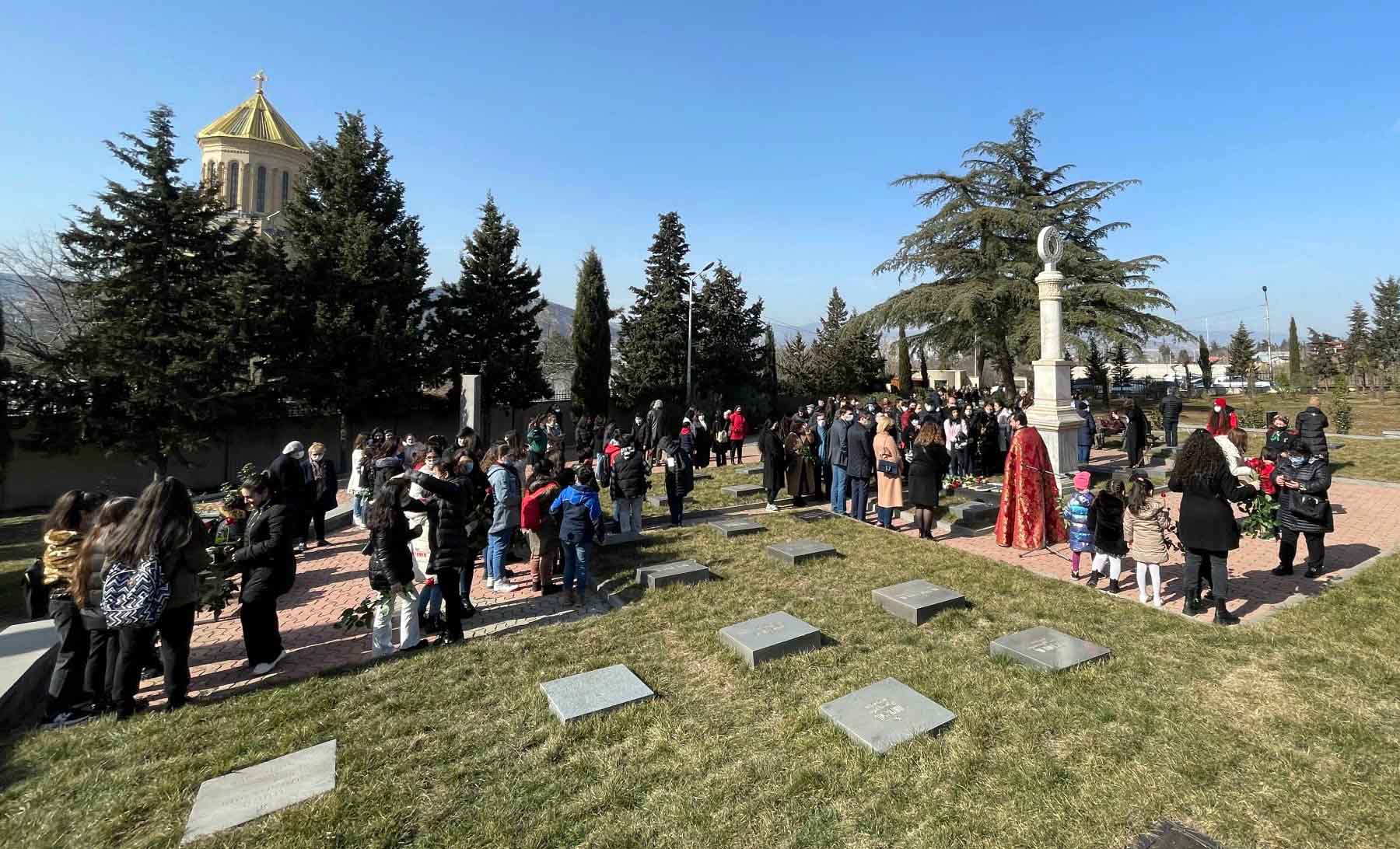 And the atmosphere was saturated with the spirit of Tumanyan’s folk, patriotic, thoughtful, philosophical works in harmony with the Armenian people life, which were presented so beautifully by the student of the Armenian language class of the “Hayartun” Center (teacher: Tamara Gaboyan), literature group of “Armenian Community of Georgia” NGO (teacher: Larisa Khachatryan), as well as the students of N103 school (teacher: Gayane Petrosyan). The recitation of “The Dog and the Cat” legend with the participation of the students of “Surb Movses Khorenatsi” (“Saint Moses of Khoren”) Preschool (teacher: Aida Bazoyan) was impressive.

Poet Mikhail Ananov and his daughter presented Tumanyan’s works translated by him, Susanna Avetisyan and Artem Grigorents read their poems dedicated to Tumanyan.

In 2008, at the initiative of the late Levon Ananyan, the beautiful tradition of gifting books was established as the message for special celebrating the Great Armenian Poet’s birthday. Anahit Bostanjyan, late poetess and translator rooted this tradition among the Armenians in Tbilisi. This year also, the event, which became a tradition, was realized by the Bostanjyan sisters, who presented many books to those present.

On Hovhannes Tumanyan’s birthday, Rev. Father Kirakos offered Home-Blessing Service in the Poet’s apartment in Tbilisi, and the Poet’s house received the first visitors of the anniversary day. 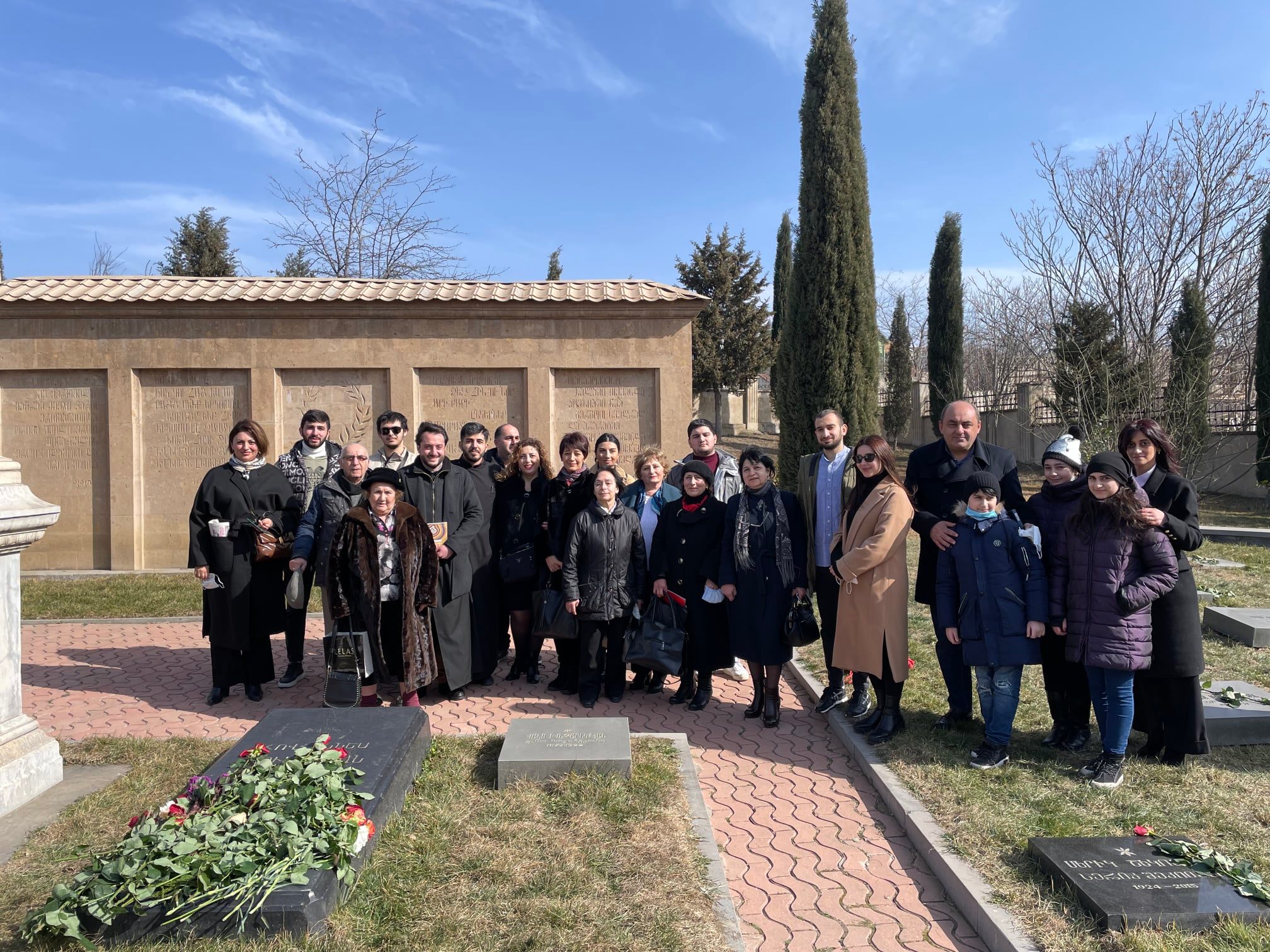