Feast of St. Gevork the Warrior celebrated in the Cathedral of the same name 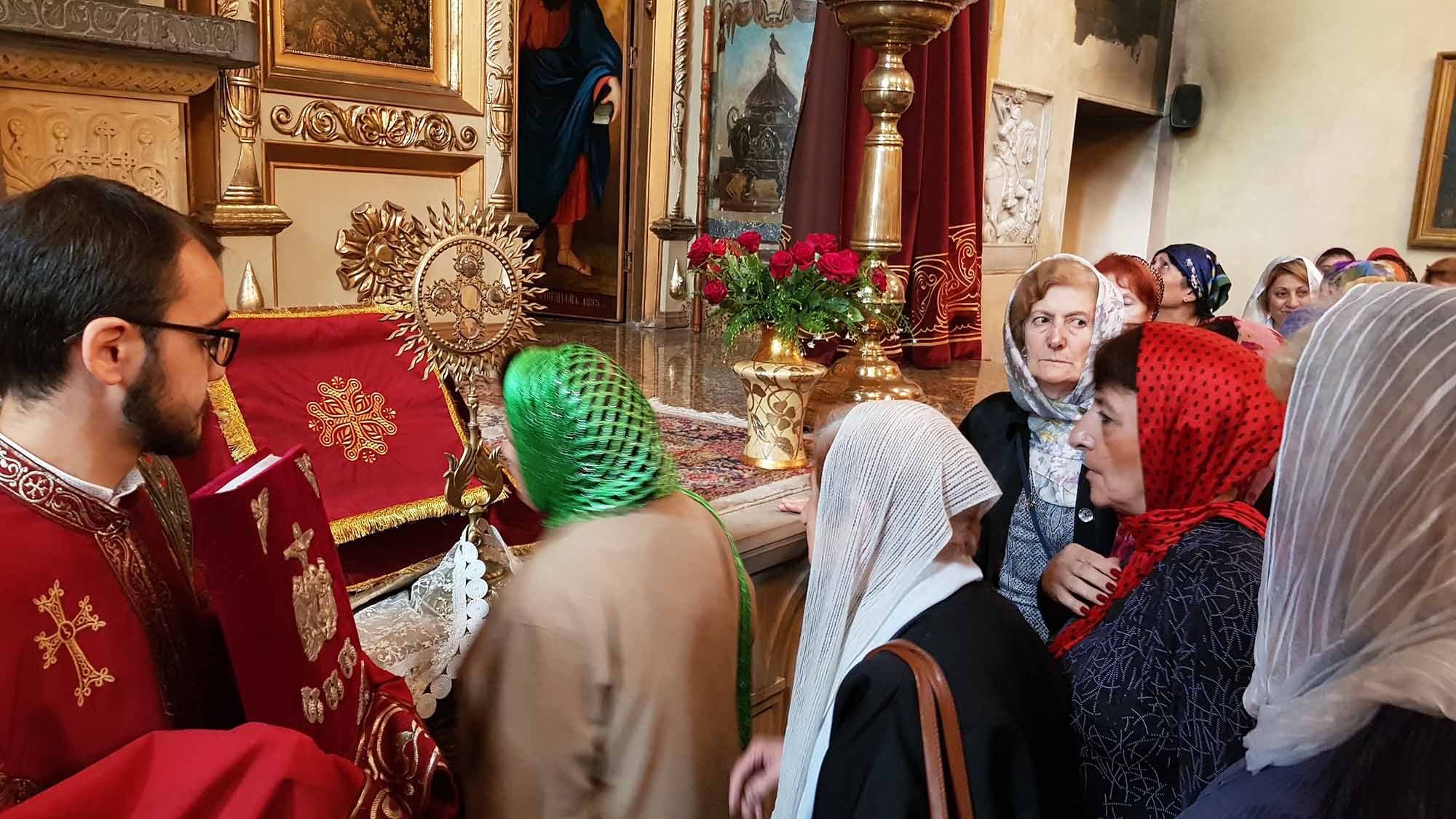 The Armenian Apostolic Holy Church celebrates the Feast of St. Gevork on the last Saturday of September. The Cathedral of the Armenian Diocese in Georgia named after St. Gevork and Armenians of Georgia traditionally make the day festive.

In 2019 the feast was celebrated on September 28. Special liveliness was prevailed in the yard and inside of the Cathedral of Saint George church in Tbilisi. The faithful had come to pray and receive the blessings and graces of the brave Warrior. 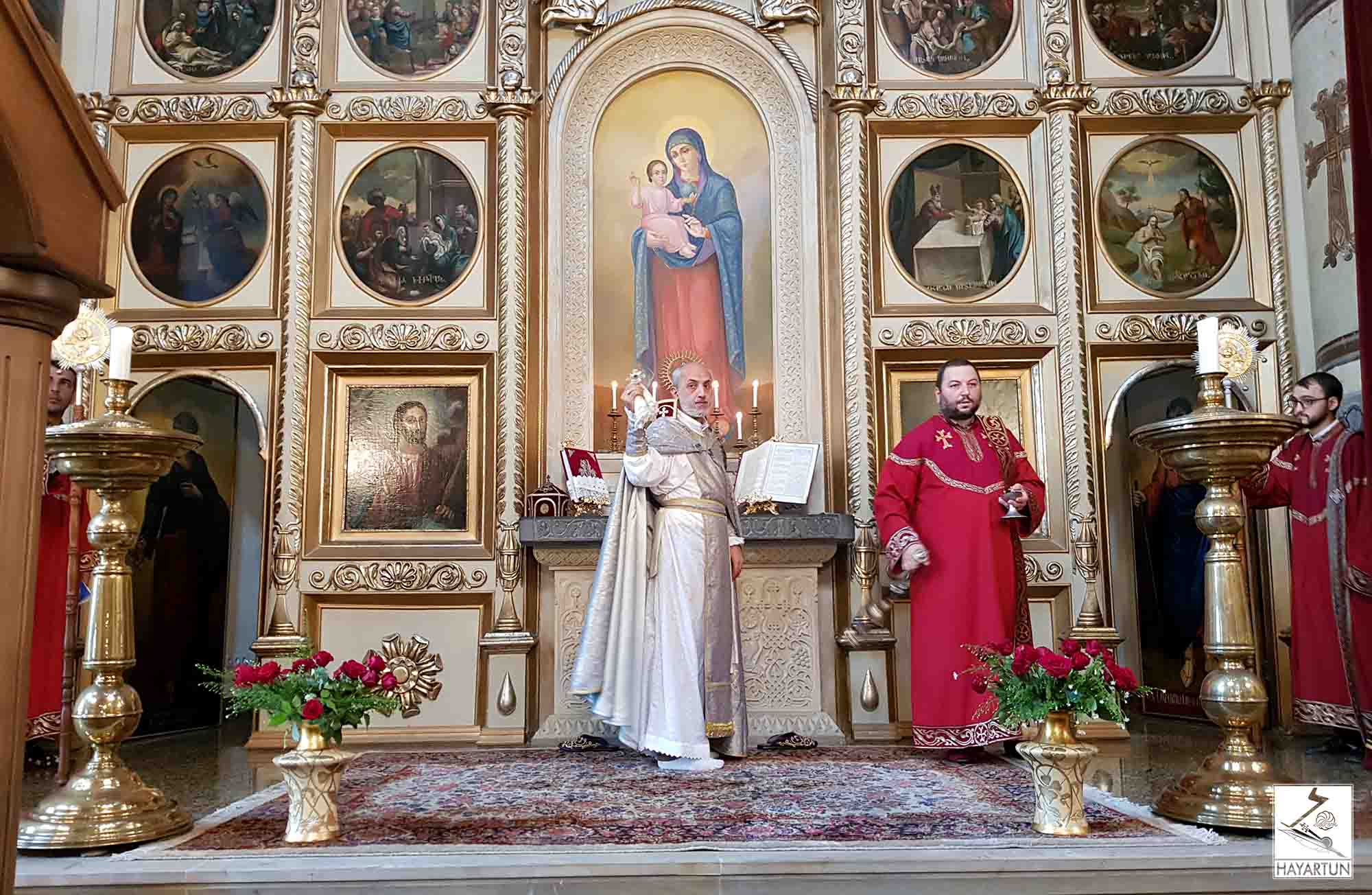 During the Divine Liturgy, the celebrant preached about the mystery of the day, the brave warrior's devotion to the Christian faith and his martyrdom, appreciated the love and devotion of the faithful to St. Gevork whose name was given to numerous churches during the centuries. 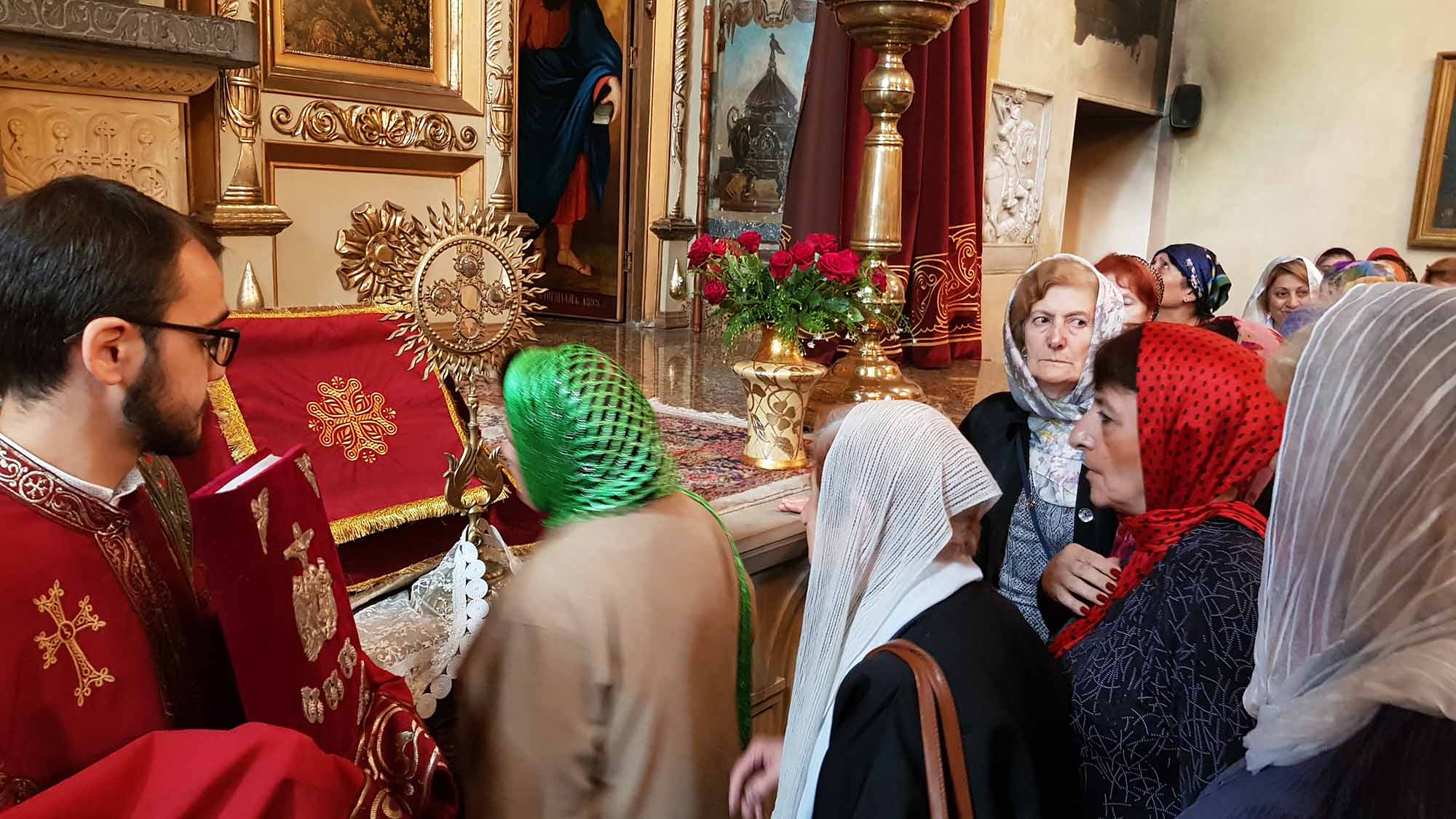 Rev. Father compared St. Gevork's unshakable Christian faith with the faith of the Armenian people who experienced many difficulties and hardships during centuries, survived and remained devoted to their faith, nation and maintained their Homeland. At the conclusion of his sermon, Rev. Father Husik congratulated on the occasion of the feast those whose name is Gevork and encouraged them to live with pride of being Christ's faithful sons.

The Cathedral of Saint George is one of those blessed temples where the relic of the Saint is keeping. At the end of the Divine Liturgy, the faithful got closer and kissed the cherished relic. The Armenian faithful of Tbilisi were joined by many tourists who admired the unique beauty of the Cathedral, wonderful Divine Liturgy, hymns and psalms. 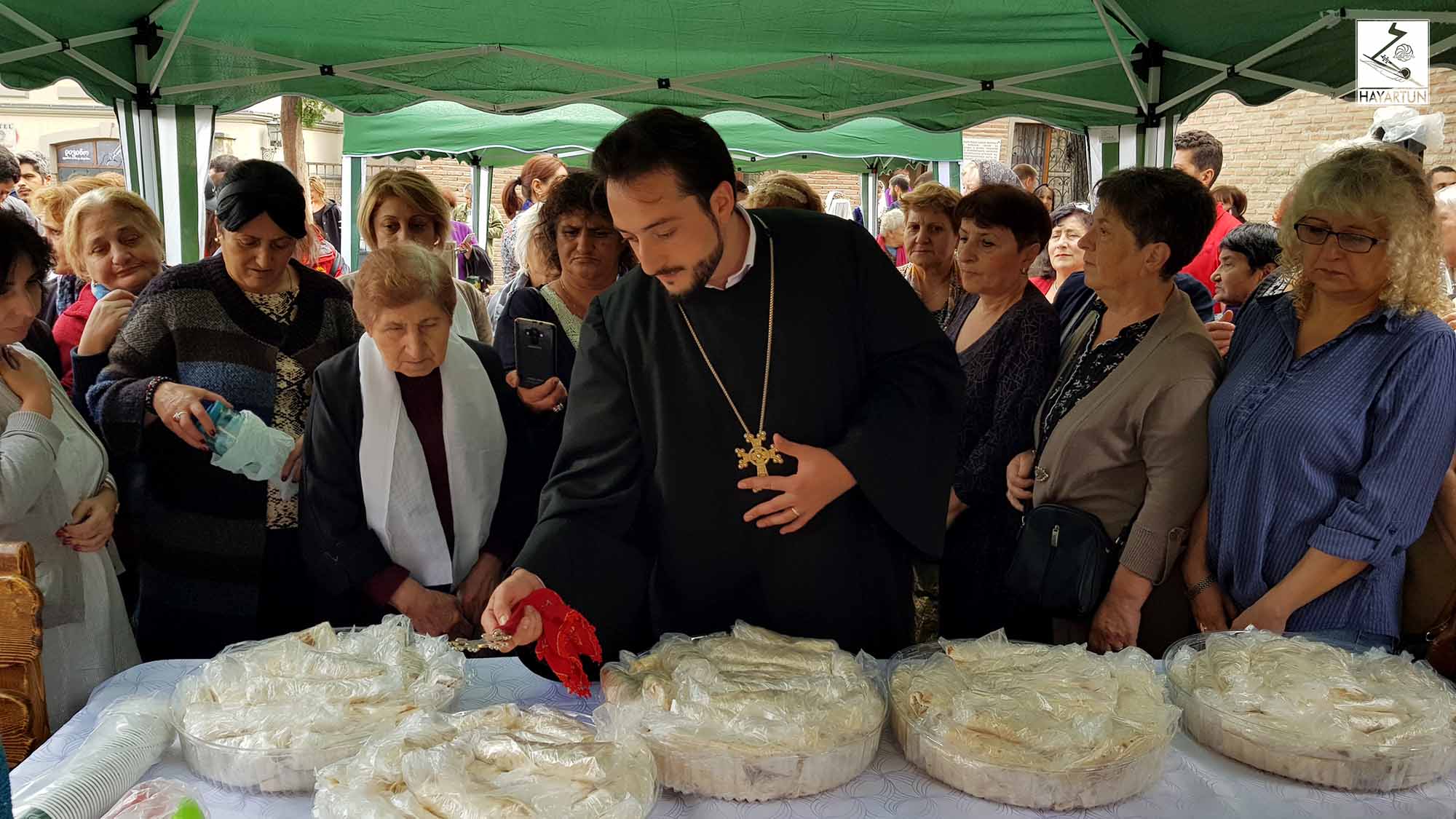 Pastor Rev. Father Kirakos Simonyan blessed the Matagh (Thanksgiving Animal Sacrifice) made by the faithful and offered it to the attendees. On the initiative of the church loving women and with the support from Godfather of cross Yurik Yeremyan, reception took place with cakes, sweeties and fruits.

The Feast was saturated with folk celebration. A cheerful dance was performed the "Taron" Dance Ensemble of the "Hayartun" Center (Choreographer Suren Abramyan) and the faithful joined and patriotic songs spread in the church yard.

Feast of St. Gevork the Warrior properly celebrated in the churches of the Armenian Diocese in Georgia, church ceremonies and folk celebrations took place especially in the temples named after St. George. 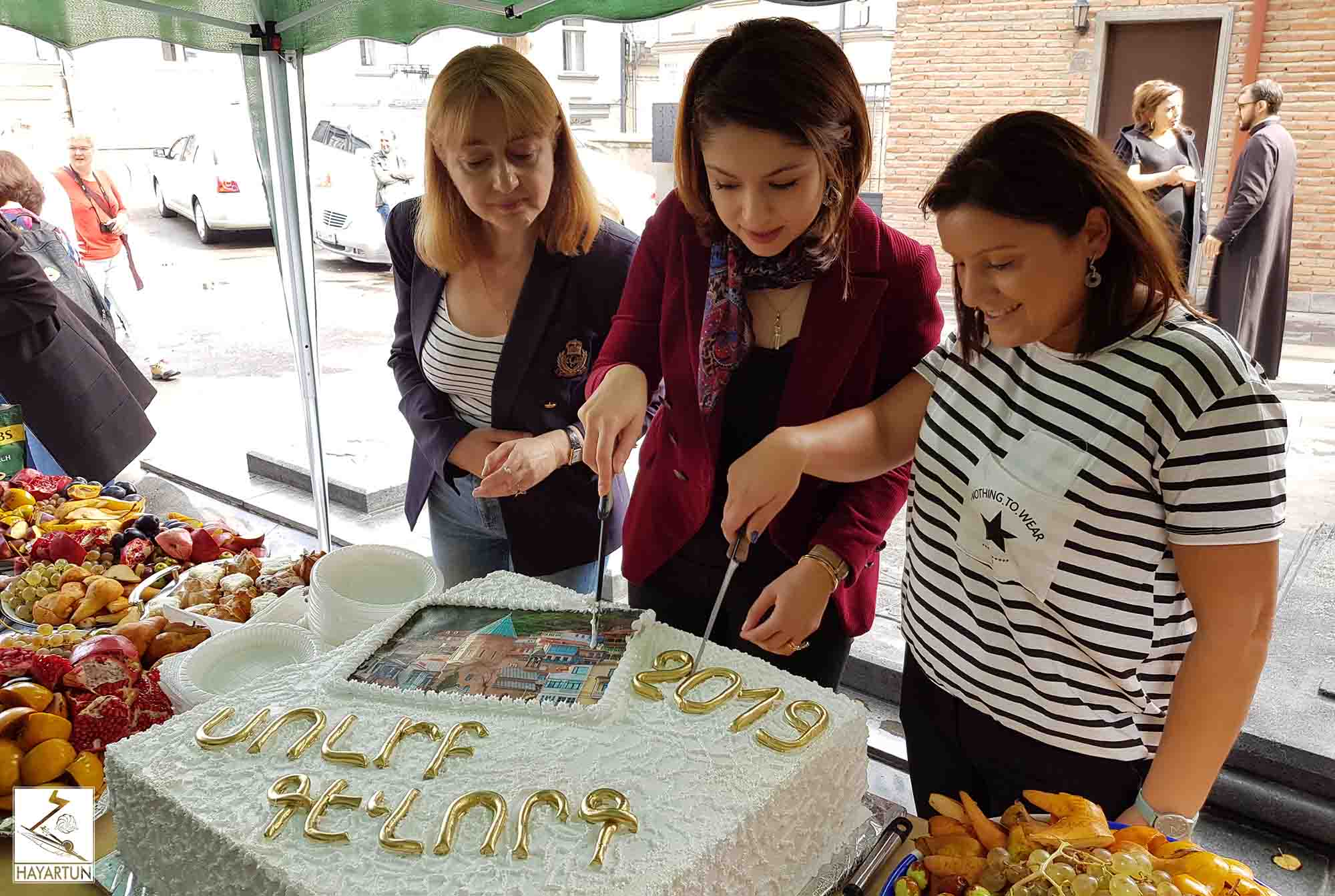 It should be added, that the Cathedral of Saint George is one of the ancient churches in Tbilisi, it was built in the 13th century and was educational, spiritual and cultural center in the medieval Armenia. With the support from the IDeA (Initiatives for Development of Armenia) foundation and other benefactors, the church was renovated and now it is the Cathedral of the Armenian Diocese in Georgia and continues to unite around it the Armenians of Georgia. 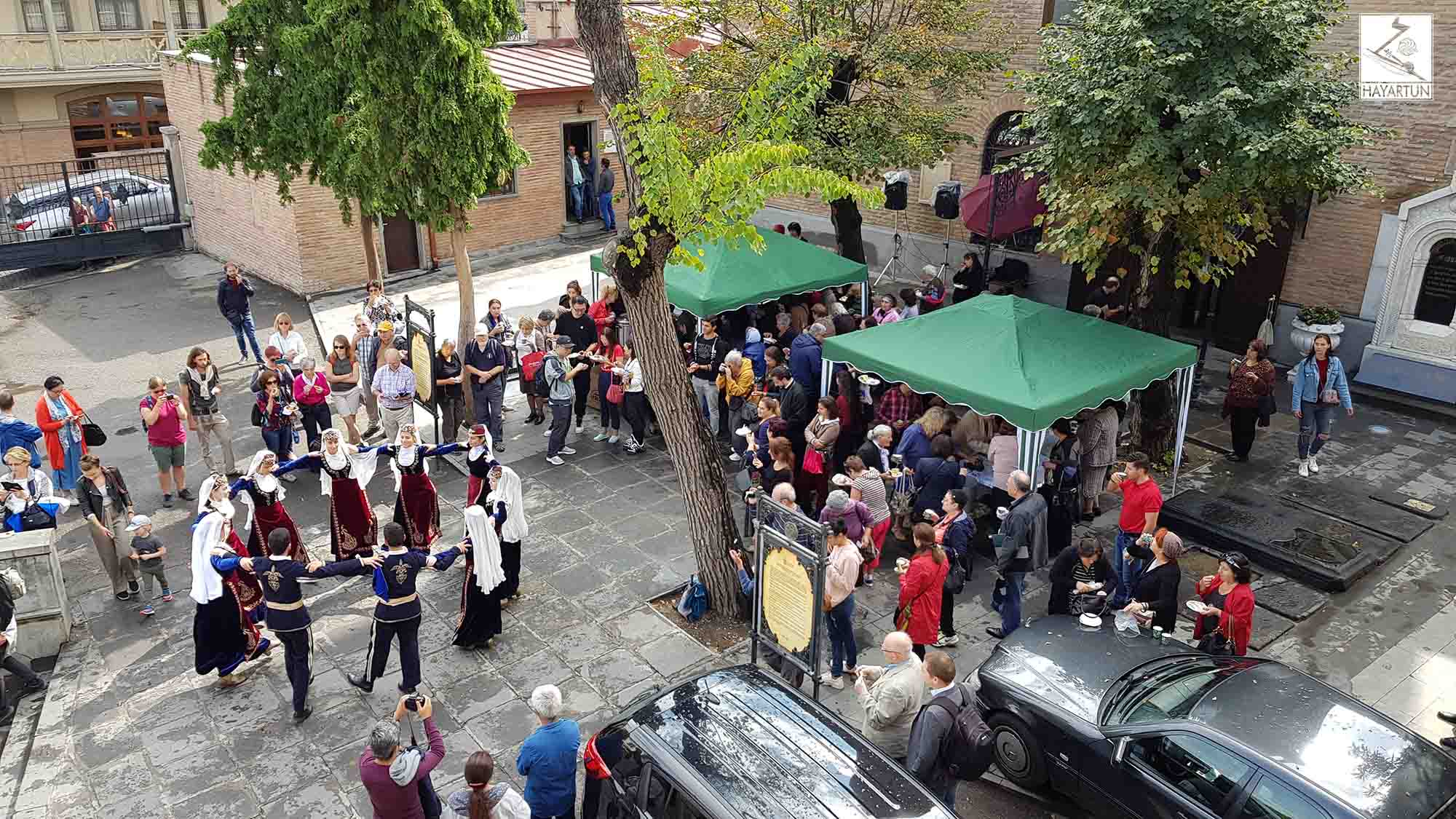