Feast of St. Sarkis the Captain celebrated at the Armenian Diocese in Georgia 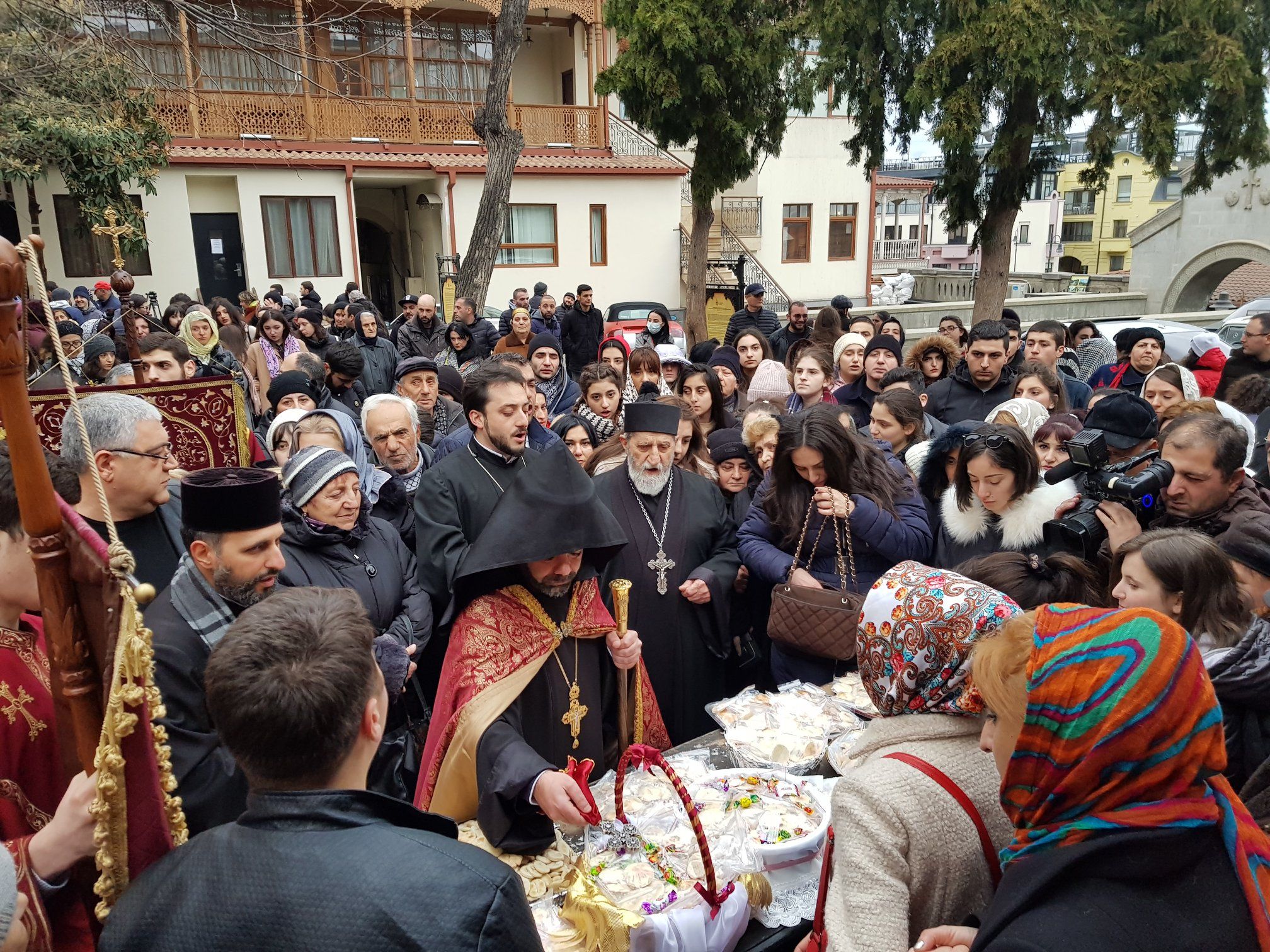 The Feast of St. Sarkis the Captain, his son Mardiros and his 14 soldiers-companions is one of favorite feasts of Armenian Apostolic Holy Church and it was properly celebrated at the Armenian Diocese in Georgia with love and devotion of people.

Armenians in Tbilisi traditionally celebrated St. Sarkis Feast with a march to chapel named after that Saint and built in 1883. This time the tradition was not broken.

On the eve of the Feast, on February 7th, 2020, the pilgrims gathered at the courtyard of Saint Etchmiadzin church in Avlabari, prayed and received blessings of clergymen and afterwards, led by spiritual servants Rev. Father Tatev Marukyan and Rev. Father Kirakos Simonyan, accompanied by clergy and deacons, walked towards St. Sarkis Chapel in Kharpukh district with icons of St. Sarkis and crosses, singing psalms and hymns and praying. The participants of the march stopped and prayed near the ruins of Shamkhoretsots Karmir Avetaran (Red Gospel) church.

All the pilgrims (about several hundred) were able to enter the chapel, light a candle and pray there. During that time, with the participation of spiritual servants, spiritual songs were sung and marchers joined them. After their pilgrimage, the pilgrims reached the Cathedral of Saint George and were joined by hundreds of faithful there. 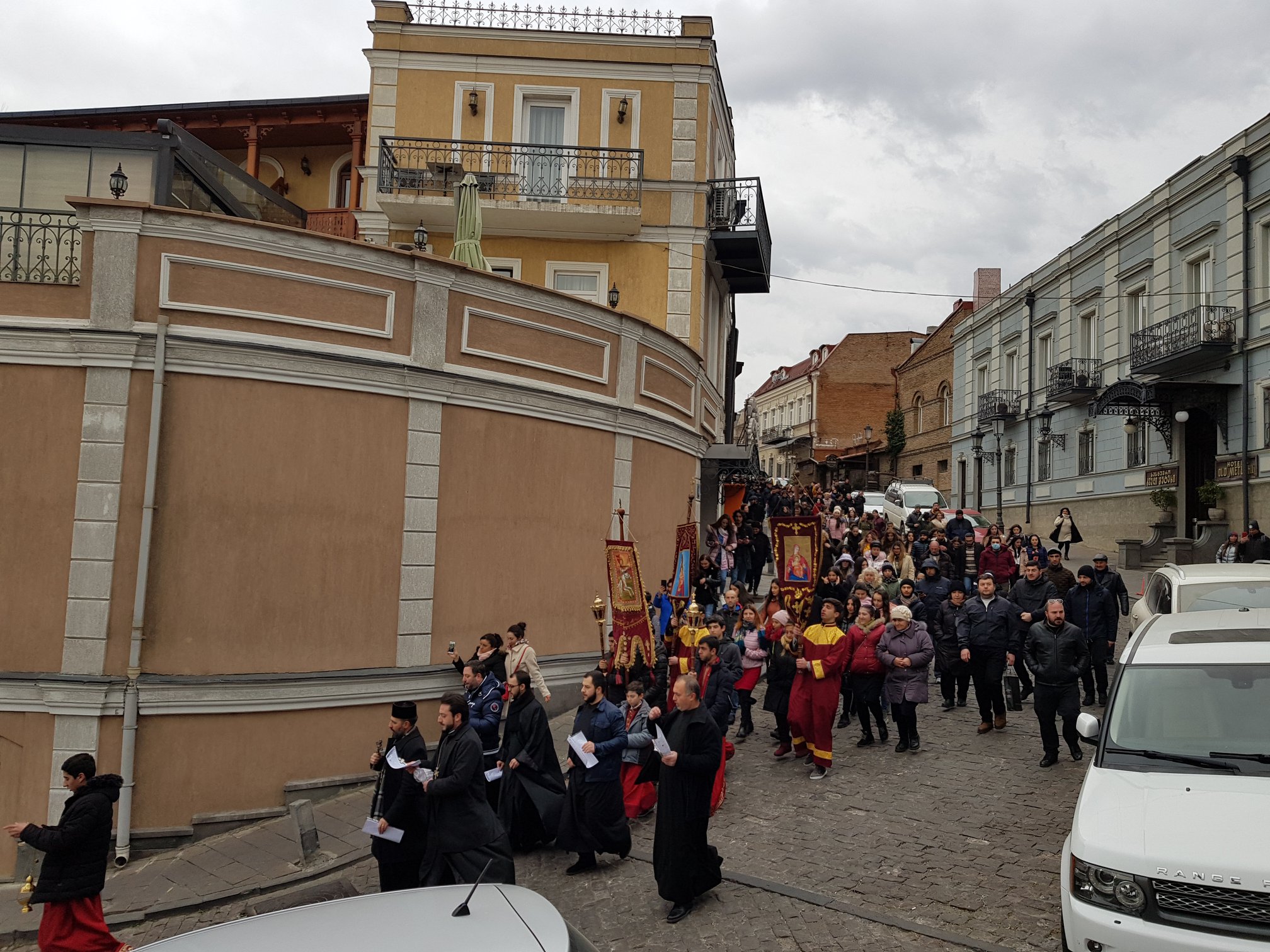 The Cathedral of St. George and the church's yard were full of faithful. Under the presidency of the Vicar of the Armenian Diocese in Georgia, Rev. Father Kirakos Davtyan and with the participation of clergy Evening Service was offered on the eve of the Feast.

At the conclusion of the Evening Service, devoted faithful Susanna Manvelyan told about St. Sarkis, his son Mardiros and his companions.

Rev. Father Kirakos offered his blessings to the attendees, preached about the mystery of the day, St. Sarkis, his son and his companions for the sake of Christianity. Rev Father touched upon the fact, that by the order of His Holiness Karekin II, Supreme Patriarch and Catholicos of All Armenians the Feast of St. Sarkis the Captain was proclaimed as a day of blessing of young people, as well as offered blessing of young people service and wished them fulfill their goals.

The Feast of St. Sarkis is not only celebrated with church ceremonies, but also with folk traditions.

At the end of the Divine Liturgy celebrated on the eve of the feast, the young people gathered in the yard of Cathedral of St. George received blessed salty cookies with the hope that their dreams will come true.

On February 8th, at the Day of the Feats, at the Cathedral of St. George, under the presidency of the Vicar of the Armenian Diocese in Georgia, the Pastor of the church Rev. Father Kirakos Simonyan will celebrate festive Divine Liturgy.

Armenian Diocese in Georgia expresses its gratitude to the Traffic Police Service of the Ministry of Internal Affairs of Georgia for accompanying the march with crosses of the faithful in Tbilisi and ensuring its peaceful duration on cities’ roads. 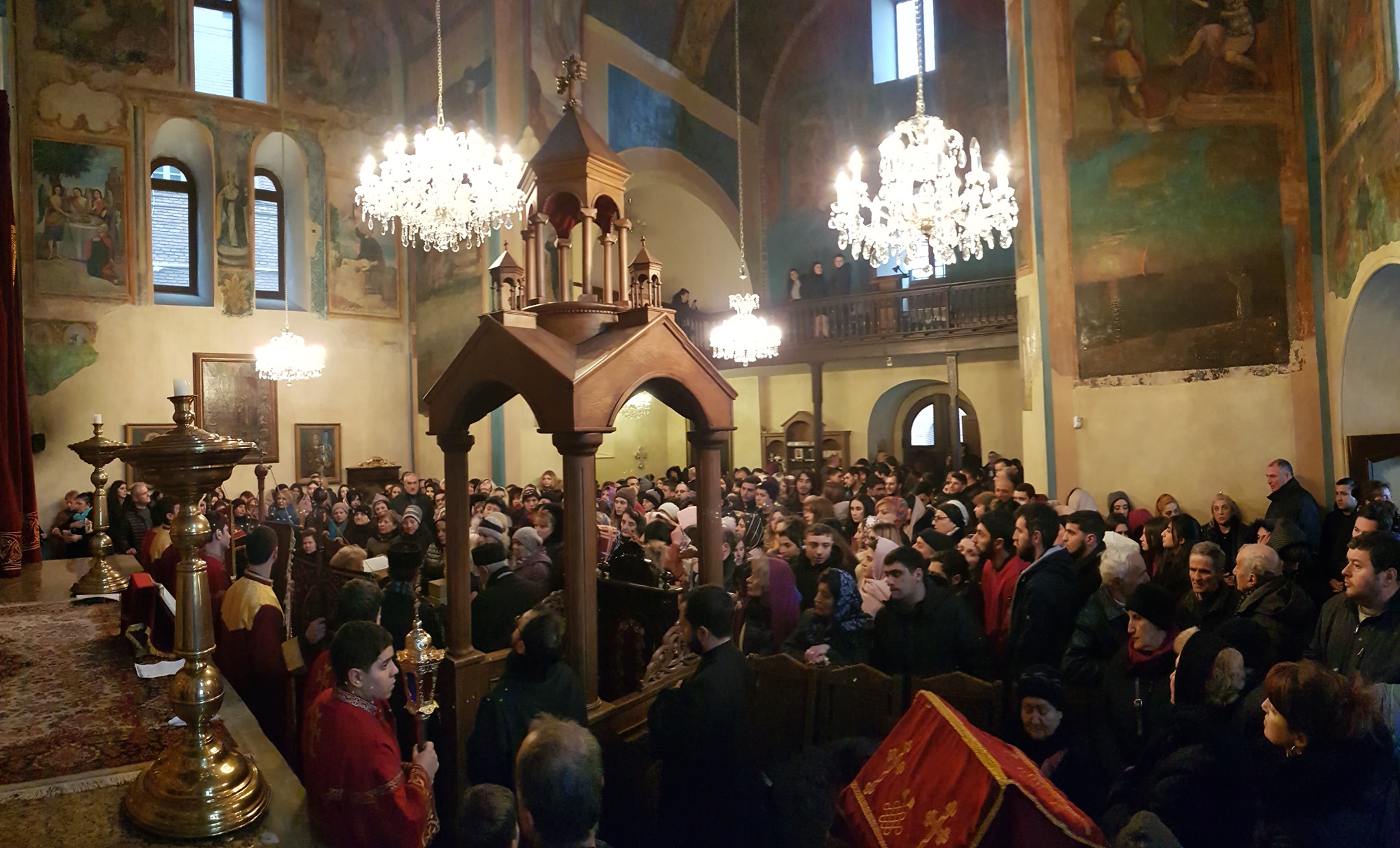