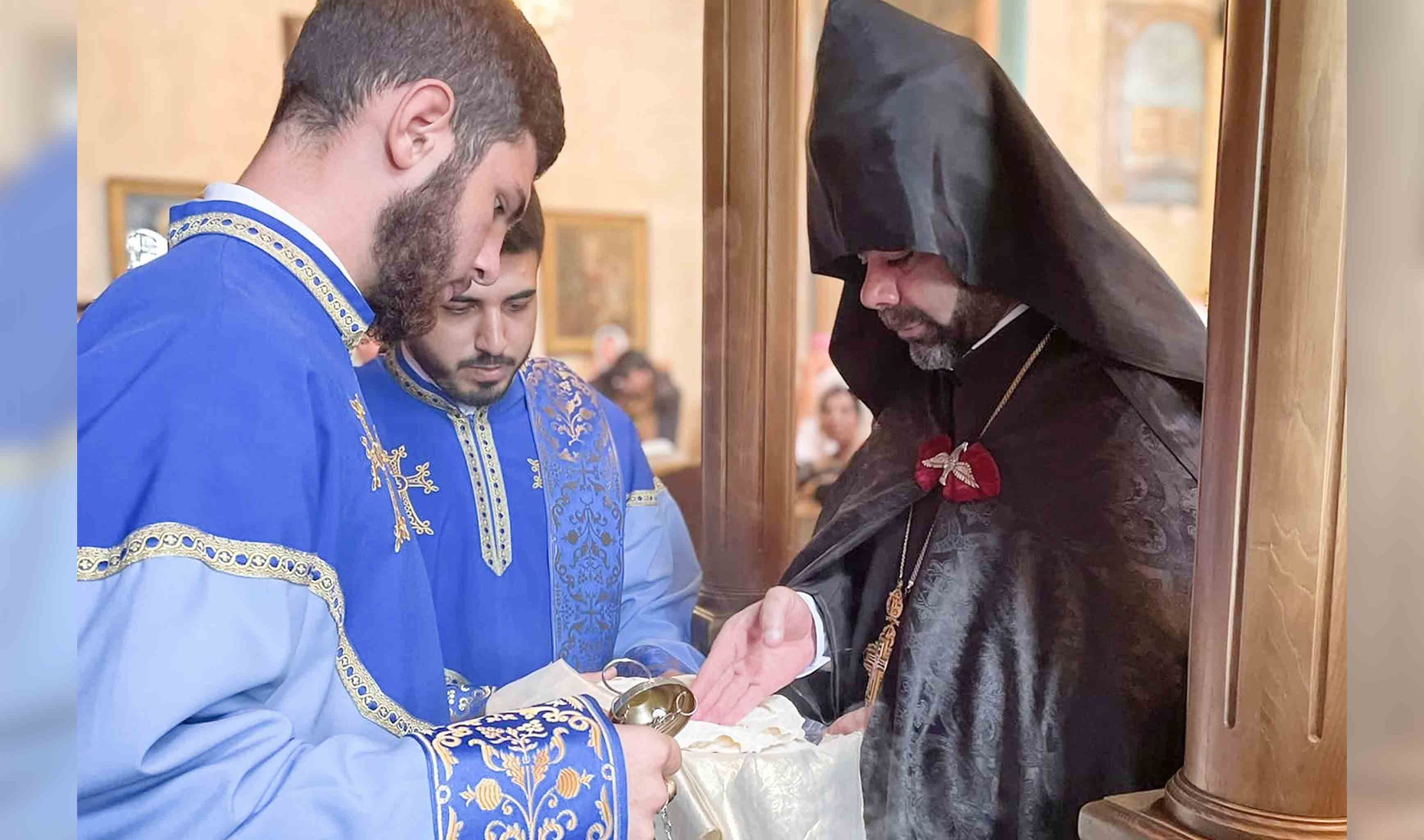 Rev. Father Husik Harutyunyan celebrated Divine Liturgy under the presidency of the Primate of the Armenian Diocese in Georgia, Rev. Father Archimandrite Kirakos Davtyan at the Cathedral of Saint George in Tbilisi. Ashot Smbatyan, the newly appointed Ambassador of Armenia to Georgia, accompanied by the staff members of the RA Embassy participated in the Divine Liturgy.

During the Divine Liturgy, the celebrant properly preached about the mystery of the day, explainedthe meaning of the return of the Holy Cross of God from captivity and its elevation in Golgotha, as well as the touched upon the importance of faith and the mighty of the cross, encouraging the faithful to live with faith and Christian commandments. 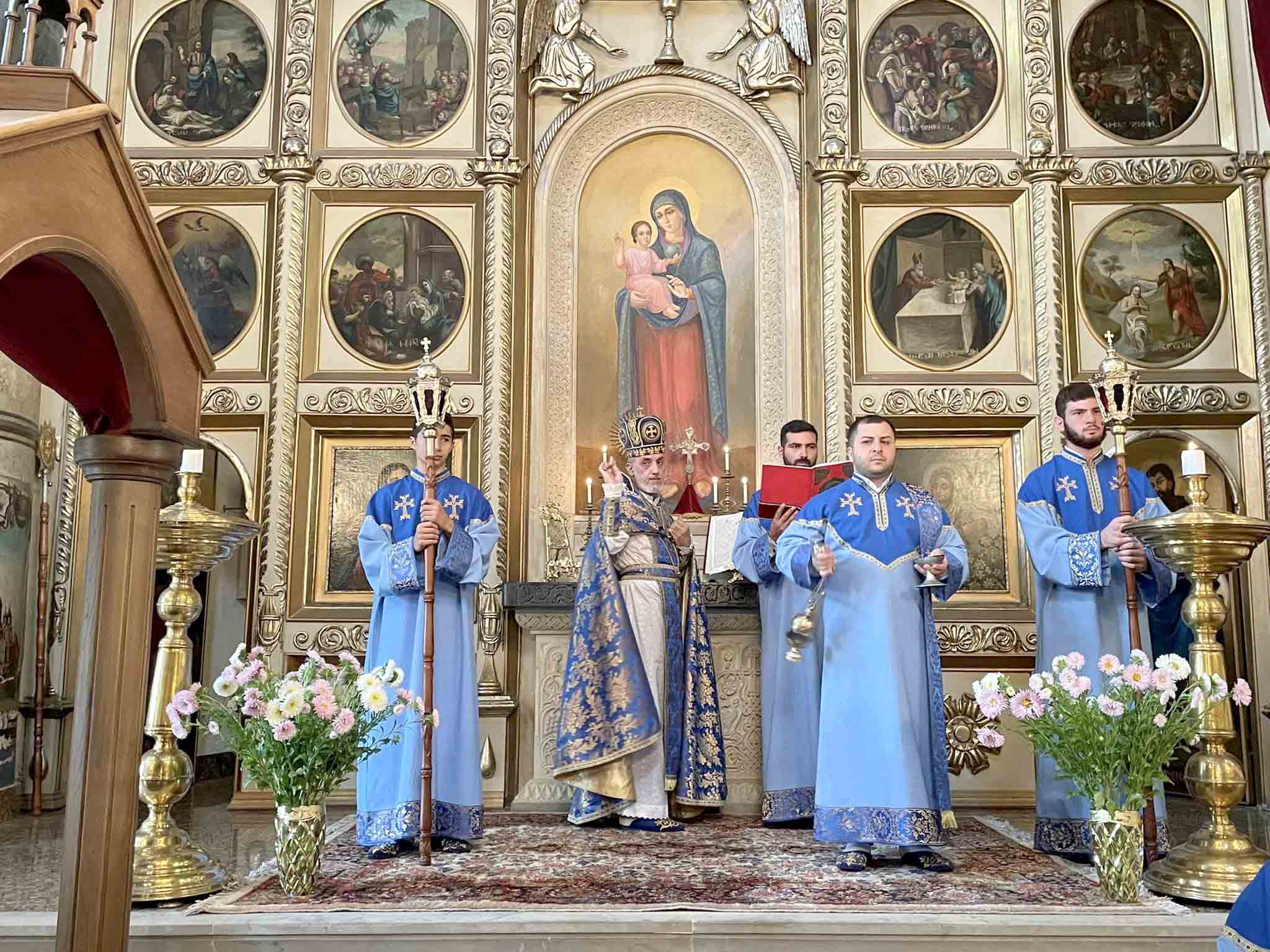 At the conclusion of the Divine Liturgy, the Diocesan Primate congratulated those present on the occasion of the Feast and introduced the newly appointed Ambassador, welcomed him wished a fruitful diplomatic service for the sake of deepening and developing friendship between the two Christian countries.

After the ceremony, Rev. Father Archimandrite Kirakos Davtyan had a private conversation with Ambassador Smbatyan.

In the end, hospitality was held in the church courtyard.

On Monday morning, Divine Liturgy and Requiem Service will be offered in the churches of the Armenian Diocese in Georgia for the peace of souls of the deceased. 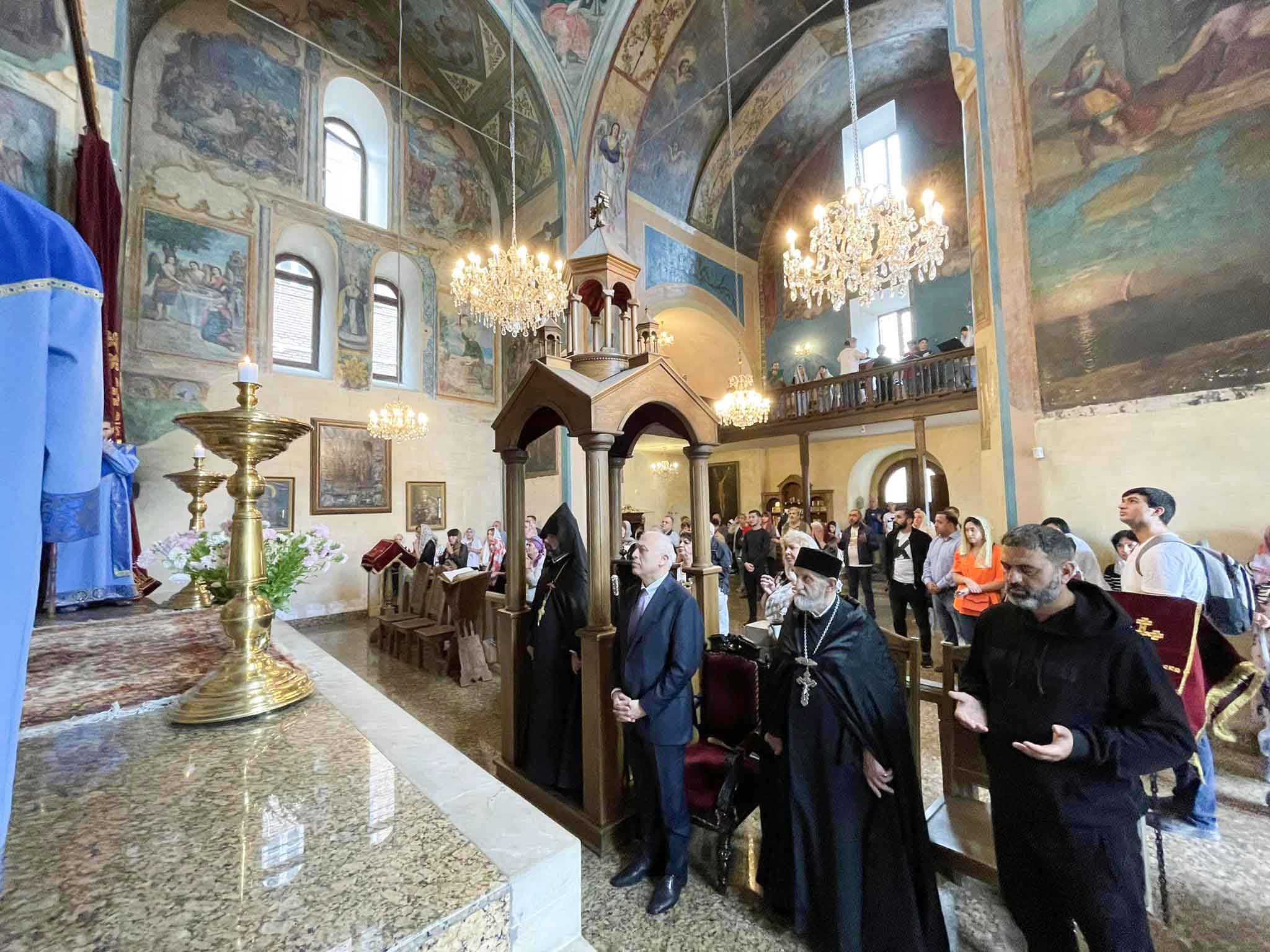