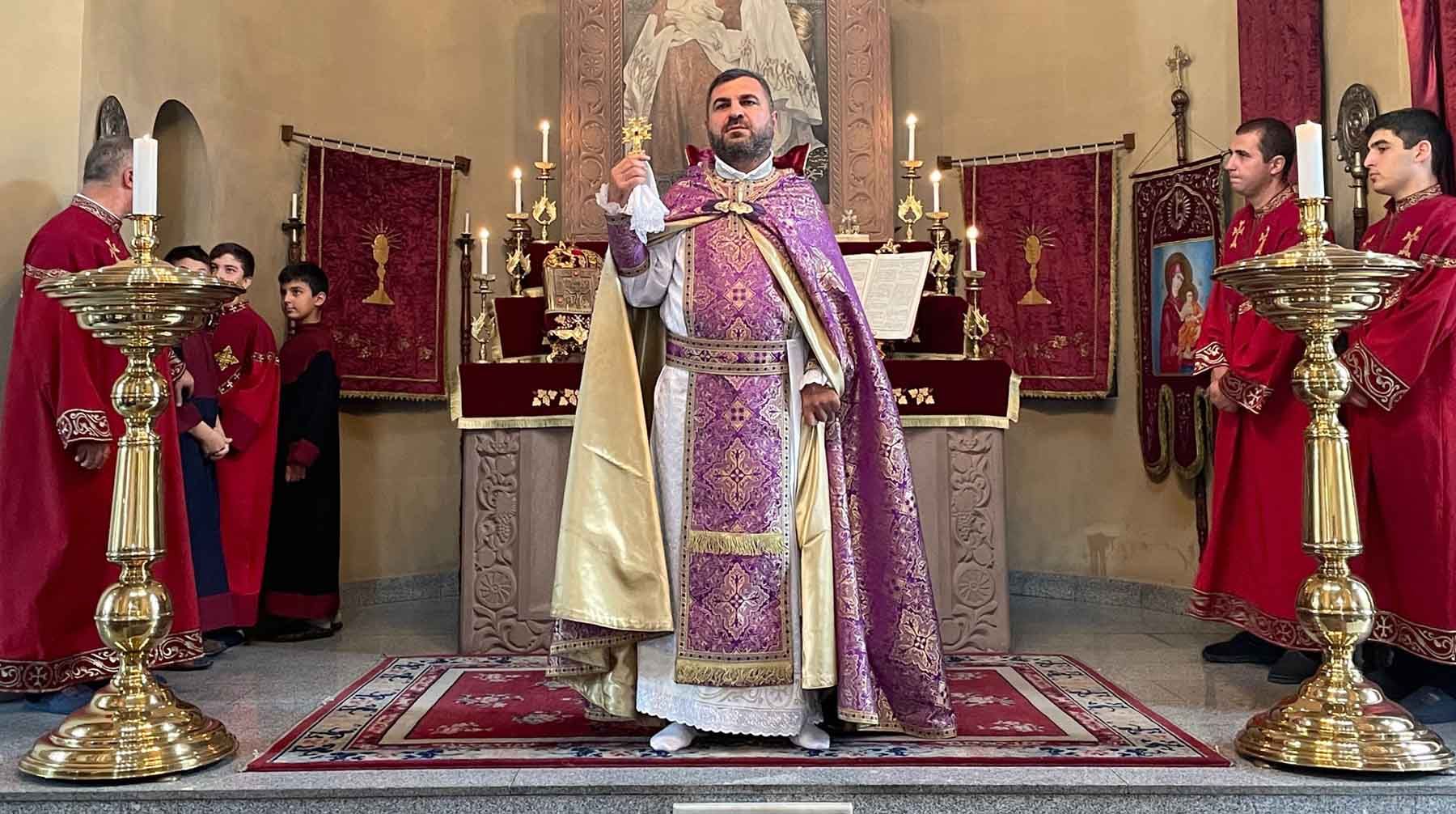 Feast of the Exaltation of the Holy Cross (Khachverats), the last of the five major feasts of the Armenian Church, was properly celebrated at the Armenian Diocese in Georgia. The Feast is movable and in accordance with Armenian Holy Church Calendar, in 2021 it was celebrated on September 12.

Despite the restrictions in the country due to the coronavirus and the lack of public transportation, the presence of faithful in the two churches operating in Tbilisi (the Cathedral of Saint George and Saint Etchmiadzin church) was sufficient.

During the Divine Liturgy, celebrant Rev. Father Rev. Father Samvel Torosyan properly preached the mystery of the day. The latter touched upon feasts dedicated to the exaltation of the cross, the return of the Holy Cross of God from captivity and its elevation in Golgotha and that is why the Feast is called Khachverats, or Srbkhetch.

At the conclusion of the Divine Liturgy, Rev. Father Archimandrite Kirakos Davtyan addressing the faithful, explained the meaning and mighty of the cross, encouraged the faithful to remain steadfast in their faith, to be worthy of carrying the cross, to appreciate and maintain national and church values and to convey them to generations, as well as to keep unshakable their relations with the House of God.

The major Feast of the Armenian Church, the Feast of the Exaltation of the Holy Cross, was honored with the presence of the acting Chairman of the Isani regional department Kakhaber Labuchidze. The latter, after his visit to the Cathedral of Saint George, also visited Saint Etchmiadzin church in Avlabari within the framework of the self-government pre-election campaign. After the Divine Liturgy, he stayed in the churchyard for a long time, giving the attendees the opportunity to approach and inform the MP candidate about the issues of their concern.

On the same day, the service dedicated to the exaltation of the cross took place. After the Evening Service, procession of the cross took place led by the clergy and consisted by deacons and faithful. The cross was processed around the churches and people were blessed with rosewater. After the cross processing around the churches under the singing of hymns and psalms, the basil, which is the flower of the cross, was blessed. The blessed basil was given to the faithful.

The Feast of the Exaltation of the Holy Cross was celebrated with Divine Liturgies in the all operating churches of the Armenian Diocese in Georgia.

Monday, September 13, is the Day of Remembrance. Requiem Service will be offered in the churches of the Armenian Diocese in Georgia for the peace of souls of the deceased. 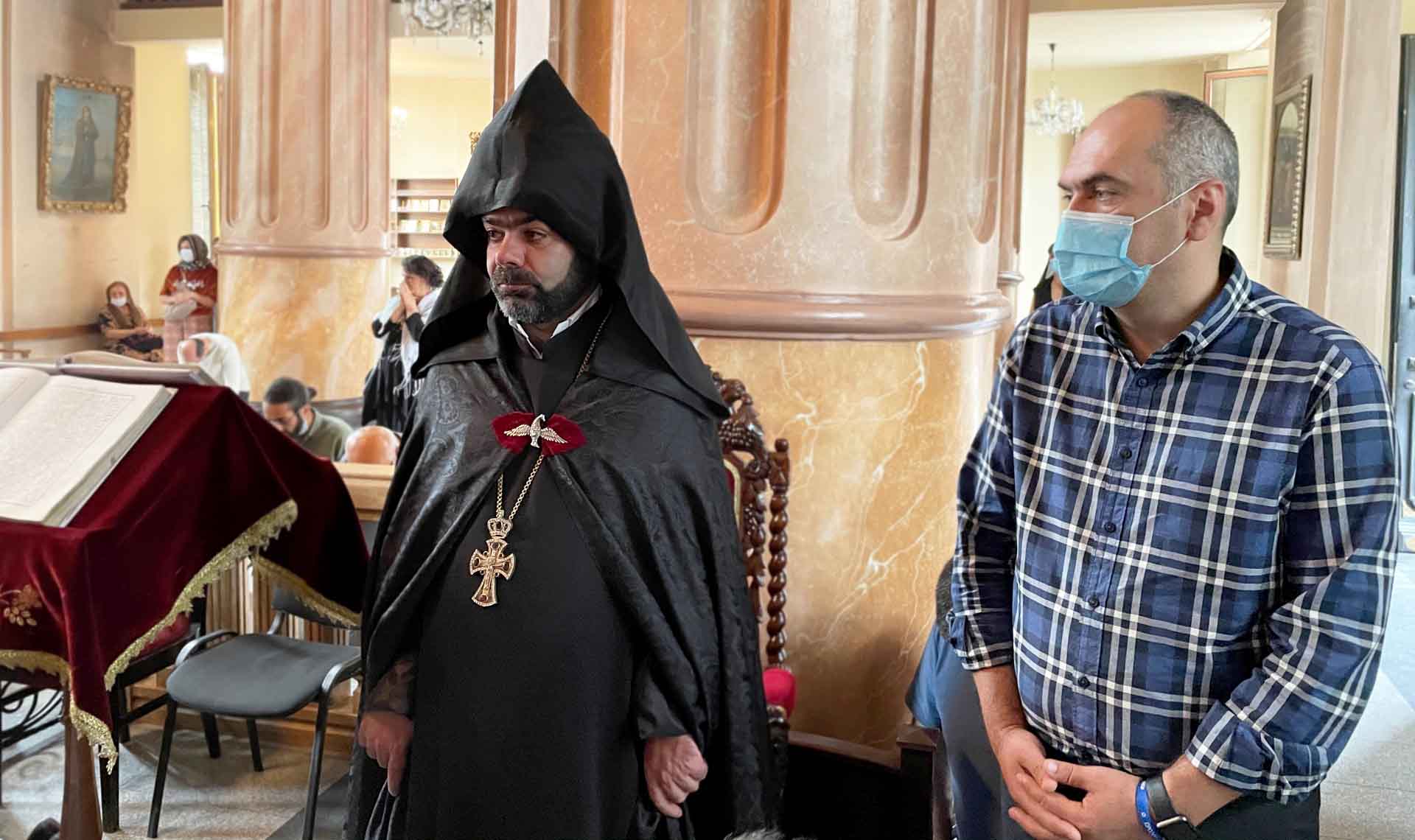