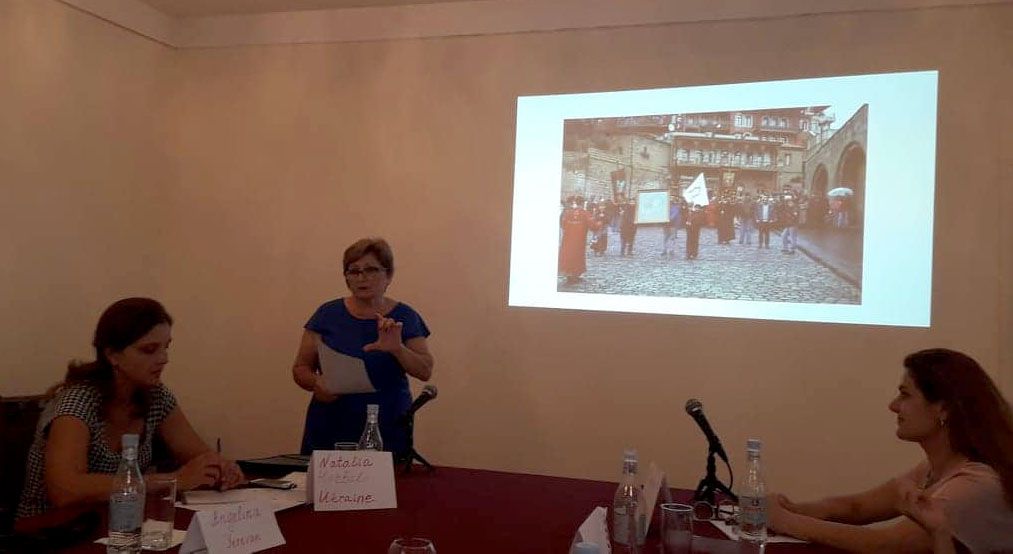 On September 20-22, 2019, a three-day meeting with the participation of women from neighboring Russian-speaking countries of Ecumenical Forum of European Christian Women took place in Yerevan. The meeting was organized by the Forum of Armenian Christian Women, and representatives from Ukraine Moldova and Armenia participated. It is noteworthy that the representatives of the church loving-women from Christian organizations of Georgia, as guests, participated in such a meeting for the first time. They were "Shushanik" Association of church-loving women (Chairperson Susana Khachatryan) of the Armenian Diocese in Georgia; Priest of Evangelical Lutheran Church of Georgia Irina Soley and representative of the Catholic Church's women diocese Noyem Tarzyan.

The slogan of the meeting was: "The Woman and the Good News" based on John Evangelist's words, "Go unto my brethren, and say unto them…" (John the Evangelist, 20.17).

During the working three days of the meeting, members of the Ecumenical Forum from different countries presented the history, areas of activity of their churches – Apostolic, Orthodox, Catholic, Evangelical, and Lutheran Churches. These activities include the preservation of spiritual and national values, transmission of traditions, dissemination and deepening of Christian faith, education and upbringing of the youth generation in atmosphere of Christian love and friendship. All the speeches were accompanied by relevant photos and videos, presenting their religion and belief, devotion to church and their mission to unite all Christian women to serve Jesus Christ.

Representatives from Georgia, impressed by the effectiveness of the meeting, presented in their speeches the work being done in their churches in order to preserve, maintain and develop the spiritual, national, folk and traditional values. For example, Gohar Mazmanyan, Vice-Chairperson of "Shushanik" Association of Armenian Women in Georgia, showed photos and presented in detail in her speech about maintenance of celebrations of feasts of Saints of the Armenian Apostolic Holy Church, and national values, development of national culture, dissemination of the native language, as well as activities for bringing young people closer to the church which is expanding from day to day already transformed from community event into urban event. Representatives of Evangelical Lutheran and Catholic churches presented information about Ecumenical events, cooperation with various religious organizations.

At the conclusion of the meeting, the importance of establishment of a similar forum in Georgia was highlighted, it was mentioned that "Shushanik" Association of Armenian Women in Georgia as well as Evangelical Lutheran and Catholic Churches could became a basis for such a forum in Georgia. 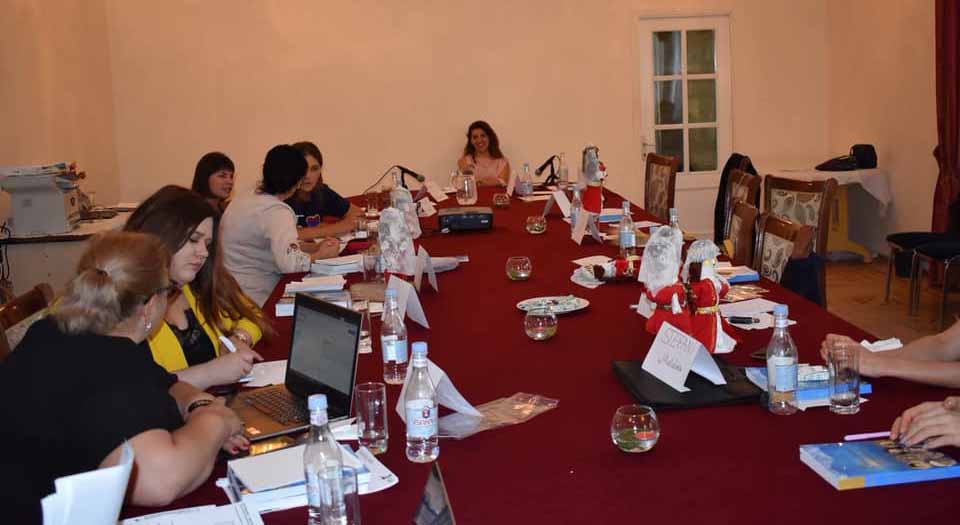 During the meeting visits were organized to the Mother See of Holy Etchmiadzin, Khor Virap Monastery, as well as walk in beautiful Yerevan. The participation and master class of making national puppets by the chairperson of the "Kean" Union Srbuhi Movsisyan was impressive.

The Ecumenical Forum of European Christian Women was established in Switzerland in 1982 and has been bringing together women from various churches, religions and beliefs throughout Europe for more than 30 years. Numerous seminars, conferences, and assemblies have been organized over the decades to contribute identify common ground for working together, collaborating and sharing experiences.