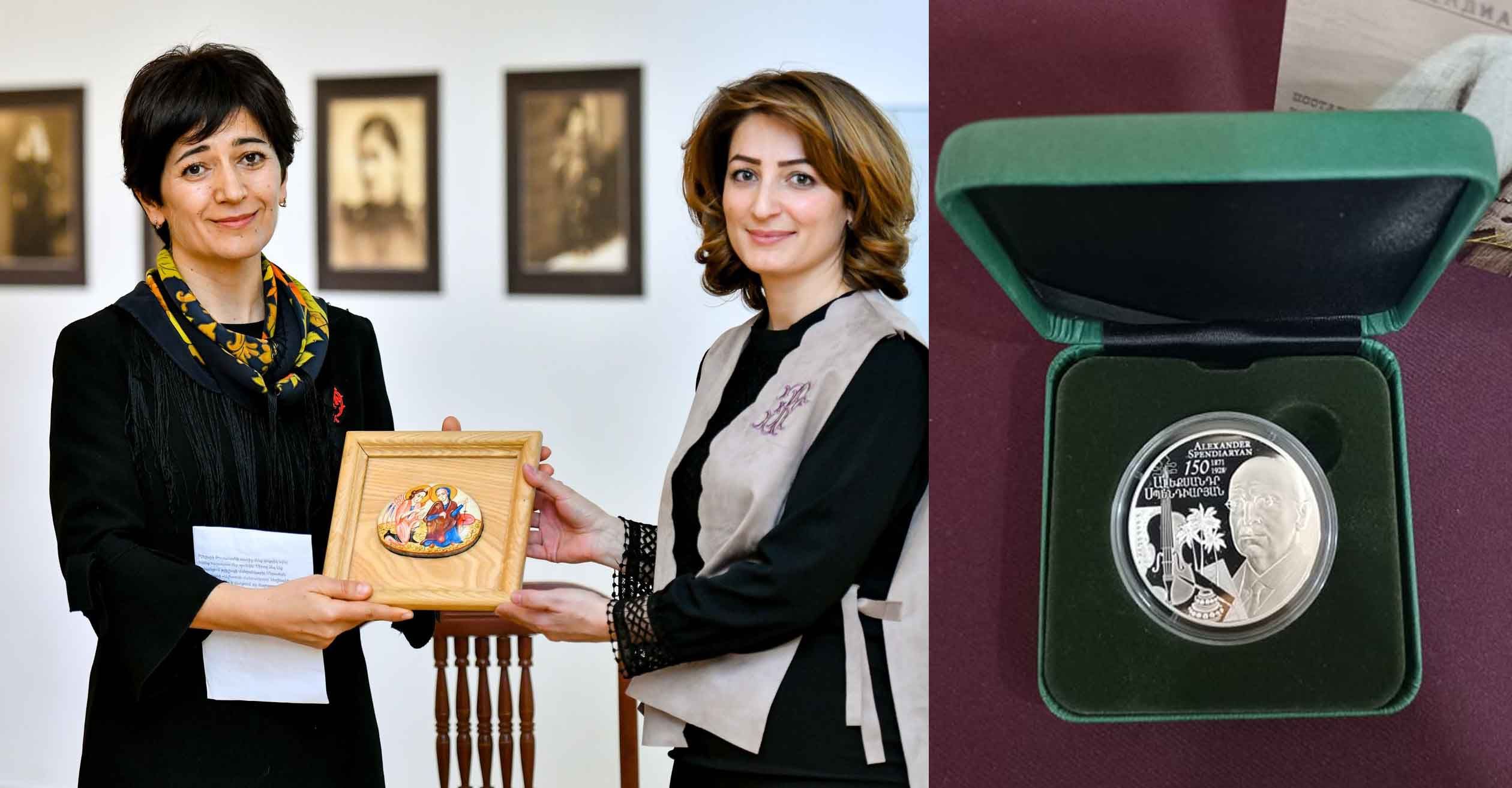 On December 22, 2021, “Olga Tumanyan – 150” jubilee event was held in Hovhannes Tumanyan House Museum in Yerevan. At the invitation of the Museum and with the blessings sponsorship of the Primate of the Armenian Diocese in Georgia Rev. Father Archimandrite Kirakos Davtyan, a delegation from “House of Hovhannes Tumanyan'' Center for Science and Culture of the Armenian Diocese in Georgia, consisted of Gisane Hovsepyan, Gohar Mazmanyan and Ella Tadevosyan participated in the event. The jubilee event was honored with the presence of the Director of the Conceptual Affairs Office of the Mother See of Holy Etchmiadzin, His Grace Bishop Vazgen Mirzakhanyan who joined the event with his blessings and warmest wishes.

The event launched with the presentation of the book “Mother” by the director of the Museum Ani Yeghiazaryan. The book is completely dedicated to Tumanyan’s wife Olga Mackalyan.

The attendees watched the film “Mother” made by the Museum and dedicated to Olga Tumanyan. The opinions and views of Doctors of Philology Avik Isahakyan and Azat Yeghiazaryan were presented and the role of Mrs. Olga in the maintenance of Tumanyan’s literary heritage was highly valued in the film. The memories and messages of Tumanyan’s granddaughters Surma Tumayna (Saint Petersburg) and Irma Safrazbekyan (Germany, Heidelberg) about their grandmother were presented. At the request of Irma Safrazbekyan, the box of Olga grandma’s cigarettes was handed over to the Museum by the Doctor of Philology, Professor Sergo Yeritsyan. Grandchildren of Tumanyan’s brothers, Henry and Laura also attended the event and shared their memories about Mrs. Olga. 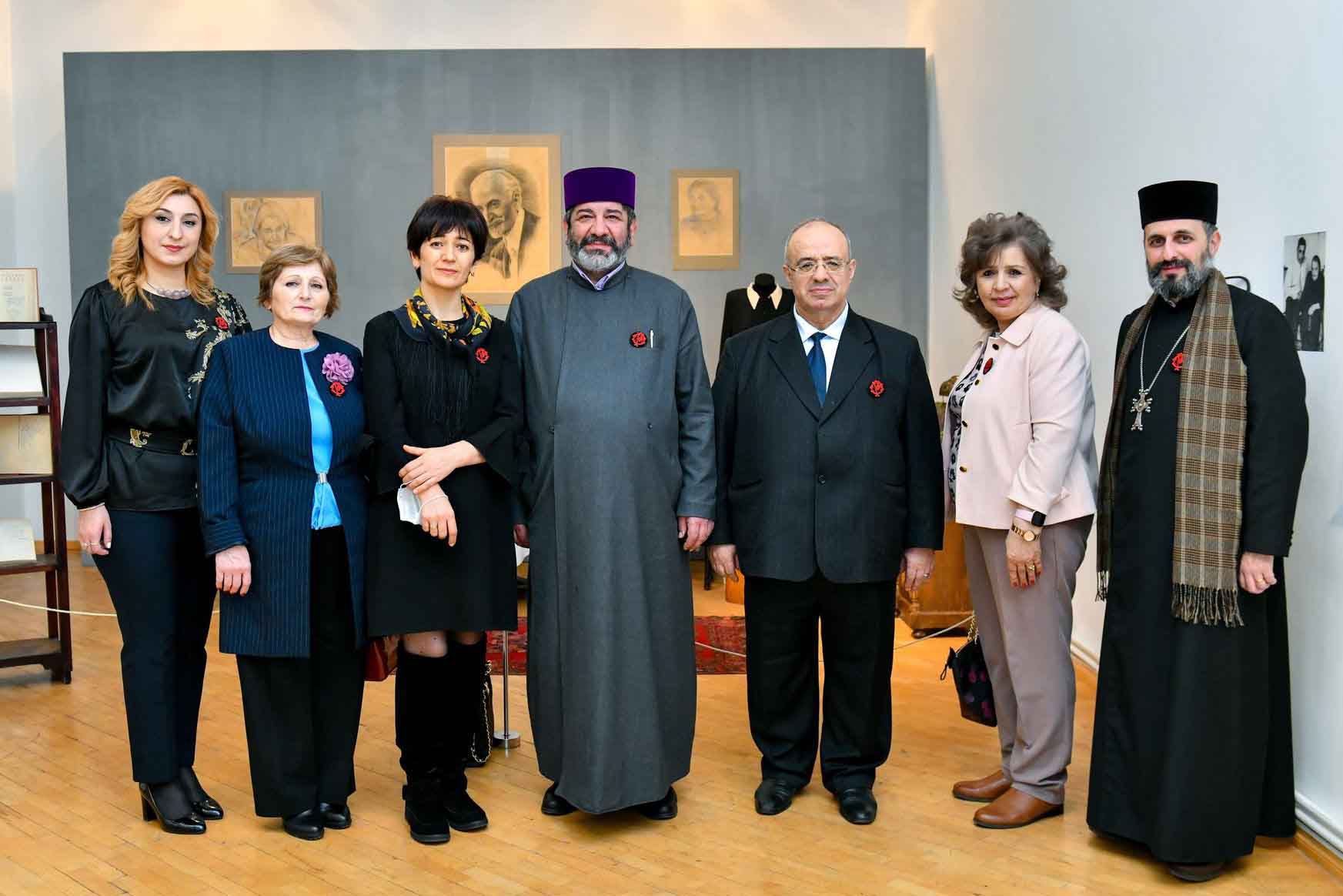 Gisane Hovsepyan, Head of the “House of Hovhannes Tumanyan” Center for Science and Culture, informed in her welcoming speech that Armenians in Georgia have already celebrated the 150th anniversary of their great compatriot in the Tasmanyan’s family house in Tbilisi. Gisane Hovsepyan handed over to the Museum the work of the Armenian miniature painter from Georgia Meruzhan Shahumyan “Avetum” (“Annunciation”).

The attendees watched the exhibition dedicated to Olga Tumanyan and consisted of things, which belonged to her or were related to her. A hospitality with cake, drinks, and jams prepared in accordance with Olga’s recipes took place.

The staff members of the “House of Hovhannes Tumanyan'' Center in Tbilisi also visited the Alexander Spendiaryan House Museum in Yerevan and met with the staff of the House Museum. The director of the House Museum Marine Otaryan, as a beautiful memory of the “Spendiaryan – 150” jubilee events, asked the guests to hand over the commemorative medal with his name to the Primate of the Armenian Diocese in Georgia.

The last event of “House of Hovhannes Tumanyan” Center this year truly became one of the most beautiful and bright pages of the Center’s history.