Journey to the Past 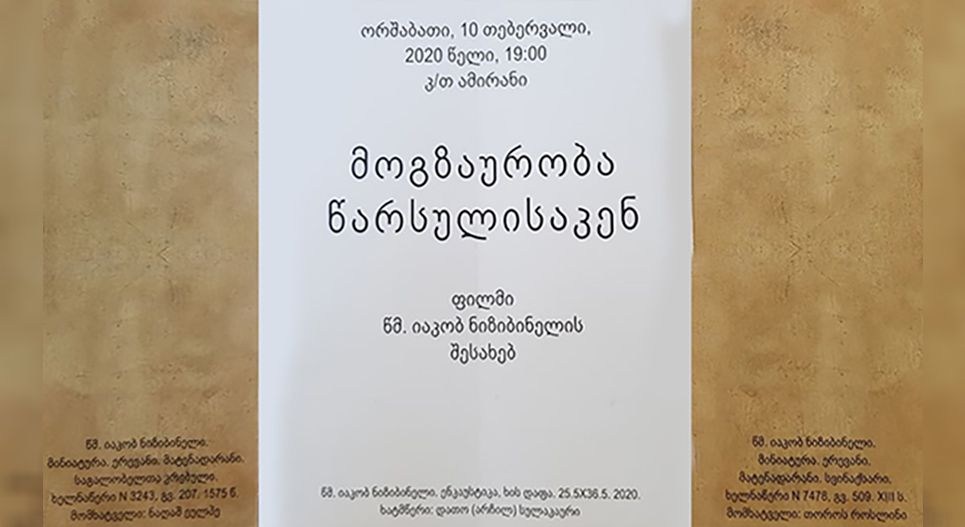 On February 10th, 2020, the group of officials of the Armenian Diocese in Georgia, with the participation of clergy and led by the Diocesan Vicar, Rev. Father Archimandrite Kirakos Davtyan attended the screening of the ''Journey to the Past'' documentary film dedicated to Patriarch Jacob of Mstbin (Hakob Mtsbnetsi) at ''Amirani'' cinema in Tbilisi.

Welcoming the guests, the President of Georgia Ms. Salome Zurabishvili as well as the attendees, Metropolitan of Akhalkalaki and Gumbordo His Eminence Nikoloz Pachuashvili specially expressed his gratitude to Vicar of the Armenian Diocese in Georgia, Rev. Father Kirakos Archimandrite Davtyan for organizing his visit to Armenia, as well as for helping him to see the sacred relics of the Noah's Ark, visit to Patriarch St. Jacob of Mtsbin church, and assistance in getting acquainted with the materials kept in Mesrop Mashtots Matenadaran in Yerevan.

Turning into reality his dream the Metropolitan recorded his journey in a two-hour documentary film where he tells about his journey to the past, presenting what he has seen, giving rich information about Jacob of Mtsbin, his miracles and his devotion to the Christian faith.

The film was interesting and full of the significance of Noah's Ark's resting on Mountain Ararat, the Armenian church, which was the first church that declared Christianity a state religion, as well as with description of the importance of two Christian churches cooperation and the historical pages of the centuries-old Armenian-Georgian friendship.

The beloved Patriarch Saint Jacob of Mtsbin was the aunt's son of Gregory the Illuminator, he was born in Mtsbin town and after being rescued from tragic massacre of his family he chose ascetic life and became a clergyman. He decides to climb Mountain Ararat to see Noah's Ark and bring a piece of it with him. However, unable to reach the top of the Mountain and after long suffering and prayer he falls asleep. The angel of the Lord visits him and places a piece from the Ark under his head: ''No one should see the Ark. According to your desire, take the piece of wood and go home'', the angel says. That relic from Noah's Ark is still keeping in Mother See of Holy Etchmiadzin. During the centuries it was not be decay.

St. Jacob's relic – his right hand is keeping in Mother See of Holy Etchmiadzin and bringing out on the occasions of celebrations. 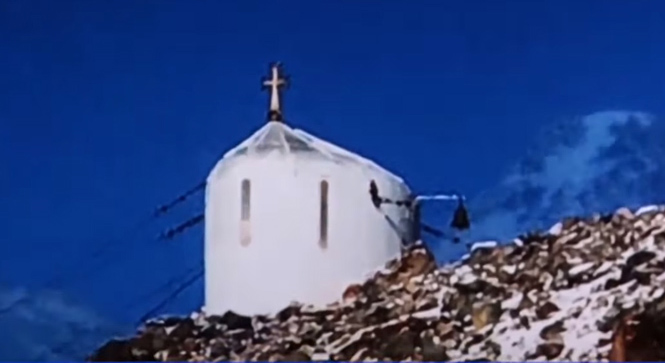