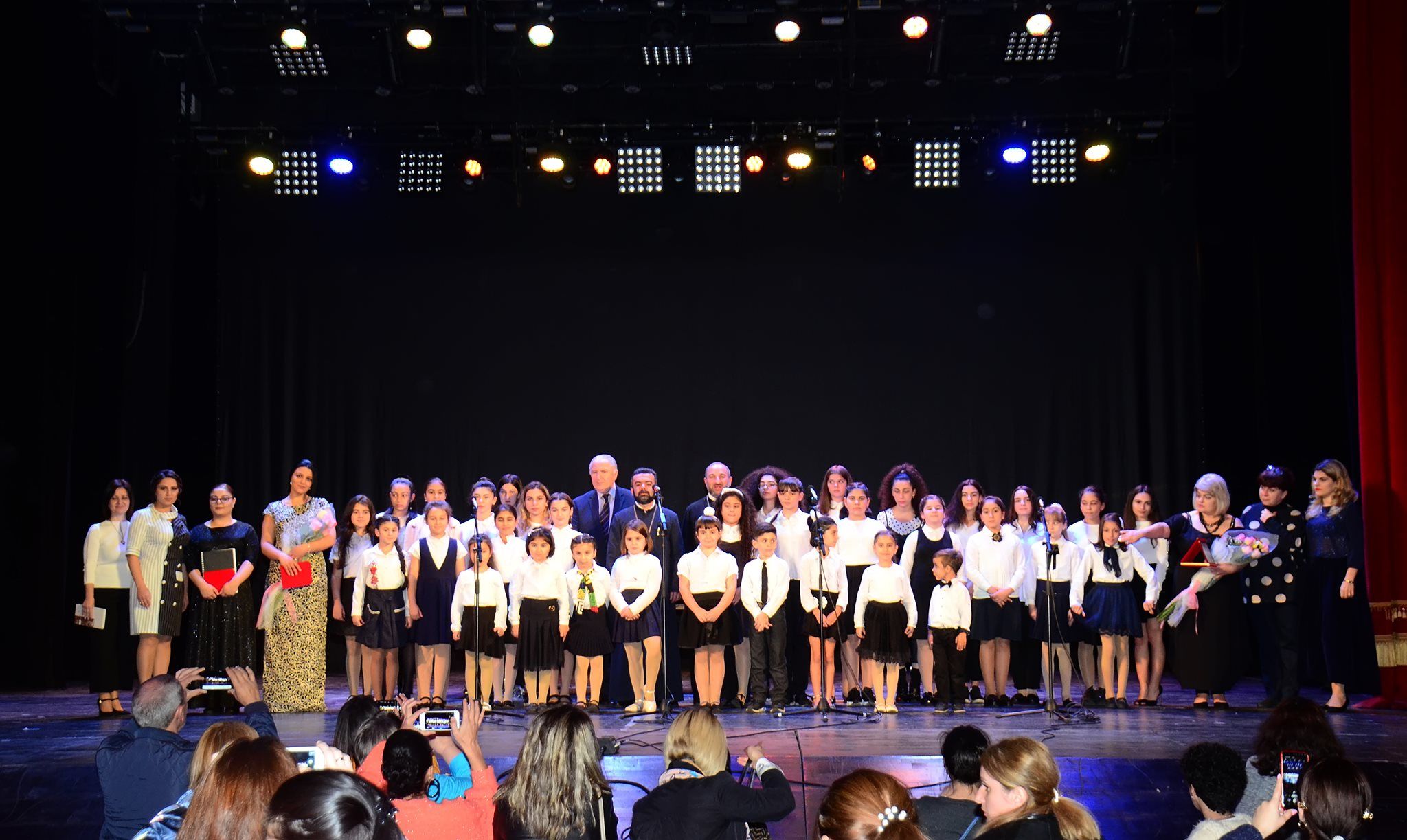 On October 30, 2019, an event dedicated to Komitas Archimandrite's 150th anniversary was celebrated in Batumi Musical Theatre. A large-scale exhibition of Tumanyan's photos was organized in the theatre building as a tribute and respect to the glorious anniversaries of two great sons of our people, Hovhannes Tumanyan and Komitas Archimandrite (Komitas Vardapet).

Sona Hovhannisyan, Head of the "Alexander Mantashyants" Center gave opening remarks. The latter and Kristine Tadevosyan, representative of the Armenian community in Batumi, presented the life and activity of Komitas Archimandrite and conduced the celebration event. The "Aghbiur" ("Source") Choir of the Center, headed by Choirmaster Ruzanna Ovanisyan; "Batumi" Choir of Autonomous Republic of Adjara, headed by Choirmaster Tchabouki Surmanidze performed at the event. 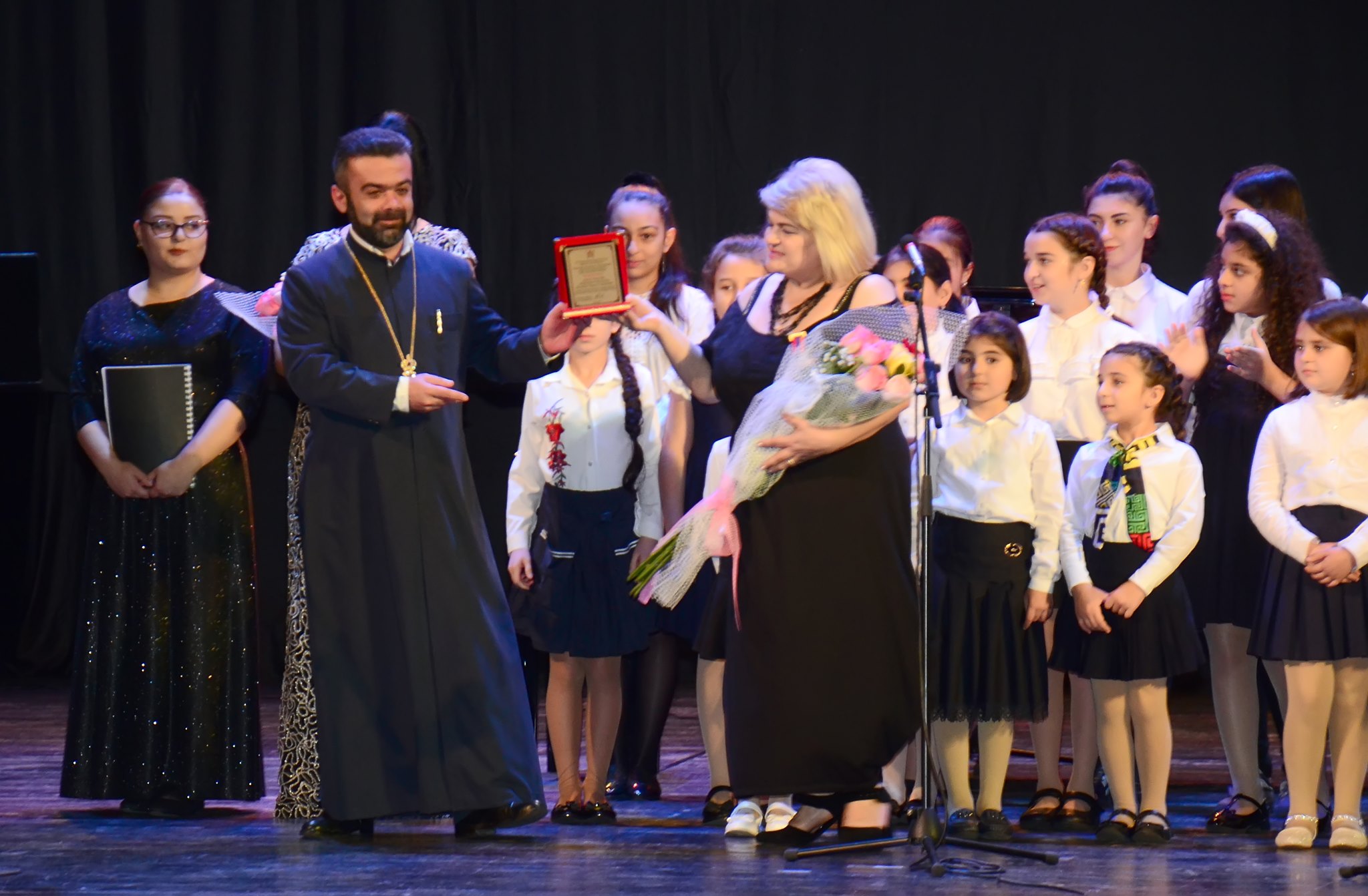 At the conclusion of the event, Consul General of Republic of Armenia in Batumi Yeghishe Sargsyan and the Pastor of Armenians in Adjara, Guria, Imereti and the Saint Savior (Surb Prkich) church in Batumi Ararat Gumbalyan made speeches.

The event was concluded by the Vicar of the Armenian Diocese in Georgia, Rev. Father Kirakos Davtyan who offered his blessings to the attendees. Rev. Father highly appreciated the activities of the "Alexander Mantashyants" Center, work done by the organizers of this event and gave certificates to the participants of the event. Rev. Father Kirakos touched upon the 150th anniversary of another great son of our people Hovhannes Tumayna, presented to the attendees the bilingual edition of Tumanyan's quatrains and other works published in Georgian language and due to the support of the Ministry of Culture of Georgia and with sponsorship of the Armenian Diocese in Georgia. Rev. Father gave the book as a gift to Rev. Father Ararat.

On October 31, the visit of the Vicar of the Armenian Diocese in Georgia to Adjara ended. 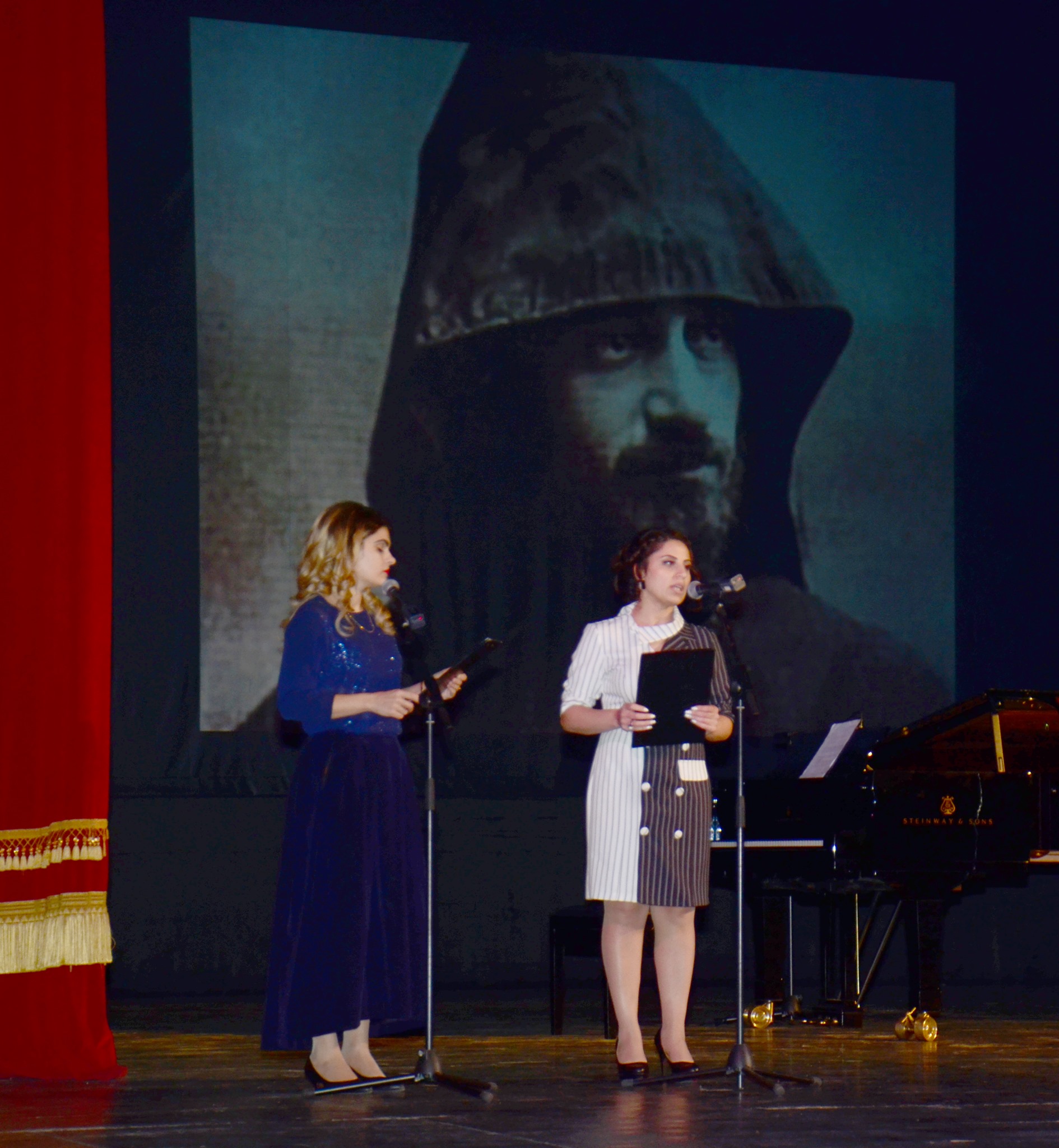