Komitas Vardapet's birthday was marked with a jubilee event in Tbilisi 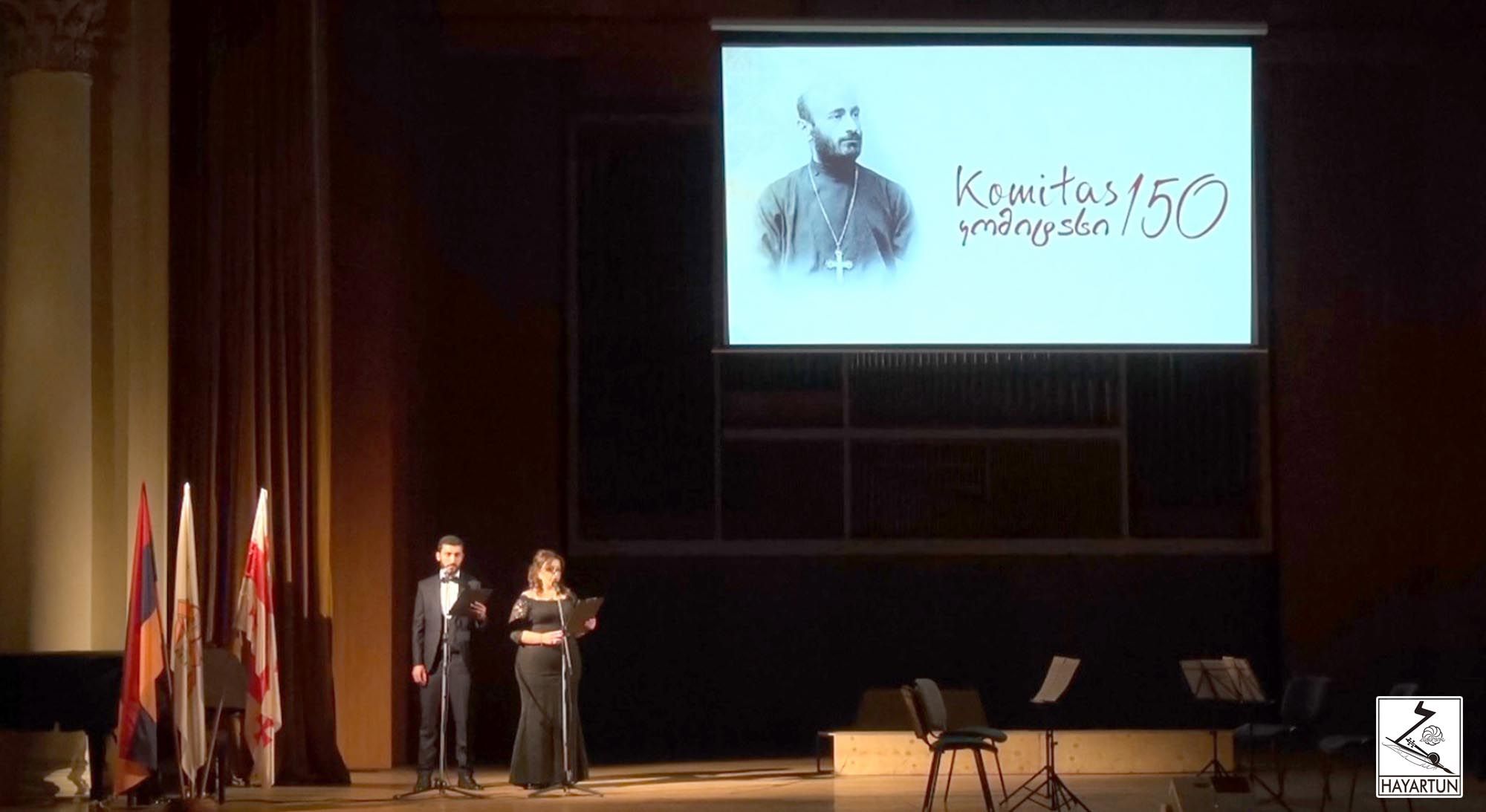 On September 26, 2019, the anniversary of the founder of Armenian classical music, spiritual and folk music pioneer Komitas Vardapet's (celibate priest) was marked with a jubilee event in the big concert hall of Tbilisi Vano Sarajishvili State Conservatory.

The commemorative event planned by the community committee of Hovhannes Tumanyan's and Komitas Vardapet's anniversaries was implemented by the initiative of Headquarters of the Armenian Diocese in Georgia, with the support of RA Ministry of Education, Science, Culture and Sport and with the sponsorship of benefactors Sergey Simonyan and Professor of Tbilisi State Conservatory Ernest Arakelov.

The hall was full of spectators. The event was honored with the presence of Rev. Fathers, clergy of the Armenian Diocese in Georgia, Armenian and Georgian officials: Chairman of the State Agency for Religious Issues Zaza Vashakhmadze; Professor Sergo Vardosanidze, Rector of the Saint Andrew the First-Called Georgian University of the Patriarchate of Georgia, musicians and admirers of Komitas' music art. 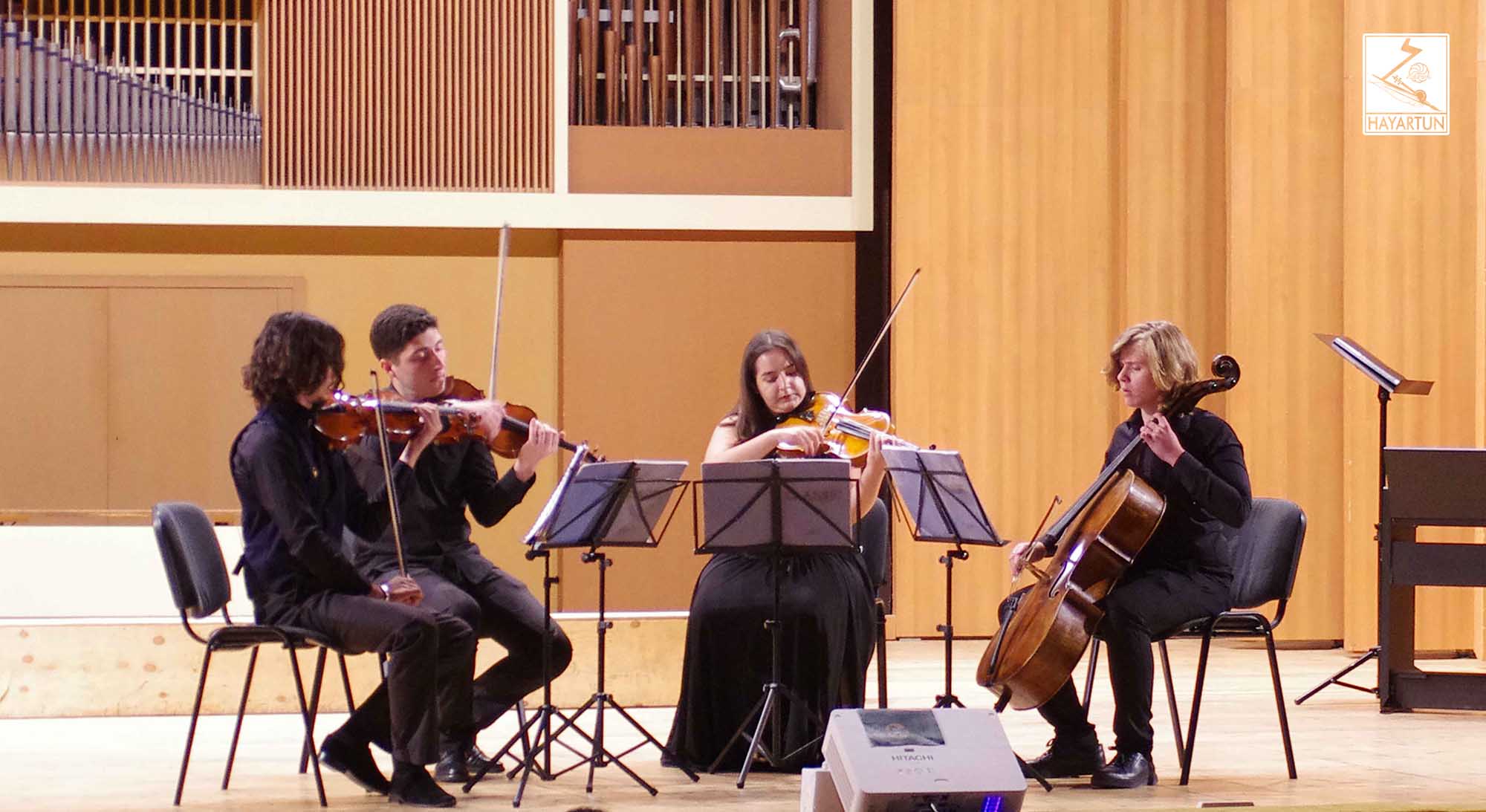 The Vicar of the Armenian Diocese in Georgia, Rev. Father Kirakos Davtyan and Metropolitan of Akhalkalaki and Gumbordo (Georgian Orthodox Church) His Eminence Nikoloz Pachuashvili offered their blessings and welcomed the guests.

After wonderful performance of Komitas' "Antouni" song, melodies of his songs spread by string quartet named after Konstantine Vardeli (led by Professor Ernest Arakelov). Hymns and psalms were sung, Komitas' songs were performed by clarinetist Dimitri Bokolishvi, Makar Yekmalyan Choir of the Armenian Diocese in Georgia (Choirmaster Svetlana Tatoeva, pianist Karen Mirzoyan). During the evening, fragments from a documentary film about Komitas' life and activity were screened. Eugenia Markosyan and Suren Abramyan, who conducted the event, read appreciations of great figures to genius Komitas.

The concert was concluded with the "Krounk" ("Crane") song, which is a symbol of Armenians nostalgia and homesickness, performed by Marina Shahdinarova (soprano) with a clarinet accompaniment.

The artistic director of the concert program was Hovhannes Hambardzumyan.

The wonderful songs and melodies of Komitas created an incredible impression in the crowded hall and it truly suited to the greatness of 150 years old Komitas Vardapet. 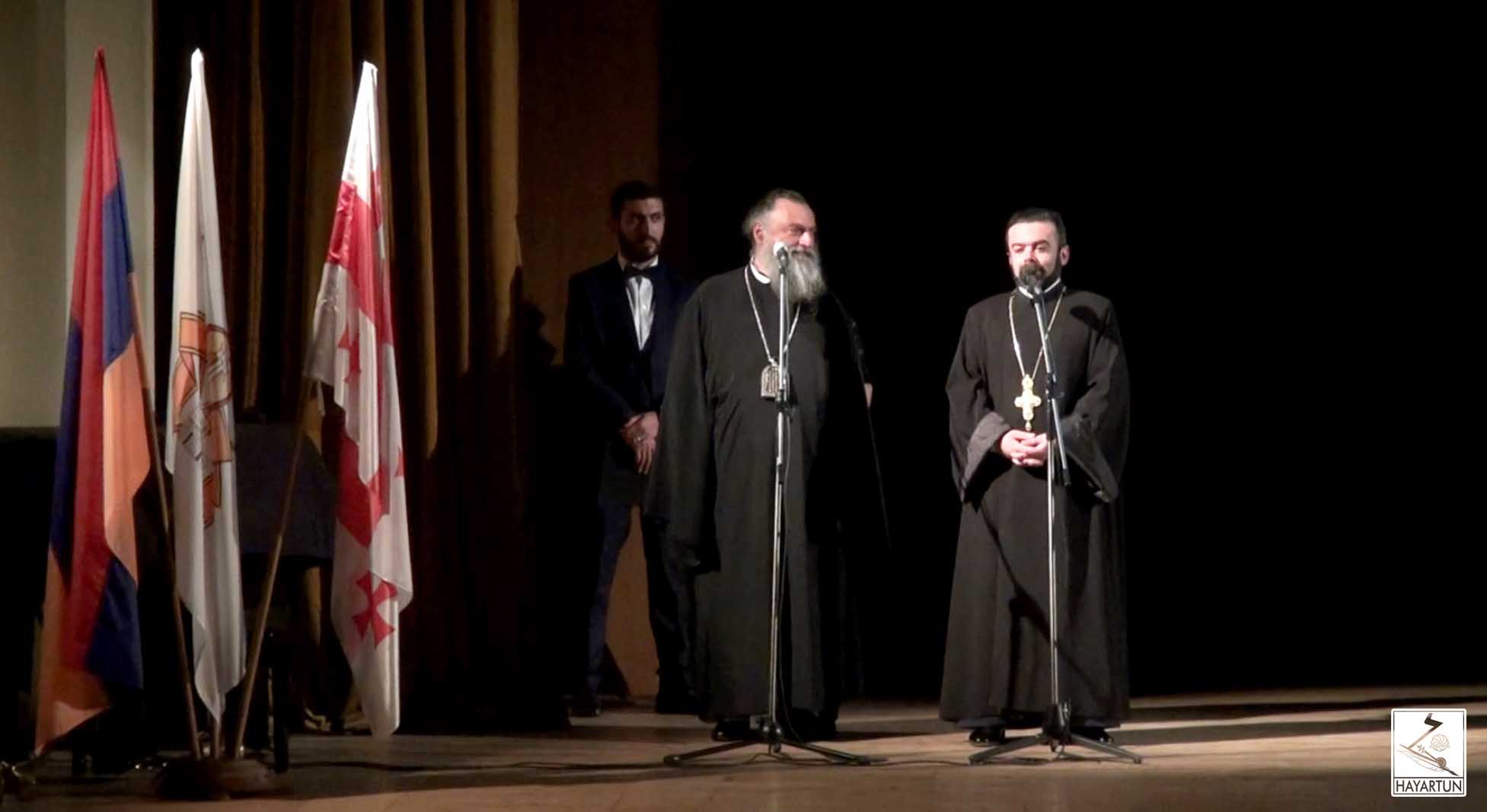 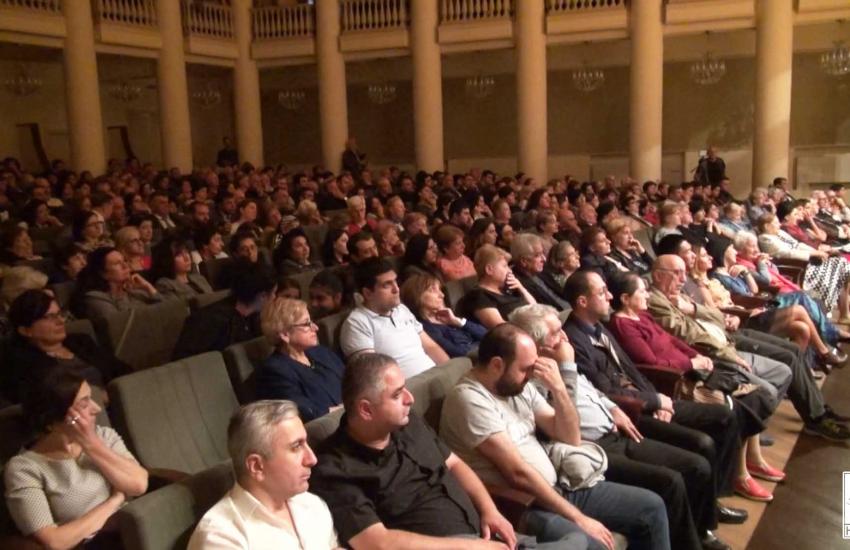 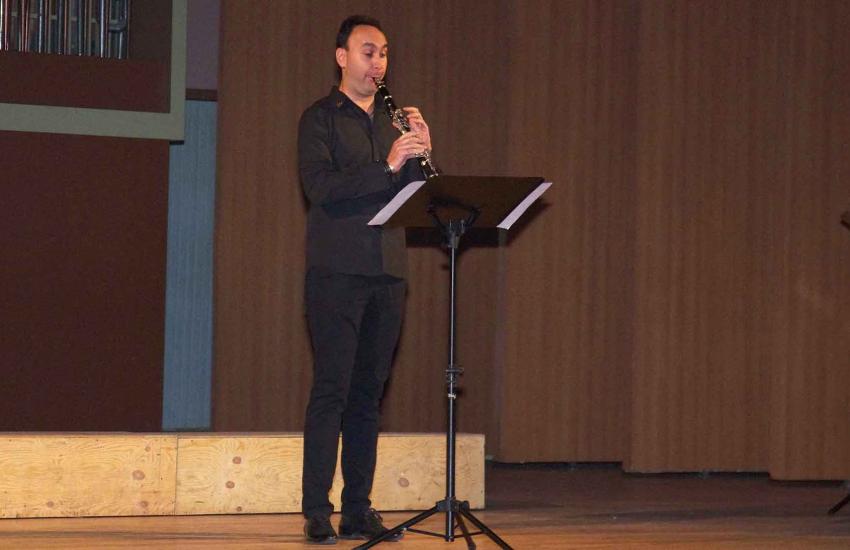 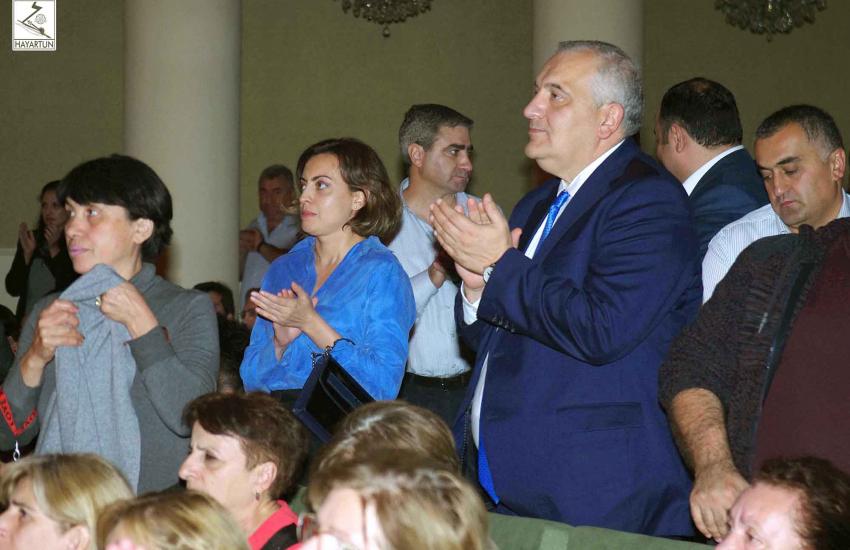 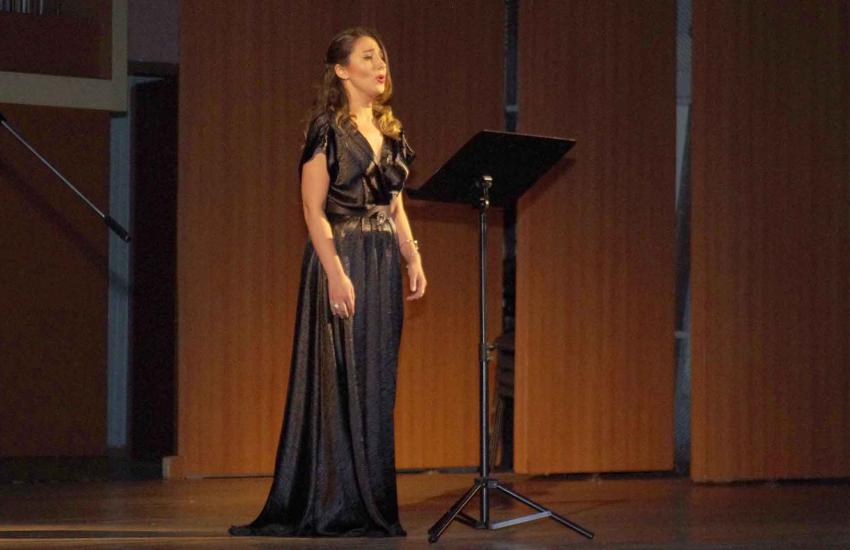 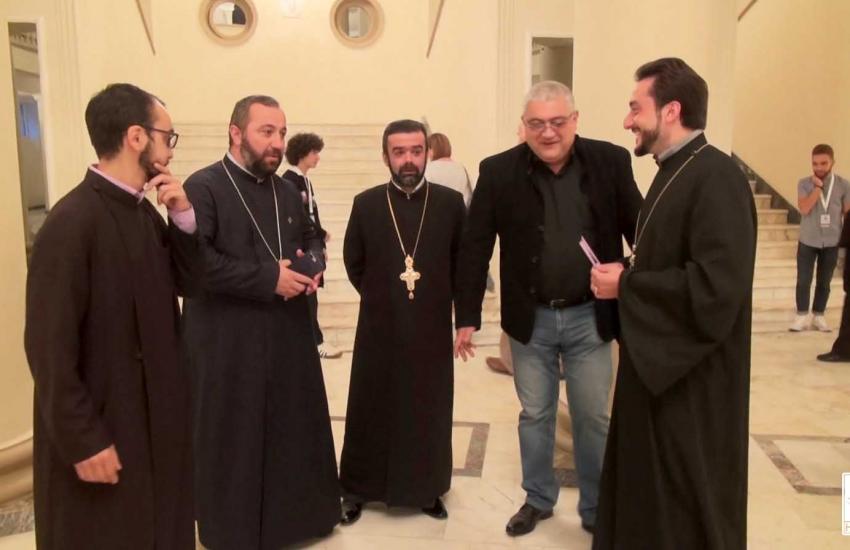