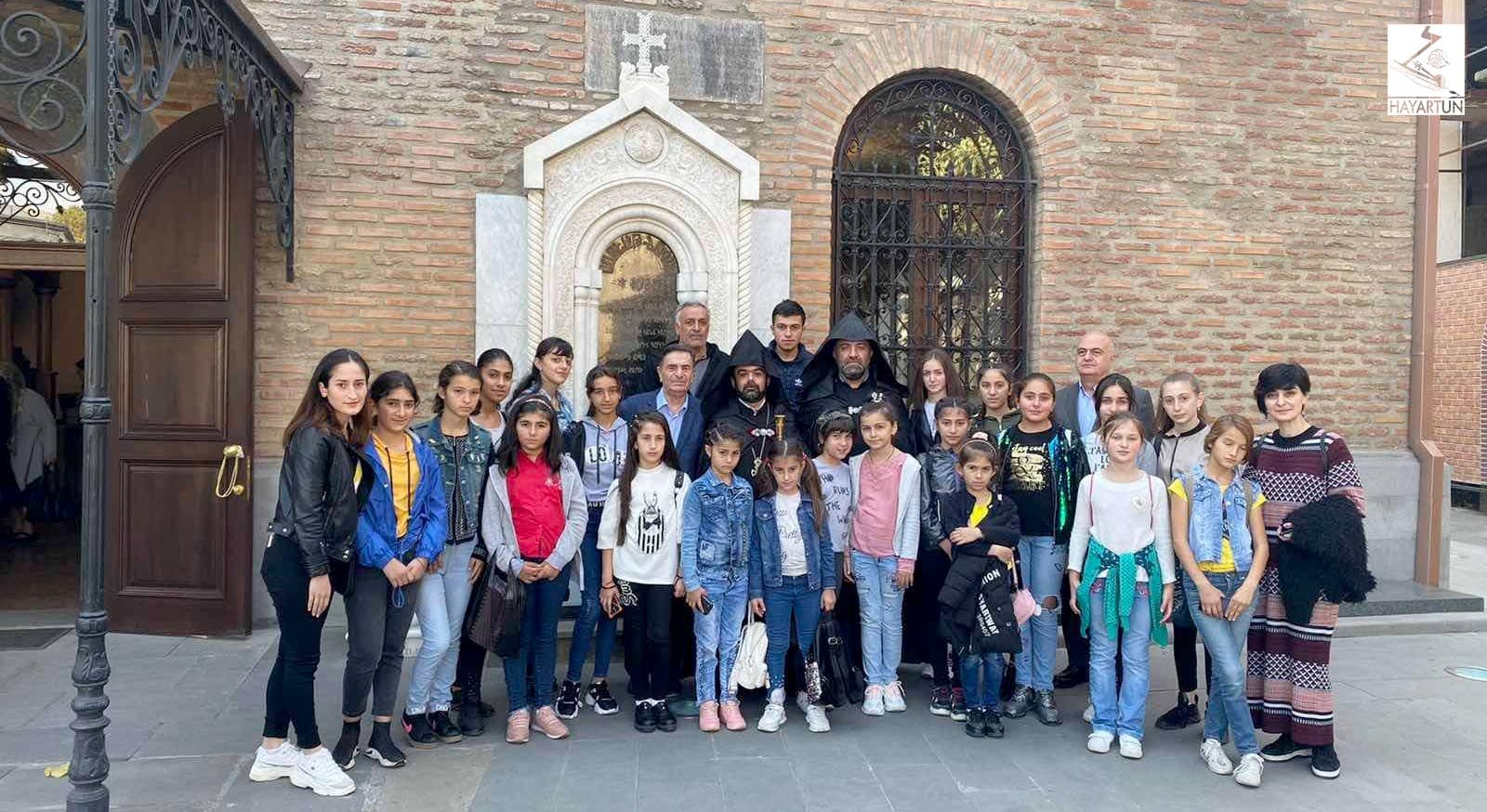 On October 27, 2019, at the initiative of the Spiritual Superintendence of Akhaltsikhe, led by Spiritual Superintendant of Akhaltsikhe and Borjomi regions Rev. Father Hakob Sahakyan, students of the “Vardges Surenyants” Educational, Cultural and Youth Center of the Armenian Diocese in Georgia made a pilgrimage to Tbilisi. Students of the Center’s various art groups (adjunct to the Saint Gregory the Illuminator church) visited the Cathedral of Saint George in Tbilisi and took part in Sunday Divine Liturgy.

At the conclusion of the Divine Liturgy, the pilgrims, among which were schoolchildren, met with the Vicar of the Armenian Diocese in Georgia Rev. Father Archimandrite Kirakos Davtyan. Rev. Father offered his fatherly blessings to the Center’s students, as well as touched upon the history of the ancient church during the conversation with them.

Students of the “Vardges Surenyants” Center toured the Cathedral of Saint George, bowed to the immortal Sayat-Nova’s tomb, as well as Armenian generals and other prominent figures buried there.