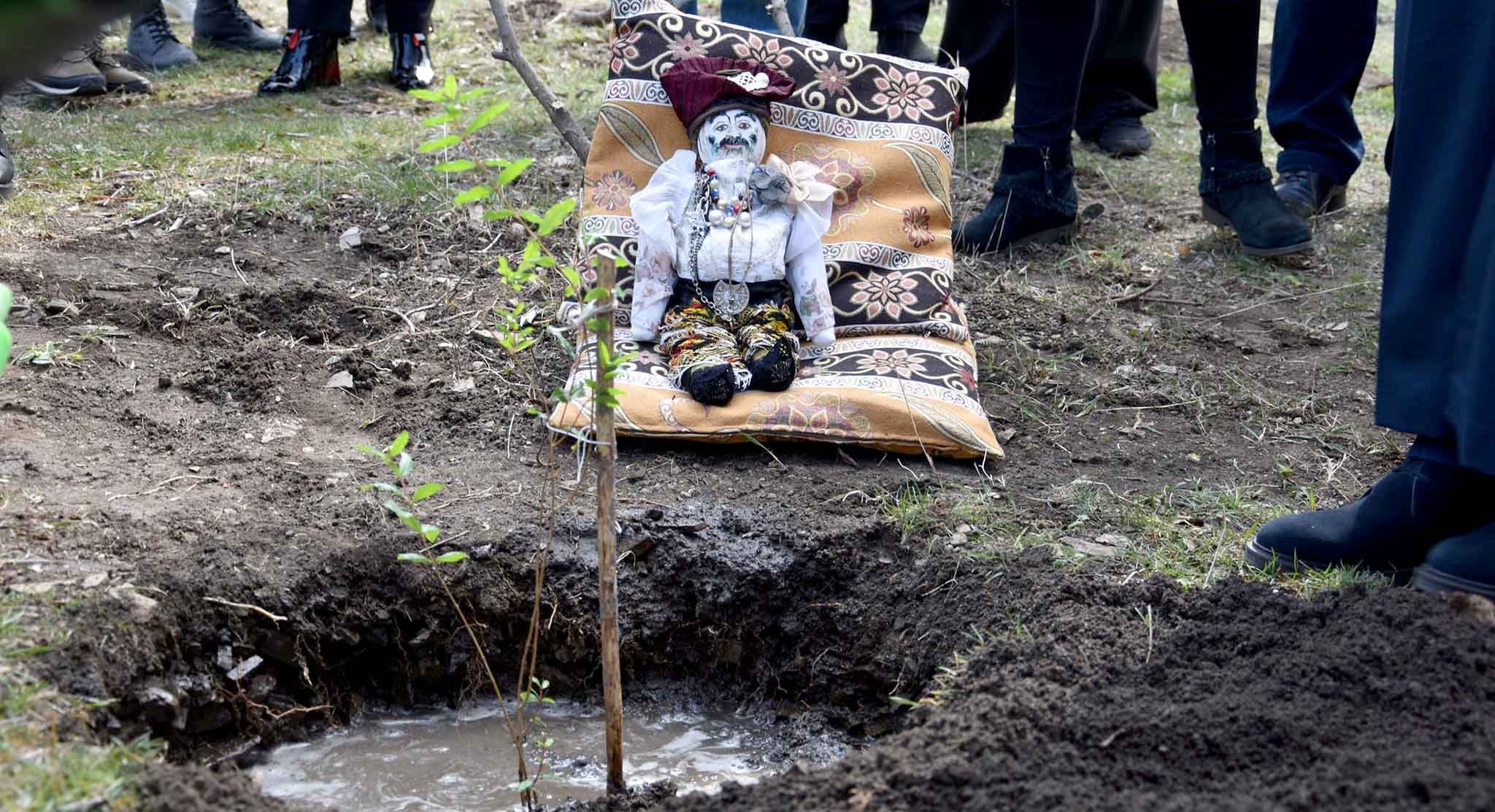 On March 17, 2021, at the initiative of director of Tbilisi Botanical Garden Jose Majineri and the ''House of Hovhannes Tumanyan'' Center for Science and Culture of the Armenian Diocese in Georgia, a beautiful and symbolic event took place dedicated to Sergei Parajanov's memory, world-famous film director, worthy son of the Armenian nation. It was the talented film director's favorite pomegranate tree, the sapling of which was solemnly placed in Tbilisi Botanical Garden, particularly at the alley named after Italian playwright Tonino Guerra which contains rare saplings and which has been established at the initiative of the Embassy of Italy in Georgia.

The day was chosen not accidentally. On March 16 the great playwright was born, and March 17 became a day of friendship and strengthening of creative relations between world-famous Armenian and Italian film directors.

In the current situation caused by the coronavirus pandemic, this beautiful and unique event with the warmth of light, love and beauty, brought to Tbilisi Botanical Garden the representatives of Armenian and Georgian art-loving communities, who appreciate friendship.

Diplomats of the RA Embassy in Georgia, employees of the municipality, representatives from state and public organizations, members of art-loving public attended the event.

At the opening ceremony, Giorgi Tarkhnishvili, an employee of the Botanical Garden, expressed his gratitude to the Armenian Diocese in Georgia, personnel of the RA Embassy in Georgia, representatives of Armenian and Georgian communities, public figures, poets and singers and thanked them for enriching the alley named after Tonino Guerra with a symbol of friendship of Armenian and Georgian people, expressed in the memory of the great artist Sergo Parajanov.

Gohar Mkhitaryan-Mazmanyan, a staff member of ''House of Hovhannes Tumanyan'' Center for Science and Culture, spoke about Tbilisi as the center of people's friendship, love and beauty; recorded the undeniable and irreversible role of the glorious sons of Armenian people (Sayat-Nova, Hovhannes Tumanyan and Sergo Parajanov and others) in the development of art, beauty and love in this city. She also valued ''Vardaton'' (Feast of Roses) dedicated to Sayat-Nova, Hovhannes Tumanyan House-Museum and the ceremony of planting a pomegranate tree dedicated to the memory of Sergo Parajanov.

In should be mentioned that at the suggestion of Jose Majineri, each pomegranate tree, the saplings of which the film director had grown from pomegranate seeds in his house, will be named after Parajanov and actresses of his films: Baia, Sophiko, Lela, Gayane, and others…

It was decided to establish a house-museum named after Sergo Parajanov, to name one of the streets after the talented director, and to come together every year on March 17 in Tonino Guerra Alley, in Tbilisi Botanical Garden in order to remember and honor Sergo Parajanov. 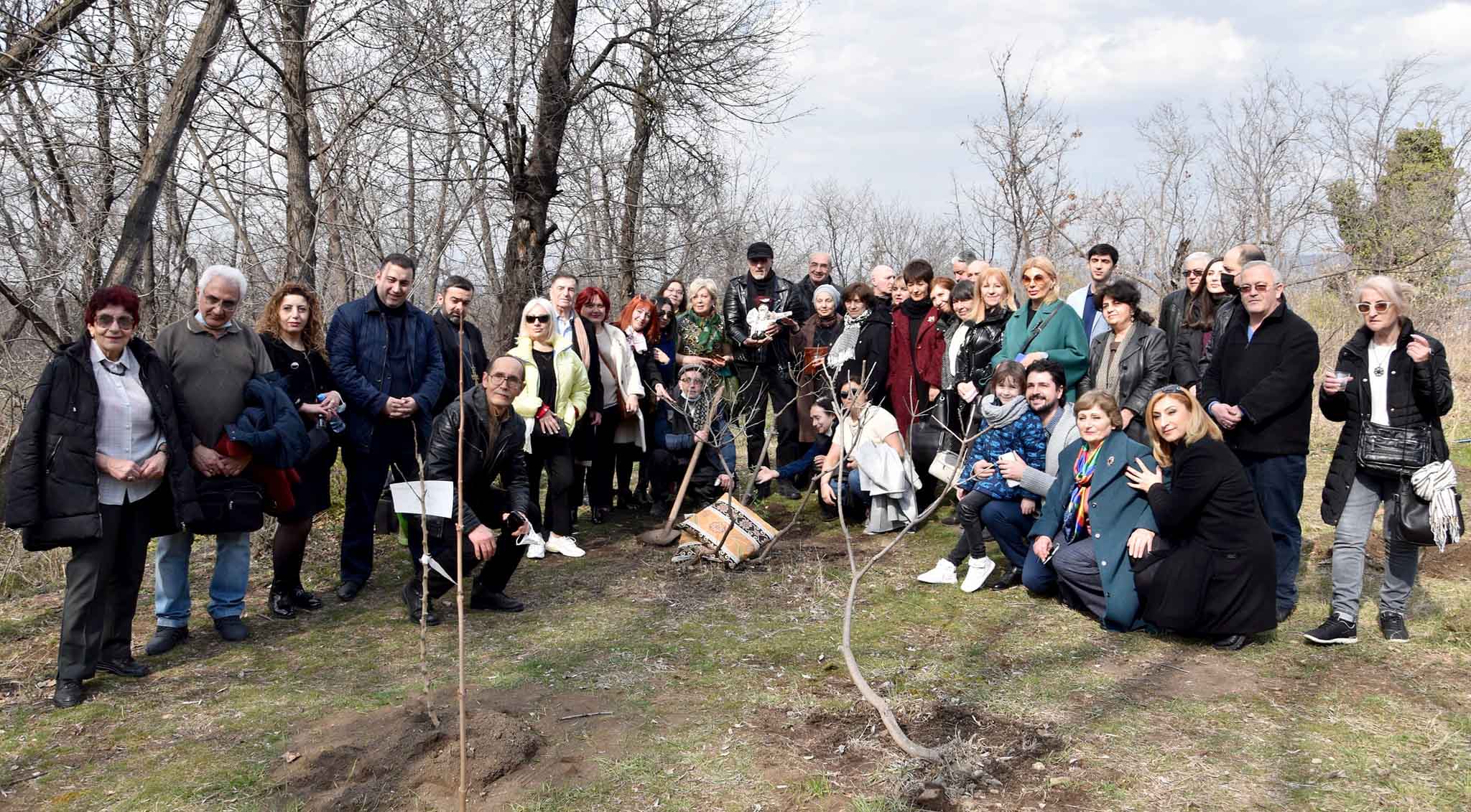