The "Alexander Mantashyants" Center in Batumi was extended 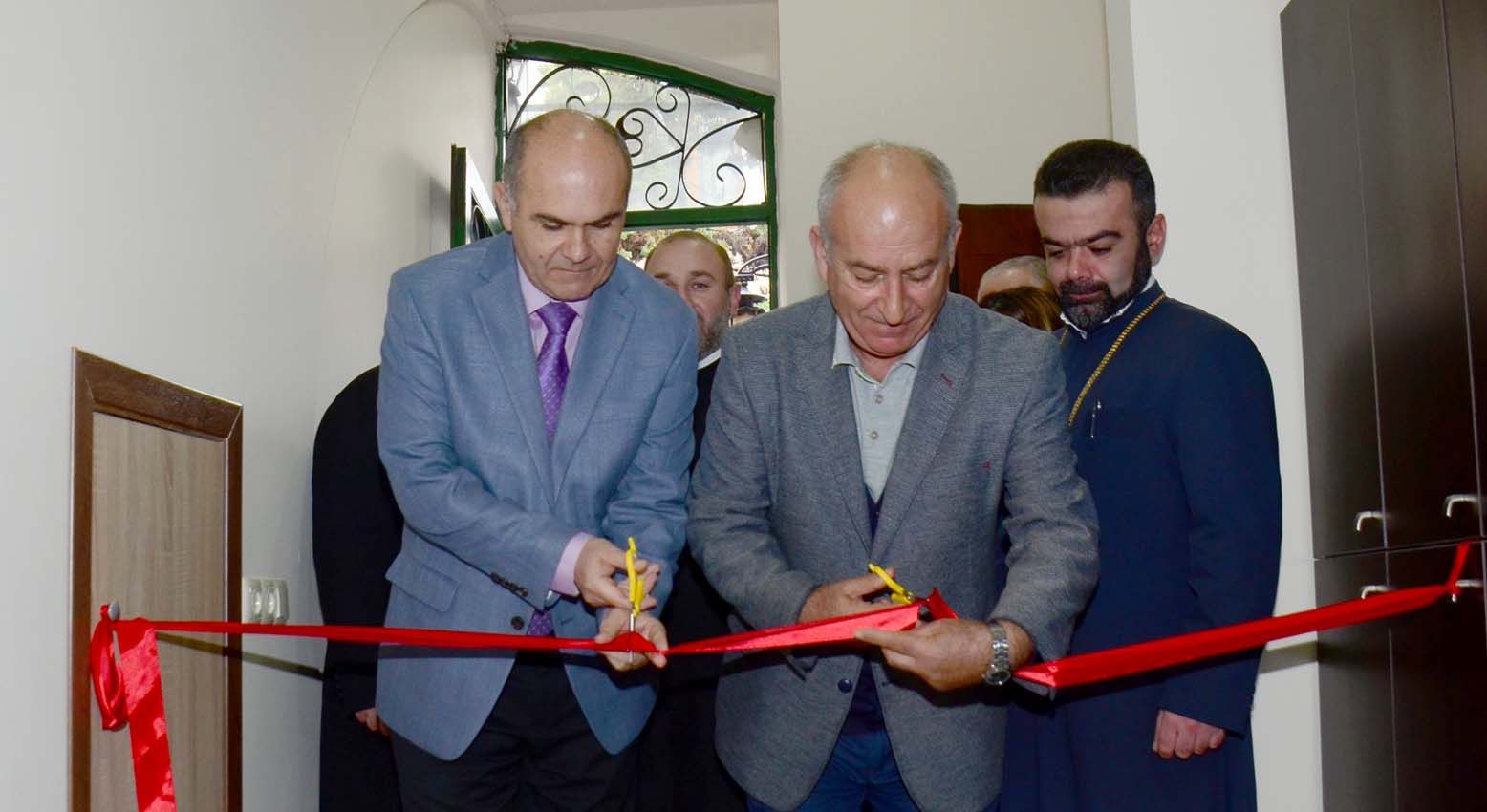 On October 30, 2019, the delegation headed by the Vicar of the Armenian Diocese in Georgia, Rev. Father Archimandrite Kirakos Davtyan participated in the solemn opening ceremony of the expended hall of the "Alexander Mantashyants" Educational and Cultural Center in Batumi, Armenian Diocese in Georgia. In attendance were Consul General of Republic of Armenia in Batumi Yeghishe Sargsyan, Pastor of the Saint Sarkis church in Ninotsminda Armash Poghosyan, numerous guests, and community figures.

Director Sona Hovhannisyan welcomed the guests at the festively decorated Center. Recording a wide range of activities of the Center, the latter thanked the "Vardan Jinishian Memorial Foundation" for purchase of the hall and support to the Center's projects.

Director of the Yerevan office of the "Jinishian Memorial Foundation" Armen Hakobyan made a speech at the opening ceremony. In his speech he touched upon the years-long cooperation with the Armenian Diocese in Georgia. The director of the Foundation attached great importance to the activity based on love towards church and nation values maintenance which was carried out at the Armenian Diocese in Georgia by the initiative of the former Primate, His Grace Bishop Vazgen Mirzakhanyan and with the support of the Foundation. Armen Hakobyan emphasized that the expansion of this Center is also the result of that cooperation. 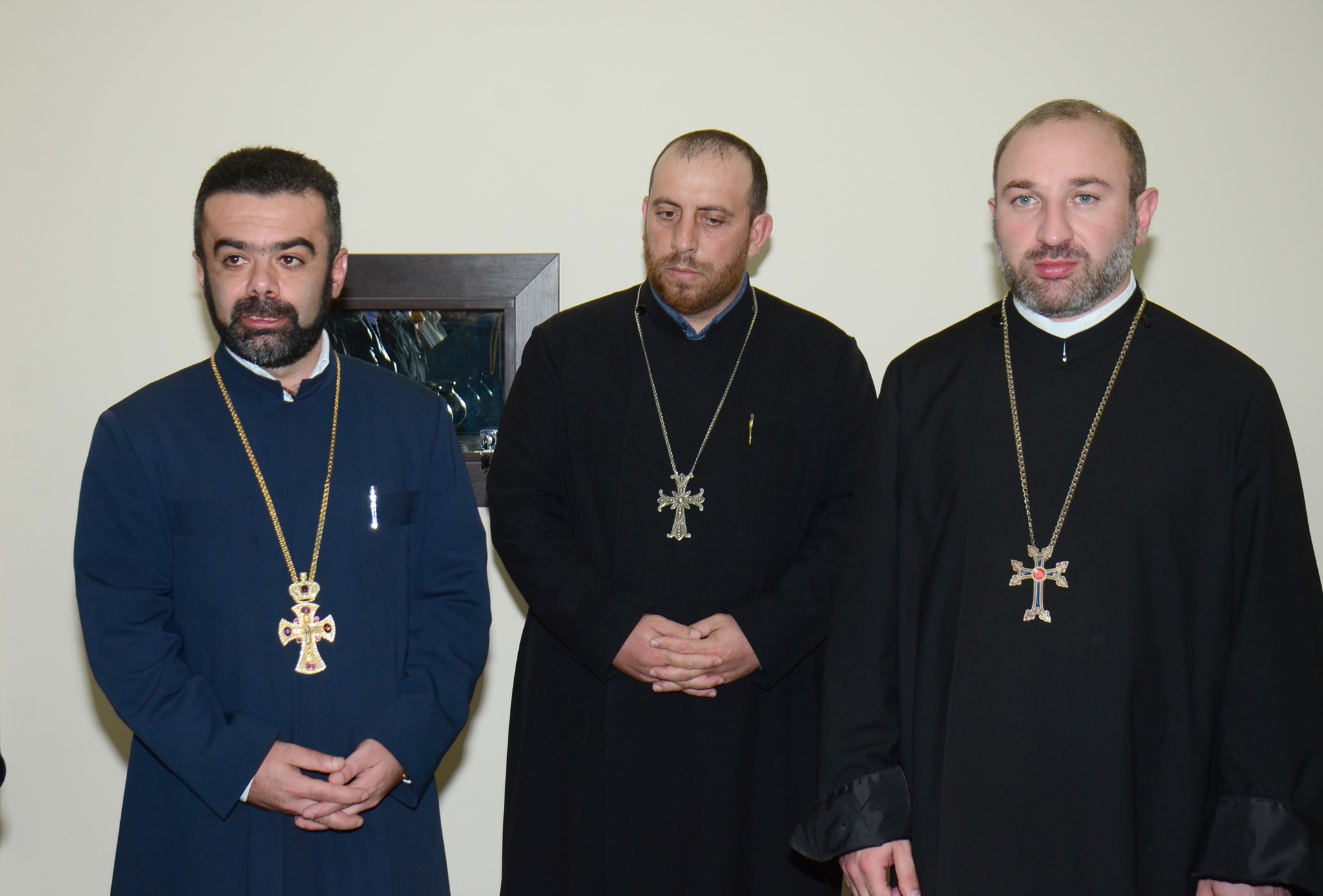 The new hall of the Center was named "Jinishian's Memory". Armen Hakobyan and Taron Shagoyan cut the ribbon for the opening of the new hall. Newly opened hall was blessed by the Vicar of the Armenian Diocese in Georgia.

After the solemn opening ceremony, a festive event took place with the participation of the Center's students. At the conclusion of the event Pastor Rev. Father Ararat Gumbalyan welcomed the Vicar and the delegation members on behalf of the community and Center, thanked for visit and support, also expressed his appreciation to the community representatives who helped with the renovation works of the expanded Center hall.

Rev. Father expressed his gratitude to the former Primate of the Armenian Diocese in Georgia, His Grace Bishop Vazgen Mirzakhanyan for his great contribution in the establishment and expansion of the Center. 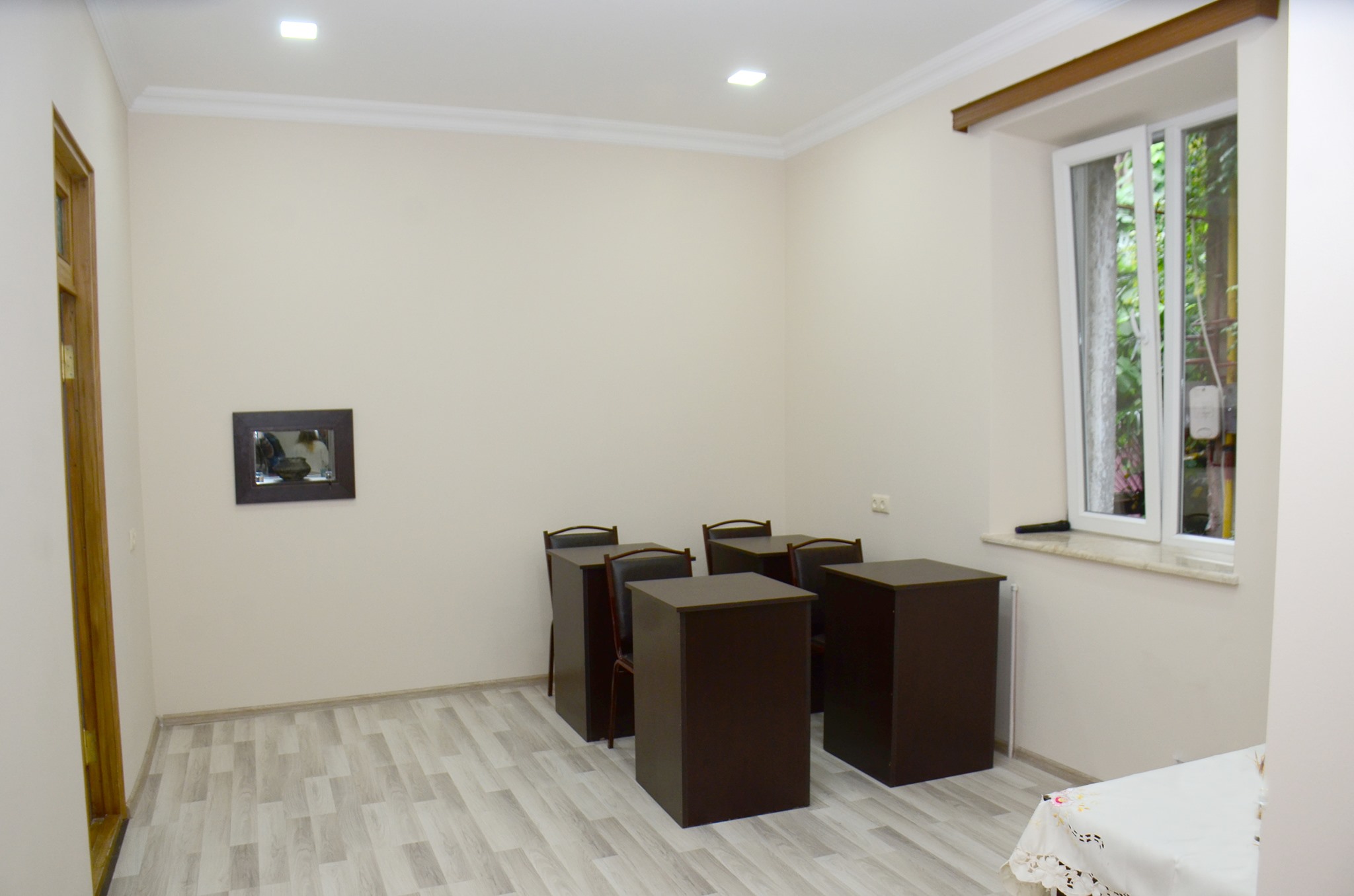