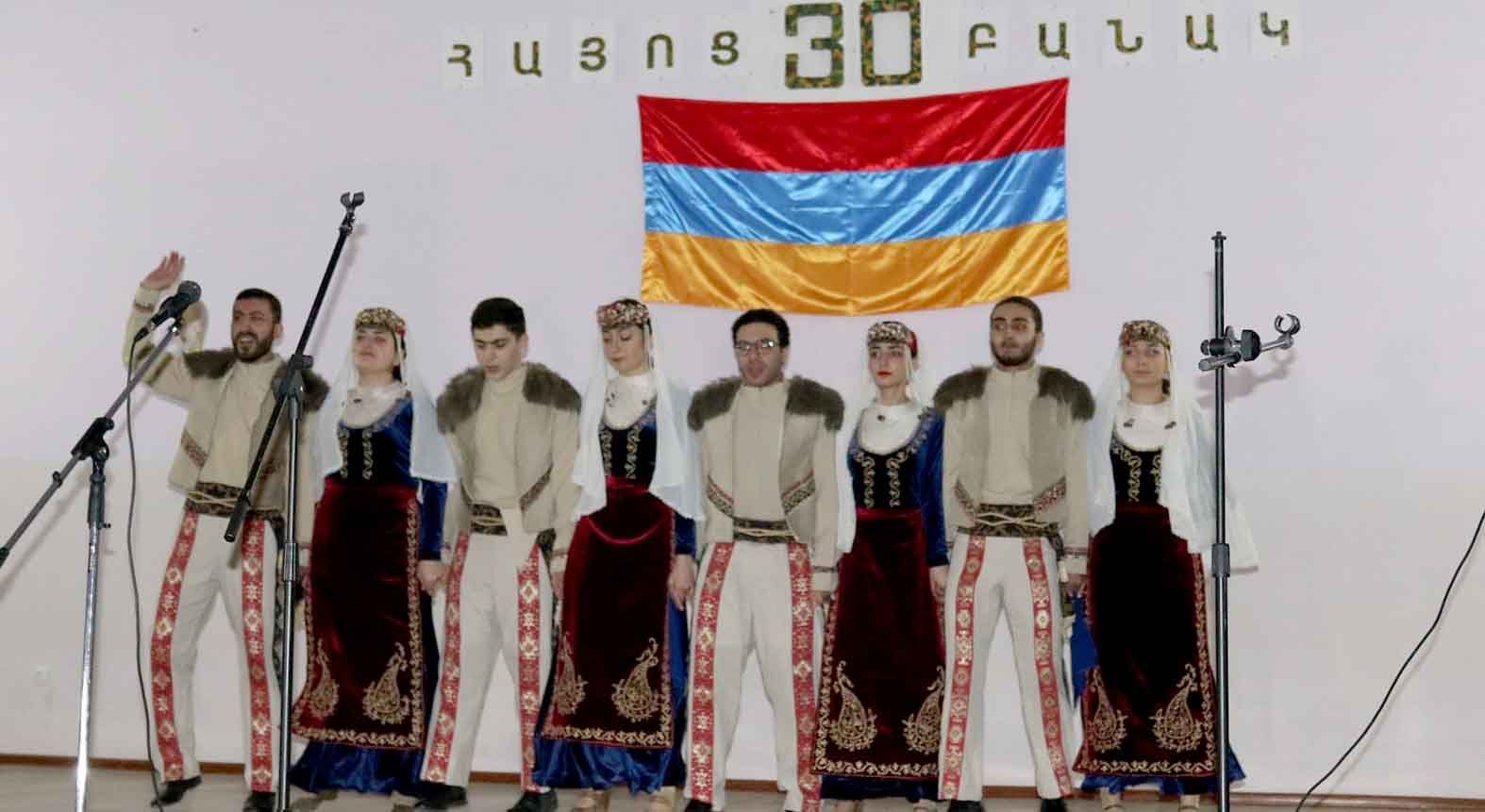 On January 28, 2022, with the support and blessings of the Primate of the Armenian Diocese in Georgia, Rev. Father Archimandrite Kirakos Davtyan, the Diocesan delegation participated in the events dedicated to the 30th anniversary of the Armenian Army in Berdavan village, which is near the border in Tavush marz (province), RA.

The relations established between “Hayartun'' Center (Head of the Center: Eugenia MArkosyan) and Berdavan community (President of the Foundation: Smbat Mughdusyan) are traditional with warm friendship, collaboration, mutual visits and love. However, this year’s visit was saturated with emotions; it became an expression of ideas of patriotism, self-sacrifice, protection of home, as well as development and strengthening of the Armenian Army on the occasion of the 30th anniversary of the Armenian Army. 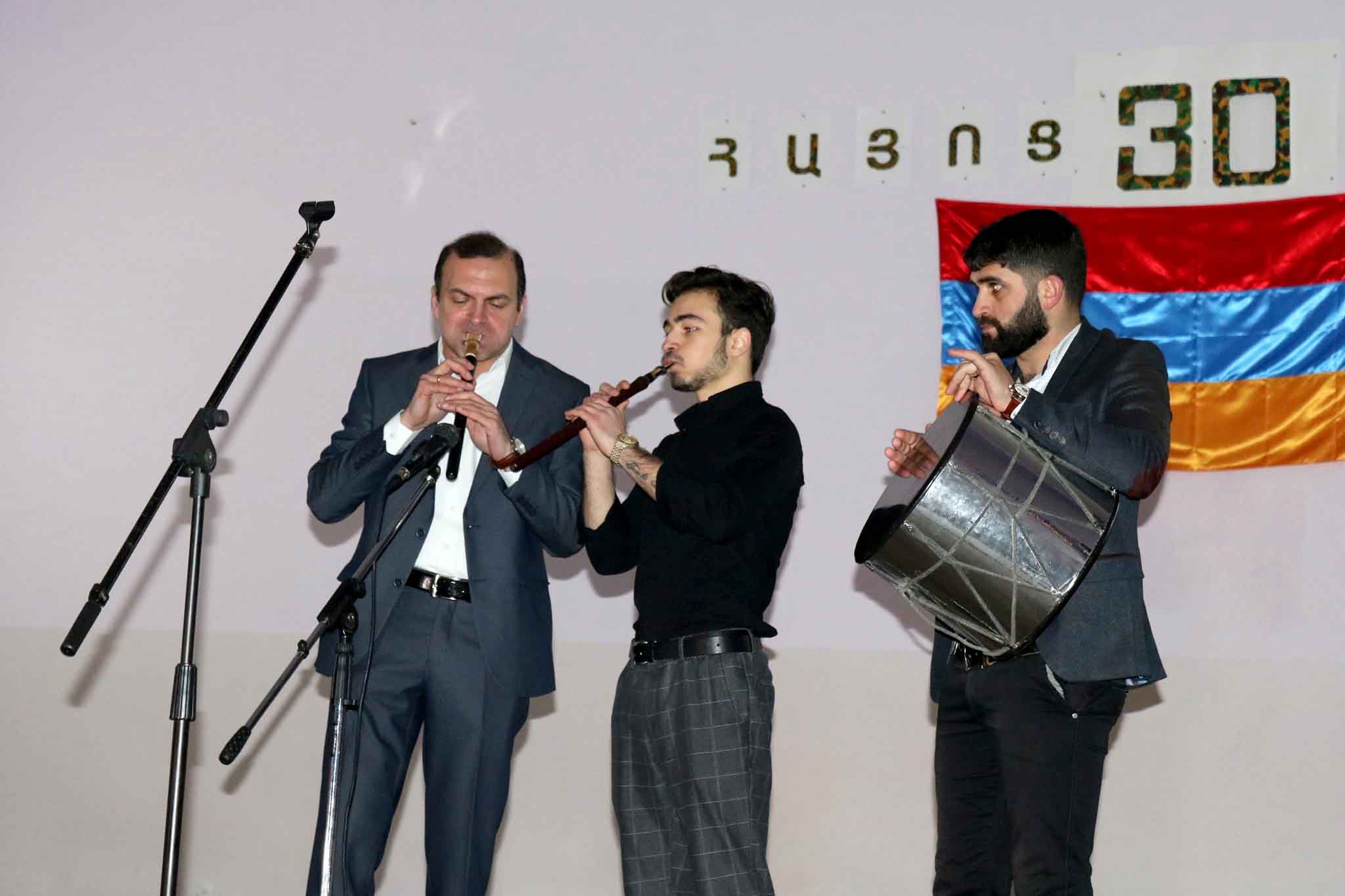 The heroic people of Berdavan, who bravely defended the borders of the Homeland, paid tribute to the memory of their compatriots who deceased in the 44-day Artsakh war, starting the celebration by visiting the memorial and laying flowers.

The event, saturated with excitement and patriotism, was dedicated to those people who still do not spare their energy, efforts, or even lives in defending the Homeland and building the army. A concert was held at the House of Culture, where songs dedicated to the Motherland and its heroes, and Armenian dances were performed. The festive event was beautified with the performances of soloist of “Hayartun” Center Aida Bazoyan, duduk player Ivane Mkrtchyan and “Taron” dance ensemble.

Deacon Rev. Father Gevorg Avetisyan conveyed the congratulations and blessings of the Primate of the Armenian Diocese in Georgia, Rev. Father Kirakos Davtyan, as well as the latter’s wishing: safe service to the servicemen of the Armenian Army and safe return to home. The heads and organizers of the event highly appreciated the visits of the delegation of the Armenian Diocese in Georgia, which are inspiring and joyful, as well as these visits are encouragement to keep the borders of the Motherland steadfast.

Late in the evening of the same day, the Diocesan delegation returned to Tbilisi. 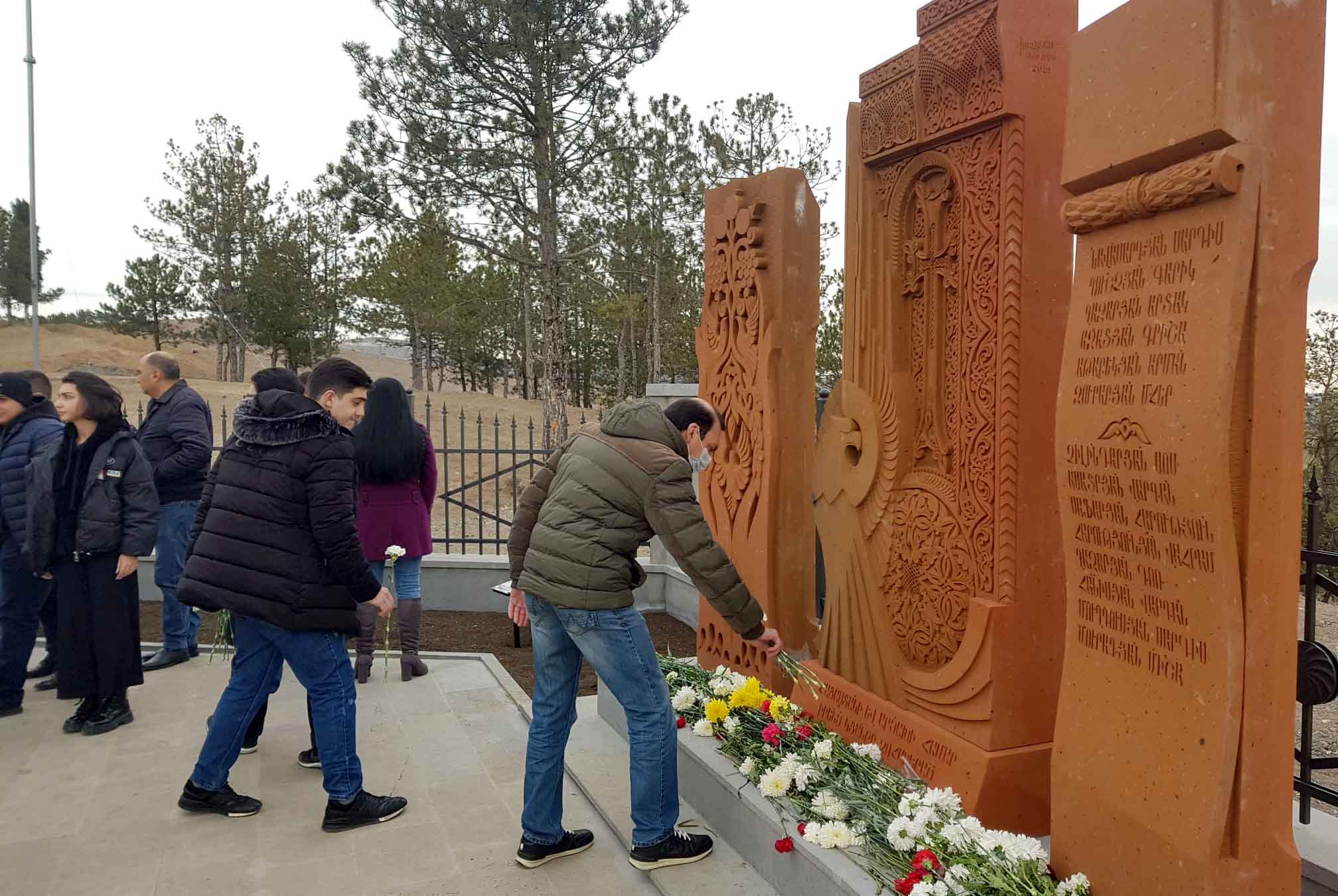