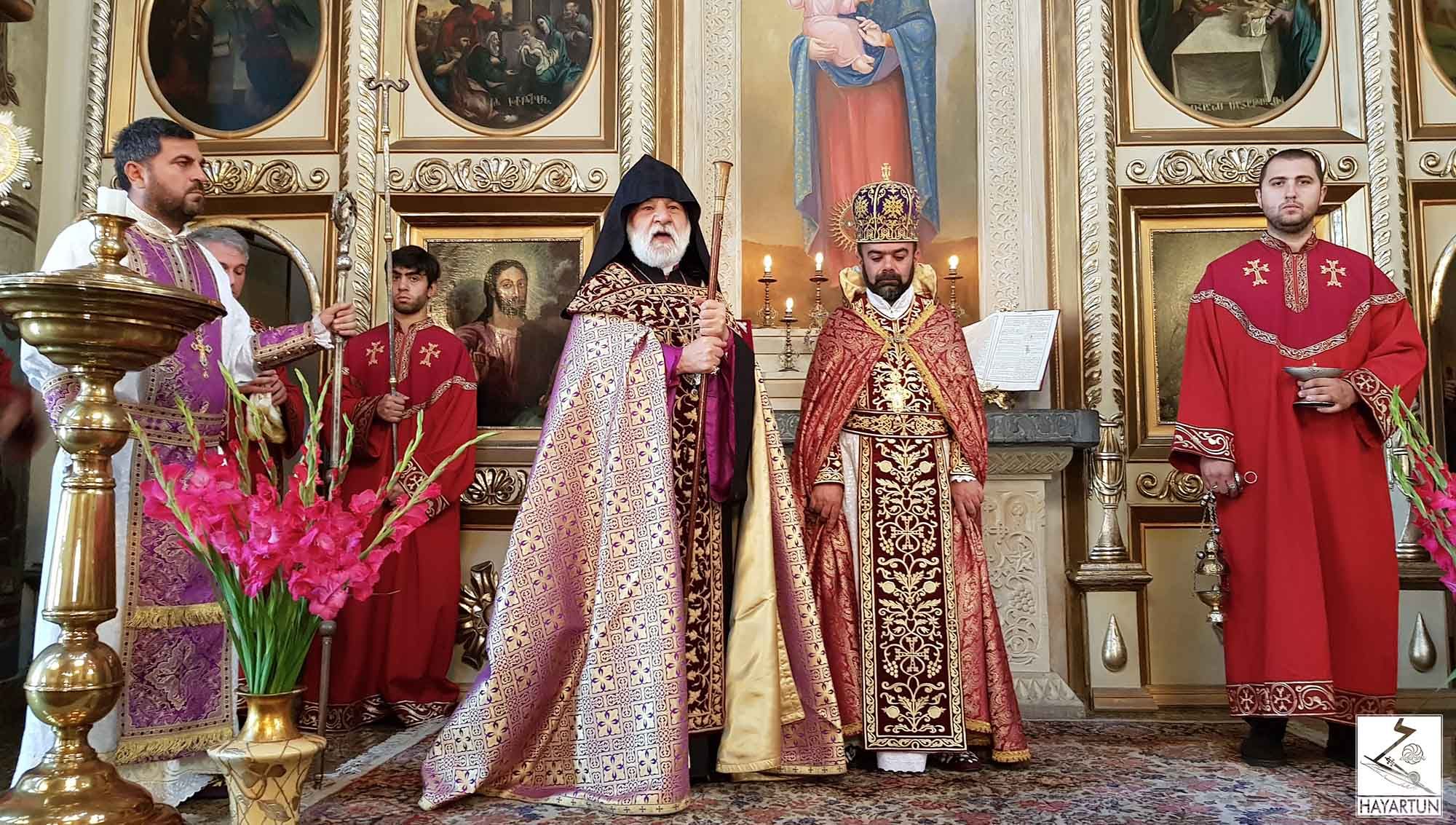 On July 14, 2019, in the Cathedral of Saint George, His Eminence Archbishop Nathan Hovhannisyan presided over the first Divine Liturgy celebrated by the newly appointed Vicar of the Armenian Diocese in Georgia, Rev. Father Kirakos Davtyan.

Clergy of the church, deacons and scribes participated in the Divine Liturgy. In attendance were Armenian community members and community figures and faithful.

During the Divine Liturgy, the celebrant called his service in his birthplace Tbilisi a great honor for him and expressed hope that with the support of all the members and faithful of the Armenian community in Georgia he would be able to carry out his Christian mission. 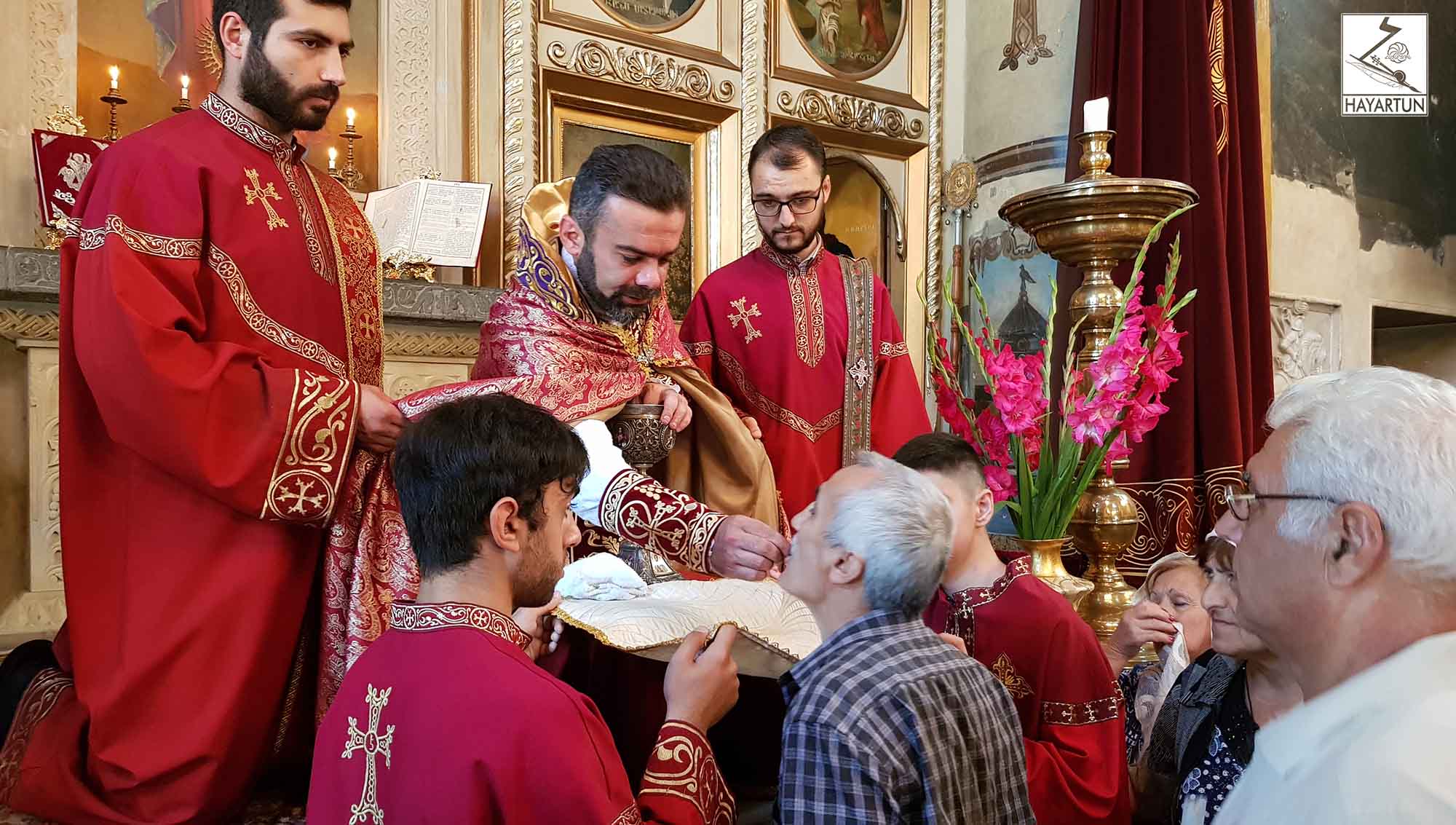 At the conclusion of the Divine Liturgy, His Eminence Nathan Hovhannisyan, a member of the Brotherhood of Mother See of Holy Etchmiadzin, delivered a speech and highly appreciated His Grace Bishop Vazgen Mirzakhanyan’s service as a diocesan primate during already two decades and mentioned that as a result of his service the Armenian Diocese in Georgia was formed as a well established and steadfast spiritual diocese dedicated to its mission and operating in accordance with the Christian commandments.

Afterwards, His Eminence Nathan presented Rev. Father Kirakos Davtyan who was appointed to serve by Pontifical Order of His Holiness Karekin II, Supreme Patriarch and Catholicos of All Armenians and conveyed his blessings and wishing of good service. His Eminence Archbishop Nathan gave a staff to Rev. Father Kirakos which Rev. Father will use as a symbol of authority during official and ceremonial occasions.

At the end of the Divine Liturgy, the faithful moved to the diocesan headquarters where hospitality was organized. 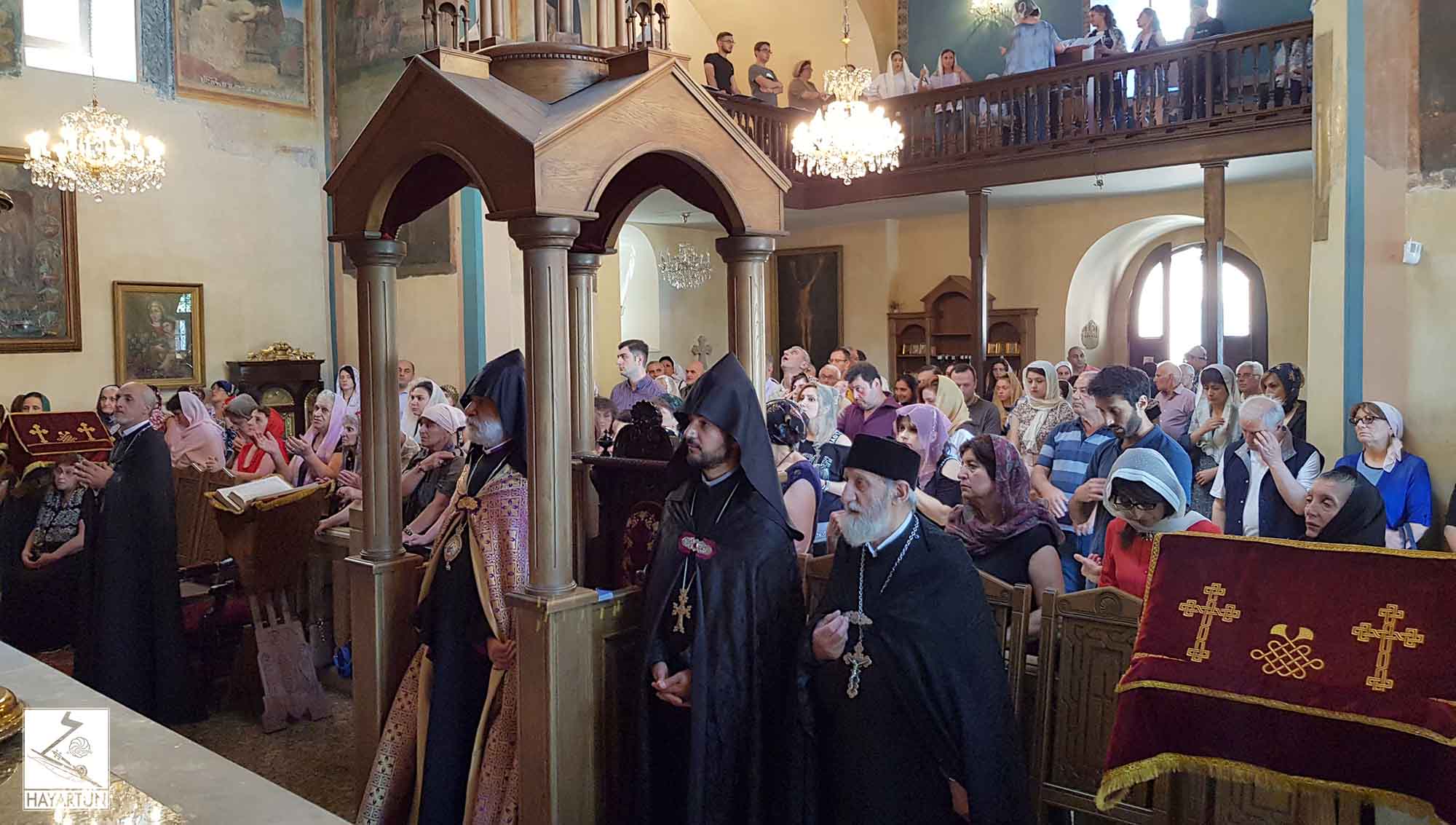