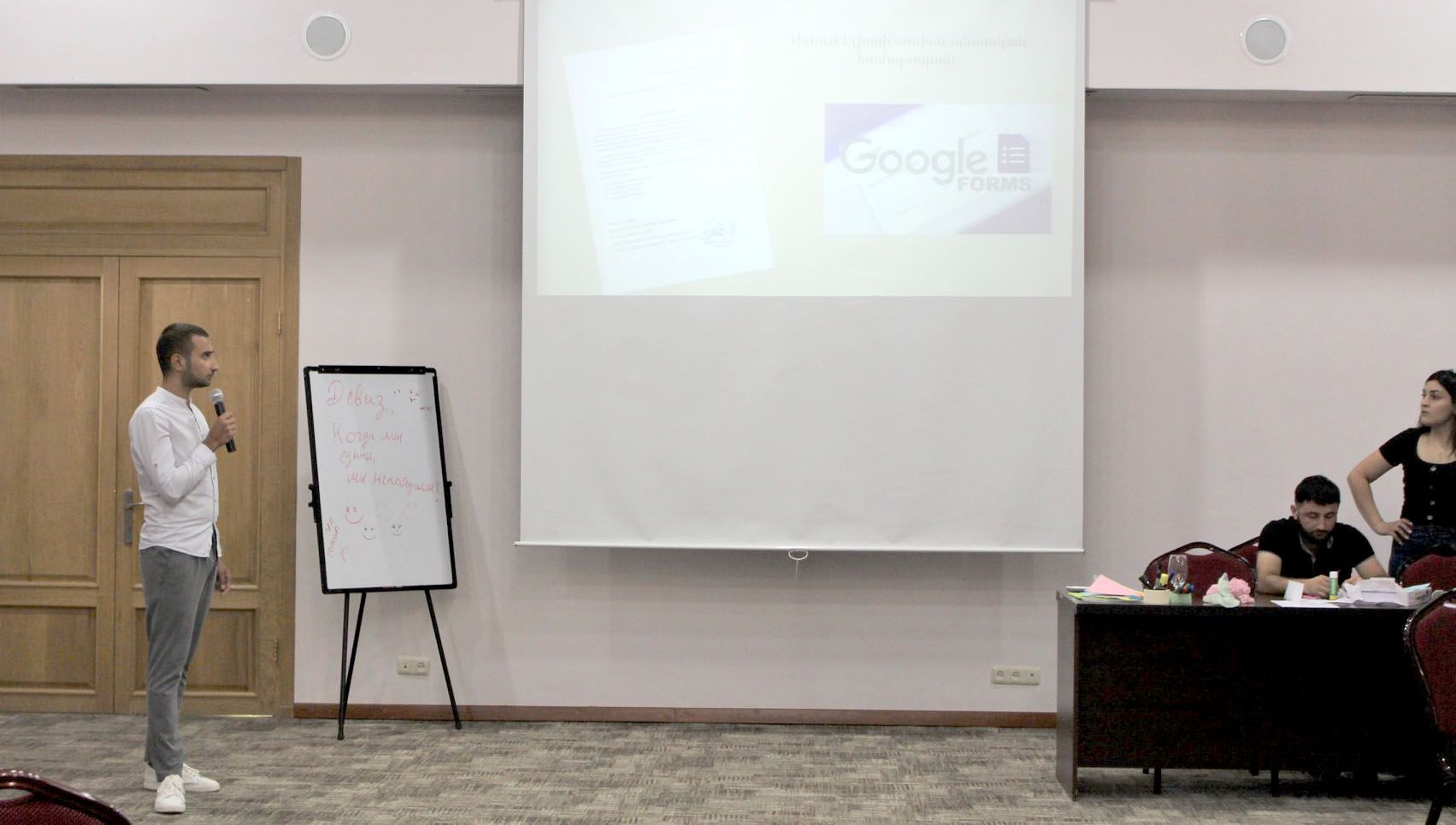 The project was funded by the Jinishian Memorial Foundation. Within the framework of the project, 900 dollars was given to the Armenian Diocese in Georgia for the implementation of two projects. This year Georgia participated in this project for the first time and through social network a group of Armenian young people was gathered who afterwards implemented this project.

"The first project was for the grandmothers and grandfathers who sell sunflower seeds in streets. It was decided to give them tables, umbrellas, chairs, so they can be protected from the sun and work calmly. And the second project was the board which was placed in the yard of the Cathedral of Saint George", says Emil Sargsyan, officer of the projects financed by the Jinishian Memorial Foundation. 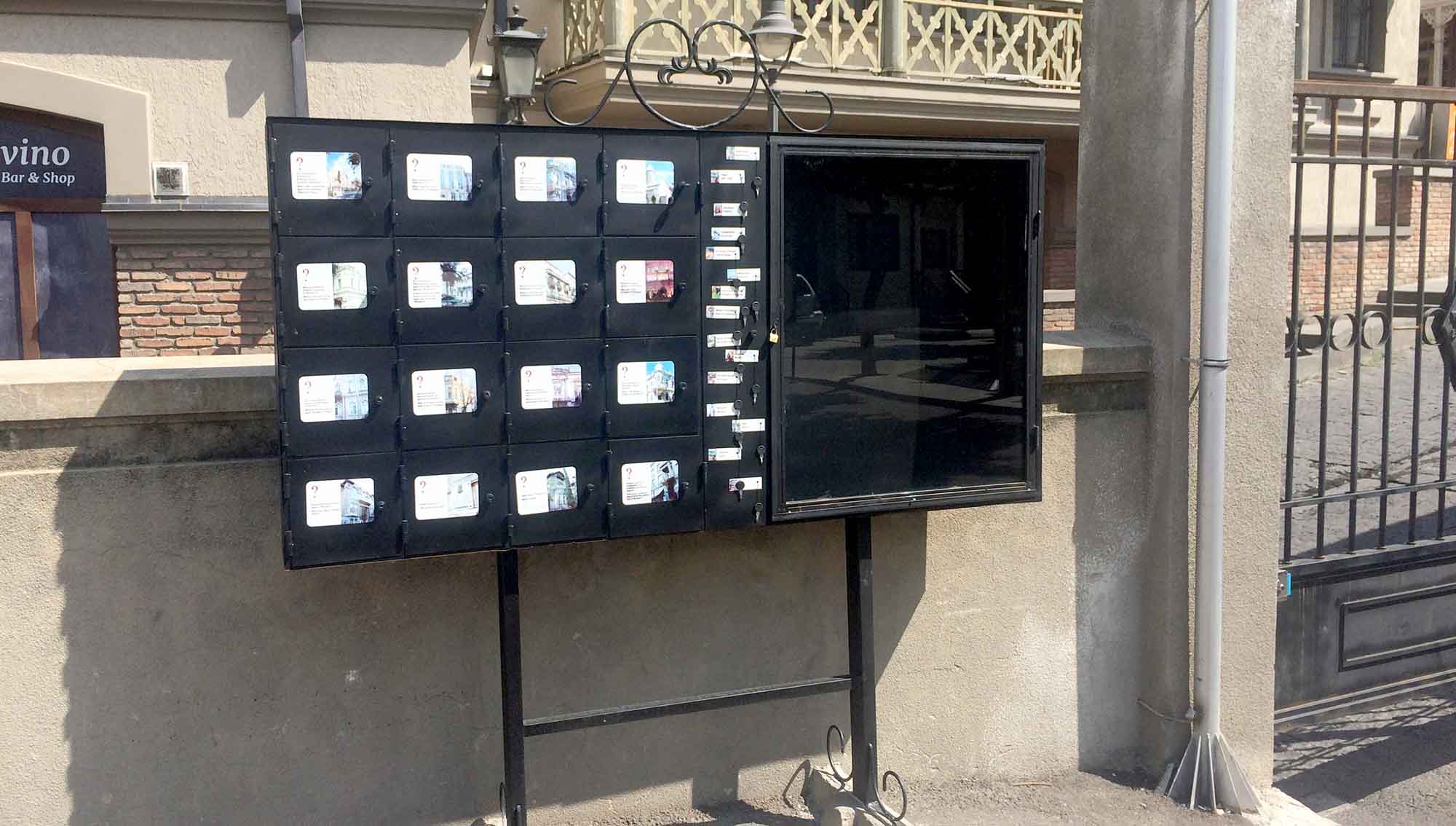 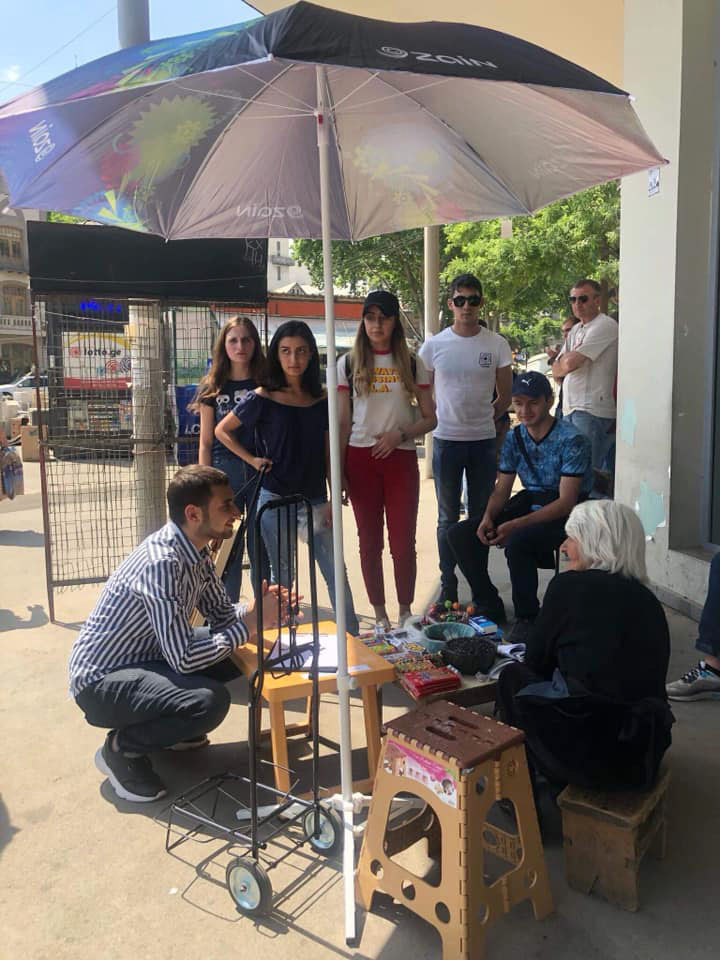 According to him, it was decided to place the board in the yard of the Cathedral of Saint George because it is in a district where many tourists visit. The board has 16 lockers, each of them with the photo of houses and a question about Tbilisi. And on the right side of the board are keys with a magnetic pendant on which the answers to the questions are written. For the right answer, one need to chose the right key and open this or that box.

"We decided that not only houses of Armenians but also Georgian houses, churches, synagogues should be there", says Emil Sargsyan. When Margarita Avagyan learned about the project, she immediately decided to participate. "The project gave me new knowledge, experience, acquaintance, friends and the most important thing - I enjoyed my work", say participants of the project.

The project was launched in November, 2018 and completed in June, 2019. During the seven months of the project, the youth have had various meetings and an opportunity to talk about, discuss and share their ideas. 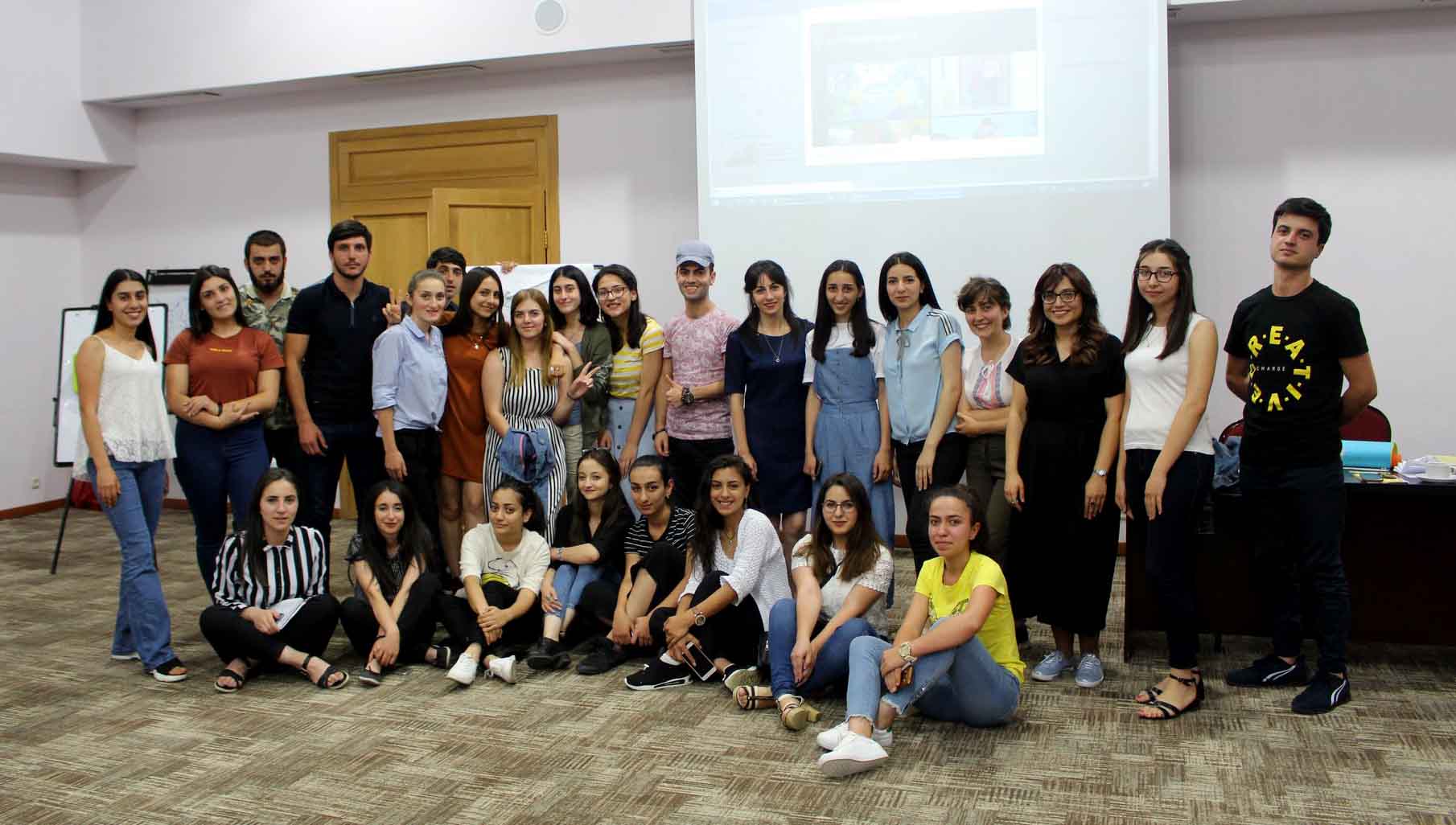