The tradition and mystery of the Feast of St. Vartan the Captain and Companions 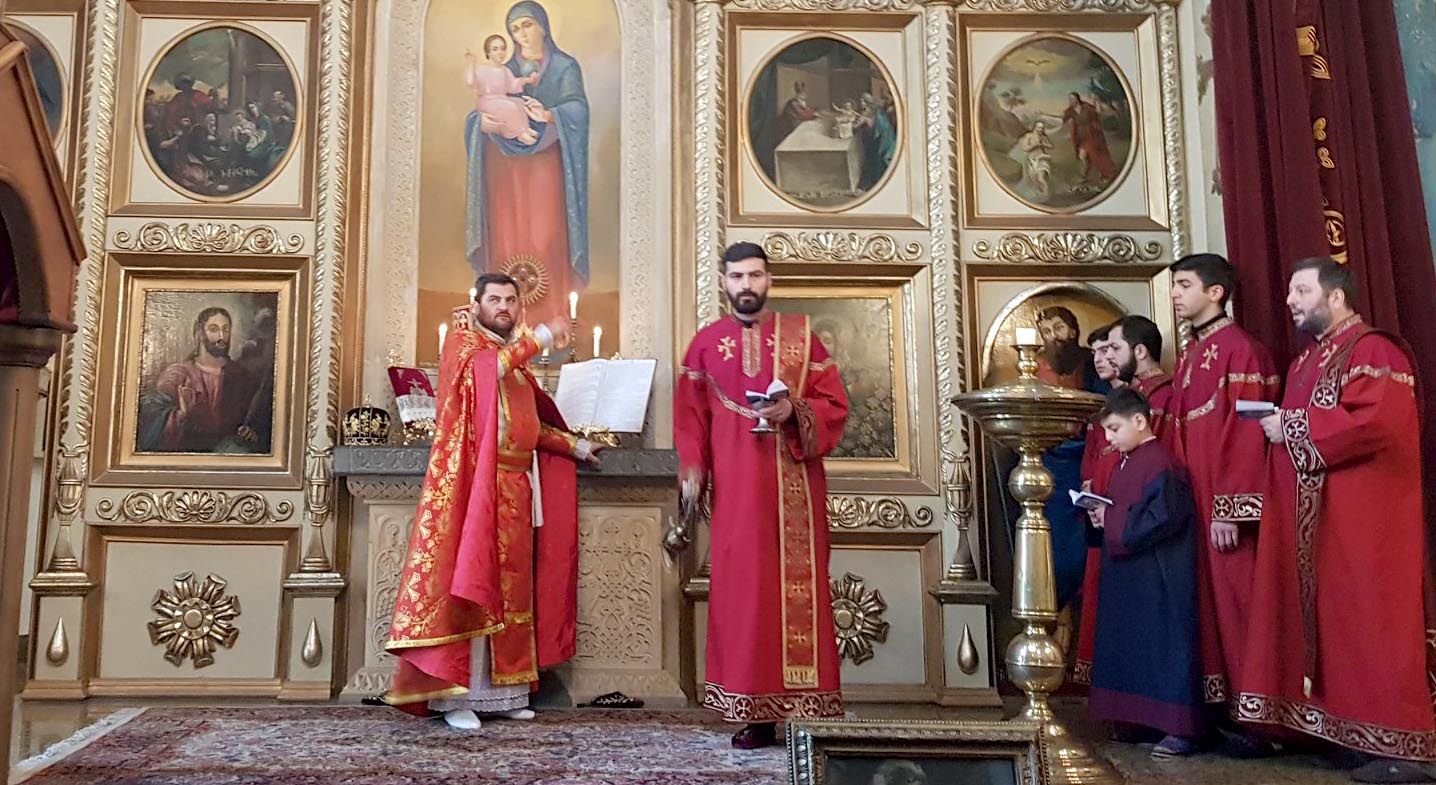 The celebrant properly preached about the heroic commanders and their companions who had fought nationwide for the sake of faith and Homeland. Rev. Father Virap urged the faithful to remain loyal to the memory of immortal heroes, to be inspired by their patriotism and devotion to the faith and to be ready for sacrifice for the protection of the Homeland and loyalty to the faith.

During the Divine Liturgy with the participation of clergy Response of Souls Service was offered.

The feast day of St. Vartan the Captain and Companions is also celebrated as the Naming Day of His Holiness Karekin II, Supreme Patriarch and Catholicos of All Armenians. On that occasion, at the conclusion of the Divine Liturgy, a Pontifical Prayer was offered. A joint prayer service was offered for the steadfastness and glory of the Catholicosate of All Armenians wishing Supreme Patriarch long life and productive spiritual service. 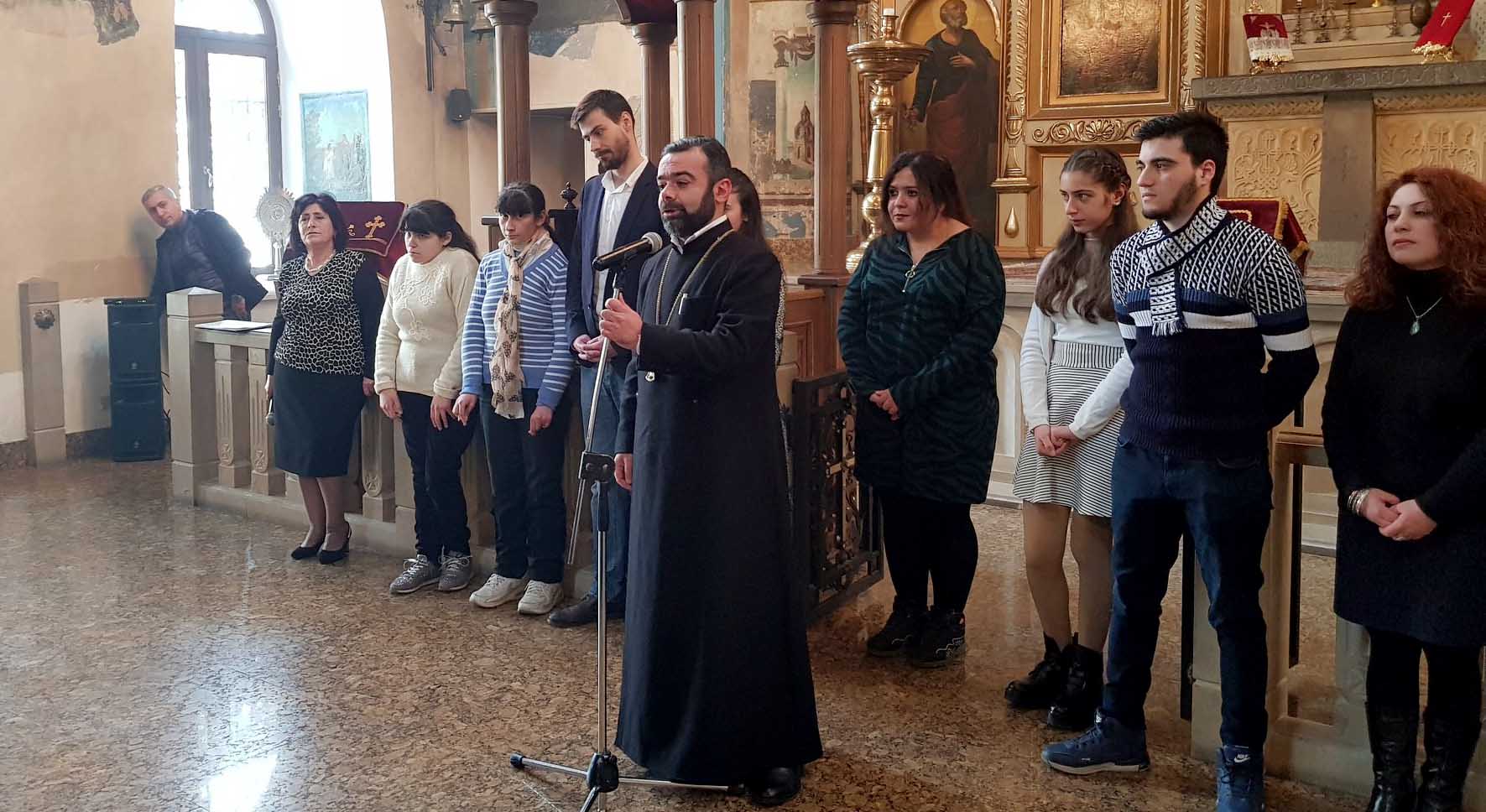 Rev. Father Virap congratulated all men whose name is Vartan on the occasion of their naming day, wished them to be followers of St. Vartan the Captain and Companions and brave and noble sons of the nation like them.

Afterwards, under the presidency of the Vicar of the Armenian Diocese in Georgia, Rev. Father Archimandrite Kirakos Davtyan, the students of St. Elias the Prophet (Surb Yeghia Margare) Sunday school, led by teacher Rosa Zohrabyan presented a literary-musical performance at the Cathedral of St. George. The teacher touched upon the mystery of the Feast of St. Vartan the Captain and Companions and performed ''Norahrash'' hymn written by Nerses the Gracious. Then, the young students, who are attending foreign-language school, recited poems dedicated to the immortal memory of holy heroes.

The Diocesan Vicar concluded the event and offered his blessings to attendees. Touching upon the mystery of the Feast of St. Vartan the Captain and Companions: ''Death, not comprehended, is mortal, death perceived is immortality'' (Yeghishe, 5th century), Rev. Father wished those present to live with the heroic spirit of Vartan Mamikonyan and his brave soldiers, to build their future with patriotism.

Rev. Father Archimandrite Kirakos Davtyan reminded that the Feast of St. Vartan the Captain and Companions is the Naming Day of all those men who has the names of Vartan or his companions who affirmed by their martyrdom that the Armenian people's will to live and right to exist. 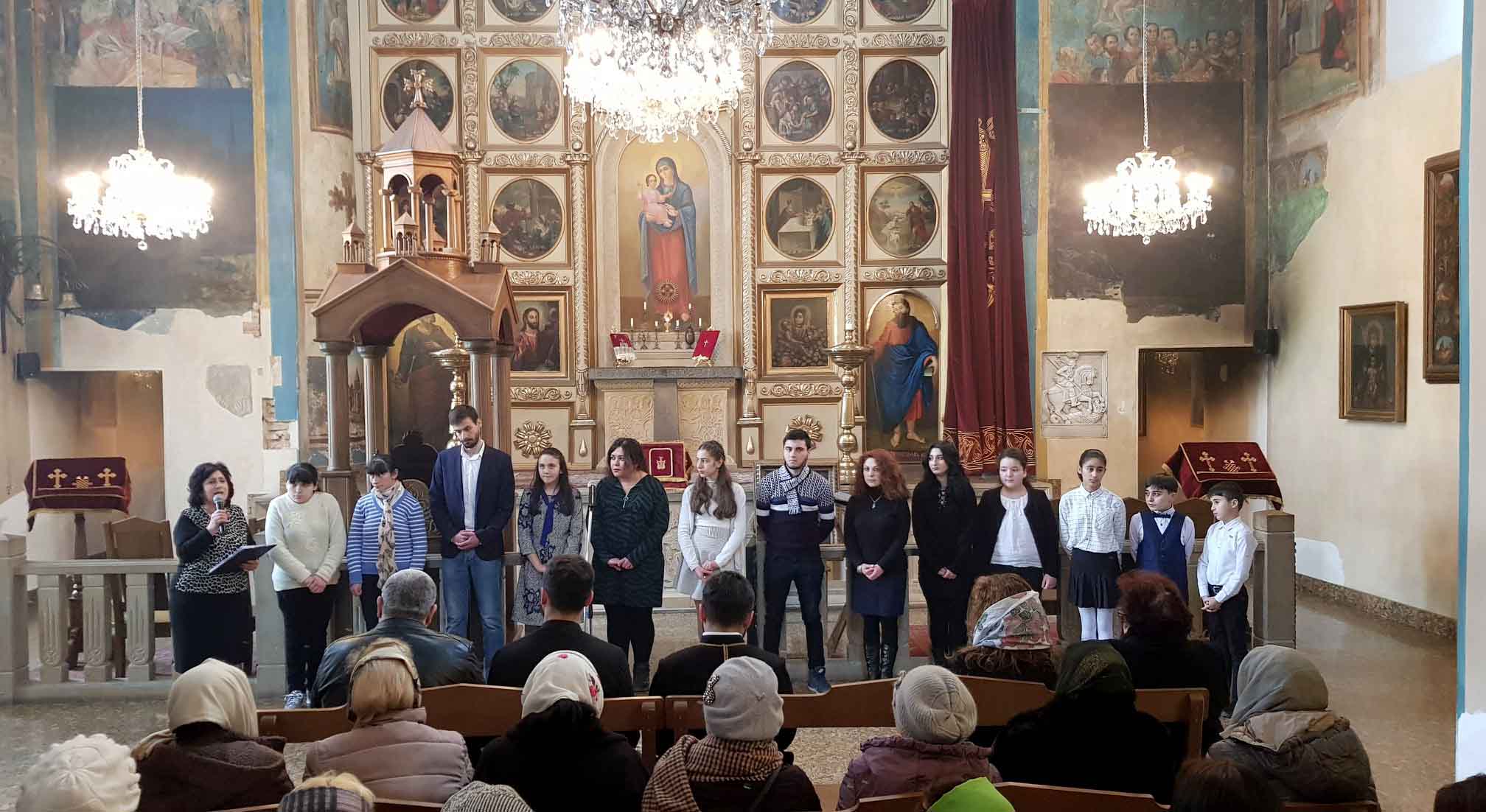