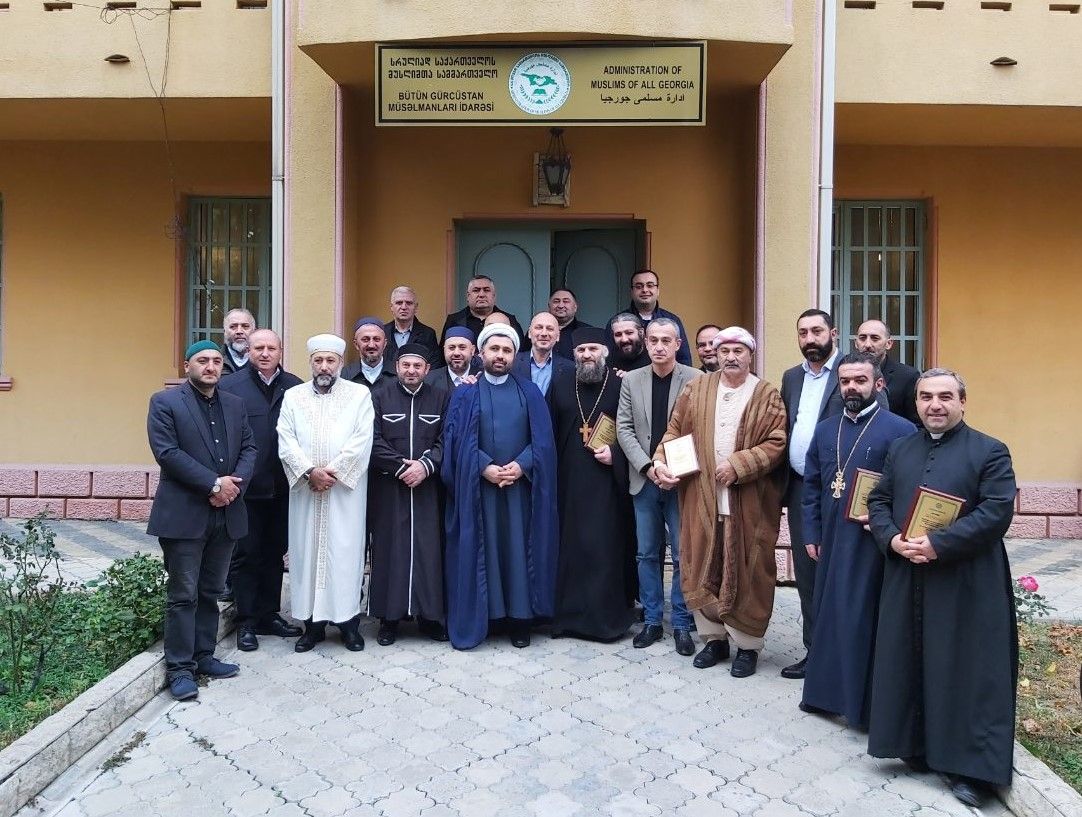 On November 16, 2019, Administration of Muslims in Georgia hosted representatives of various religious organizations of the country on the occasion of International Day for Tolerance.

The event was honored with the presence of the Vicar of the Armenian Diocese in Georgia, Rev. Father Archimandrite Kirakos Davtyan.

Chairman of the State Agency for Religious Issues Zaza Vashakhmadze welcomed the attendees and congratulated them on the occasion of International Day for Tolerance. According to his speech, this meeting one more time reaffirms the tolerant atmosphere which has historically been established among religious organizations in Georgia.

The guests definitely emphasized the role of the State Agency for Religious Issues in relations between religious organizations and the state and highlighted that the mutual respect, forgiveness and establishment of love and friendship among religions are the most important achievement of the state.

At the end of the event, certificates were handed over to religious organizations and the State Agency for Religious Issues for their support of a tolerant atmosphere in Georgia.

The Diocese of Armenian Apostolic Orthodox Holy Church in Georgia, in the person of the Vicar Rev. Father Archimandrite Kirakos Davtyan also received a certificate.

A decision was made to host various religious communities at the Armenian Diocese in on the occasion of the International Day for Tolerance in 2020.

The tradition of celebrating the International Day for Tolerance in this way was established in 2016, at the initiative of the State Agency for Religious Issues. At that time, representatives of different religious communities in Georgia were hosted by the Georgian Patriarchate, in 2017 by the Hebrew Diocese, and in 2018 by the Catholic Church. 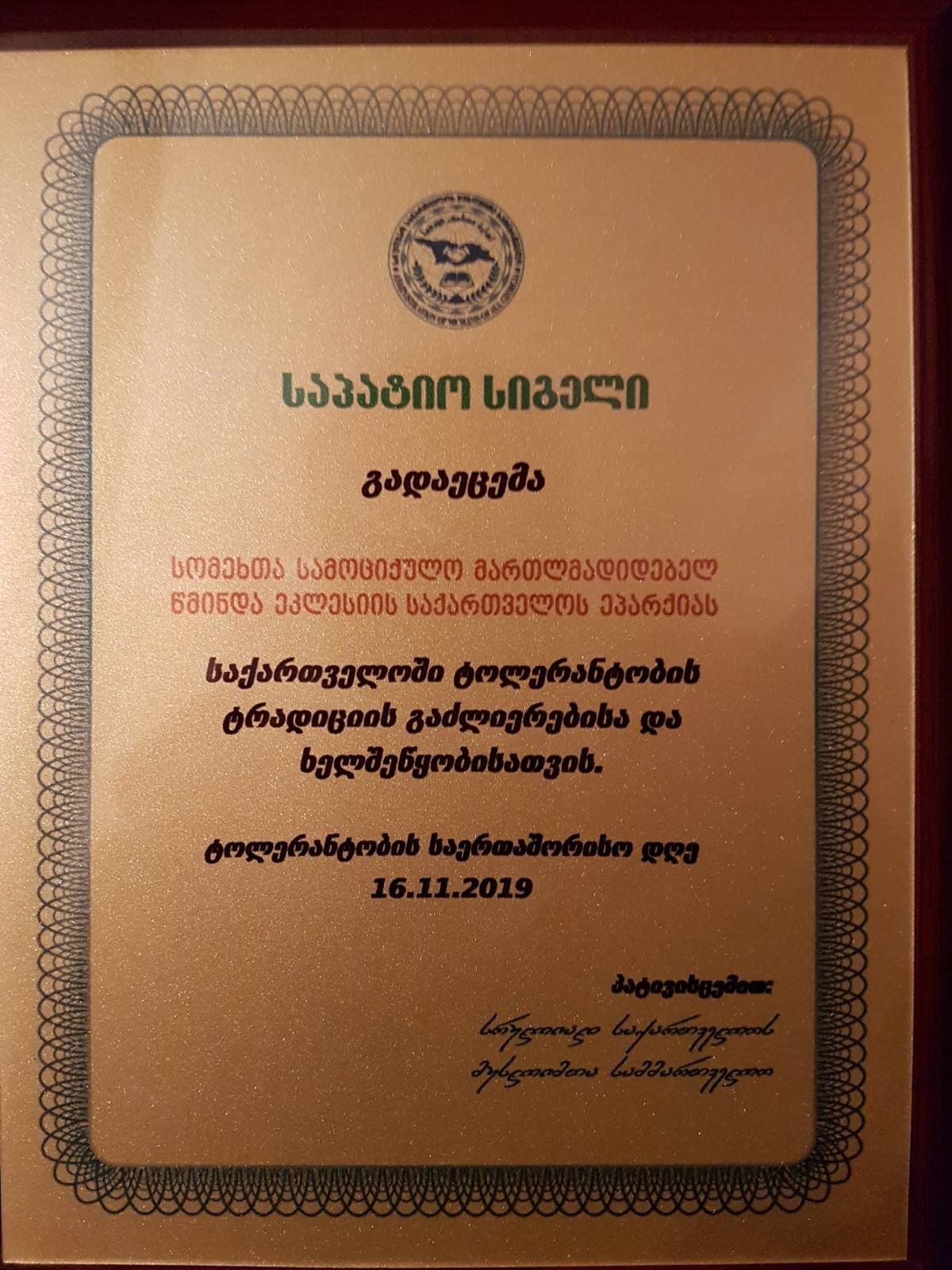