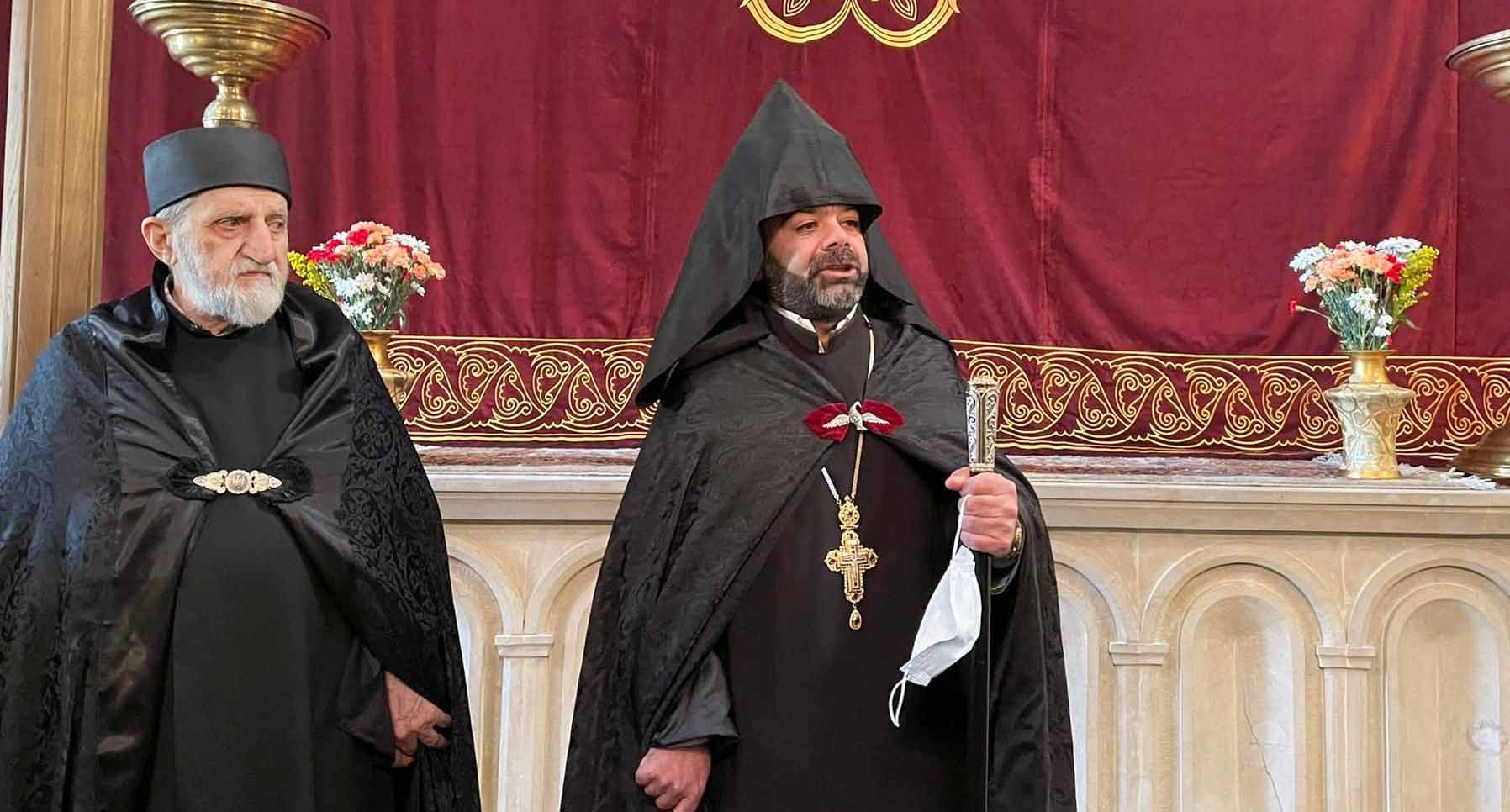 On February 27, 2022, Armenian Apostolic Holy Church celebrated the Feast of Eve of Great Lent (Great Barekendan). The day before the Great Lent was celebrated with Divine Liturgy and traditional hospitality with harisa at the Armenian community of Tbilisi.

Under the presidency of the Primate of the Armenian Diocese in Georgia, Rev. Father Archimandrite Kirakos Davtyan, Rev. Father Husik Harutyunyan celebrated Divine Liturgy in the Cathedral of Saint George (Surb Gevork).

At the conclusion of the Divine Liturgy, Rev. Father Archimandrite Kirakos Davtyan touched upon the 48-day period of the Great Lent preceding Easter; he highlighted the necessity of forgiving each other, reaching reconciliation on the day of Great Barekendan, and living with Christian love. The Diocesan Primate congratulated the attendees on the occasion of the Feast and invited them to taste traditional harisa.

The hospitality with harisa, which has a story of about ten years, is held continuously at the Armenian community in Georgia on the day of Great Barekendan. The tradition, which is spreading from year to year, is celebrated on different days in different communities of the Armenian Diocese. In Tbilisi, it is always celebrated on the eve of Great Lent. The reception is organized on the initiative of the ''Shushanik'' Union of Armenian Women in Georgia with the support of the Diocesan Headquarters.

Rev. Father Archimandrite Kirakos Davtyan highly appreciated the participation of women and community organizations, blessed the pots full of hairsa and invited those present to taste the delicious dish. However, the pandemic and the situation in Ukraine have limited the celebration of the traditional day. People just took part in the hospitality refraining from singing songs, playing music and creating a joyful mood.

About thirty pots with delicious harisa were placed at the tables in the church courtyard. Women representing the “Saint George” and “Saint Etchmiadzin'' church-loving women’s organization, “Hayartun'' and “House of Hovhannes Tumanyan'' Centers, members of  ''Shushanik'' Union, and numerous volunteers presented harisa they have cooked. Many faithful, guests and tourists tasted this dish, and the blessed harisa was given to sick and elderly people.

The traditional event dedicated to the Great Barekendan Feast was held with competition and hospitality in the “Saint Gregory of Narek” (“Surb Grigor Narekatsi”) Spiritual Center (spiritual superintendent: Rev. Father Narek Ghushchyan) in Rustavi; from harisa cooked by participants Aida Poladyan, Karine Hayrapetyan, and Ani  Minsyan, Aida Poladyan’s harisa was chosen as the best. After Rev. Father Narek blessed harisa, he invited those present to taste the delicious dish. 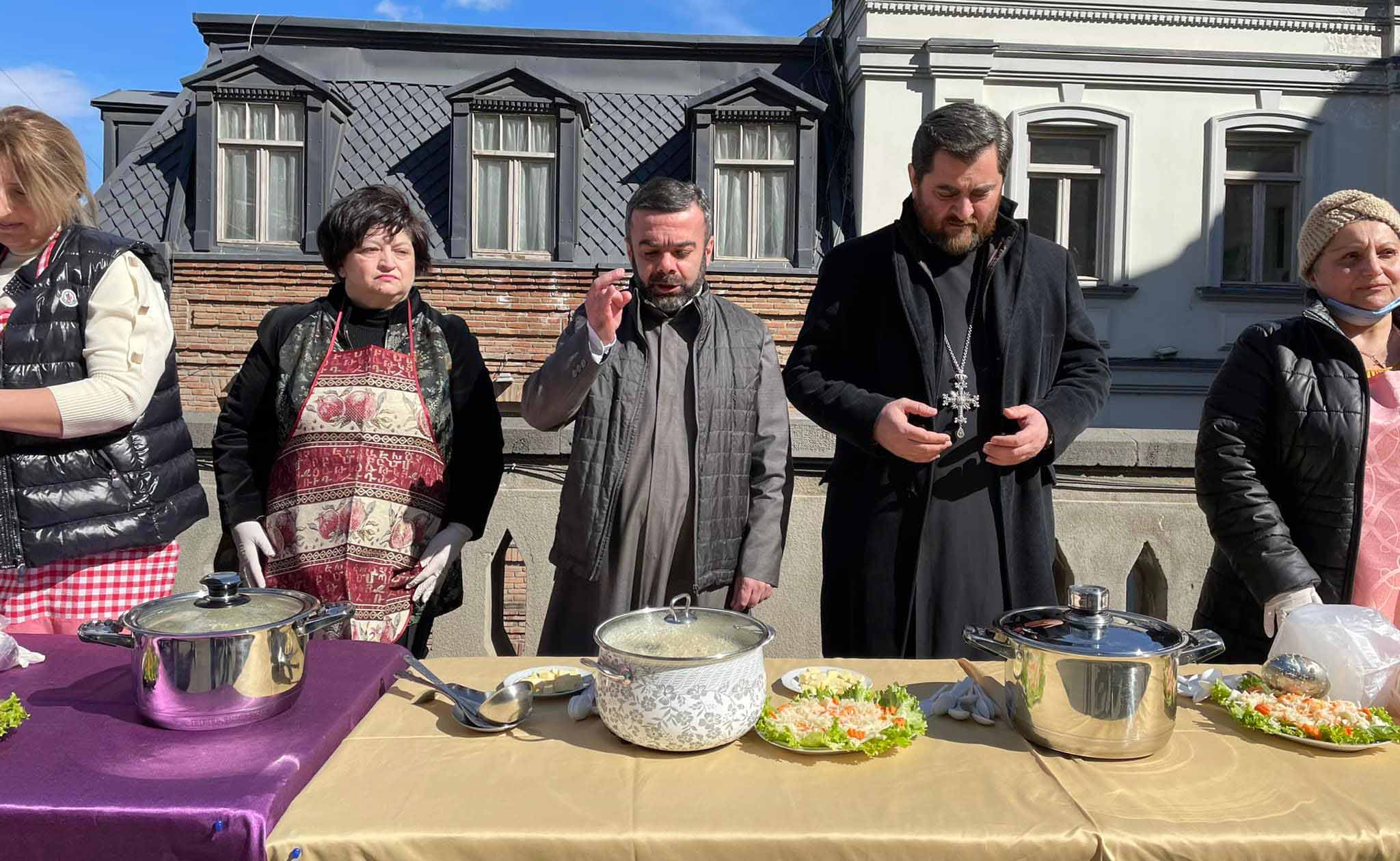 The 'Shushanik'' Union of Armenian Women in Georgia expresses its gratitude to the Headquarters of the Armenian Diocese in Georgia; Diocesan “Hayartun”, and “House of Hovhannes Tumanyan” Centers; “Saint Gregory of Narek” (“Surb Grigor Narekatsi”) Spiritual, Scientific, Educational and Cultural Center in Rustavi as well as members of church loving women’s union, and volunteer women for their participation in the event and their contribution in hospitality.

The 'Shushanik'' Union of Armenian Women in Georgia thanks the Primate of the Armenian Diocese in Georgia, Rev. Father Archimandrite Kirakos Davtyan; store  “Armenia” in the person of Eduard Muradyan; Rev. Father Virap Ghazaryan; Godfather of cross of Saint George church  Artak Avetisyan; Godfather of cross of Saint Etchmiadzin Samvel Poghosyan and other benefactors for their support to the festival.

Harisa in an Armenian national dish, the cooking process of which is long but very interesting. Wheat is cooked in chicken or sheep bouillon (meat water), stirred with a wooden spoon until it becomes a combined and smooth mixture. Before eating they add oil or butter in it.

In accordance to the legend, the tradition of cooking of harisa is related to the name of Gregory the Illuminator. In order to feed the poor people, he was asking the villagers for large amount of wheat and meat, and ordering his pupils to mix them in a pot, in Armenian he was saying “Harek sa!” which means “Blend this!” and this is why the dish is called harisa. 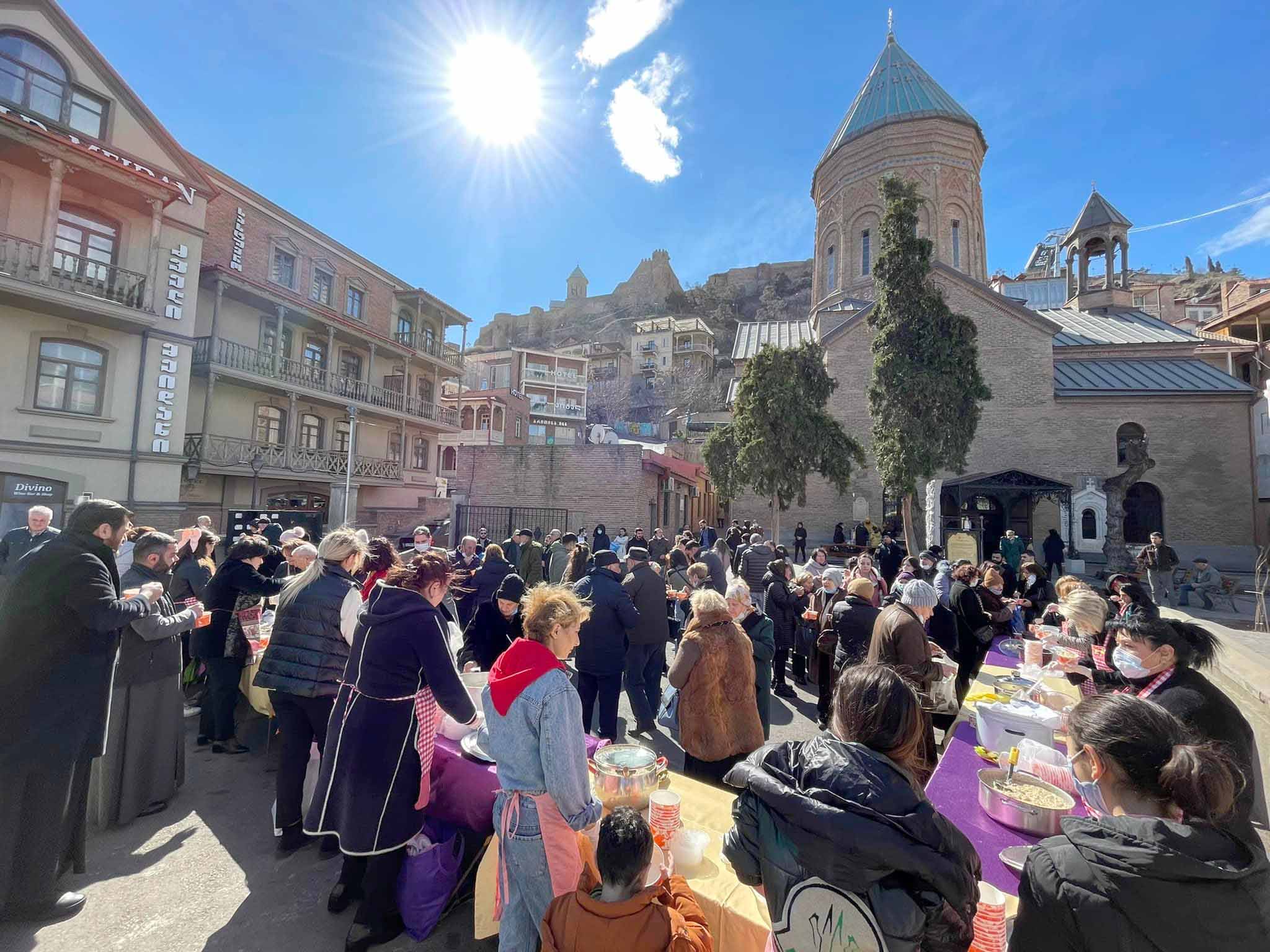