Tragic page of Armenian history: Response of Souls Service offered in memory of the earthquake victims 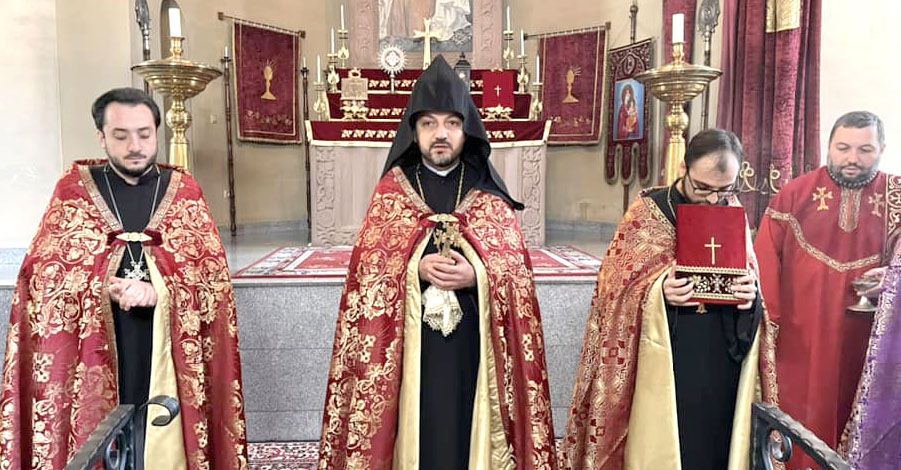 On December 7, 2022, in Tbilisi Saint Etchmiadzin church of the Armenian Diocese in Georiga, a Response of Souls Service was offered under the presidency of Rev. Father Archimandrite Zaven Yazichyan, Pastor of Shahumyan, Karmir (Red), and Akhkyorpi villages of Kvemo Kartli region and with the participation of clergy and deacons in memory of the victims of the catastrophic earthquake in the Republic of Armenia in 1988.

Mourning music spread inside the church, at 11:41, the bells of the St. Etchmiadzin Church in Avlabari were joined by the bells of Armenian churches all over the world, reminding of the natural disaster that brought death and destruction within seconds.

Although time heals the wounds, the Armenian people continue to remember the innocent martyrs with their prayers lighting candles for the peace of their souls. 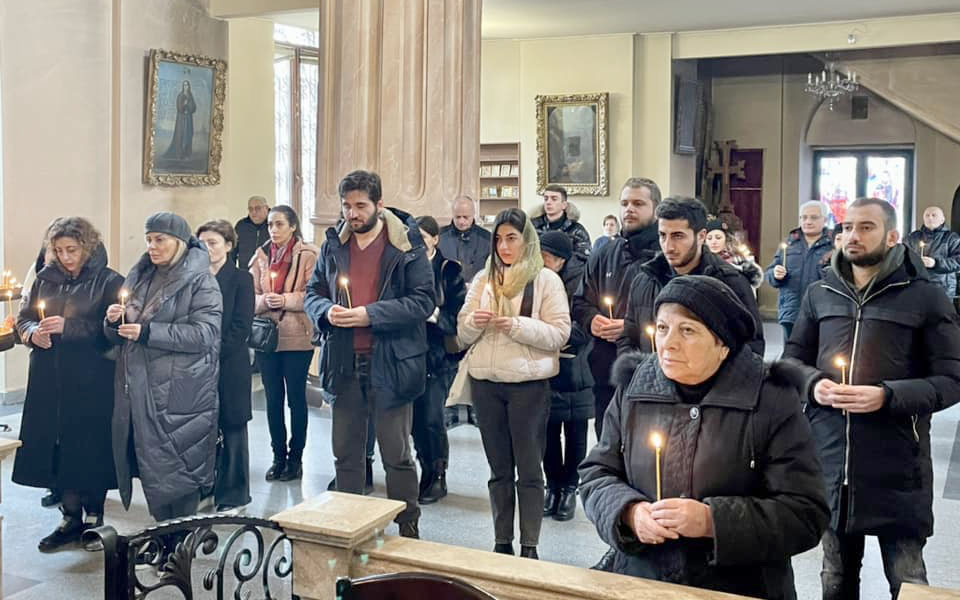 At the conclusion of the ceremony, Rev. Father Archimandrite Zaven Yazichyan touched upon the devastation caused by the catastrophic earthquake in the northern regions of Armenia. People who had woken up that day with a prayer and started their daily routine, suddenly found themselves in front of a deadly disaster, powerless and helpless. Rev. Father appreciated the response and help of the countries of the world to the Armenian people that was in a big tragedy and now remembers with gratitude the provided support. Rev. Father Archimandrite Zaven Yazichyan called the earthquake that hit the country a spiritual test by God and urged those present to live with Christian love and faith, asking Almighty God for protection from such disaters.

Response of Souls Service was offered and candles were lit for the peace of souls of earthquake victims in operating churches of the Armenian Diocese in Georgia.

The intensity of the earthquake that happened on December 7, 1988, at the epicenter was 10 magnitudes. The earthquake covered about 40% of the RA territory, where 1 million people lived. 21 cities and regions, 342 villages were affected. 514 thousand people became homeless. About 20,000 people were injured to varying degrees. 17% of the entire RA housing stock was destroyed, 170 industrial enterprises ceased operating, and huge damage was caused to the villages, agro-industrial complex,  architectural, historical, and art monuments, and 917 public education centers were damaged.