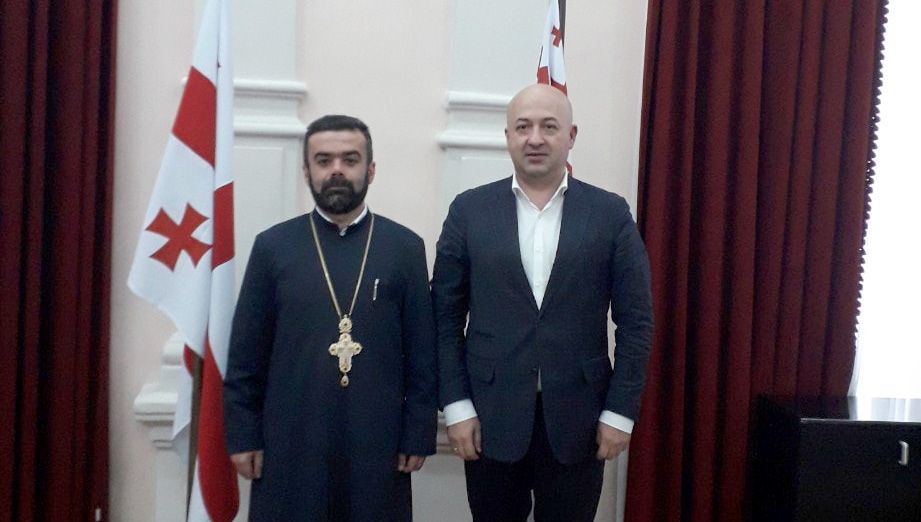 On July 26, 2019, the Vicar of the Armenian Diocese in Georgia, Rev. Father Kirakos Davtyan left for Batumi

On the same day, the Vicar of the Armenian Diocese in Georgia visited Batumi Municipality where a meeting with the Mayor Lasha Komakhidze, Deputy Mayor Lela Surmanidze and other officials took place.

Mayor Komakhidze congratulated Rev. Father Kirakos on the occasion of the appointment to serve as Vicar, touched upon the cooperation between Saint Savior church and Batumi municipality and expressed readiness to continue that cooperation. 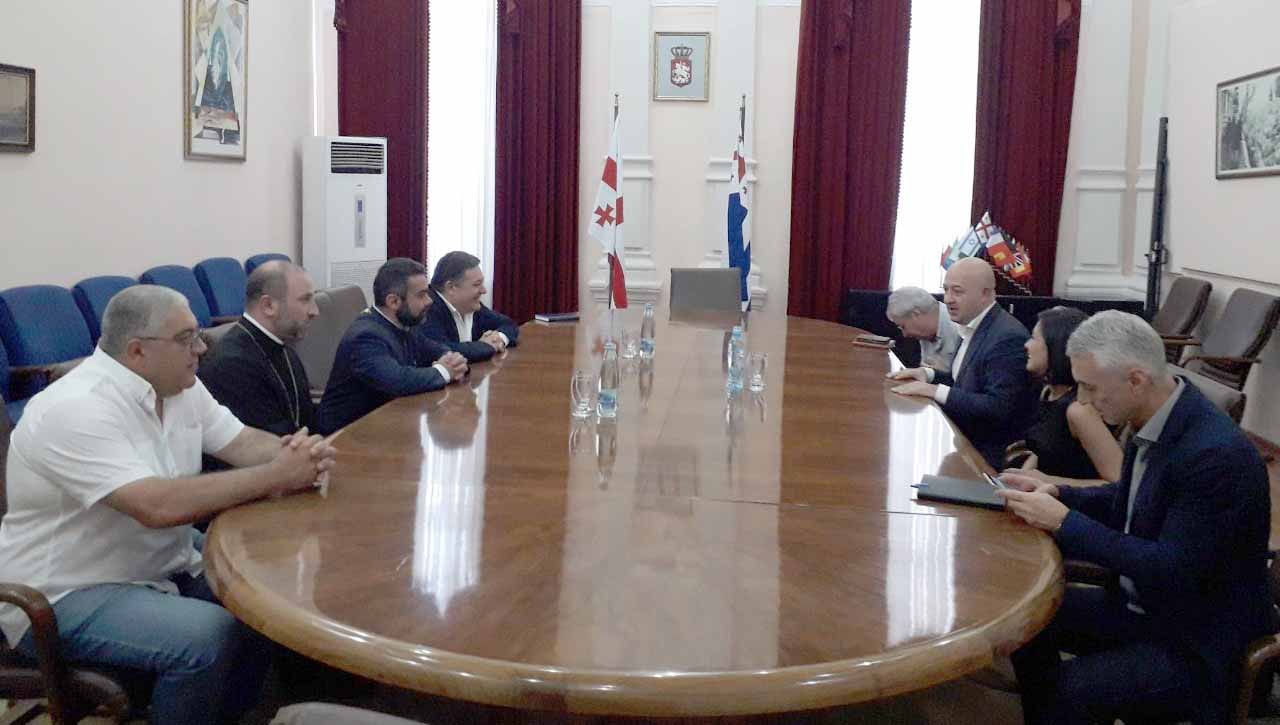 Rev. Father expressed his gratitude for reception, mentioned that he was appointed to serve in the Saint Savior church in Batumi after he was ordained as a celibate priest and he has warm memories about the city and its residents. Rev. Father Kirakos expressed hope that the relations between Batumi Municipality and the Armenian Diocese in Georgia which are based on mutual respect and love will develop.