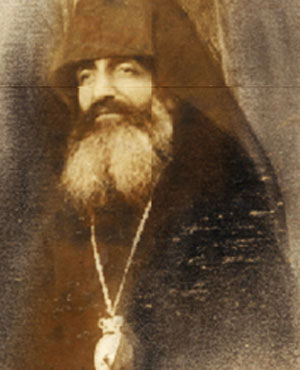 Bishop Artak Smbatyants received his primary education at his birthplace.

From 1877 to 1894, Bishop Artak Smbatyants studied at the Nersisyan Theological School of Tbilisi, Georgia.

From 1894 to 1897, he studied at the Gevorgian Theological Seminary of the Mother See of Holy Echmiadzin.

In 1895, by the especial Encyclical of Mkrtich I Vanetsi Khrimyan, Supreme Patriarch and Catholicos of All Armenians (commonly known as Khrimyan Harik) he became a member of the Brotherhood of the Mother See of Holy Etchmiadzin.

In 1896, he was ordained as a deacon. In order to receive the professional higher education he moved to Dorpat, and from 1899 to 1902 attended lectures there at the local university.

In 1903, he received the rank of Archimandrite (Vardapet).

In 1920, he received the rank of Senior Archimandrite (Dzayraguyn Archimandrite), and in 1922 was consecrated as a Bishop.

From 1927 to 1929, Bishop Artak was reappointed to serve as the Head of Diocese of Armenian Church in Shirak, Armenian.

On December 13, 1929, the Deputy Assembly of Tbilisi elected Bishop Artak Smbatyants the Head of the Diocese of the Armenian Apostolic Orthodox Holy Church in Georgia. He occupied this responsible position until 1933.

In 1935, Bishop Artak Smbatyants was appointed to serve as the Representative of the Catholicos of all Armenians in Araratian Patriarchal Diocese, and occupied this position until the end of his life, until 1937.