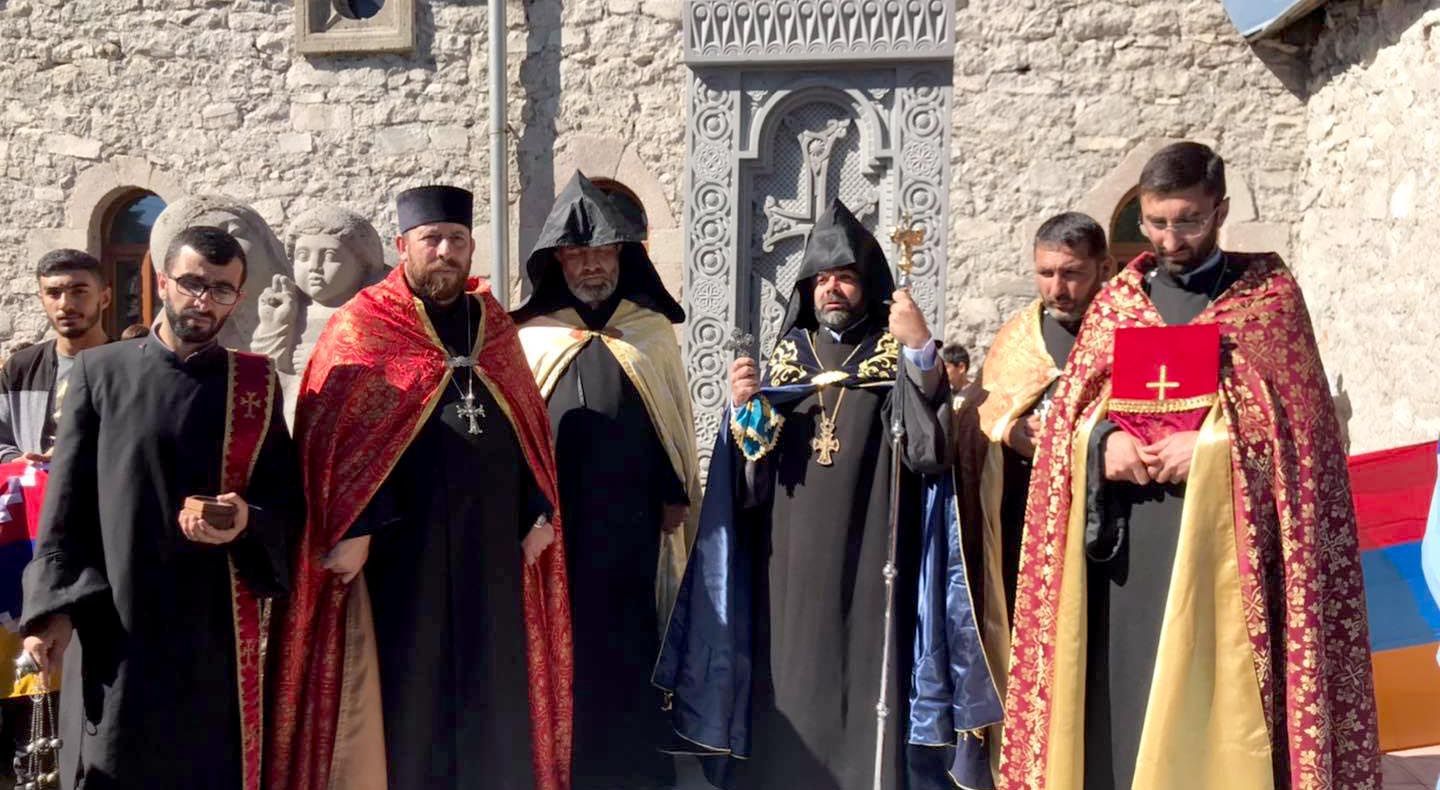 On September 27, 2021, on the anniversary of the 44-day war in Artsakh, opening and blessing ceremony of a cross-stone (khachkar) dedicated to the memory of deceased heroes took place in the yard of Holy Cross (Surb Khach) church in Akhalkalaki, under the presidency of the Primate of the Armenian Diocese in Georgia, Rev. Father Archimandrite Kirakos Davtyan, on the initiative of ''Javakhk supports the Armenians'' Foundation and with the donations of Armenians from Javakheti.

The cross-stone, carved by local master Artyom Gabrielyan became the testimony of the memory of about 70 deceased heroes from Javakheti, and will remind the heroes who gave their lives for the independence of Motherland and Artsakh.

In the churchyard, Requiem Service was offered for the peace of souls of deceased heroes of the 44-day war under the presidency of the Primate of the Armenian Diocese in Georgia, Rev. Father Archimandrite Kirakos Davtyan and with the participation of Rev. Father Hakob Ter Sahakyan, Rev. Father Armash Poghosyan, Rev. Father Tadeos Ter Mkrtchyan and Rev. Father Narek Tigranyan and the deacons.

Rev. Father Kirakos Davtyan in his speech to those present touched upon the steadfast patriotism of a whole generation of young people who gave their lives in the 44-day war, and by the cost of whose lives the wounded Artsakh lives today, and the Motherland heals its wounds.

Karen Papikyan, ''Javakhk supports the Armenians'' Foundation Chairman conveyed to the Diocesan Primate the letter of gratitude of the President of Artsakh republic Arayik Harutyunyan, where the words of appreciation were recorded for the support provided by the Foundation from the very first days of the war, highly valuing the support of the people of Javakhk to Artsakh which was torn apart by the terrible war.

Attendees laid flowers at the pedestal of the cross-stone and in front of the pictures of deceased heroes.

The anniversary of the 44-day war ended with candle lighting in the memory of the heroes in Holy Cross (Surb Khach) church in Akhalkalaki. 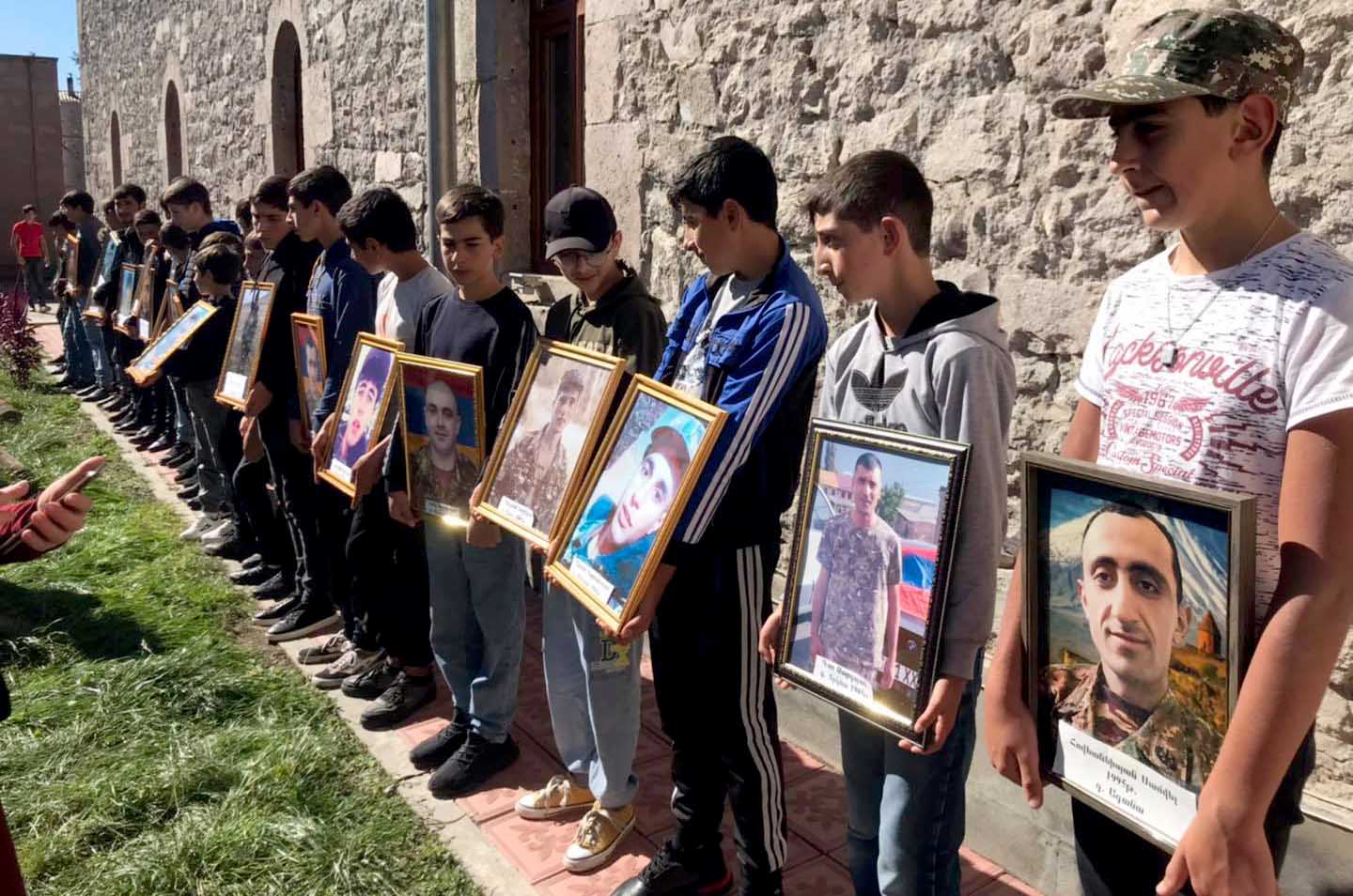 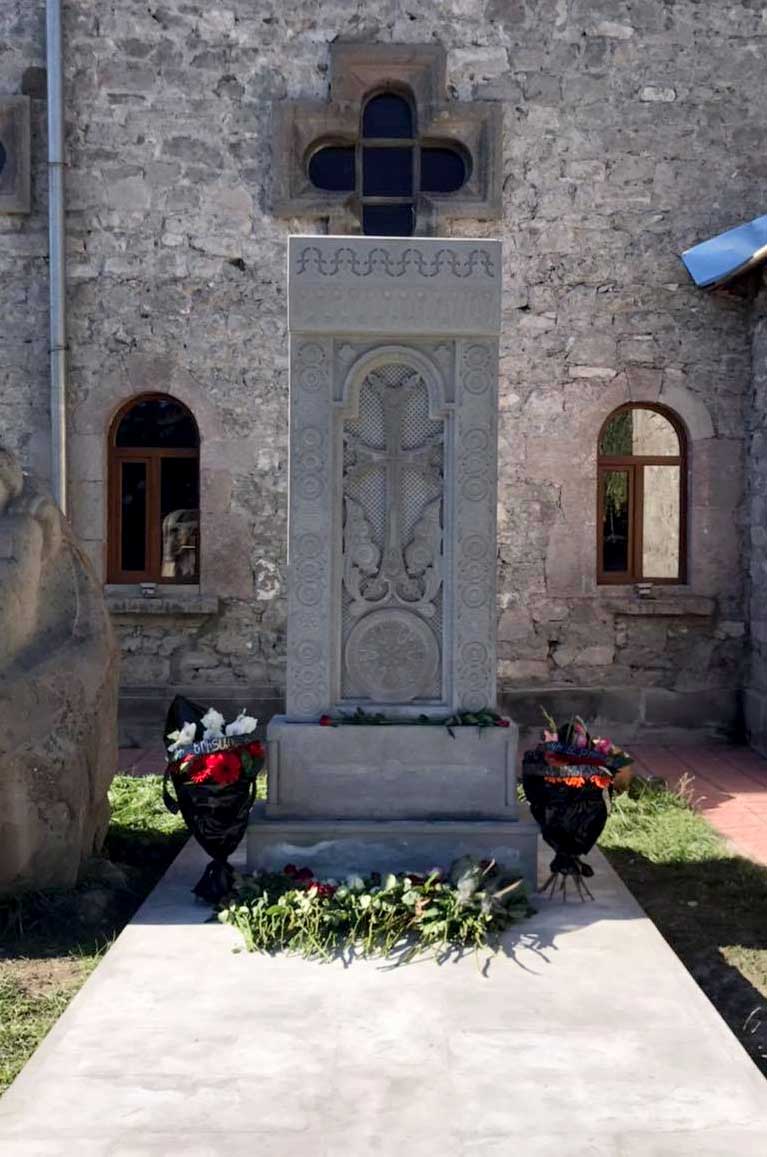