Ceremonies of Holy Thursday held at the Armenian Diocese in Georgia 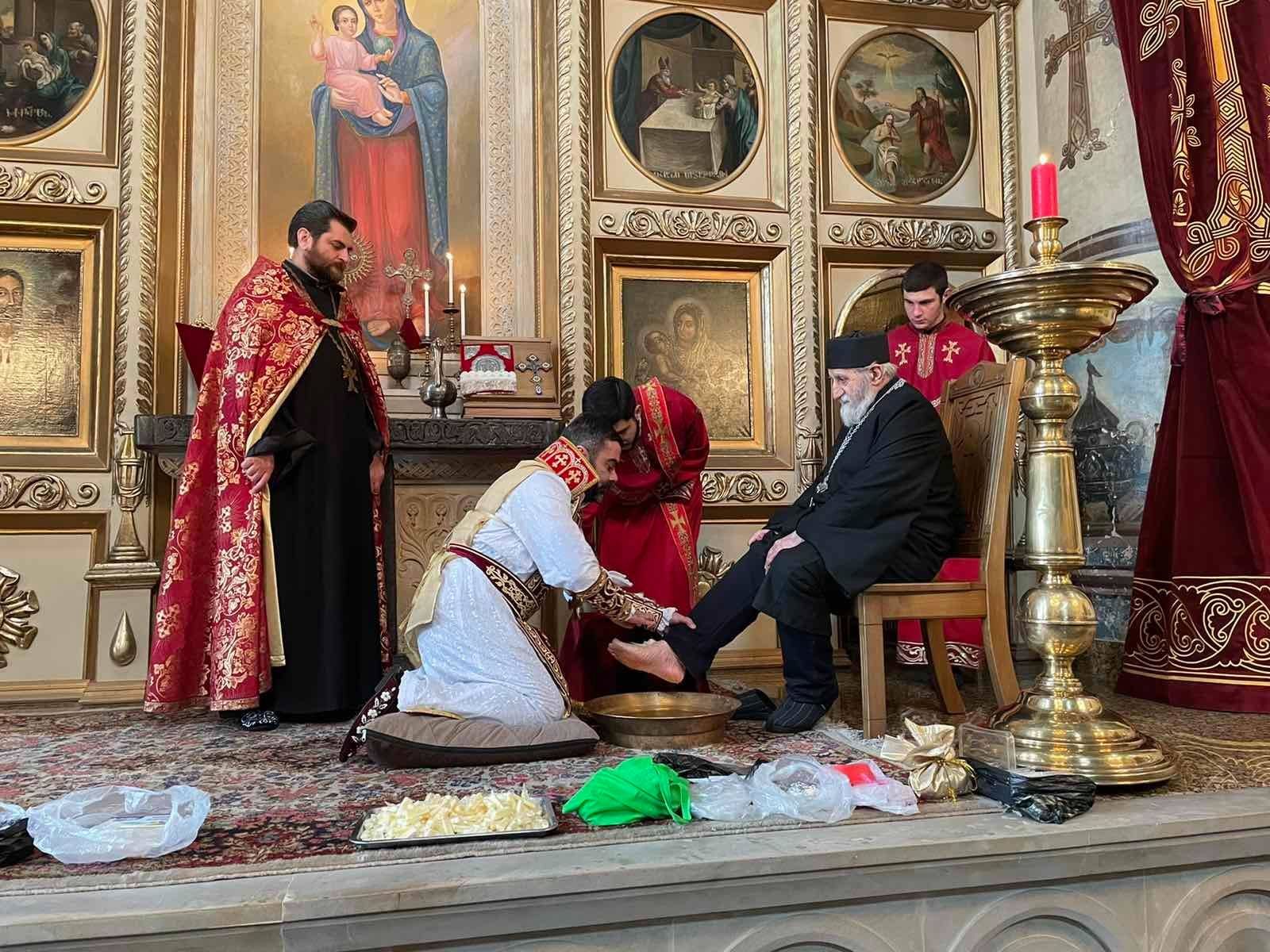 On April 1, 2021, the Armenian Apostolic Holy Church celebrated Holy Thursday. This is symbolizes the commemoration of the Last Supper of Our Lord Jesus Christ and the establishment of the sacrament of Holy Communion. Divine Liturgy was celebrated in the morning of Holy Thursday in the operating churches of the Armenian Diocese in Georgia. The ceremonies began in the morning and lasted until late in the evening. After the Morning Service, Apashkaroghats Karg (service for those who are fasting) Service was offered; afterwards Divine Liturgy symbolizing the Last Supper was celebrated in the churches of the Armenian Diocese in Georgia. It was during the Last Supper that Jesus established the sacrament of Holy Communion: wine as His Blood, and bread as His Body.

During the Divine Liturgy, Rev. Father Archimandrite Kirakos Davtyan preached about the establishment of the sacrament of Holy Communion by Jesus.

Afterwards, Washing of the Feet Service was offered at the churches. After the Last Supper, as an example of true meekness and humility, Christ washed the feet of his disciples.

Following this example of Our Lord, priests of Armenian churches knelt on the Holy Altar and under the singing of hymns washed the feet of twelve children and anointed them with blessed oil. After the ceremony, the faithful received the blessed oil.

In the churches of the Armenian Diocese in Georgia, particularly in the Cathedral of Saint George (Surb Gevork), during the ceremony held under the presidency of Vicar of the Armenian Diocese in Georgia, Rev. Father Archimandrite Kirakos Davtyan, Gospel readings recall the prayer of Jesus prayer in the Garden of Gethsemane, His betrayal, arrest and the denial of Peter.

During the Passion Service, Rev. Fathers in their sermons urged the faithful to make a covenant of faithfulness with Our Lord Jesus Christ, live with Christian love, and never betray Son of God.

Passion Service was also offered in the other churches of the Diocese of Armenian Apostolic Orthodox Holy Church in Georgia. 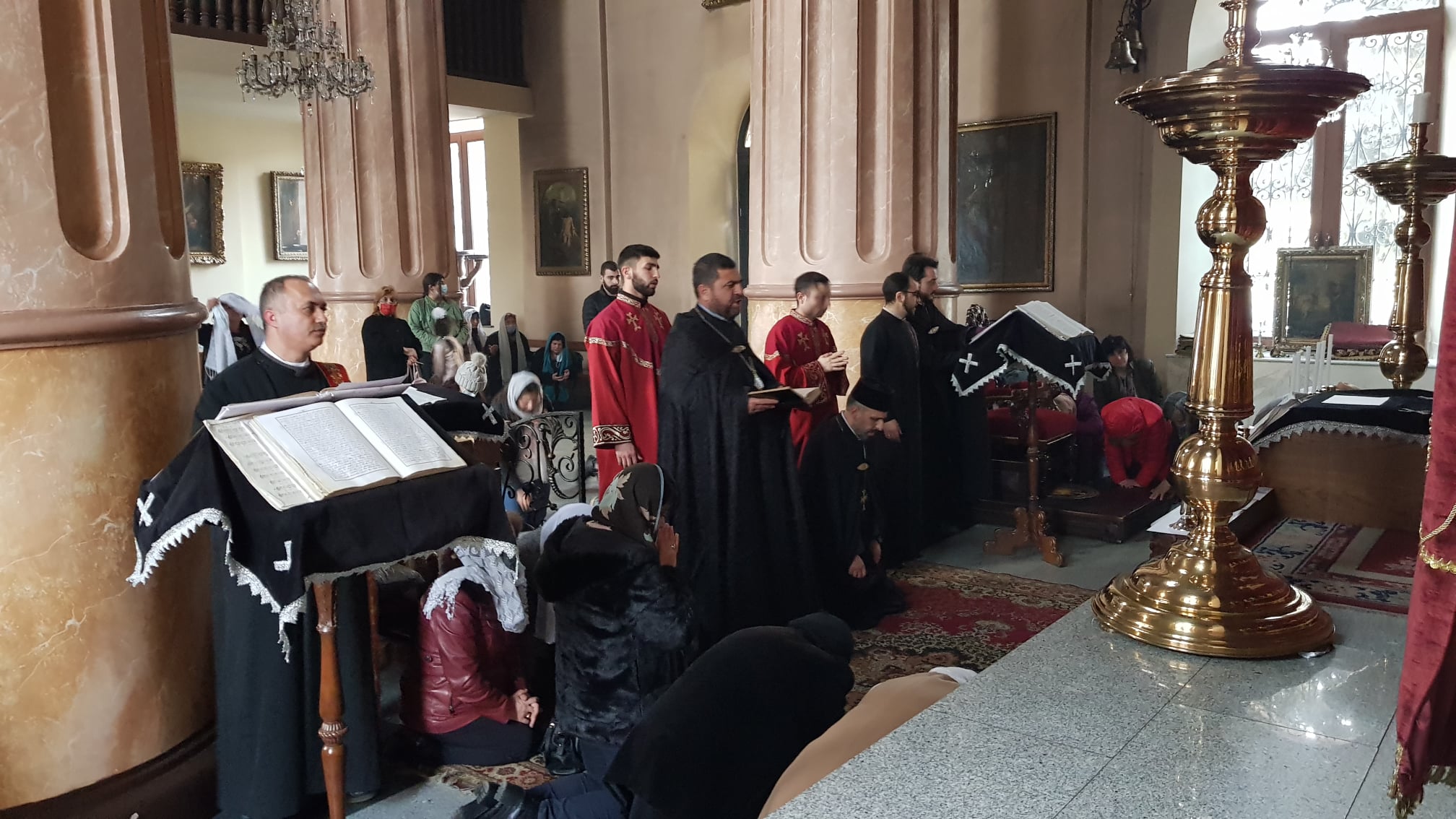 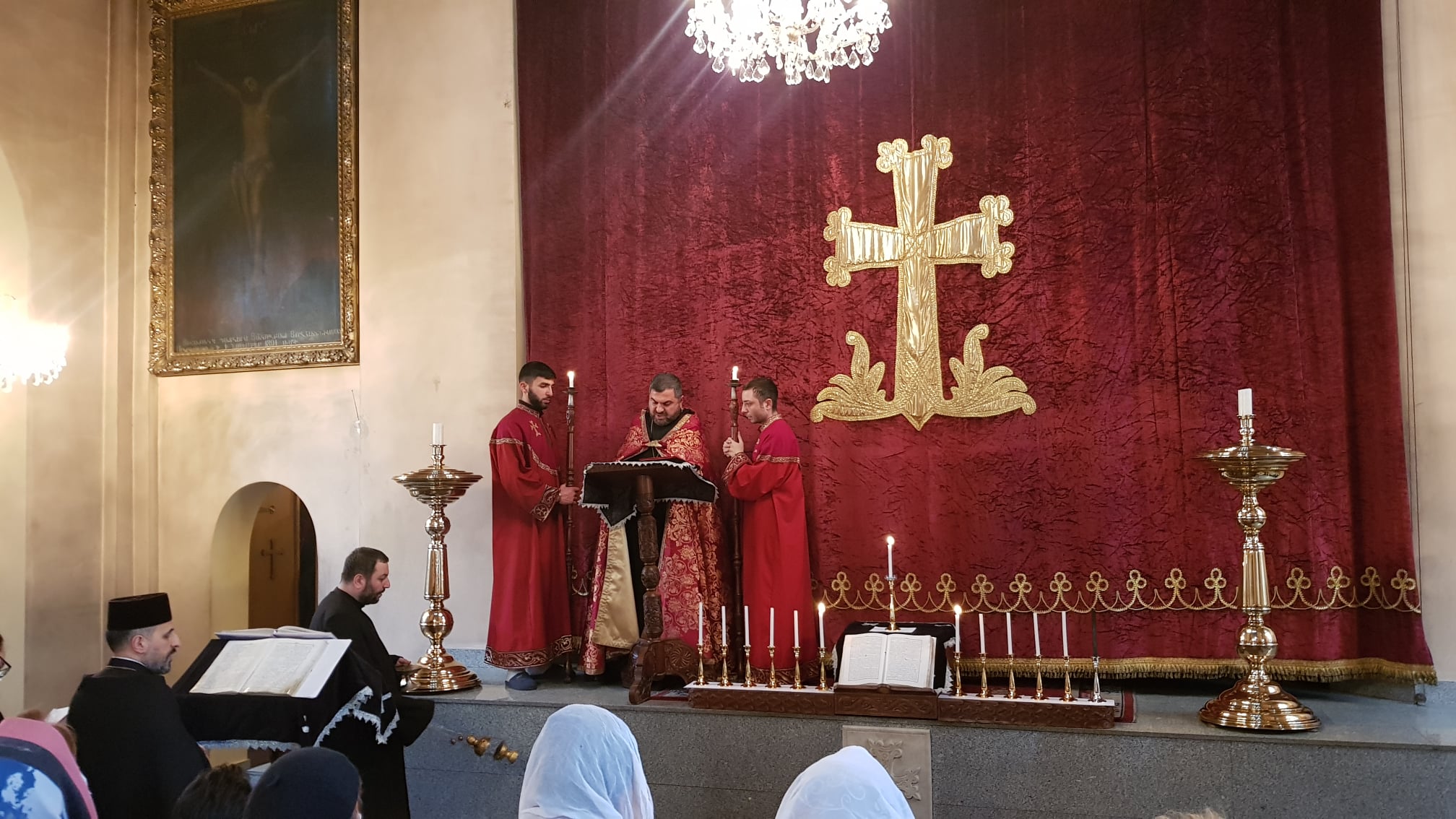