Clergy meeting at the Armenian Diocese in Georgia 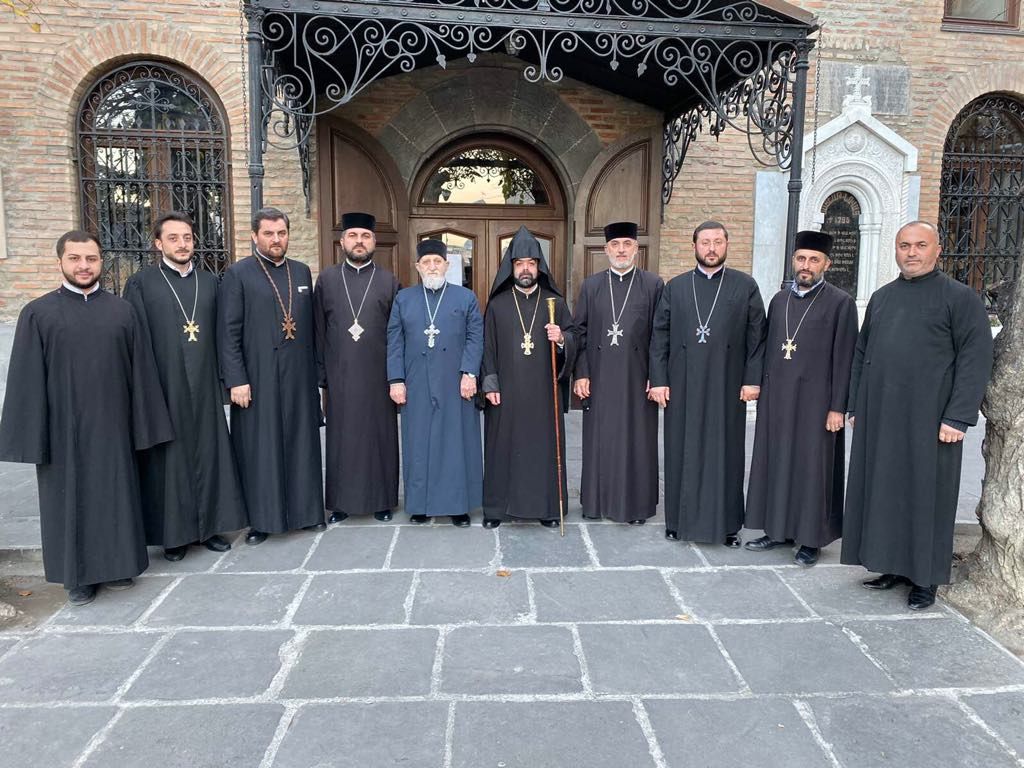 On November 7, 2019, at the Cathedral of Saint George of the Armenian Diocese in Georgia, after the evening joint prayer, clergy meeting took place with the participation of the clergymen from Pastorates of Tbilisi and Rustavi.

The clergy meeting was presided over by the Vicar of the Armenian Diocese in Georgia, Rev. Father Archimandrite Kirakos Davtyan.

The Vicar presented the agenda of the meeting, which included several ritual, ceremonial and organizational issues. Rev. Father particularly urged to be more attentive to the uniformity of the rituals and ceremonies in all churches, and drew attention to the possible exclusion of rituals and ceremonies outside the church on Sundays, during the Divine Liturgies, as well as cooperation with all state and private institutions and companies in a mutually agreed manner.

The participants discussed the initiative of State Agency for Religious Issues to conduct a course of Georgian language for clergymen for teaching them the official language of the state.

The main issues on the agenda of the meeting were the political and social affairs which took place in the Republic of Armenia during the recent months, in particular, the issue of ratification of the Istanbul Convention and the wave of protests against it, as well as new educational standards put forward by RA Ministry of Education, Science, Culture and Sport according to which the Armenian Church History subject may be excluded from the academic program for secondary schools, and the Armenian language and Literature may be excluded from the list of compulsory subjects from university academic programs.

The clergy expressed their concerns and opinions on the abovementioned issues. A decision was made to make a general statement.

The Diocesan Vicar summed up the meeting urged clergymen spare no effort to improve and prosper the spiritual and church life of the Armenian Diocese in Georgia with their work and to be alert to important national and church events and affairs in Motherland.

Please find attached the statement by the clergy of the Armenian Diocese in Georgia on the Istanbul Convention.