Cognitive visit of young Armenians from Georgia to Motherland 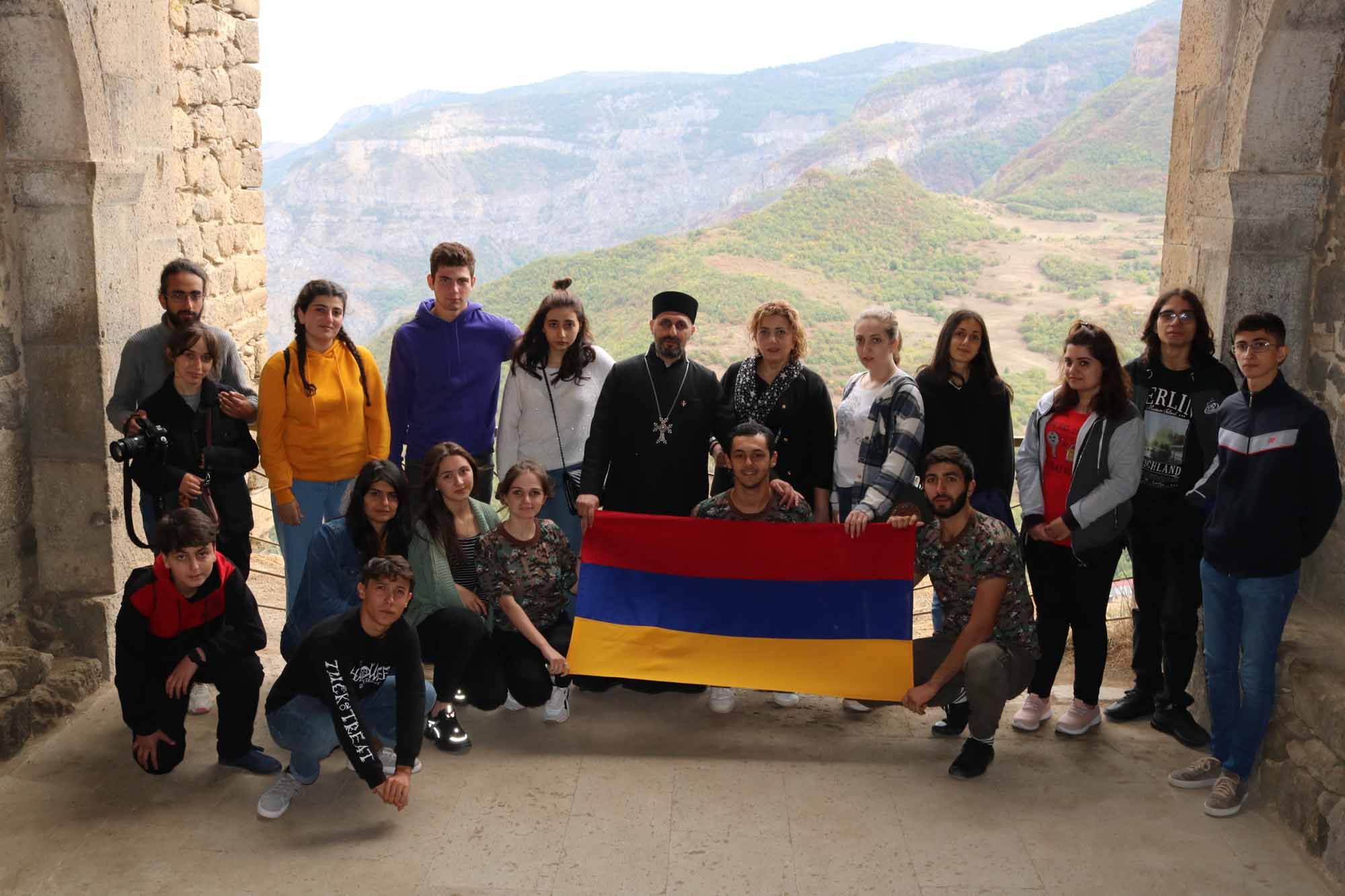 From September 8 to 11, 2021, within the framework of the Pan-Armenian Recognition and Cooperation project, at the invitation and with the support of the Ministry of Education, Science, Culture and Sports of the Republic of Armenia, with the blessings of the Primate of the Armenian Diocese in Georgia, Rev. Father Archimandrite Kirakos Davtyan, the fourth regular visit of the Diocesan Department of Youth to the Republic of Armenia took place. The aim of the project was to present the spiritual, cultural monuments, historical sites and nature of the Motherland to the Armenian youth from Georgia.

The pilgrimage of young Armenians from Georgia was led by Rev. Father Tatev Marukyan,  the Head of the Youth Department of the Armenian Diocese in Georgia accompanied by Eugenia Markosyan, the Head of the ''Hayartun'' Center and deacon Gevorg Avetisyan. 25 young people from Tbilisi, Akhalkalaki, Akhaltsikhe, Bolnisi cities and regions who are actively involved in the Diocesan life took part in the pilgrimage.

After praying in Saint Etchmiadzin church in Tbilisi, the group of pilgrims left for the Motherland.

During the unforgettable four-day trip, the group of young Armenians from Georgia visited Goshavank Monastery of the Diocese of Tavush, Dilijan city, and marvelous monastery of Sevan (Sevanavank), Matenadaran, where they met the former Primate of the Armenian Diocese in Georgia, now the Director of the Conceptual Affairs Office of the Mother See of Holy Etchmiadzin His Grace Bishop Vazgen Mirzakhanyan and received his blessings. The pilgrims paid tribute in Yerablur to the memory of the heroes of the 44-day war, and afterwards visited the local pantheon. The pilgrimage continued in the Khor Virap (Deep Dungeon) Monastery, the center of Armenian Christianity, they traveled by ''Ta tever'' ropeway which is the longest one in the world, after that they prayed to Almighty God in Tatev Monastery, attended Goris city. On the way back, the group visited the beautiful Shaki waterfall in Syunik Province and Jermuk city, enjoying the beautiful and unique natural sites.

The group of youngsters was hosted by the Ministry of Education, Science, Culture and Sports of the Republic of Armenia in Yerevan, where a meeting was held with Gohar Mamikonyan, the Head of Department for Youth Policy, Supplementary and Continuing Education. The young people and the leaders of the group expressed their satisfaction with the organization of the important and purposeful project, and the Ministry staff members expressed hope that such projects will be continuous, as they aimed at providing warmer and more active relations between young Armenians from Georgia and the Motherland.

There were also proposals to continue the cooperation and implement joint projects, which was accepted by both parties. The Diocese of the Armenian Apostolic Holy Church in Georgia and the Diocesan Youth Department express their deep gratitude to the Ministry of Education, Science, Culture and Sports for help and support, as well as for organizing the ''Armenian Recognition and Cooperation'' project at such a high level, and giving young Armenians from Georgia an opportunity to get acquainted with the historical and cultural sites of Armenia.

Armenian youngsters from Georgia returned to Tbilisi inspired by the great pathos of patriotism and bringing with them good wishes of their new friends and the expectation of meeting again. 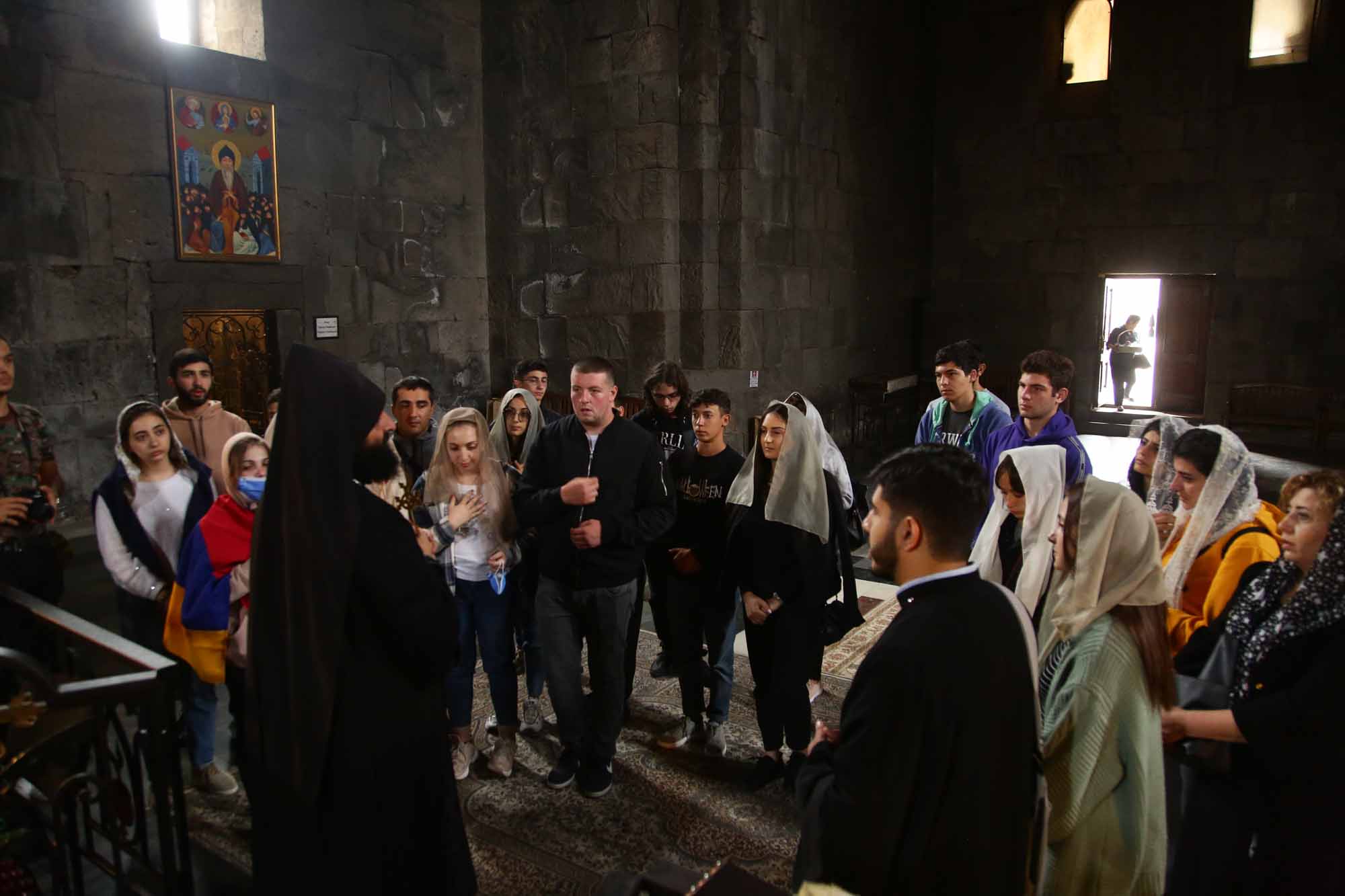 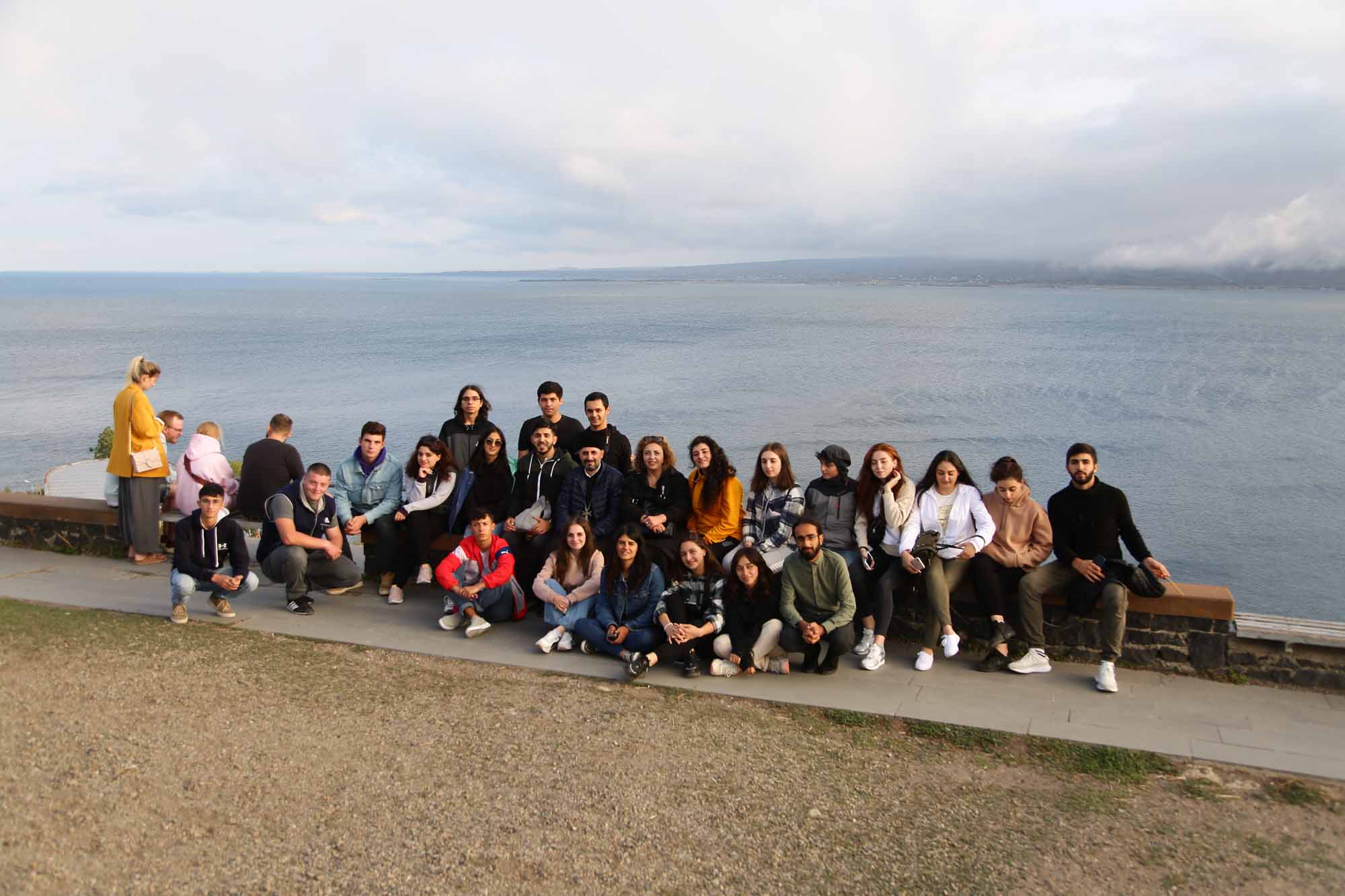