Feast of St. Sarkis the Captain, his son and 14 soldiers-companions celebrated in Tbilisi

This year Armenian Apostolic Holy Church celebrates the Feast of St. Sarkis the Captain, his son Mardiros and his 14 soldiers-companions on February 12. The Feast of St. Sarkis, which is the favorite feast of the Armenian faithful, is being properly celebrated at the churches of the Armenian Diocese in Georgia. The festive events launched with cross-marches and pilgrimages to the churches and chapels named after the saint organized everywhere on the eve of the feast.

Armenian faithful from Tbilisi traditionally celebrate the feast with a march to the chapel named after Saint, built in 1883, in Kharkhup district.

On February 11, 2022, on the feast eve, a large number of pilgrims gathered in the courtyard of Saint Etchmiadzin church in Avlabari, and under the leadership of the Primate of the Armenian Diocese in Georgia Rev. Father Archimandrite Kirakos Davtyan and accompanied by deacons walked towards St. Sarkis Chapel icons of St. Sarkis and crosses, singing psalms and hymns and praying. Activeness and hgh level of organizational skills of youth groups of various non-governmental organizations (NGOs) was noticeable. The participants of the march stopped and prayed near the ruins of Shamkhoretsots Karmir Avetaran (Red Gospel) church. 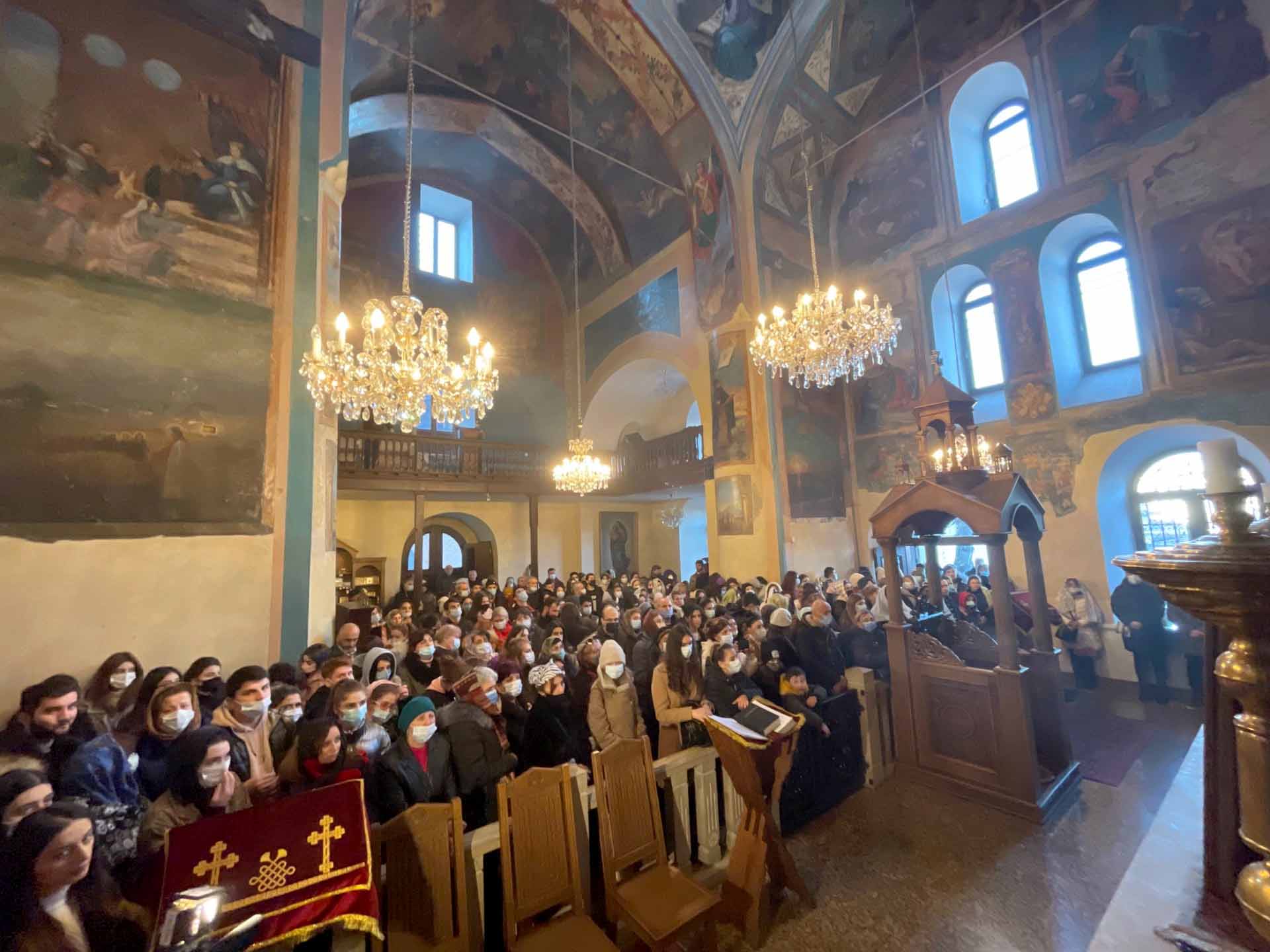 After their pilgrimage, all the pilgrims reached the Cathedral of Saint George (Surb Gevork) pronouncing out loud the Lord’s Prayer in their mother tongue.

An Evening Service was offered on the eve of the Feast under the presidency of the Primate of the Armenian Diocese in Georgia, Rev. Father Kirakos Davtyan Archimandrite Kirakos Davtyan and with the participation of clergy.

Rev. Father Kirakos offered his blessings to the faithful, preached about the mystery of the Feast, martyrdom of St. Sarkis, his son and his companions for the sake of Christianity. Rev. Father also touched upon the fact, that by the order of His Holiness Karekin II, Supreme Patriarch and Catholicos of All Armenians the Feast of St. Sarkis the Captain was proclaimed as a day of blessing of young people. Rev. Father offered Blessing of Youth Service and wished the young people fulfillment of their goals.

Traditionally, the Feast of St. Sarkis is not only celebrated with church ceremonies, but also with folk celebrations. At the conclusion of the service offered on the eve of the feast, the young people received salty cookies with a hope that their dreams will come true. On February 12, on the feast day, festive Divine Liturgy will be celebrated under the presidency of the Primate of the Armenian Diocese in Georgia in the Cathedral of Saint George in Tbilisi.

The Armenian Diocese in Georgia expresses its gratitude to the Traffic Police of the Ministry of Internal Affairs of Georgia for accompanying the march of faithful with crosses in Tbilisi and ensuring a peaceful course of the march. 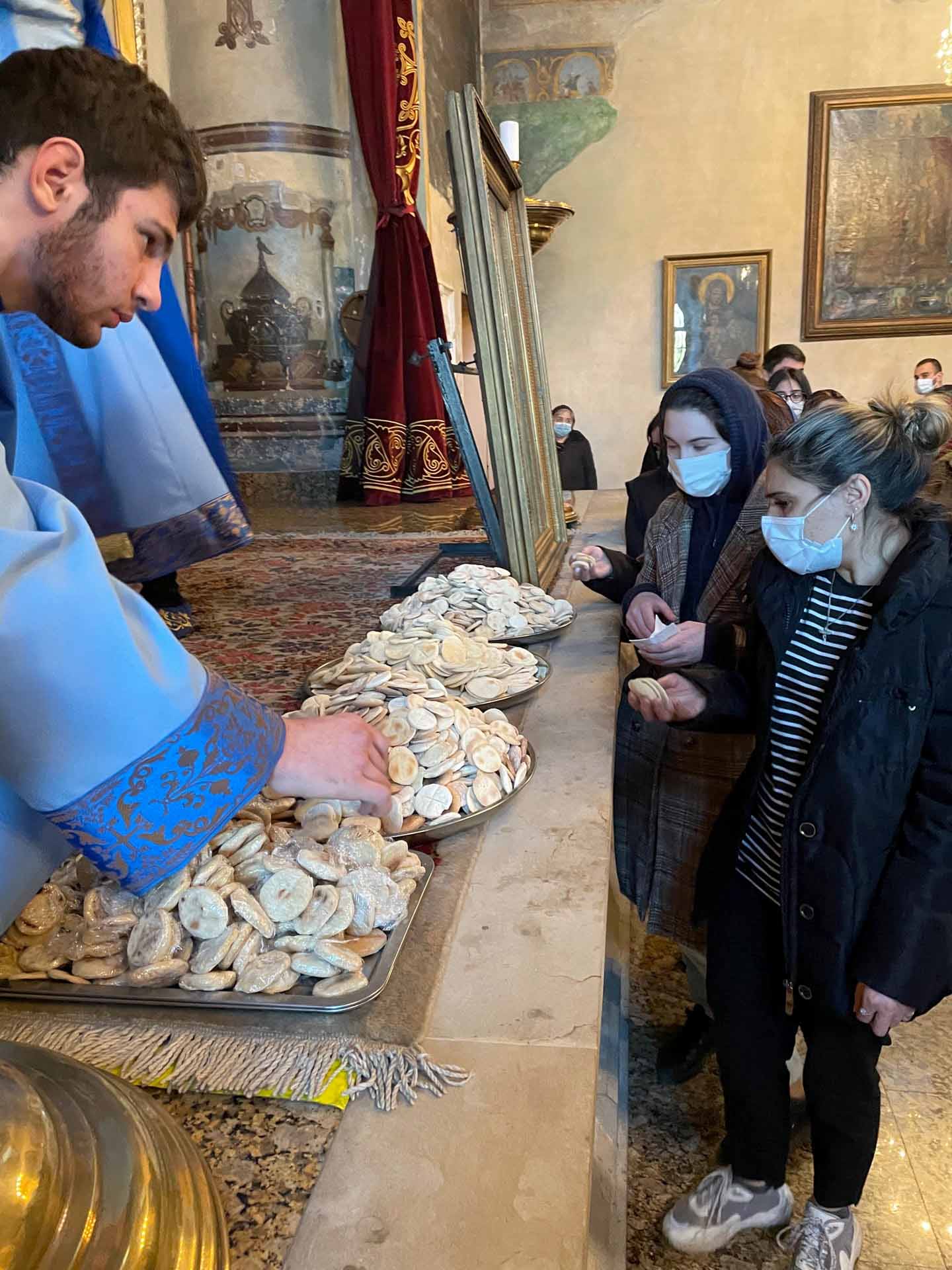 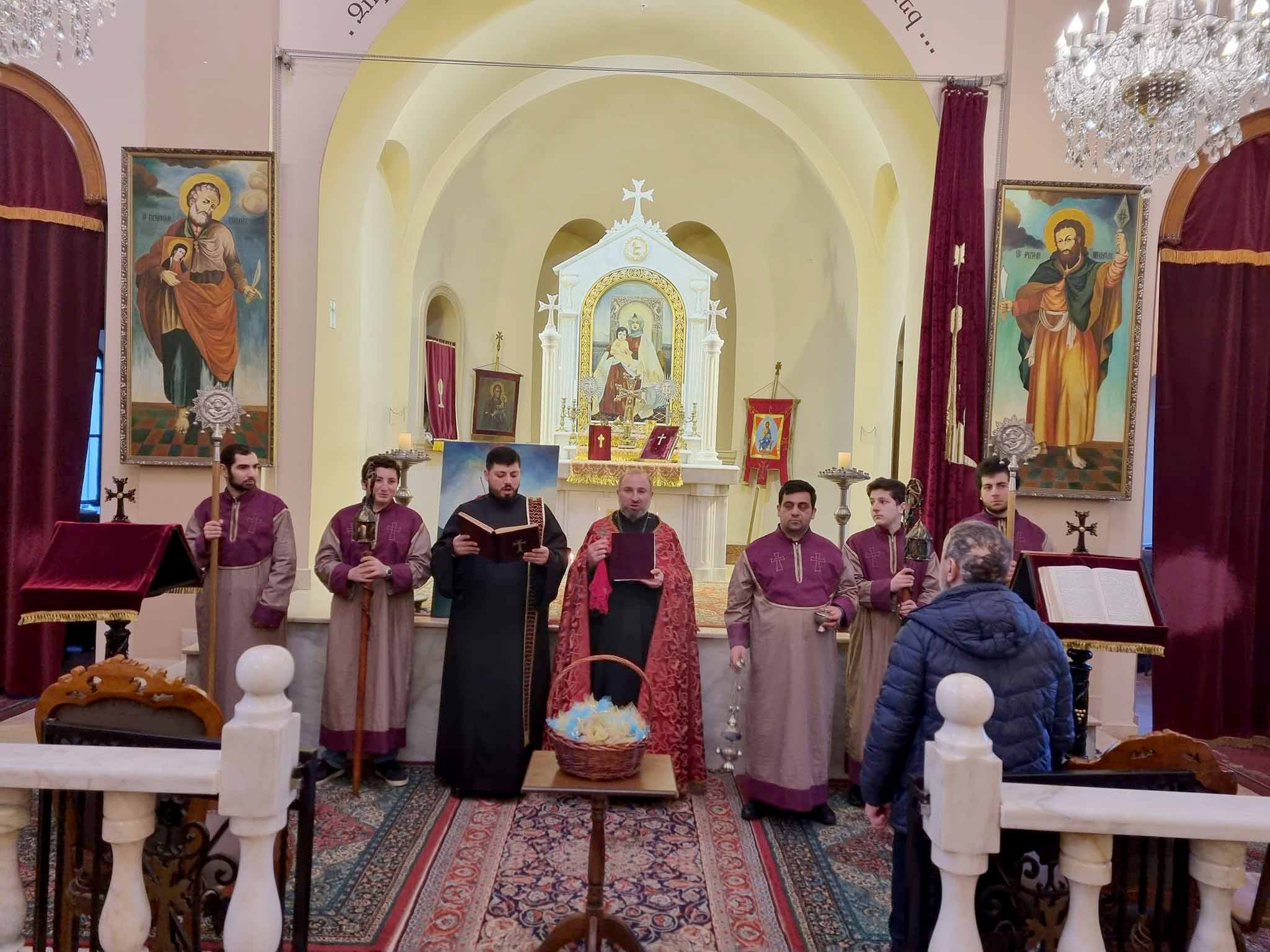