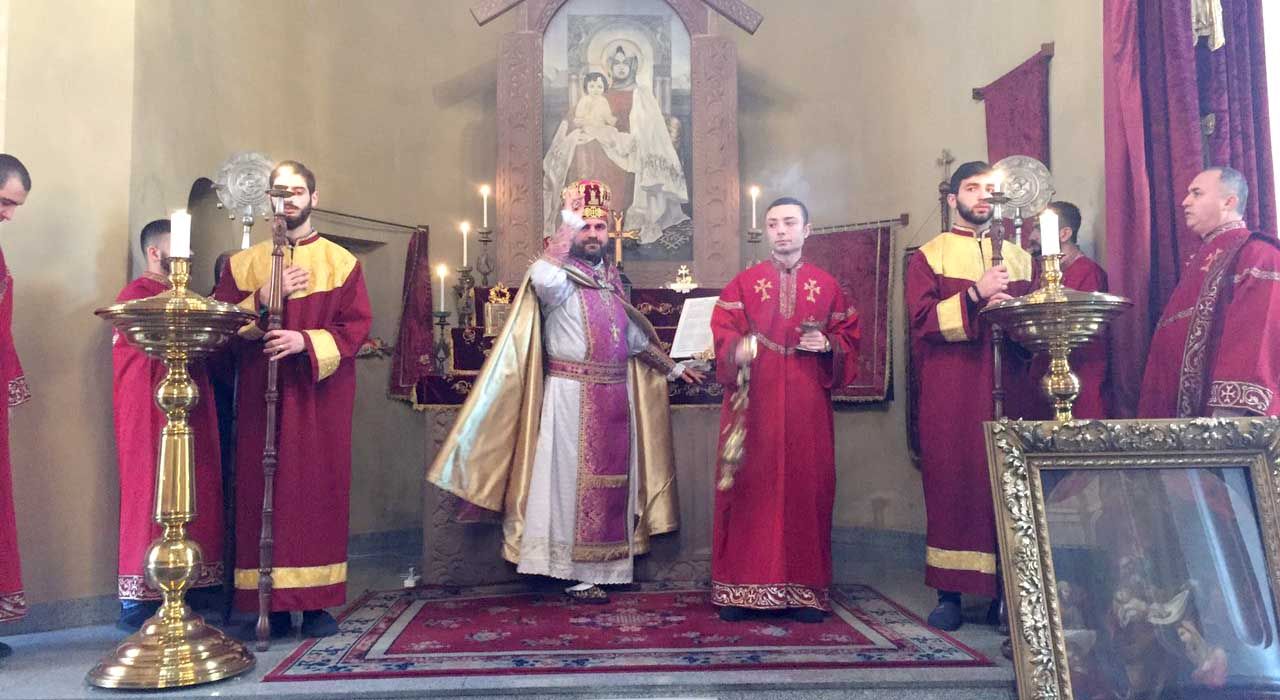 The traditional Harisa Festival was dedicated to the Feast of Great Lent and was organized by ''Shushanik'' Union of Armenian Women in Georgia with the support by the Diocesan Headquarters, ''Hayartun'' and ''House of Hovhannes Tumanyan'' Centers. This beautiful festival has been held in the Armenian community of Tbilisi since 2012, expanding year by year and turning into a folk celebration.

The flavor of the delicious harisa, harmonized with various dishes, spread from about two dozen pots put on the tables placed in the yard of Saint Etchmiadzin church in Avlabari.

Despite of the lack of public transportation, the church yard was crowded. In attendance were spiritual fathers, diplomats from the RA Embassy in Georgia, members of the Armenian community in Tbilisi. 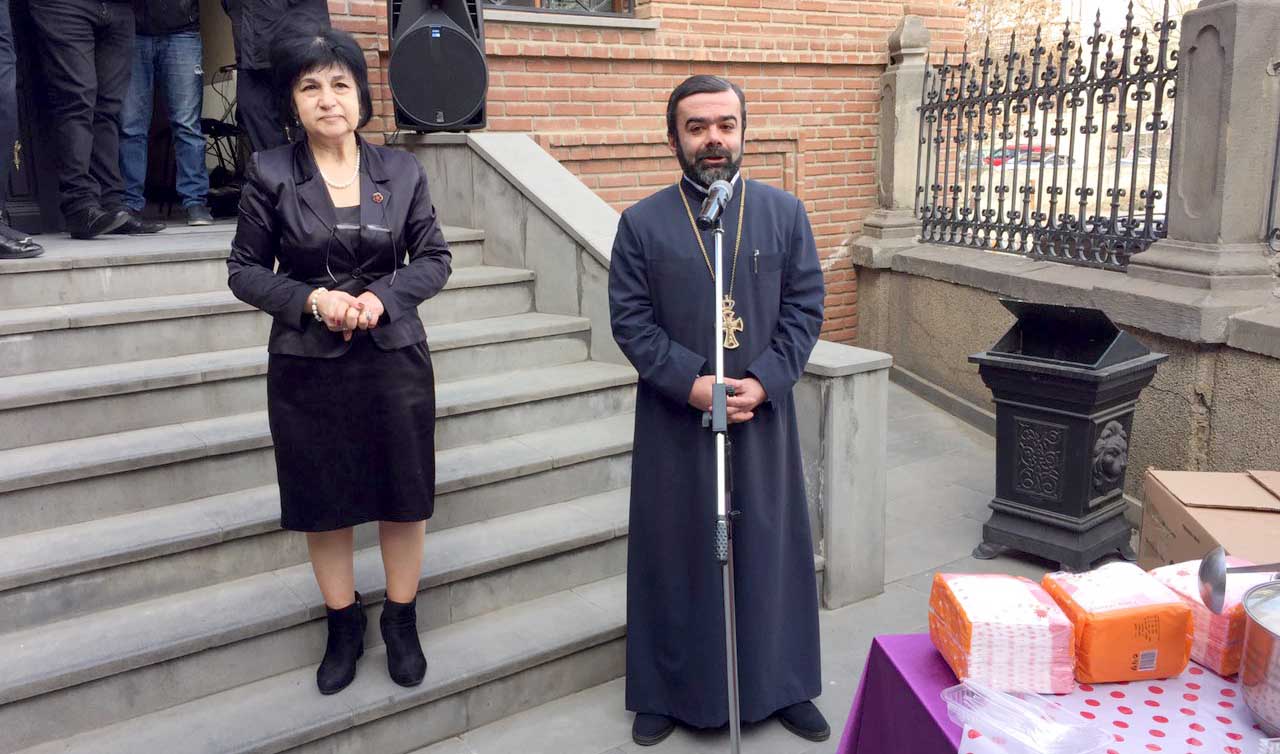 Susanna Khachatryan, Chairwoman of the ''Shushanik'' Union gave opening remarks. She attached importance to the aim of the event which is to maintain and convey to the generations this national dish, folk traditions and customs through the traditional Harisa Festival which is implemented on the eve of the Great Lent. She expressed her gratitude especially to the Headquarters of the Armenian Diocese in Georgia, clergy of Saint Etchmiadzin church, as well as to Grigori Nalbandyan, Godfather of Cross of the church, and numerous faithful with whose support and sponsorship the Harisa Festival was organized and implemented.

Rev. Father Archimandrite Kirakos Davtyan, the Vicar of the Armenian Diocese in Georgia congratulated those present on the occasion of the two feasts: Tyarn'daraj and Great Lent and wished them to welcome and pass the Great Lent period with strong will and unshakable faith and celebrate the Feast of Resurrection of Our Lord Jesus Christ.

The tables were blessed by clergy and the attendees began to taste the delicious harisa accompanied by joyful songs and music. The happy mood created by the Feast of Great Lent and tasty harisa was prevailed all around for a long time. The blessed harisa was also given to the sick and elderly people. 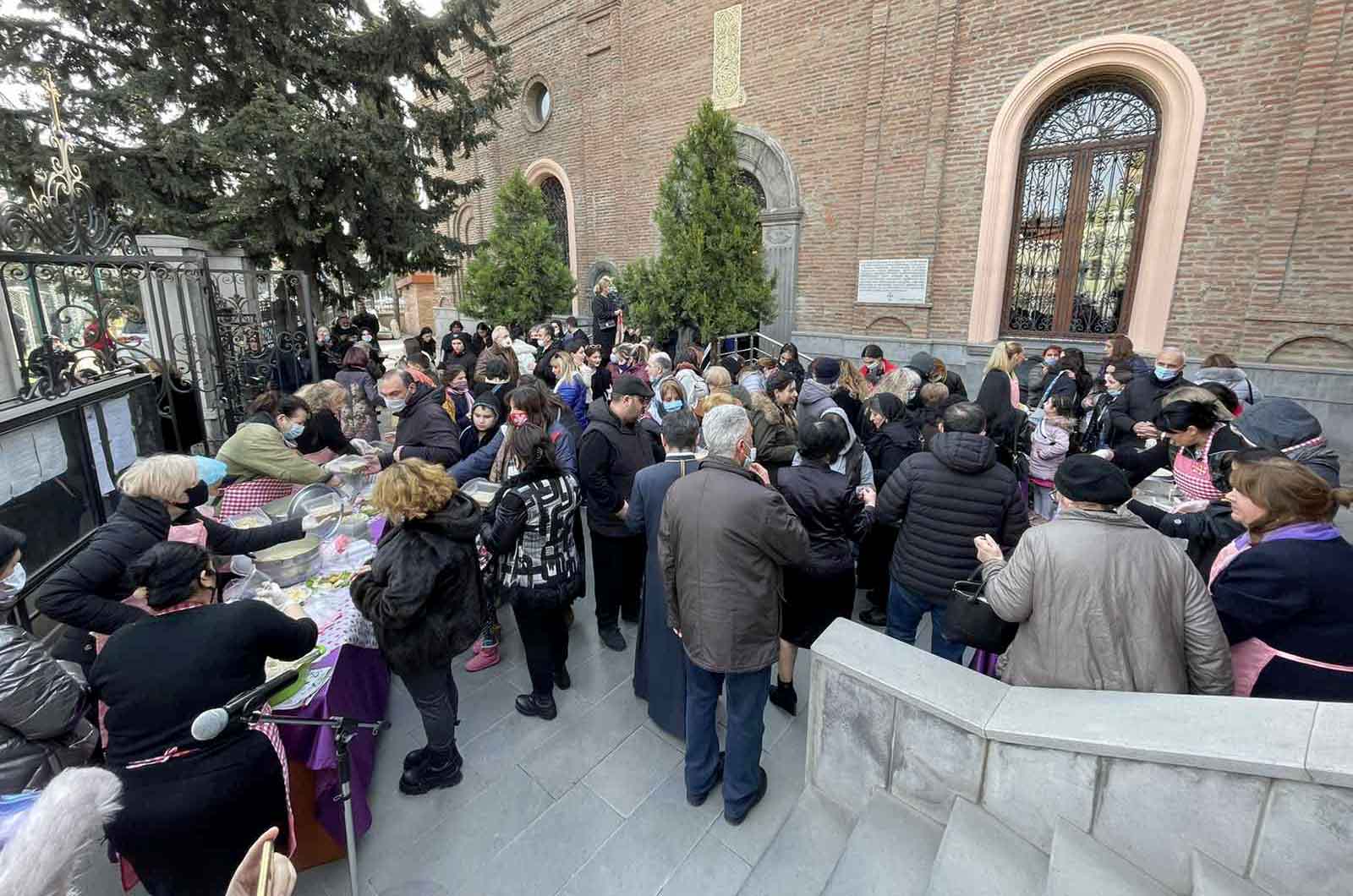