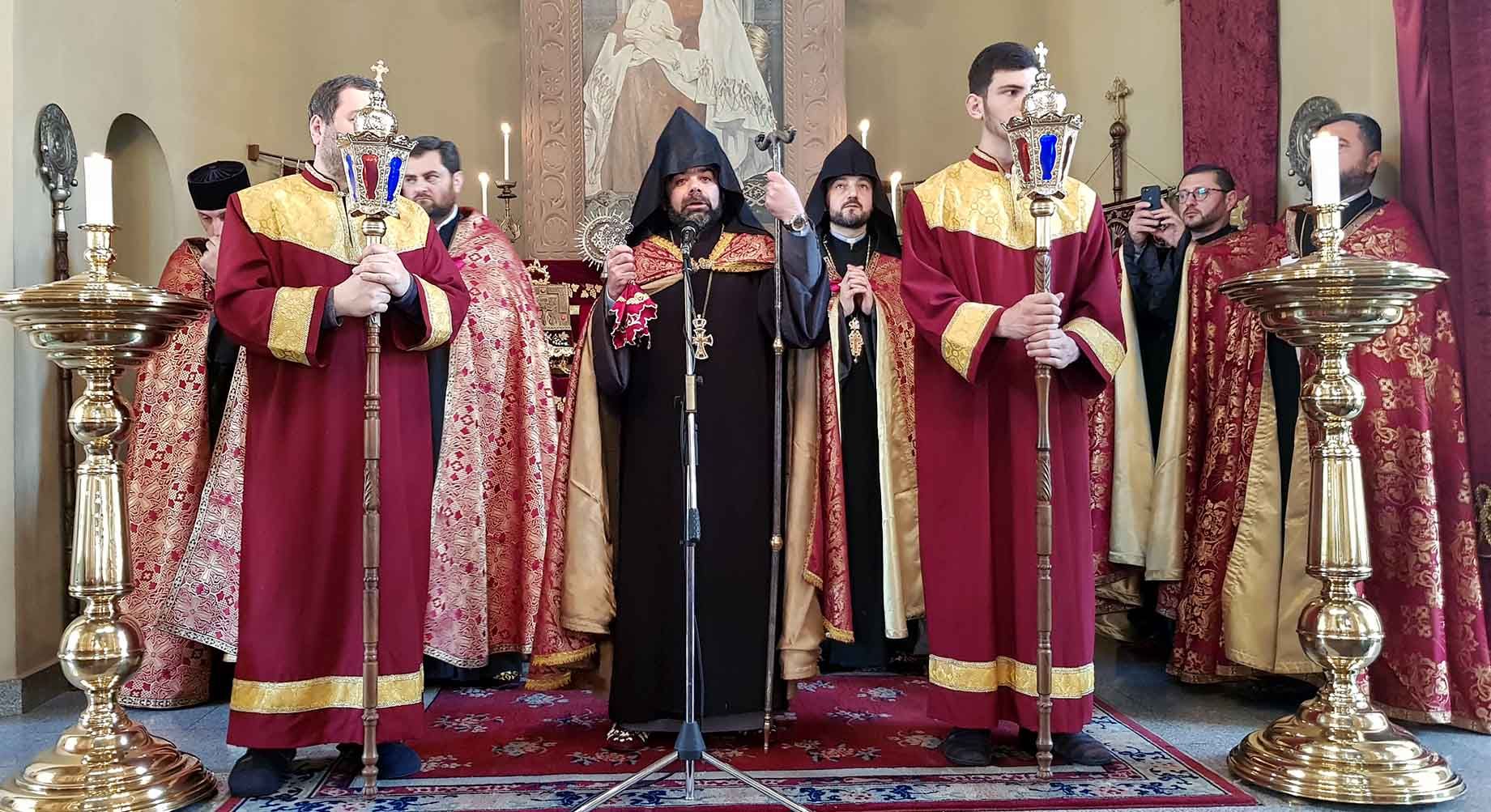 On April 24, 2021, under the presidency of the Primate of the Armenian Diocese in Georgia Rev. Father Archimandrite Kirakos Davtyan and with the participation of clergy and deacons, an Intercessional Rite in memory of Saint Martyrs of the Armenian Genocide was offered in Saint Etchmiadzin church in Tbilisi.

The church ceremony was attended by the Ambassador Extraordinary and Plenipotentiary of Armenia to Georgia Ruben Sadoyan, Editor of ''Vrastan'' (''Georgia'') newsletter Van Baydurdyan, as well as diplomats, heads of community organizations, intellectuals, members of the Armenian community in Tbilisi.

The attendees lit candles in memory of Saint Martyrs. And the students of the Diocesan ‘’Saint Moses of Khoren’’ (‘’Surb Movses Khorenatsi’’) preschool joined to the ‘’Lord’s Prayer’’ sounding from the Holy Altar.

During the sacred ceremony, Rev. Father Archimandrite Kirakos Davtyan, in his speech addressed to those present, referred to the atrocities committed against the Armenian people at the beginning of the 20th century, touched upon the 44-day war in September 2020, during which again another part of the Armenian people, the population of Artsakh, became a victim of a deadly disaster and where the barbaric policy of the enemy continued destroying the Armenian cultural, historical and spiritual monuments.

Paying tribute to the memory of one and half Saint Martyrs of Armenian Genocide, Rev. Father urged Armenians of Tbilisi to live with love and be united; he also encouraged them to learn lessons from recent events and not to divide the nation and people but to bear the name of Armenian with pride.

At the conclusion of the Intercessional Rite, at the church courtyard, the attendees laid flowers to the cross-stone dedicated to the memory of victims of the Armenian Genocide.

On April 24, commemorative Liturgies and Intercessional Rites were offered in different churches of the Armenian Diocese in Georgia, protests, marches and peaceful demonstrations were held in Tbilisi and other Armenian-populated cities and regions of Georgia. 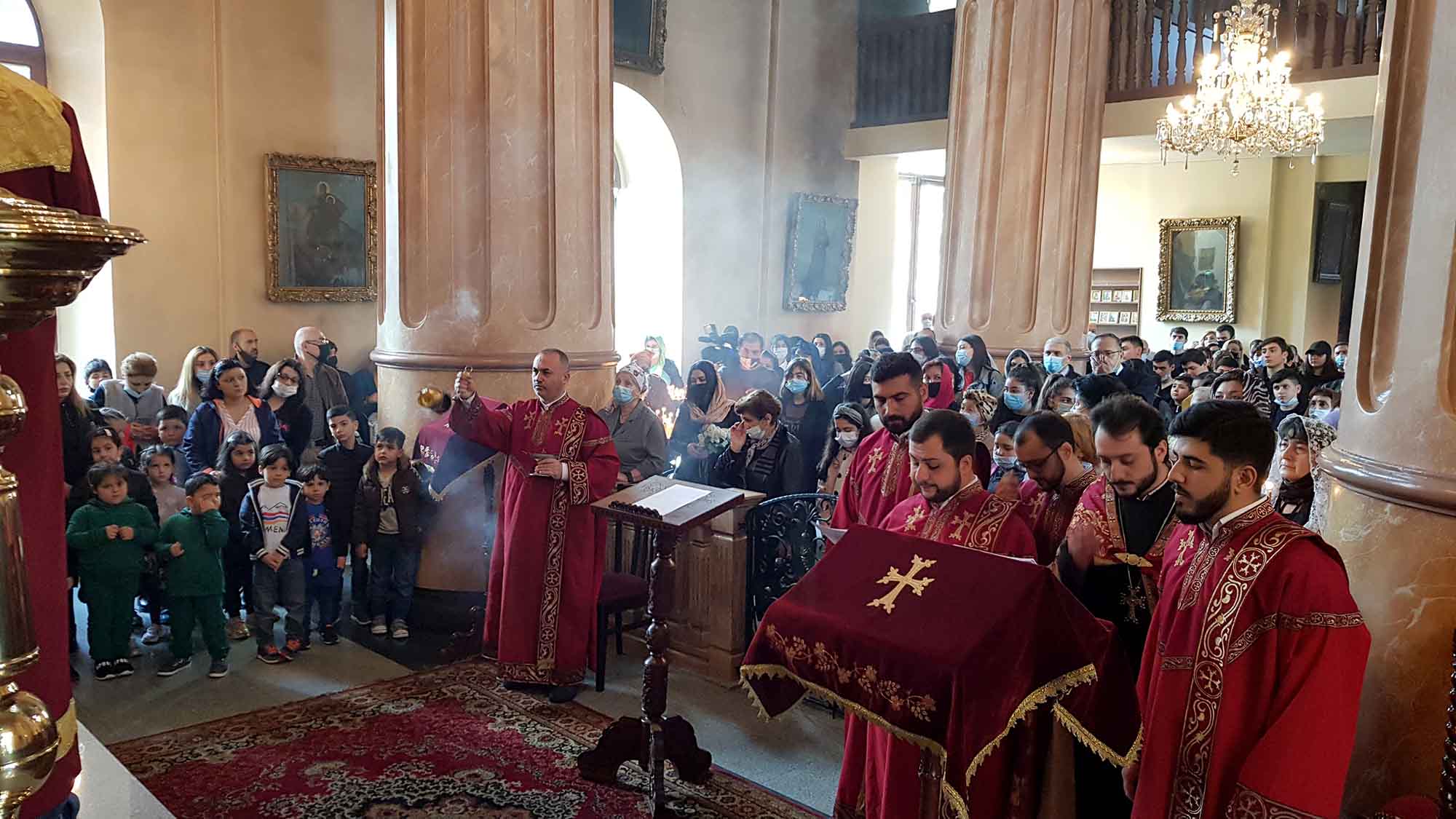