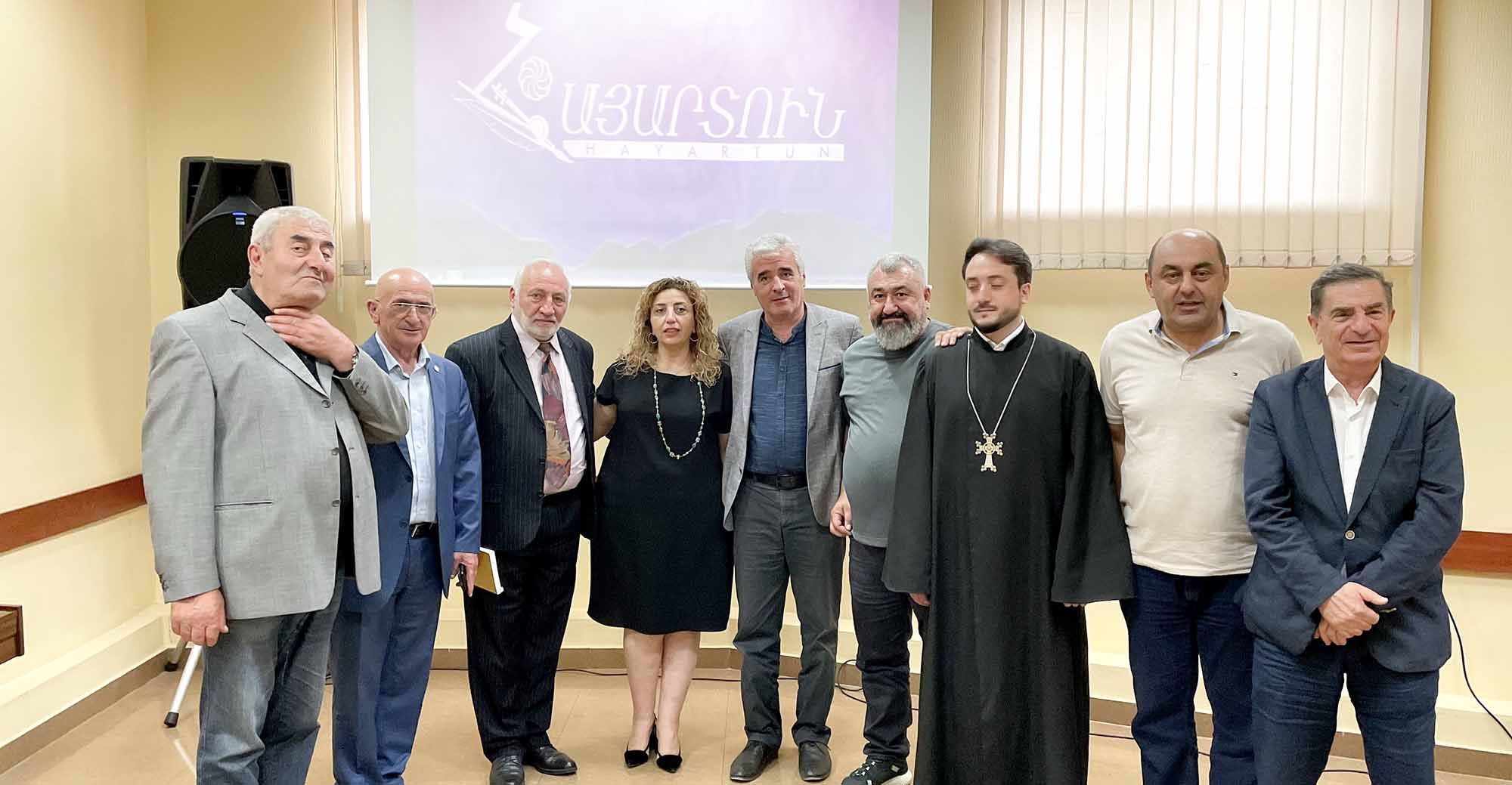 On June 26, 2022, at the “Hayartun” Center of the Armenian Diocese in Georgia, a meeting took place with guests from RA Vanadzor town: Karo Vardanyan, writer, literary critic, historian, publicist and Jivan Sari (Sargsyan), artist, recitation master. The event was initiated by "Interkap'' charitable non-governmental organization under the leadership and with the participation of the organization head Norayr Zuloyan.

The spirit of patriotism derived from the pages of Armenian history prevailed in the Center hall. The audience came to hear about the activities of the Armenian national hero Andranik Ozanyan, his boundless patriotism, his struggle for the homeland statehood, sovereignty and territorial protection presented in the unpublished pages of the history. It is noteworthy that the mostly young people were in attendance.

Opening the ceremony and delivering welcoming remarks, Eugenia Markosyan, Head of the “Hayartun” Center attached great importance to the lecture on Armenian history and recitation of patriotic poems of Armenian literature, which, indeed, is the nostalgia of every Armenian outside of the Motherland and their spirit of patriotism. The Head of the Center mentioned that the series of inspiring meetings initiated by the “Interkap” charitable non-governmental organization launched from Tbilisi, in particular from the "Hayartun" Center of the Armenian Diocese in Georgia, will continue in different cities of the Russian Federation, as well as will being implemented in Germany, France and other European countries. 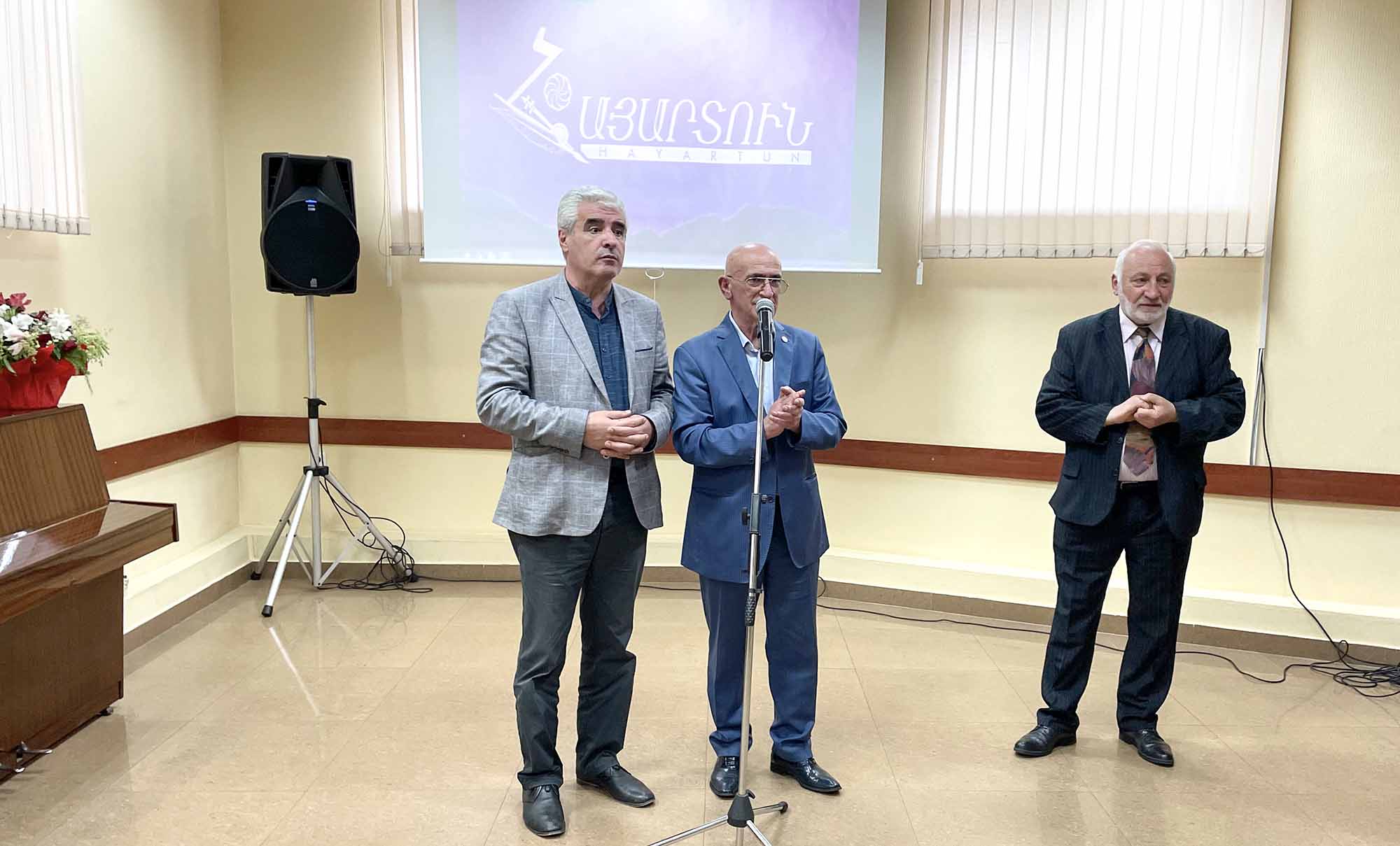 “Interkap” charitable non-governmental organization was established in the 90s of the last century, with the active participation of the NGO and the goodwill Tbilisi Logistics Transportation Organization, four times a year free transportation of about 15 trucks through the territory of Georgia has been carried out for 25 years. In order to mark the charitable collaboration, Norayr Zuloyan on behalf of the organization handed letters of appreciation to the head of the cooperation Tamaz Bekauri, Yuri Akulyan, Levan Kenchadze, and Omar Sisashvili, who supported the activities.

The attendees listened with great interest to the lecture of historian Karo Vardanyan, which was not only a history of the heroic victorious battles and great patriotic spirit of the legendary commander, but also arguments and memories of different people. The lecture caused many questions among participants, the answers to which were deeply based on scientific facts.

The patriotic poems of recitation master Jivan Sari (Sargsyan) were connected with the spirit of the lecture, revealing the nostalgia for the Motherland, the pain caused by the thousands of victims of the 44-day war, loss of territories as well as the fatal present of the Homeland.

The event was summarized by Rev. Father Kirakos Simonyan. Conveying blessings of the Primate of the Armenian Diocese in Georgia, Rev. Father Archimandrite Kirakos Davtyan, the latter spoke about the cruel fate of the Armenian people, the surviving Armenians worldwide, who have to live and multiply, maintaining the Armenian type and living with the mission of being an Armenian.

The event became one of the beautiful and meaningful pages of the "Hayartun" Center of Armenian Diocese in Georgia. 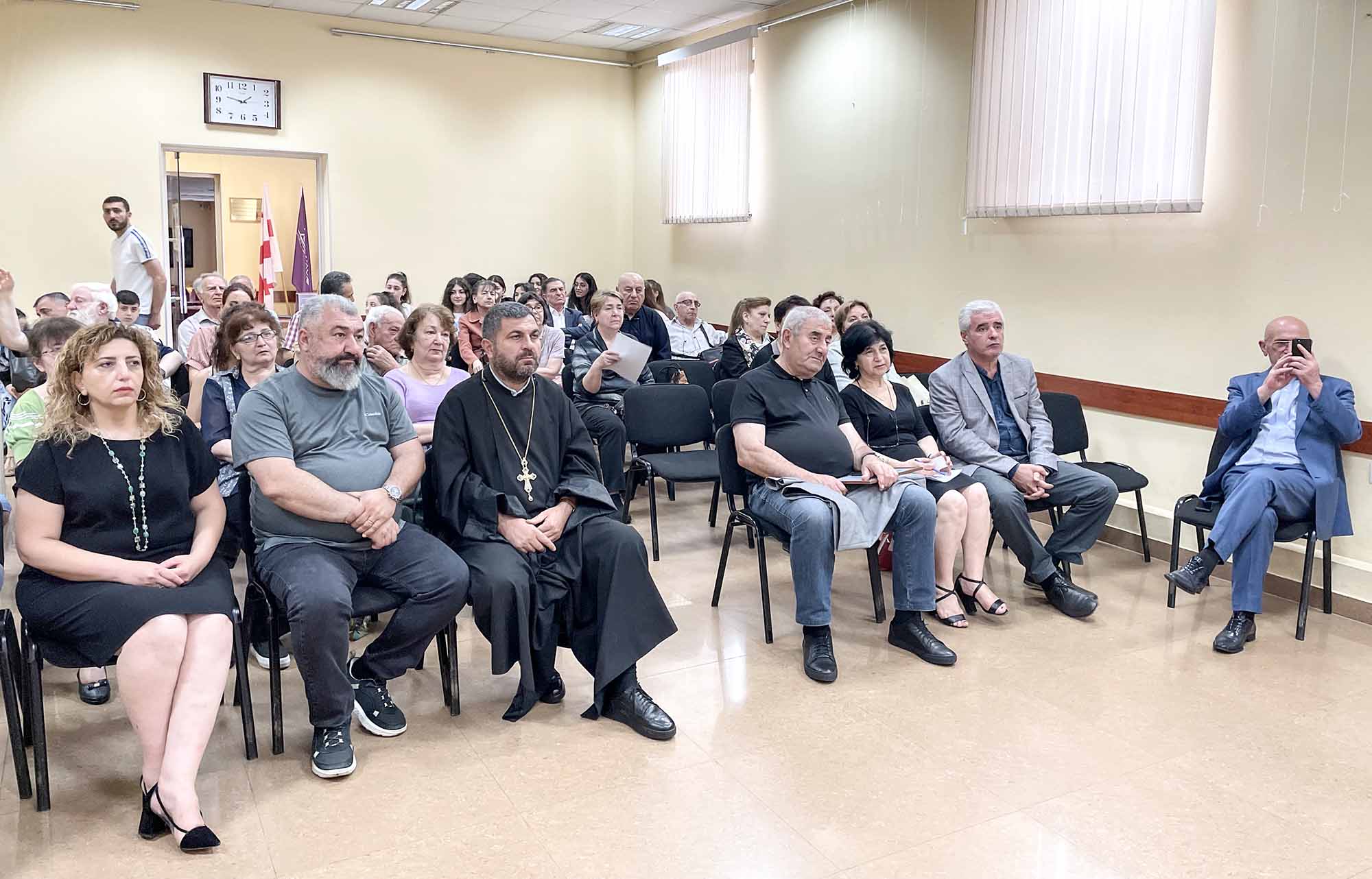