On the Feast of Transfiguration of Our Lord Jesus Christ in Tbilisi, a khachkar (cross-stone) dedicated to the peacemakers was consecrated 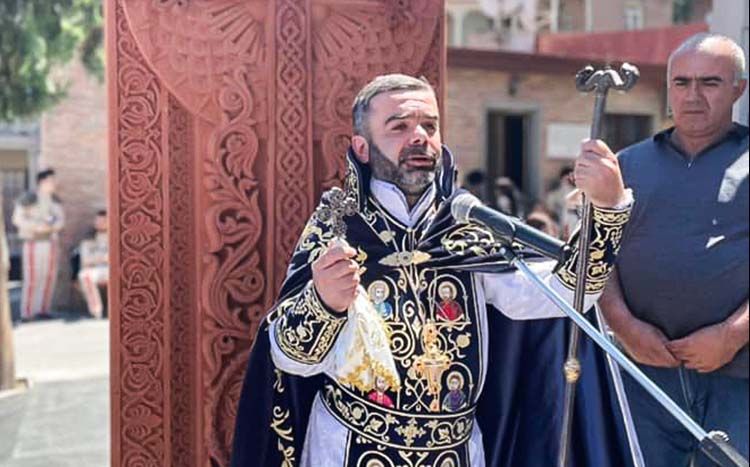 The Primate of the Armenian Diocese in Georgia, Rev. Father Archimandrite Kirakos Davtyan celebrated a festive Divine Liturgy in the Cathedral of Saint George. 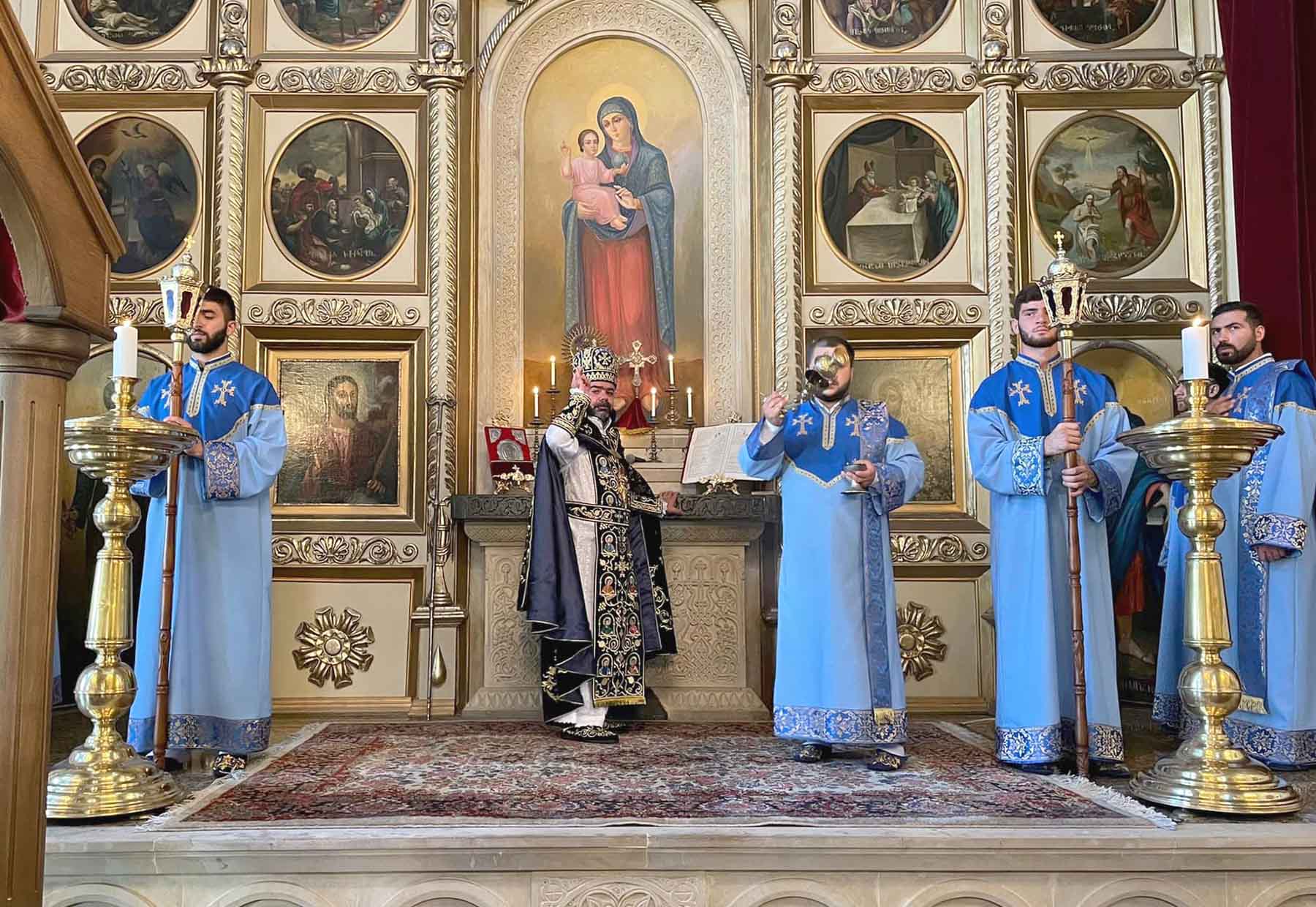 During the Divine Liturgy, Rev. Father preached about the divine mystery of the day. The truth that Jesus Christ is the Son of God was confirmed by the Feast of Transfiguration. The mystery of the Feast is to love God, listen to His commandments and follow God's will. The message of the feast is to recover with Jesus, to live a new life with Jesus Christ, a life which will bring kindness, love, solidarity and spiritual enlightenment to humanity. Rev. Father urged the faithful to enrich their lives with spiritual values, good deeds, mercy and forgiveness.

At the conclusion of the Divine Liturgy, after the Protector Prayer and blessings offered by the Diocesan Primate and spiritual fathers, the festive mood continued in the churchyard. The festive day also became a historic one. The second khachkar (cross-stone) was opened at the Cathedral of Saint George, which was built in the 13th-century and is a silent testimony of the devotion to faith, patriotism, and friendship of the peoples of countries with ancient civilizations.

The installation of the khachkar made with tuf (type of stone) was initiated and implemented by the charity of a RA resident Karen Khachatryan’s family. The mystery of this khachkar is the desire for peace, which is the desirable dream of peoples of all nations. “Blessed are the peacemakers, for they will be called children of God”is engraved on the pedestal of the khachkar. Indeed, the prayer of the peoples who have seen and experienced the horrors of war is to live a safe life under a peaceful sky.

The consecration of the khachkar with sacred Muron was offered by The Primate of the Armenian Diocese in Georgia, Rev. Father Archimandrite Kirakos Davtyan with the participation of clergy and deacons. Rev. Father Kirakos Davtyan congratulated the members of the Khachatryan family and all their relatives present at the ceremony and expressed his appreciation for the activities done for the church.

Afterwards, the concert of the Diocesan "Hayartun" Center launched in the church yard. The joyful song and dance performed by artistic groups, "Taron" dance ensemble, soloists and accompanists (Suren Abramyan, the head of the Department of Culture of the Armenian Diocese in Georgia). followed each other and were presented by Eugenia Markosyan the head of the Center.

The traditional game of pouring water or Vardavar, which comes from pagan era and had received a Christian meaning started. Elderly and young people, locals and tourists who were a little bit surprised and interested and despite that they joined the joyful celebration and rejoiced with those who were sprinkling rosewater on each other.

Festive celebrations on the occasion of theFeast of Transfiguration of Our Lord Jesus Christ took place at “Saint Savior” (Surb Prkich) church in Batumi, “Saint Gregory the Illuminator” (Surb Grigor Lusavorich) church in Akhaltsikhe, “Holy Cross” (Surb Khach) church in Akhalkalaki, “Saint Sarkis” (Surb Sargis) church in Ninotsminda and the churches in nearby villages. The Armenian-populated villages of Tsalka region have their own custom of celebrating church feasts. Traditionally, the feast of Vardavar is celebrated in Ayazma village, where faithful from different villages of the region gather and beautify the feast with a concert and water sprinkling games.