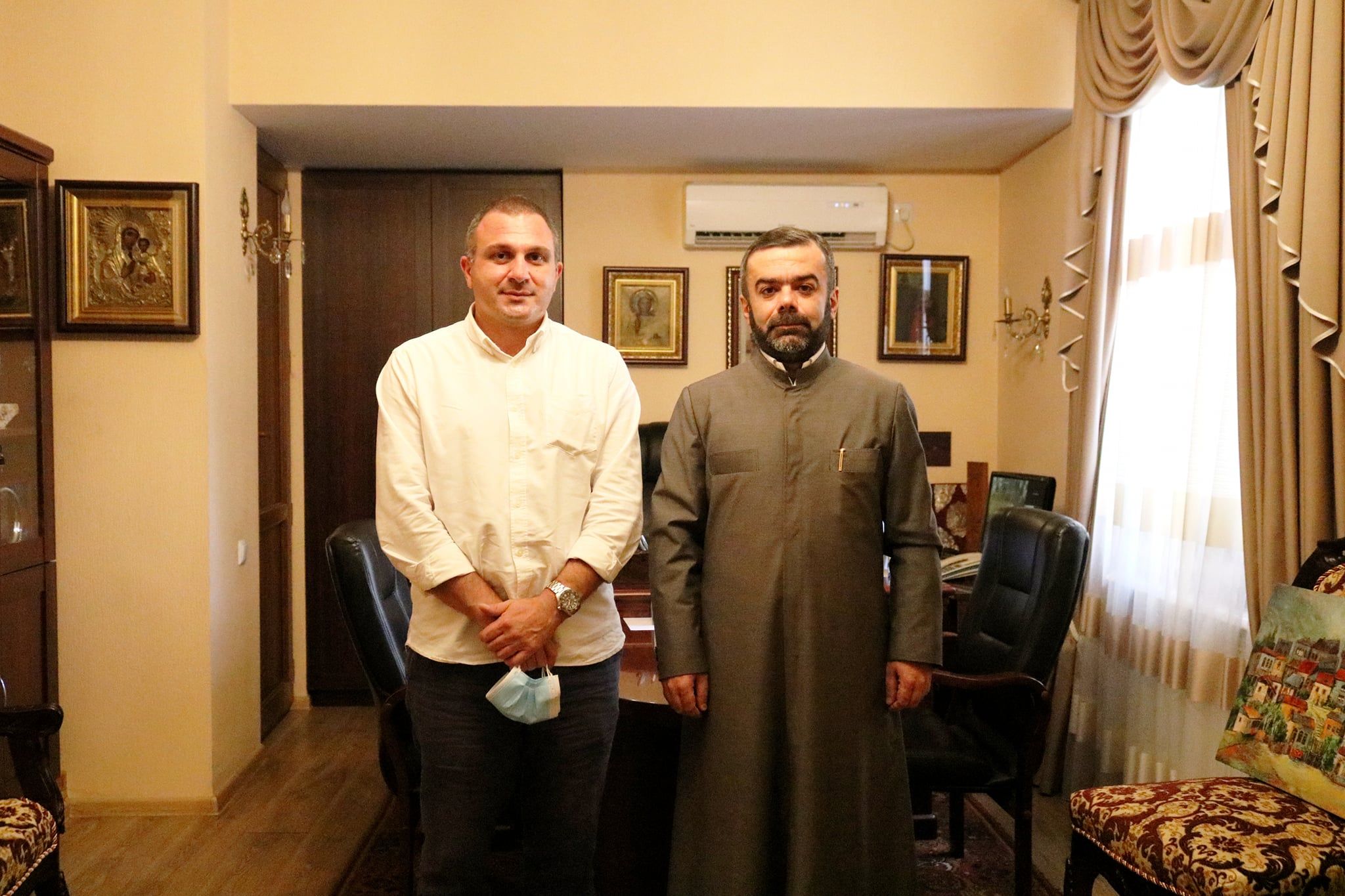 The meeting of the candidate with the Primate of the Armenian Diocese in Georgia, Rev. Father Archimandrite Kirakos Davtyan took place at the Diocesan Headquarters.

During the conversation, the Diocesan Primate spoke about the ancient Saint George church, operating churches of the Armenian Diocese in Georgia, church-building process, as well as about the problems of the Diocese.

The guest had a look at the religious books and church items kept in the church, asked about the issues related to the Armenian churches which historically exist in Tbilisi but are not functioning now, as well as about the unity of the Armenian faithful around the church and their participation in church rituals and ceremonies.

Afterwards, Revaz Sokhadze, led by Rev. Father Archimandrite Kirakos Davtyan, visited Armenian Church, admiring the beauty and mighty of the church, asked about the tombstones in the church courtyard and paid tribute to the tomb of the immortal singer of friendship of peoples Sayat-Nova. 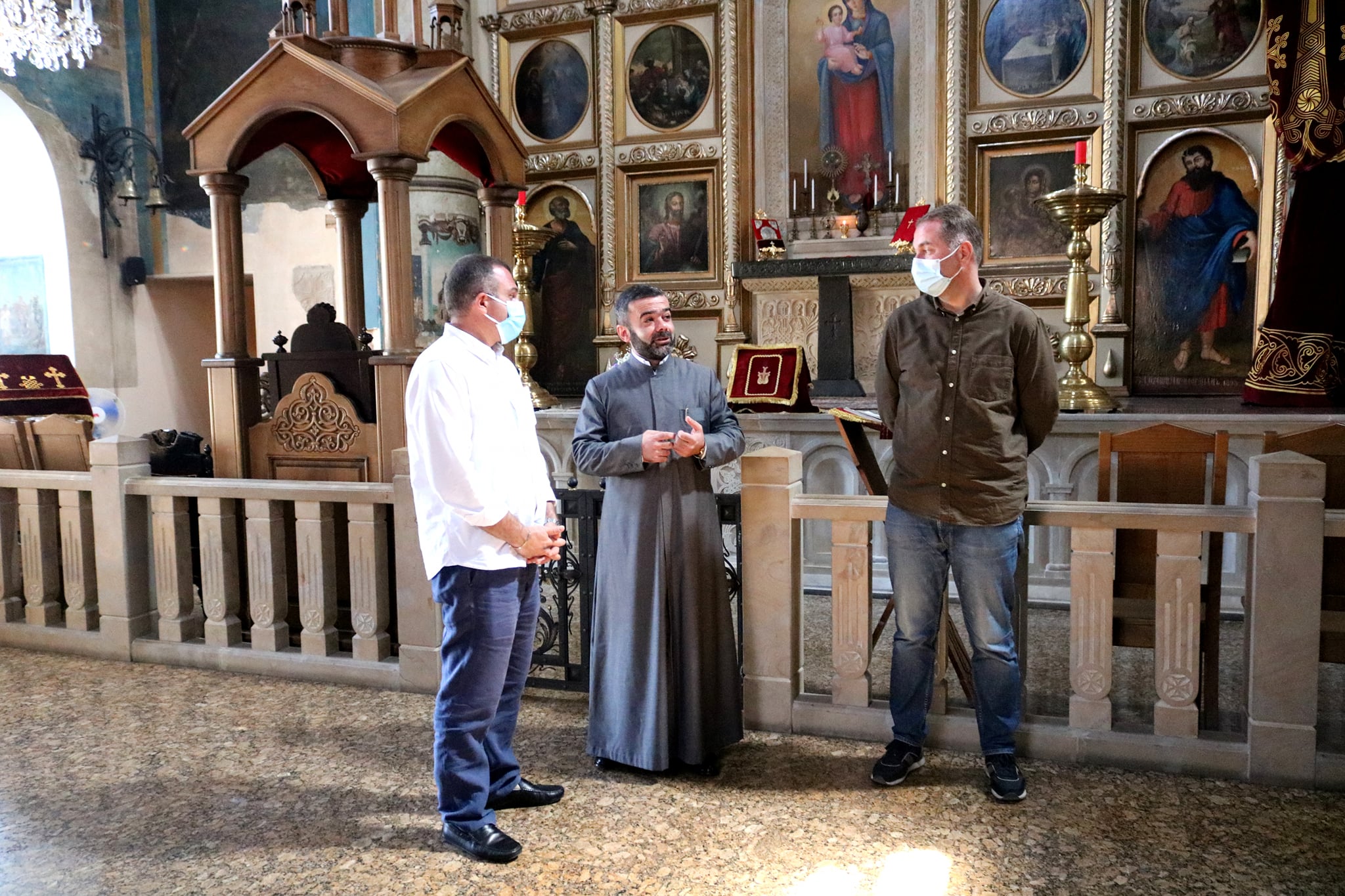