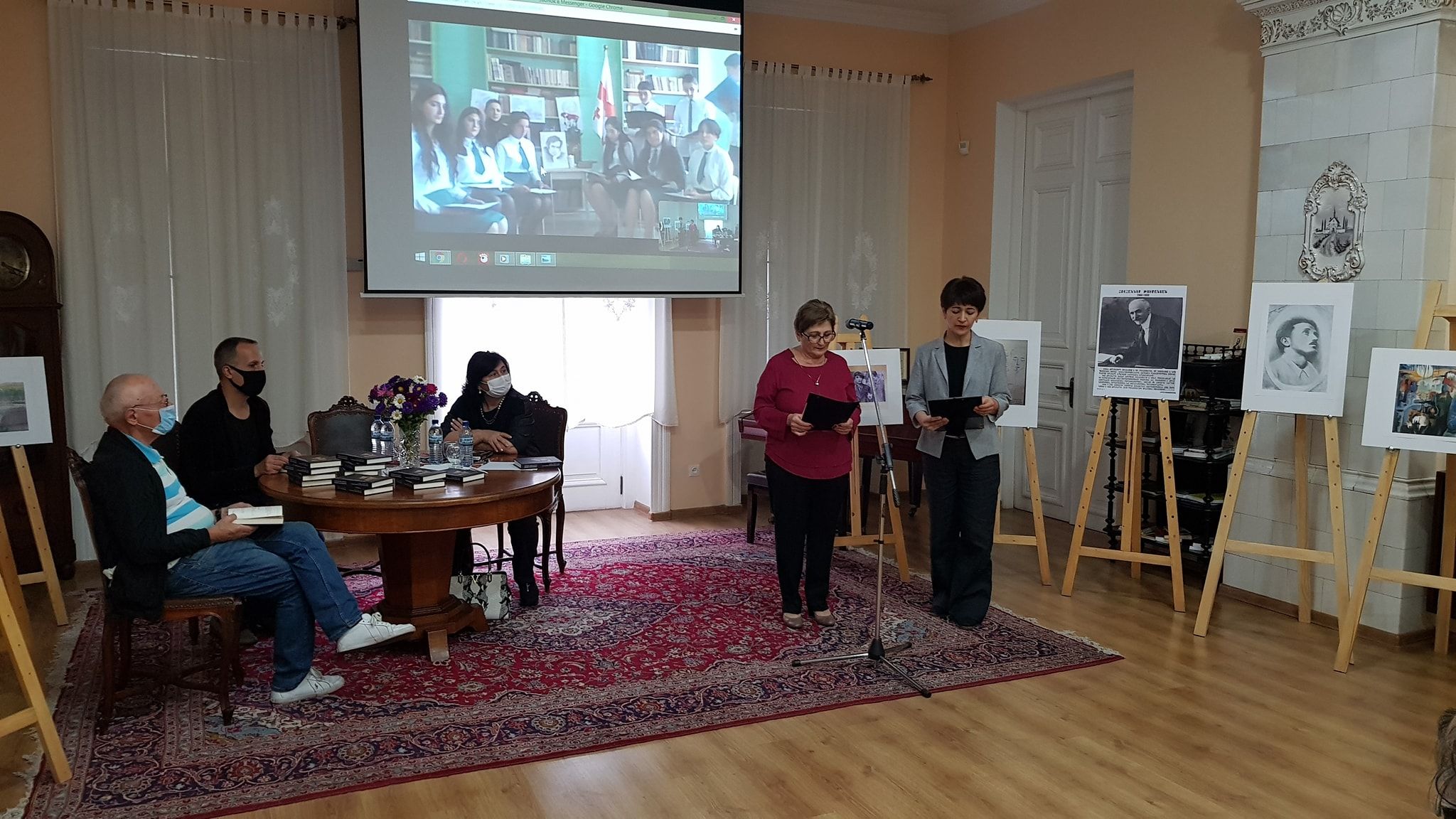 On October 2, 2020, online presentation of ''Dialogue in lyric poetry language'' book written by Victor Hovsepyan took place in ''House of Hovhannes Tumanyan'' Center for Science and Culture. The book is bilingual and it includes Georgian translations of Victor Hovsepyan’s works translated by well-known poet and translators Maghvala Gonashvili and Givi Shahnazar. Poems written with philosophical depth by Georgian Poet Terenti Graneli (which whom Armenian reader is not very familiar) are close to the late poet’s creative spirit and he had translated those poems with great mastery during his lifetime. Therefore, the inclusion of those translations in the new book was very welcome.

The book was published within the framework of a program for support to the development of national culture implemented by Ministry of Education, Science, Culture and Sport of Georgia, with a project proposed by the Armenian Diocese in Georgia and aimed at deepening the Armenian-Georgian literary relations.

The event was honored with the presence of Rev. Father Archimandrite Kirakos Davtyan, Vicar of the Armenian Diocese in Georgia. Victor Hovsepyan’s widow Mrs. Teresa Hovsepyan and Terenti Graneli’s grandson Mamanti Rogava were in attendance.

Despite the recent military actions along the borders of Artsakh and Azerbaijan, the presentation of this book, like a birth of a child, represents the idea of irreversibility of the peaceful life.

The presentation became a living bridge with the N1 School in Heshtia, the birthplace of the talented poet Victor Hovsepyan. The high school students, under the leadership of the school director Nane Hovsepyan, connected via Skype and read passages from the book, touched upon the samples of Victor Hovsepyan’s creative world and got acquainted with the wonderful pages written by Terenti Graneli, not very well-known by them Georgian poet.

Alexandre Grigalashvili, national projects coordinator of the Ministry of Culture of Georgia, who has initiated the publication of this book, made a speech and mentioned the inner connection of Victor Hovsepyan’s and Terenti Graneli’s, as well as other Armenian and Georgian poets’ literary, touched upon the importance of such events in order to make the depth of their works accessible to the two peoples, to present it to youth, he highlighted that such events should be continuous, as it is impossible to image Georgia living without the contribution by Armenian culture and the Armenian culture without Georgian impact.

Co-chair of Georgia Writers’ Association Maghvala Gonashvili and Baghater Arabuli, Director of Tbilisi Didube Pantheon Badri Kutateladze, Press secretary of Georgia Writers’ Association Manana Gorgishvili made speeches and touched upon the fact that the presentation of the book is taking place in the house of the great Armenian poet Hovhannes Tumanyan, highly appreciated the centuries-old friendship of the Armenian-Georgian peoples, which has no alternative and highlighted the undeniable role of Armenian and Georgian writers in the development and deepening of that friendship. The speakers recorded the wide horizons of the creative world of the two famous poets.

At the initiative of the young painter Ivane Kezua, photos of samples from Victor Hovsepyan’s house-museum and pictures of Terenti Graneli with Georgian famous figures were exhibited in the Center’s hall.