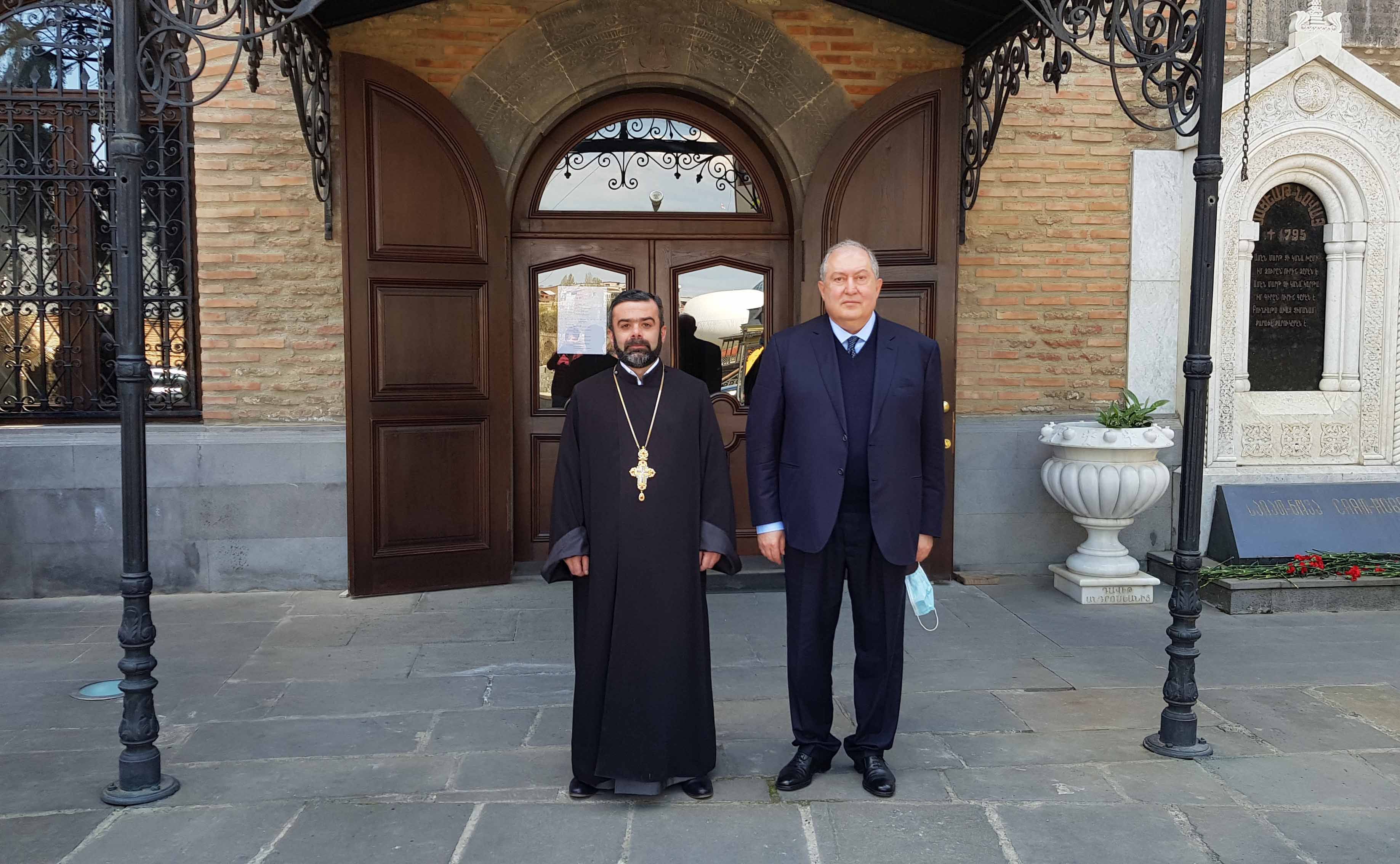 On April 16, 2021, within the frameworks of two-day official visit RA President Armen  Sargsyan together with his wife Nune Sargsyan visited the Cathedral of Saint George (Surb Gevork) of the Armenian Diocese in Georgia. In the ancient historical church, the high–ranking guest and those who accompanied him were welcomed by the Primate of the Armenian Diocese in Georgia, Rev. Father Archimandrite Kirakos Davtyan and church clergy.

The RA President and his wife laid flowers at the tomb of Sayat-Nova, the pioneer of Armenian minstrel (ashugh) art, as well as they laid flowers at the tombstones of Armenian Generals buried in the Church courtyard and other famous Armenian figures' tombs buried here. Afterwards, the President and the guests who accompanied him lit candles and prayed in Saint George (Surb Gevork) Church.

The RA President answered the questions of numerous journalists in the church; the questions mainly referred to the 44-day Artsakh war, the status of the Nagorno-Karabakh Republic, the current situation in Armenia, the prospects of country's development, the foreign policy of the Republic of Armenia. Touching upon his official visit to Tbilisi at the invitation of the President of Georgia Salome Zourabichvili, President Armen Sargsyan also spoke about the meeting with the Georgia authorities as well as Catholicos-Patriarch of All Georgia Illia II. President Armen Sargsyan also touched upon the issues of opening the land border with Georgia, his planned visit to Javakheti, Armenian-Georgian business cooperation and generally, relations with neighboring countries.

A reception was held in honor of the RA President and First wife at the Armenian Diocese in Georgia. 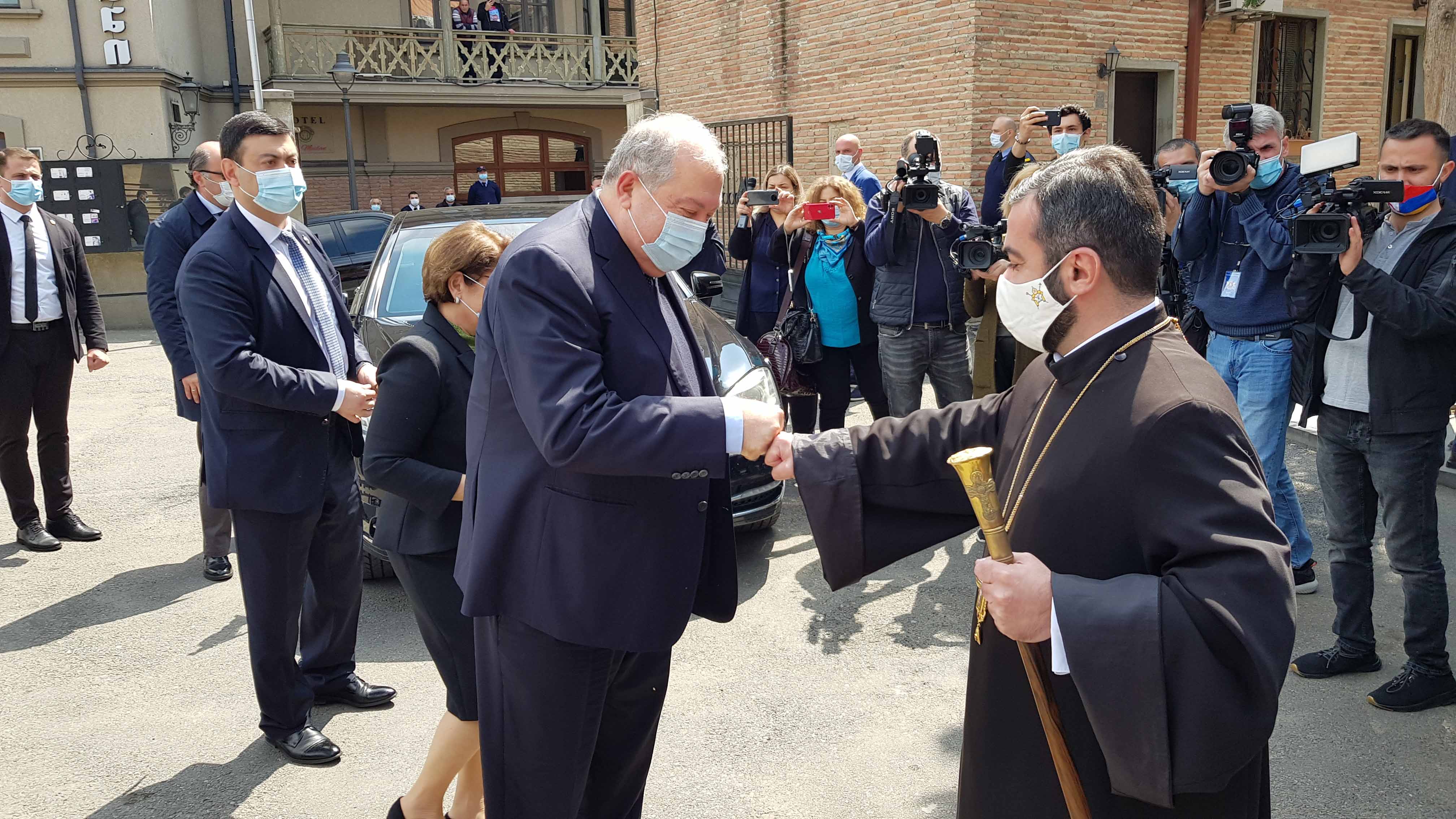 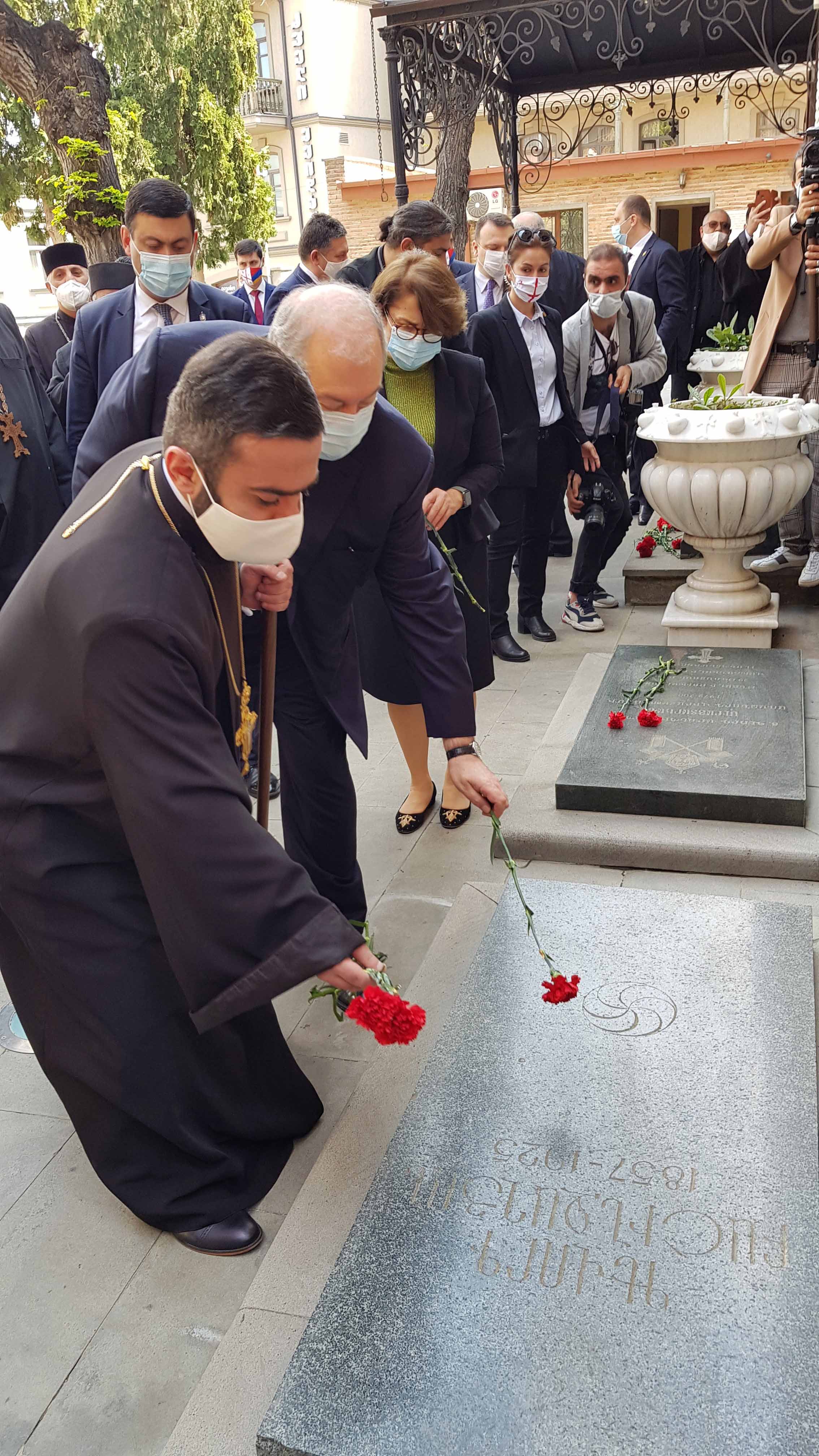 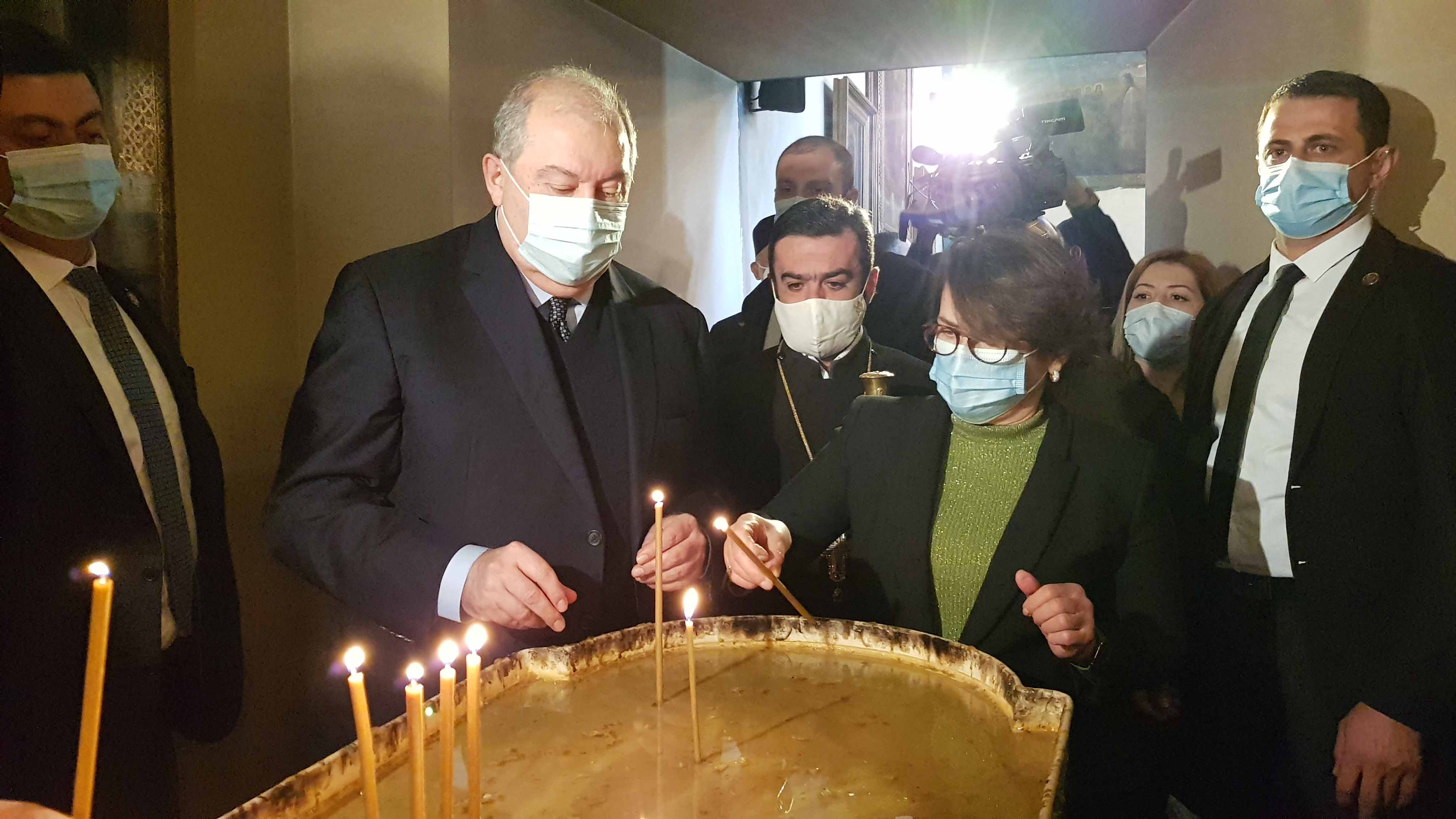