''Silva Kaputikyan -100'': the semi-annual reporting concert of the ''Hayartun'' Center of the Armenian Diocese in Georgia 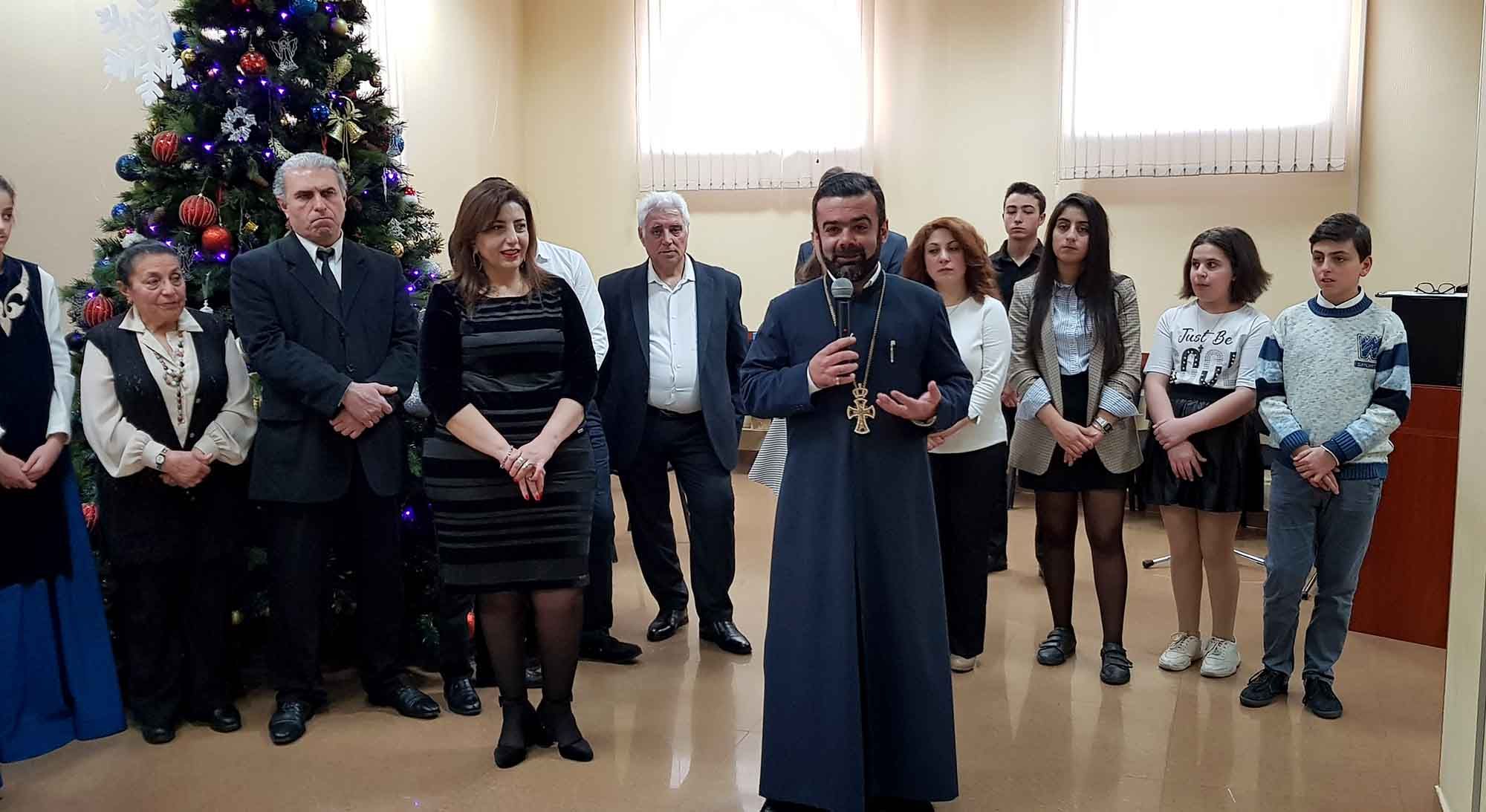 On December 27, 2019, the semi-annual reporting concert of artistic groups took place at the ''Hayartun'' Center of the Armenian Diocese in Georgia. The event has a deep message and was dedicated to Silva Kaputikyan's 100th anniversary. The event program included songs created on the basis of her poems. The performances included in the concert program also became a demonstration of the band's progress obtained during the past months. 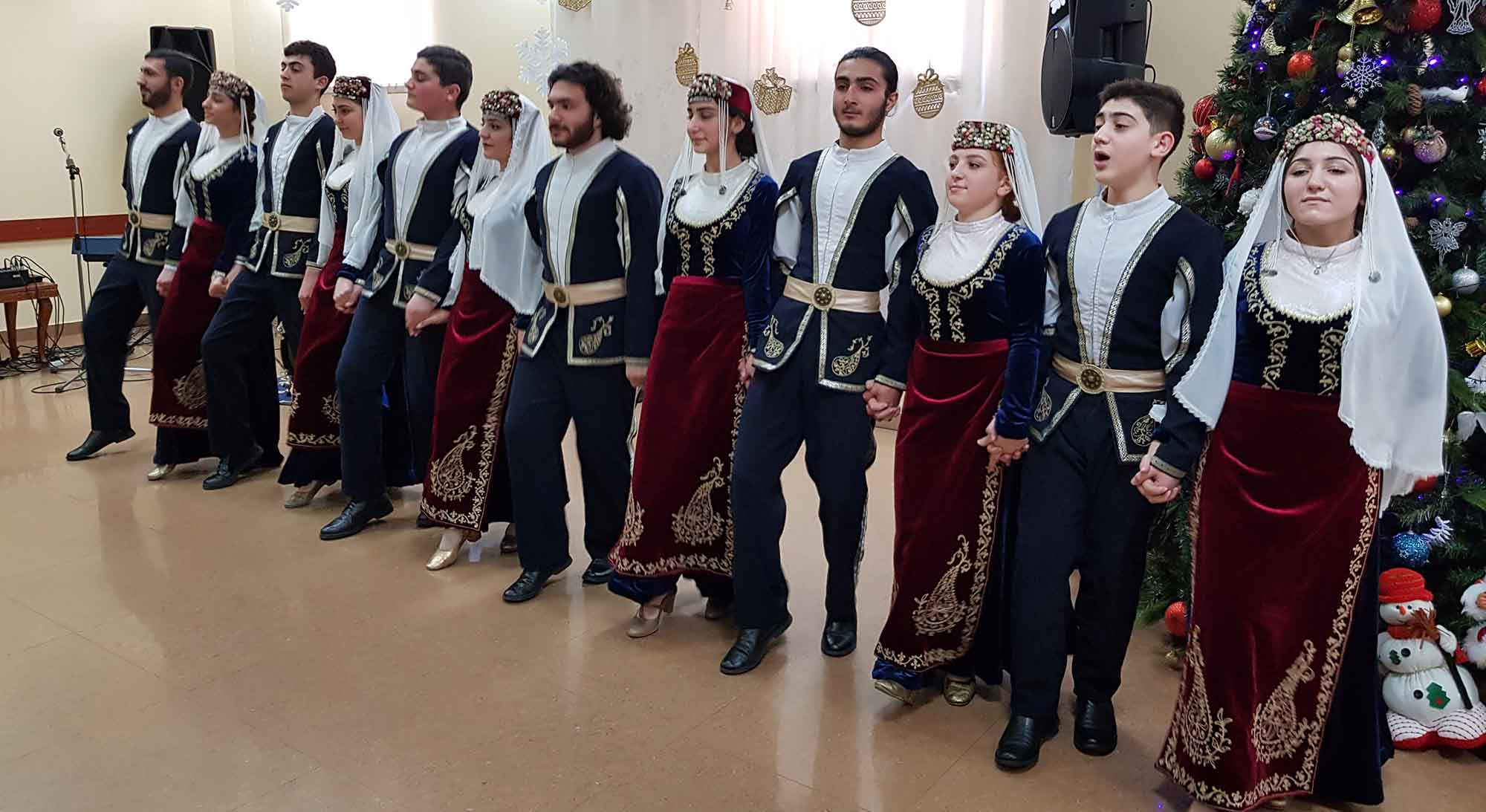 Calouste Gulbenkian Hall was crowded. The concert was attended by the clergymen of the Armenian Diocese in Georgia, Diocesan Headquarters officials, representatives of community organizations, numerous guests, parents. 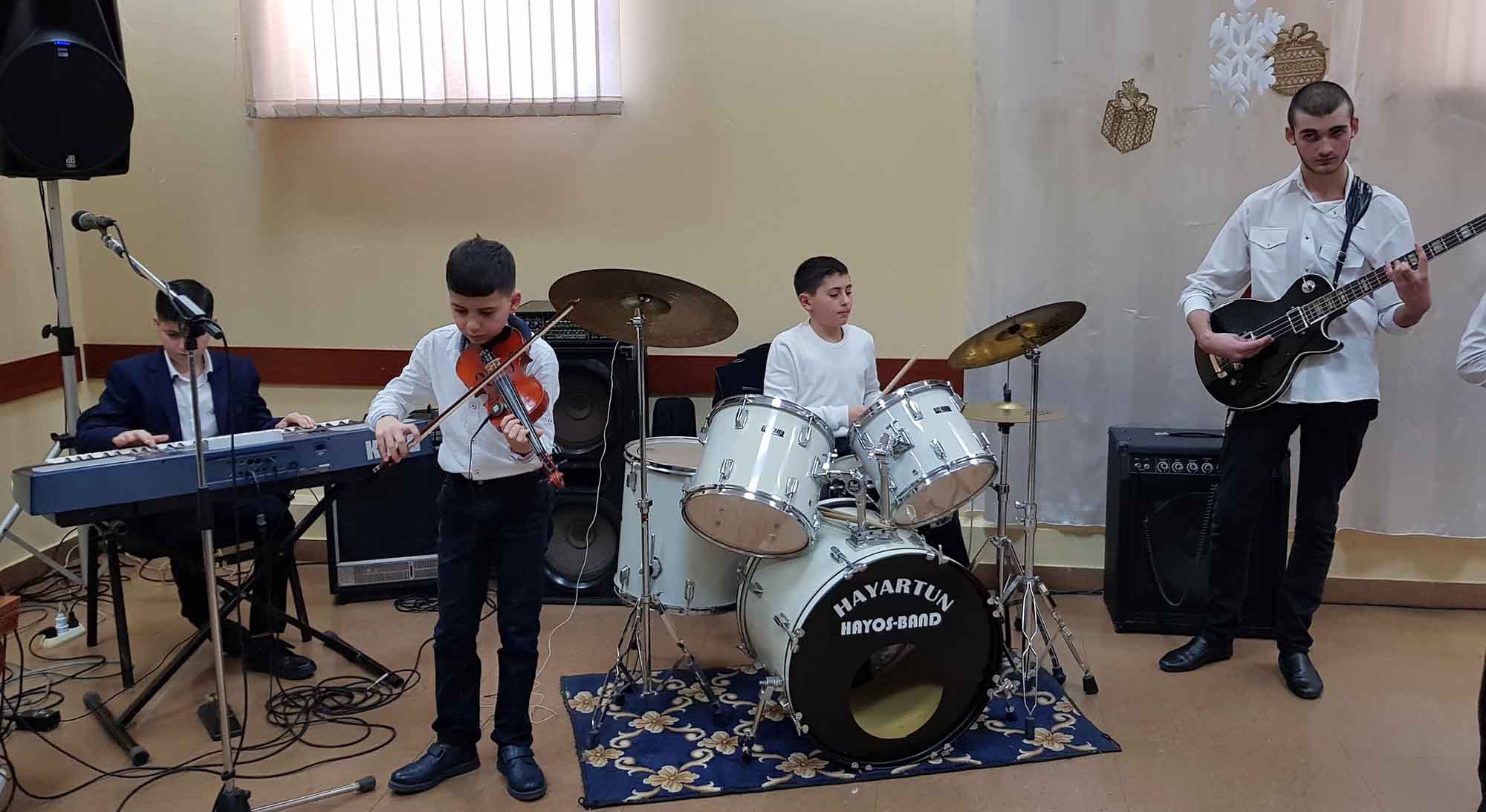 At the conclusion of the event, the concert conductor expressed gratitude to the Choirmaster of ''Nerses the Gracious'' Choir Maria Abulyan, pianist Karen Mirzoyan, ''Taron'' Dance Ensemble dance teacher Suren Abramyan, teacher of duduk and dhol groups Ivane Mkrtchyan and Robert Kashavanidze, conductor of ''Hayos Band'' vocal-instrumental ensemble Vladimir Asaturov, sound director Sergey Arutyunov for developing the love and interest of their students towards the national values and proper direction given to them.

Karine Manukyan, Levon Chidilyan and Samvel Mkrtchyan highly appreciated the work done by the directorate and teachers, the mastery performances by the students, as well as Center's activity for the preserving and maintenance of Armenian values. 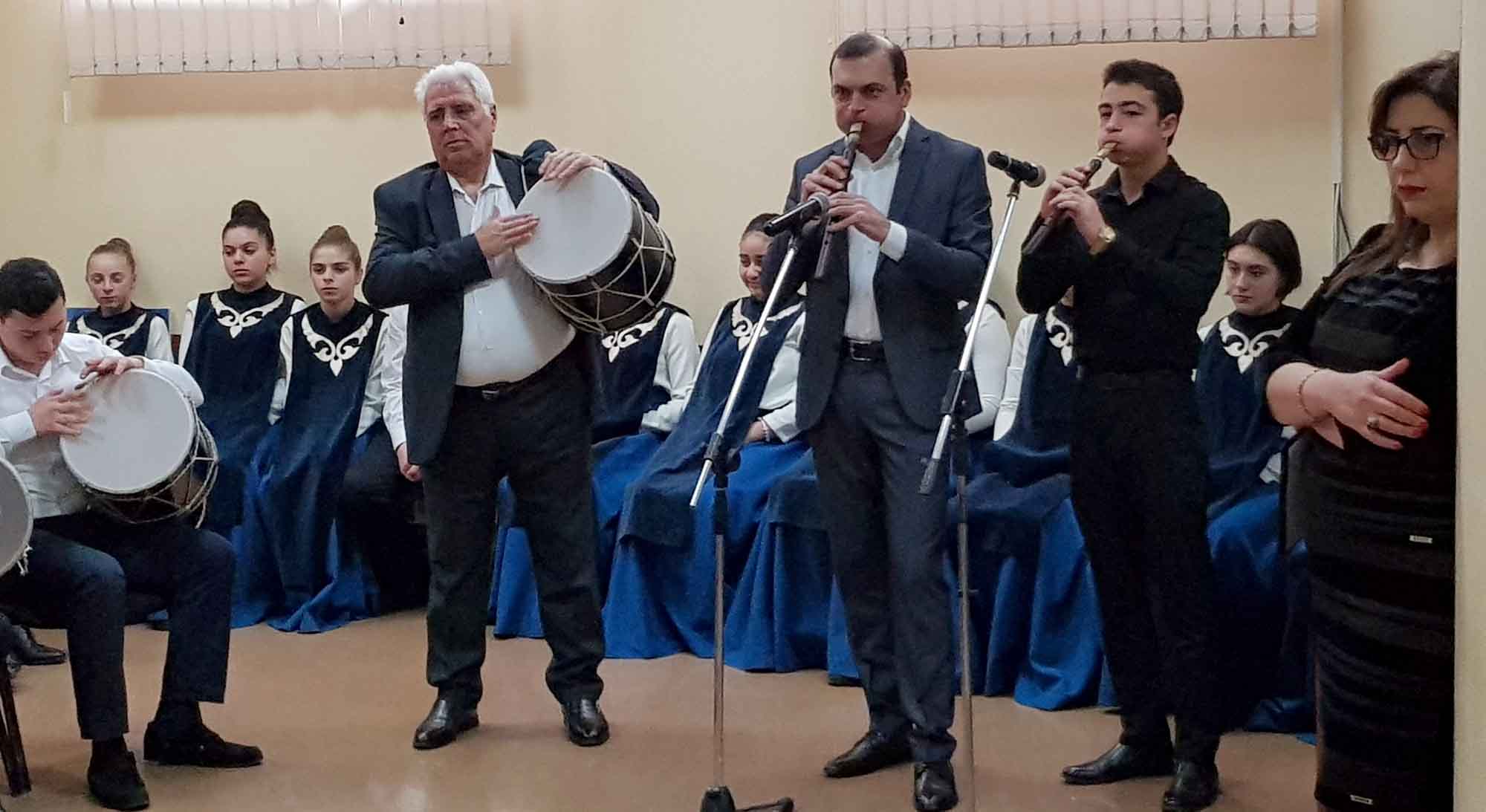 The Vicar of the Armenian Diocese in Georgia, Rev. Father Archimandrite Kirakos Davtyan expressed his appreciation at the reporting concert. Highly appreciating the high level of artistic performances, the great mastery of performances, dedication to the great Armenian poetess Silva Kaputikyan's 100th anniversary Rev. Father expressed his gratitude to the ''Hayartun'' Center, teachers who educate students with great love and devotion in the spirit of patriotism, bringing them closer to the Armenian Church and the Christian Faith. Rev. Father congratulated the attendees on the occasion of upcoming New Year, urged them to attend the Candlelight and Christmas Liturgies and properly celebrate the Feast of the Holy Nativity and Theophany of Our Lord Jesus Christ (Christmas). 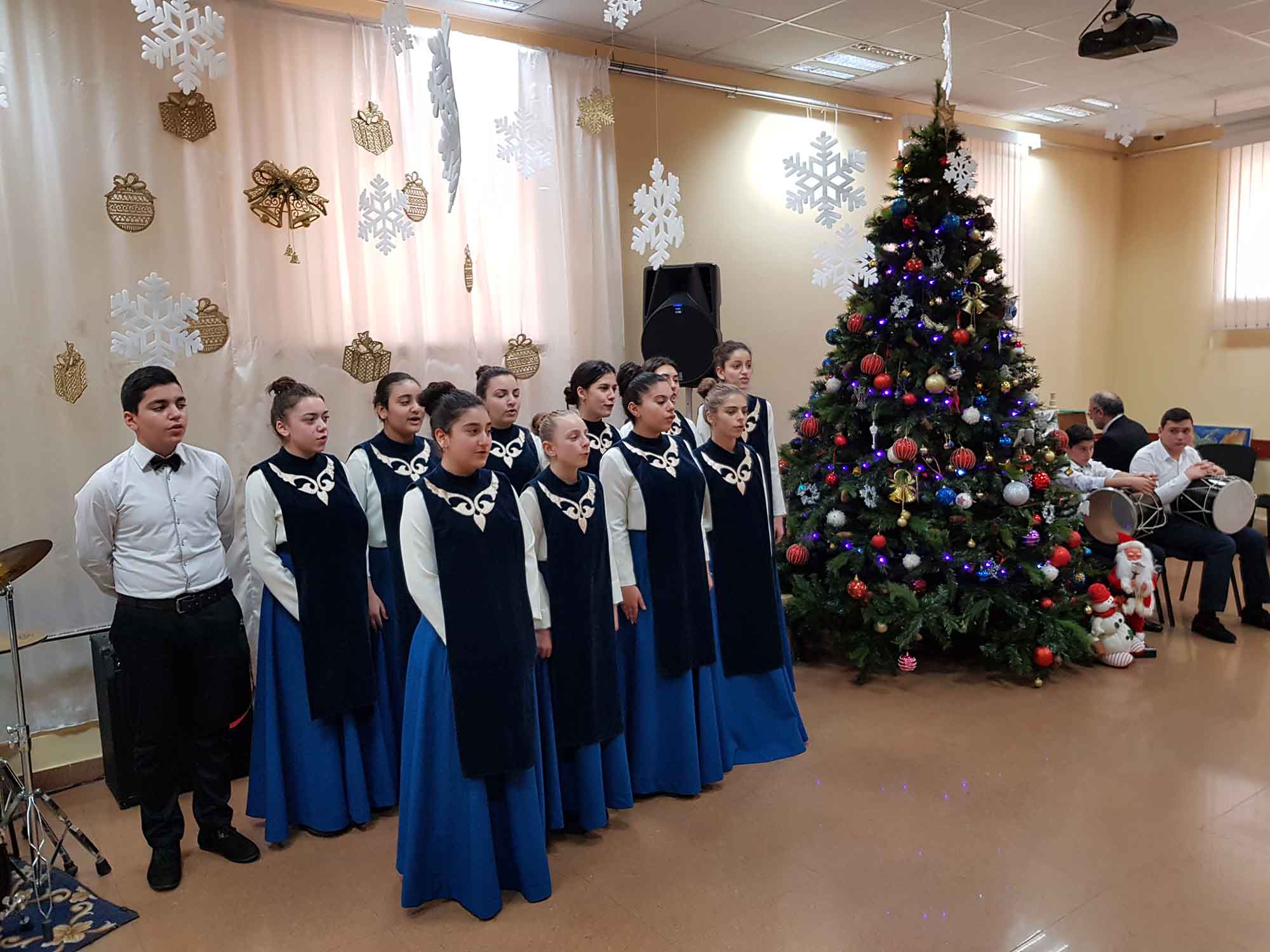