The joy of receiving gifts prevailed at St. Moses of Khoren preschool

The educational process continues in Armenian language teaching one-day schools of the Department of Education, Armenian Diocese in Georgia. In the situation of spread of epidemic and state of emergency in the country, from the very first day when the working process was stopped, on the initiative of Director of Department of Education Eugenia Markosyan and with the blessing of Vicar of the Armenian Diocese in Georgia, Rev. Father Archimandrite Kirakos Davtyan, the classes are held in a remote format in St. Gregory of Narek Saturday School and St. Elias the Prophet Sunday School. Teachers Tamara Gaboyan, Roza Zohrabyan and Revik Karapetyan recruited pupils from the first and second grades of the two schools and continue teaching according to the program. 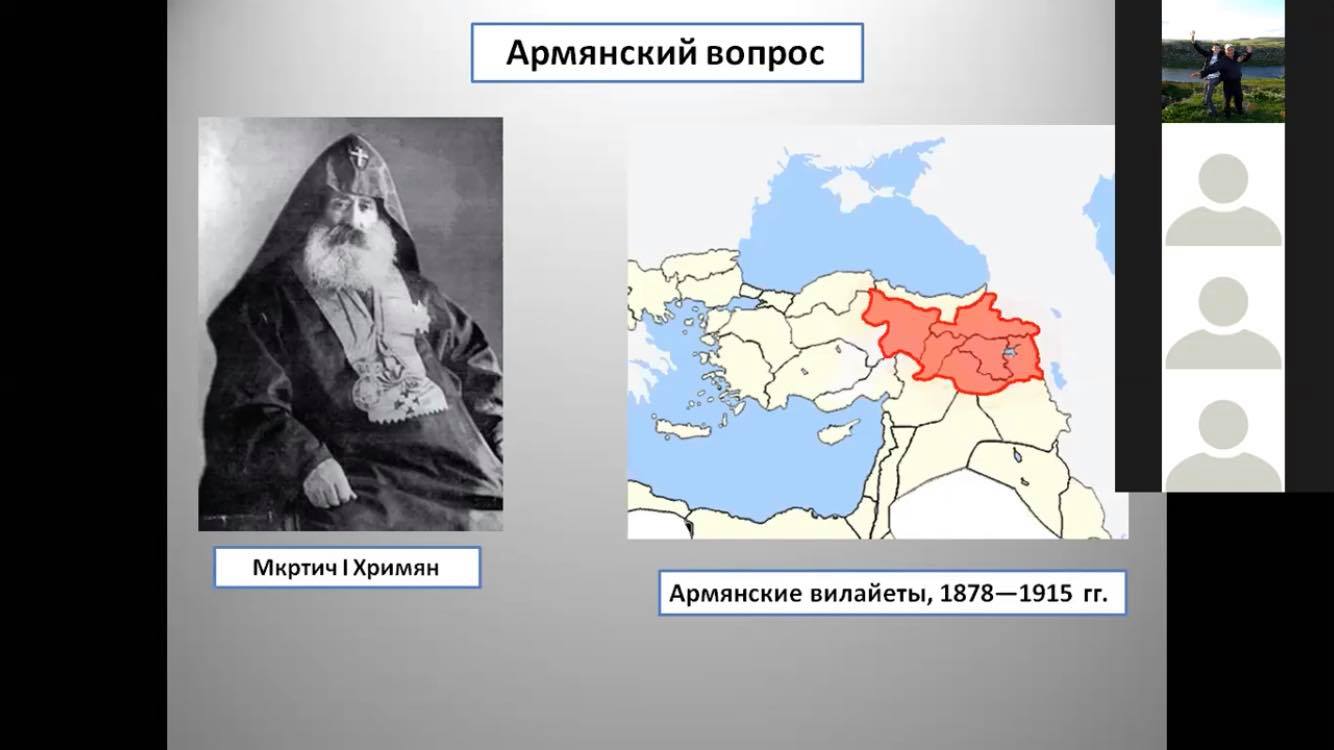 The online classes with using modern methods are interesting for pupils, they learn Mashtots' alphabet, grammar of Armenian language, get acquainted with the treasury of Armenian literature and dive into the pages of Armenian history. And the most recent history lesson, dedicated to the 105th anniversary of Armenian Genocide, became a unique paying tribute to the memory of the 1.5 million canonized Holy Martyrs.

The remote classes of Armenian will continue until the end of the academic year. 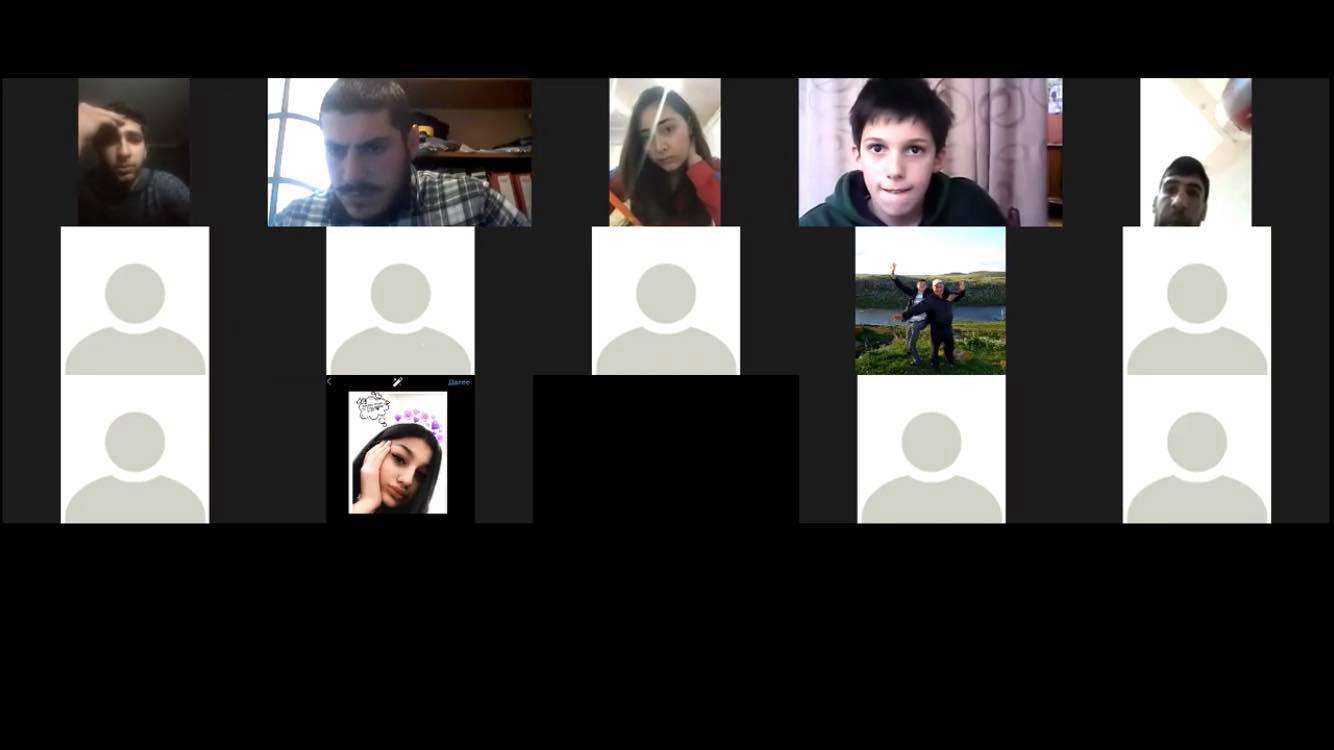 On February 23rd, 2020, the Eve of Great Lent (Great Barekendan) was celebrated in the Armenian Diocese in Georgia with a Divine Liturgy celebrated by Rev. Father Tetev Marukyan in St. Etchmiadzin church in Tbilisi. The ''Harisa – 2020'' festival was dedicated to the

Intellectual competition for youth was launched

On February 3rd, 2020, within the framework of his working visit to Georgia, Zareh Sinanyan, RA High Commissioner for Diaspora Affairs and Hayk Yengibaryan, Head of All-Armenian projects Department’s scientific-educational projects, led by Ambassador

On January 26, 2020, the 28th anniversary of Armenian Army was solemnly celebrated in the palace of culture of Berdavan village, Tavush province, RA. The hall was full of spectators. The concert was honored with the presence of His Grace Bishop Bagrat Galstyan

On January 24, 2020, the pupils of ''St. Moses of Khoren'' (Surb Movses Khorenatsi) preschool (Armenian Diocese in Georgia) were in special joyful mood. After receiving the blessings of Rev. Father Kirakos Davtyan, Vicar of the Armenian Diocese in Georgia, beautiful Christmas presents were given to the children by the ''Samaritan's Purse'' Christian humanitarian organization.

''Silva Kaputikyan -100'': the semi-annual reporting concert of the ''Hayartun'' Center of the Armenian Diocese in Georgia

On December 27, 2019, the semi-annual reporting concert of artistic groups took place at the ''Hayartun'' Center of the Armenian Diocese in Georgia. The event has a deep message and was dedicated to Silva Kaputikyan's 100th anniversary. The event program

On December 26, 2019, the Christmas Party organized by ''Saint Moses of Khoren'' (''Surb Movses Khorenatsi'') Preschool took place in Calouste Gulbenkian Hall of ''Hayartun'' Center of the Armenian Diocese in Georgia.

The wound is healed, the memory is unforgettable

More than three dozen years passed since the day when peace in Armenia was suddenly broken. On December 7, 1988, a devastating earthquake (10 magnitudes at the epicenter) occurred in the area where 40% of population was living.

The 150-year-old Armenian theatre in Tbilisi is the only professional state theatre outside of Motherland and it is named after genius Armenian actor Petros Adamyan. The 150th anniversary of the well-known public figure, painter, writer, and great actor Petros Adamyan marks this year.

Ghapama feast on the first day of winter

On December 1, 2019, traditional ''Gapama'' feast was celebrated. The event was organized at the initiative of Association of Armenian Women in Georgia ''Shushanik'' and with the support of ''Hayartun'' Center and sponsorship of the Armenian Diocese in Georgia.

On November 22, 2019, Calouste Gulbenkian hall of the ''Hayartun'' Center (Armenian Diocese in Georgia) was turned into a creative studio of Armenian painters in Georgia. The walls of the hall were decorated with canvases expressing various topics.

Autumn with perceptions of the Saint Moses of Khoren Preschool's students

On November 13, 2019, an open lesson dedicated to the autumn was held by the Saint Moses of Khoren (Surb Movses Khorenatsi) Preschool at the courtyard of the Saint Etchmiadzin church in Avlabari, Armenian Diocese in Georgia. The church courtyard was decorated with autumn colors, and the harvest of this beautiful season was placed in baskets and trays on the table.

On November 10, 2019, discussion of Antoine de Saint-Exupery's "The Little Prince" novella took place at the "Hayartun" Center of the Armenian Diocese in Georgia. The event was held within the framework of the "Interreligious communication and critical thinking" project of the Patriarchate of the Georgian Orthodox Church.

Within the framework of the cooperation between "Shushanik" Association of Armenian Women in Georgia and Syrian Armenians Union NGO, from October 19 to 20, 2019, a 45-member group of Syrian Armenians was hosted in Tbilisi, headed by Chairwoman Vani Nalbandyan.

On July 24, 2019, RA Minister of Foreign Affairs Zohrab Mnatsakanyan visited Saint Etchmiadzin Church in Avlabari of the Armenian Diocese in Georgia within the framework of the two-day official visit to Georgia. Accompanied by the Vicar of the Armenian

15 students of the "Hayartun" Center were involved in the camp life organized by the "Family" Center of Gyumri. It was the result of the cooperation between "Hayartun" Educational, Cultural and Youth Center of the Armenian Diocese in Georgia and "Family"