On October 12, 2021, according to the Armenian Apostolic Holy Church calendar the Feast of the Holy Translators archimandrites and their pupils was celebrated. This national and church holiday was celebrated at the Armenian Diocese in Georgia with different events.

There was a festive mood in the Etchmiadzin church in Tbilisi. Diocesan Prelate Rev. Father Archimandrite Nshan Hmayakyan celebrated Divine Liturgy under the presidency of the Primate of the Armenian Diocese in Georgia, Rev. Father Archimandrite Kirakos Davtyan. Rev. Father properly preached about the mystery of the day, highly appreciated the role of Holy Translators Sahak Partev, Mesrop Mashtots, and Yeghishe and their pupils in the creation of the Armenian letterings, the preservation of the nation and the deepening of the faith. Rev. Father touched upon the historical period of the creation of the Armenian alphabet. Rev. Father Nshan Hmayakyan mentioned the church, language and culture as the main guarantees for the maintenance of the nation's identity, and encouraged those present to spread the Armenian letters created by the translators, to convey our golden language to our generations. 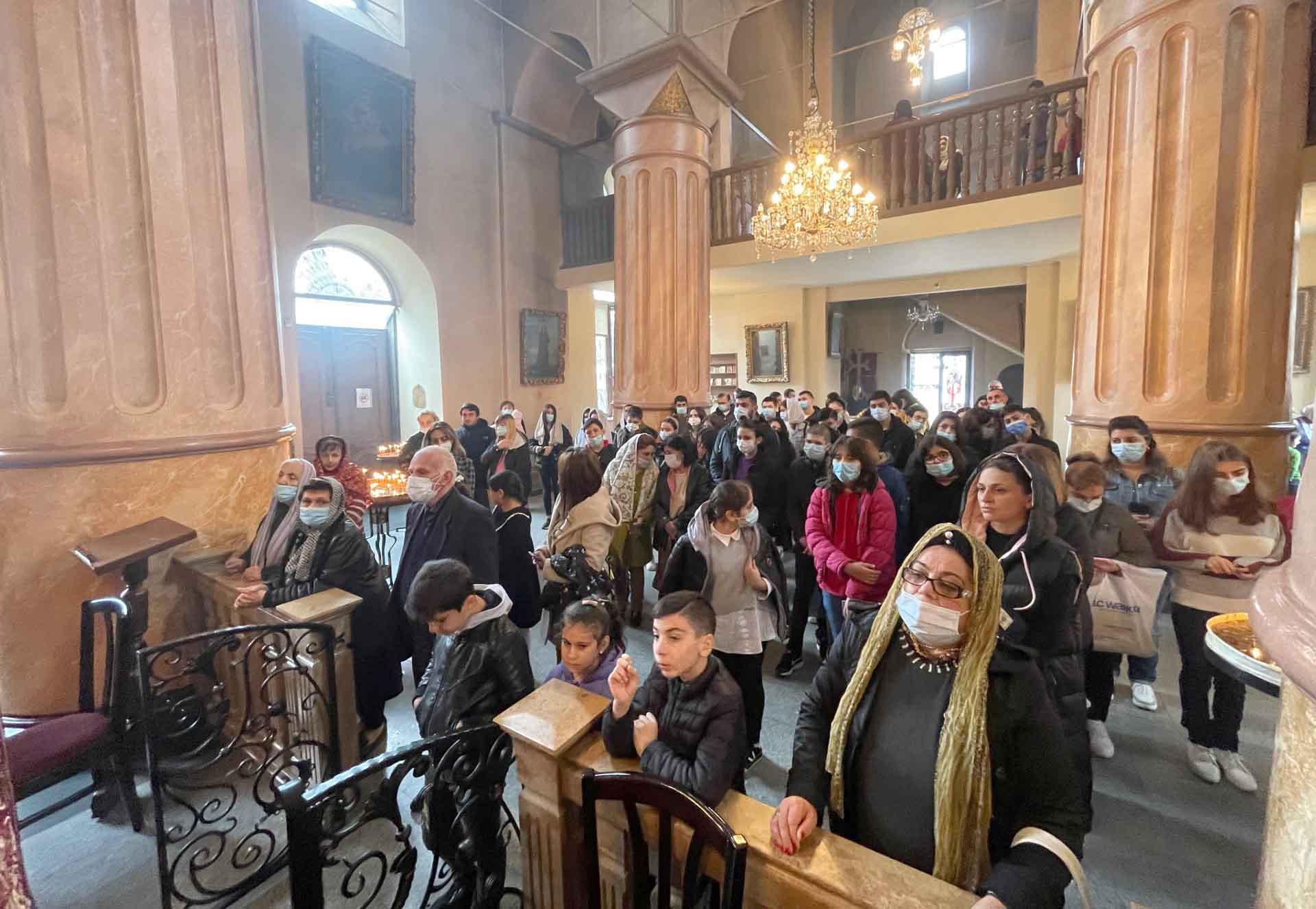 At the conclusion of the Divine Liturgy, under the presidency of the Diocesan Primate, a Requiem Service was offered for the peace of souls of sons of the Armenian nation.

Afterwards, Rev. Father Archimandrite Kirakos Davtyan congratulated ''Hayartun'' Educational, Cultural and Youth Center on its tenth anniversary, expressed his gratitude to former Diocesan primate His Grace Bishop Vazgan Mirzakhanyan and benefactor Saakov family on whose initiative and by whose consistent efforts the Center was established and has been fulfilling the devoted mission of spreading the native education and national culture with dignity for a decade now.

At the end, in front of the Holy Altar students of Saint Moses of Khoren (Surb Movses Khorenatsi) Preschool and Saint Elias the Prophet (Surb Yegia Maragre) Sunday School (teacher Rosa Zohrabyan) of the Diocesan Department of Education (the head of the department Eugenia Markosyan) honored the great creators of the Armenian alphabet with their beautiful speeches and poems.

This beautiful day was celebrated with a pilgrimage by the pilgrims arrived in Tbilisi from the ‘’Rafael Javakh’’ Educational and Cultural Center and Saint Sarkis church of Samtskhe-Javakheti and Tsalka’s General Prelacy of the Armenian Diocese in Georgia in Ninotsminda. Under the leadership of Rev. Father Armash Poghosyan, the guests attended ‘’House of Hovhannes Tumanyan’’ Center for Science and Culture, prayed, lit candles in Saint Etchmiadzin church, and paid their respect to the sons of the Armenian nation rested in peace in  the Pantheon of the Armenian Writers and Public Figures ''Khojivank''.

The festive event of the day continued at ‘’House of Hovhannes Tumanyan’’ Center for Science and Culture. 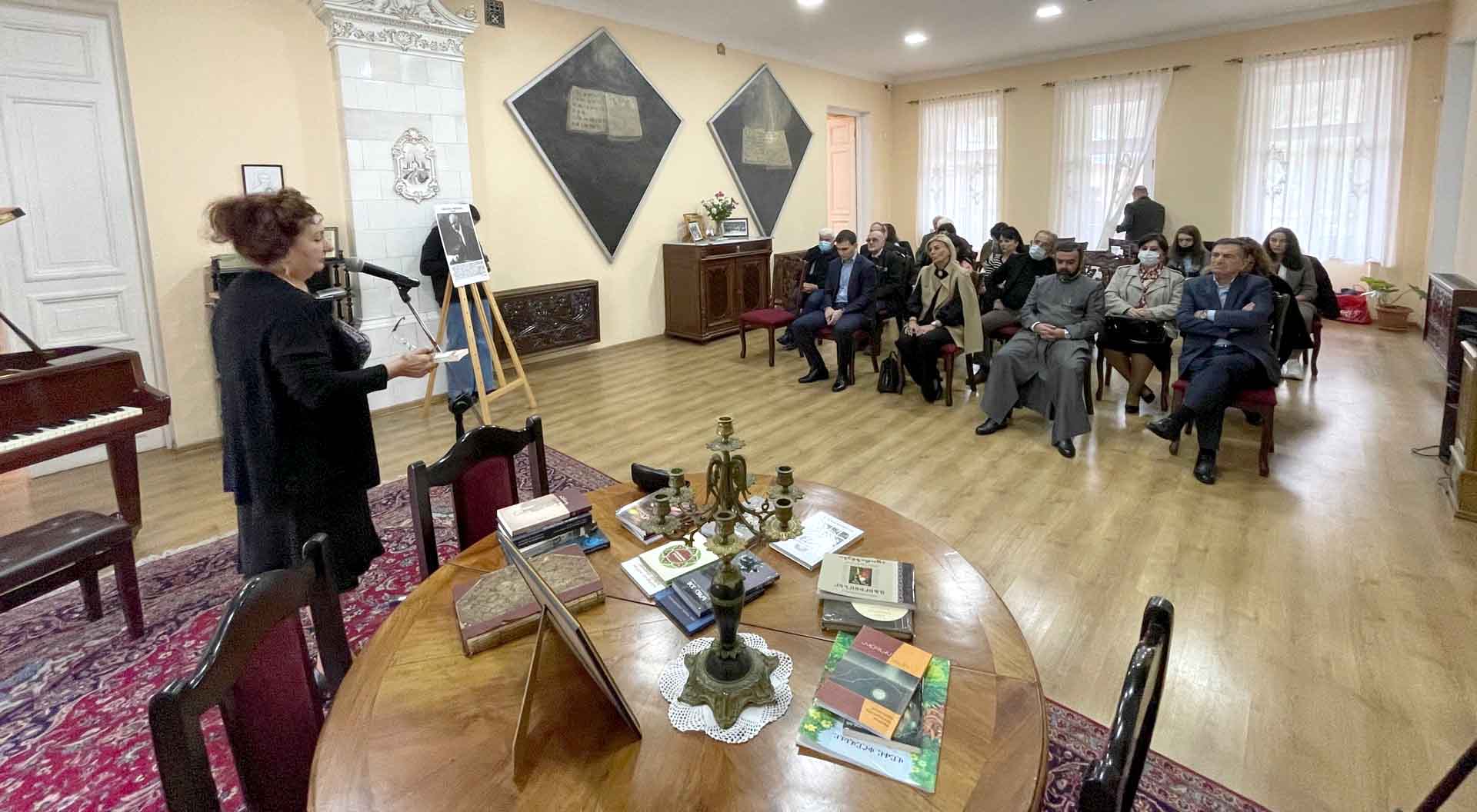 The event was attended by the diplomats of the RA Embassy in Georgia Anna Sahakyan and Avetik Harutyunyan, Editor of ''Vrastan'' (''Georgia'') newsletter Van Bayburdyan, Artistic Director of the Petros Adamyan State Armenian Drama Theatre, as well as, writers, interpreters, Armenian intellectuals from Georgia.

The Primate of the Armenian Diocese in Georgia, Rev. Father Archimandrite Kirakos Davtyan, offered his blessing to the attendees, briefly touched upon the mystery of the day, highly appreciated the significance of the feast in the life of the Armenian people; he mentioned the Armenian alphabet invention as a turning point and highlighted the national and church basis of the holiday.

After a long break, the intellectuals again gathered in Tumanyan's historical house  in Tbilisi, by recalling historically shaped but still modern, as well as contemporary translations from poetry, prose, drama and other genres they honored the memory of Armenian translator archimandrites who established Armenian writing and literature. Those present also shared their memories related to the translations they have done.

Prose and poetry translated into Armenian, Russian and Georgian  by the Armenian writers and intellectuals from Georgia were presented thanks to the Head of the ''House of Hovhannes Tumanyan'' Center Gisane Hovsepyan, and guide Goar Mazmanyan. A video call was made with Yerevan during which translators of different languages and with the same literacy connections presented their translations of each other's works.

The event also was saturated with artistic performances by individual performers' songs accompanied by music.

The Feast of the Holy Translators was solemnly celebrated with various events at all churches of the Armenian Diocese in Georgia. Divine Liturgy was celebrated in the churches in Akhalkalaki, Ninotsminda, Akhaltsikhe, Tsalka, Tetritskaro, Marneuli and Batumi. This national and church feast was also celebrated with other events in different places. 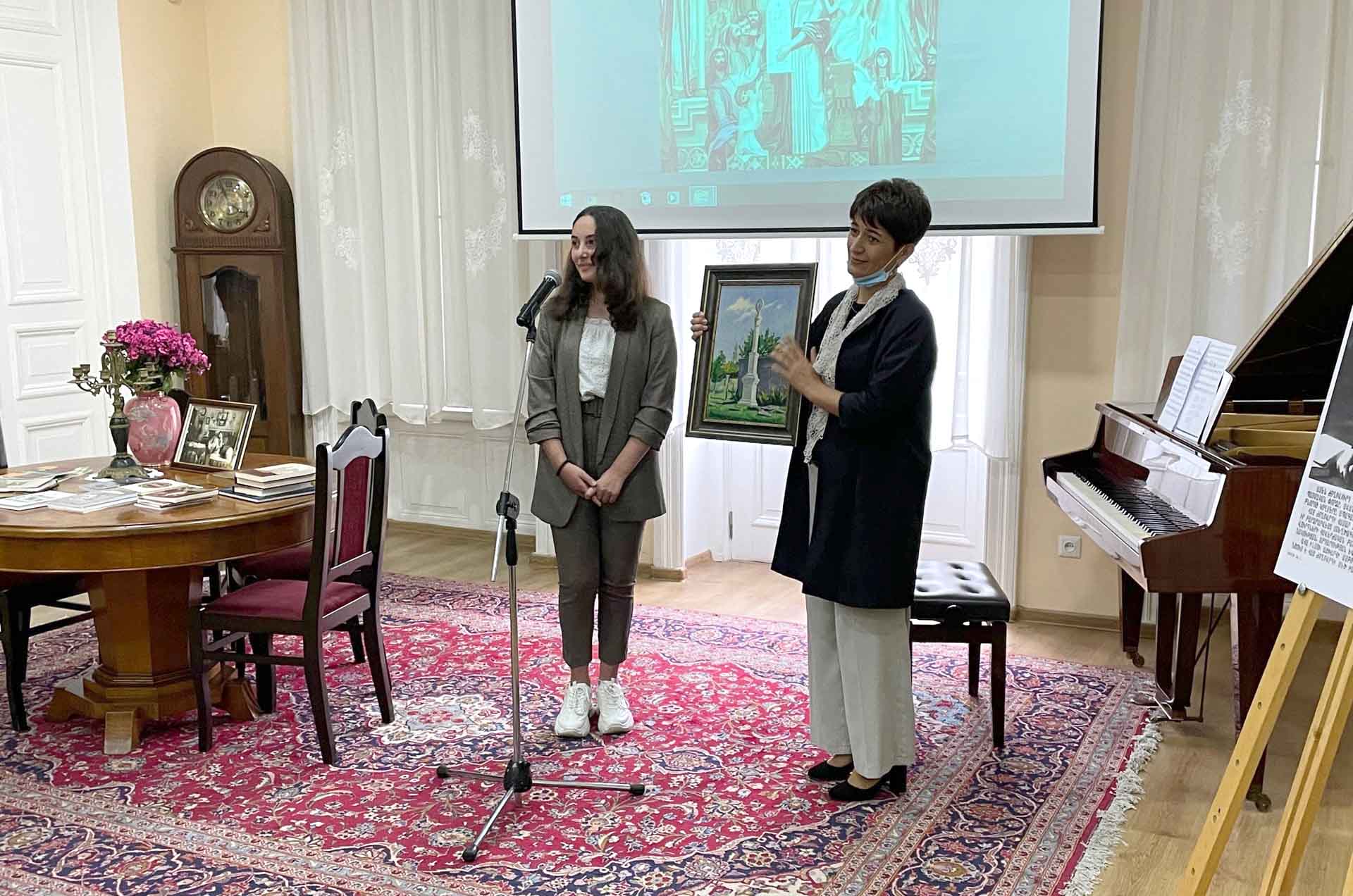