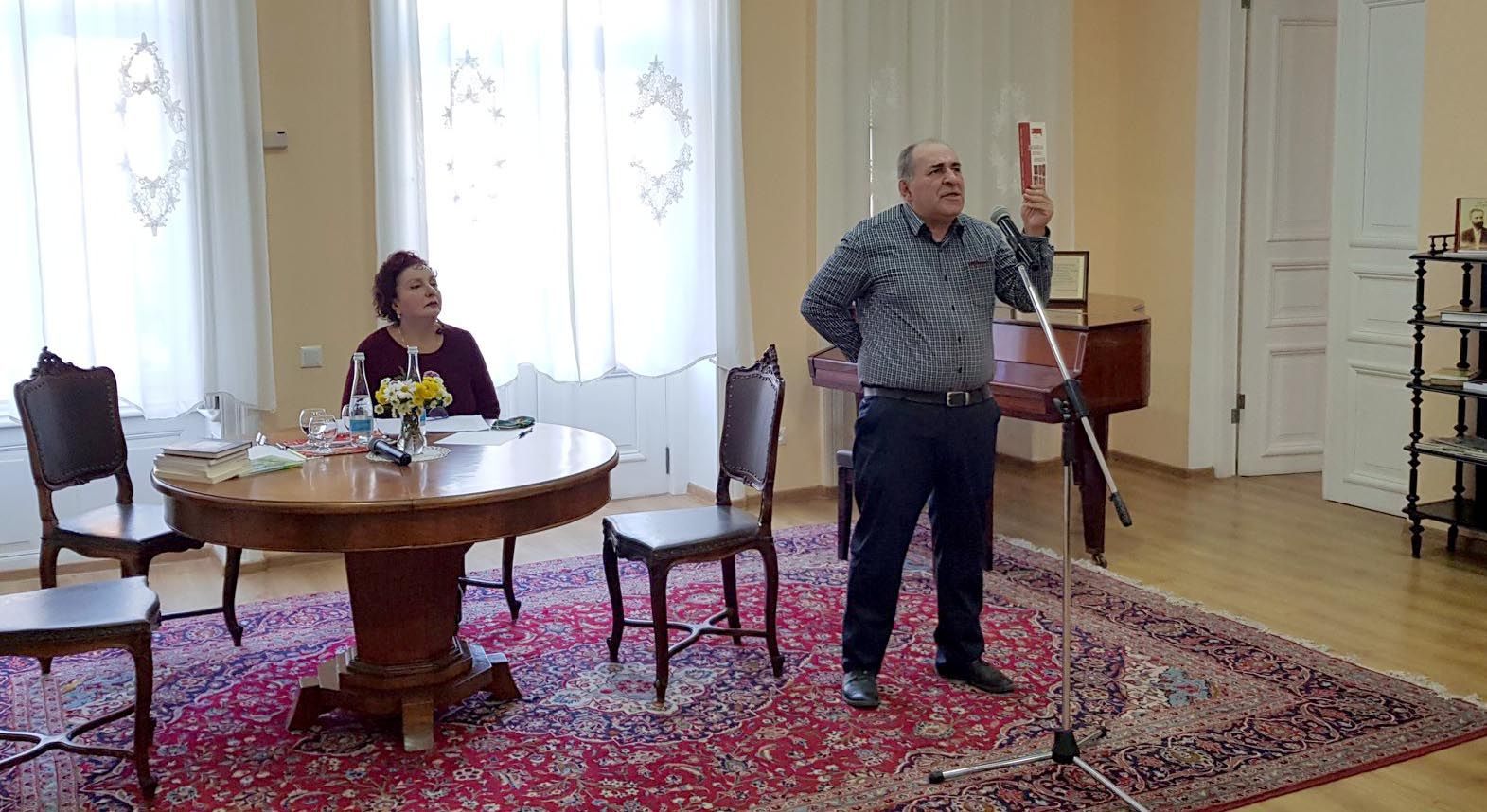 On November 9, 2019, a meeting with Ara Gevorgyan, poet, translator, playwright who arrived from Gyumri city, Republic of Armenia, as well as presentation of his “The Love Lyric of Armenia” yearbook took place at the “House of Hovhannes Tumanyan” Center for Science and Culture of the Armenian Diocese in Georgia.

Hovhannes Tumanya's former apartment was once again full of spectators.

The interest was big because the admirers and appreciators of foreign language literature had come to listen to samples of Armenian classical literature translated into Russian. It is noteworthy that at the initiative of the translator and translators who gathered around him and due to their master translations the Russian-language readers get acquainted with classical Armenian authors' works, the fourth of which was presented at the former apartment of the All-Armenian Poet. Translations from the treasury of Armenian literature from the middle ages until new and modern literature were presented.

The evening became a nice opportunity to get acquainted with the samples of Armenian literature translated into Russian.