The state's proper attitude towards relics and tombstones with Armenian inscriptions 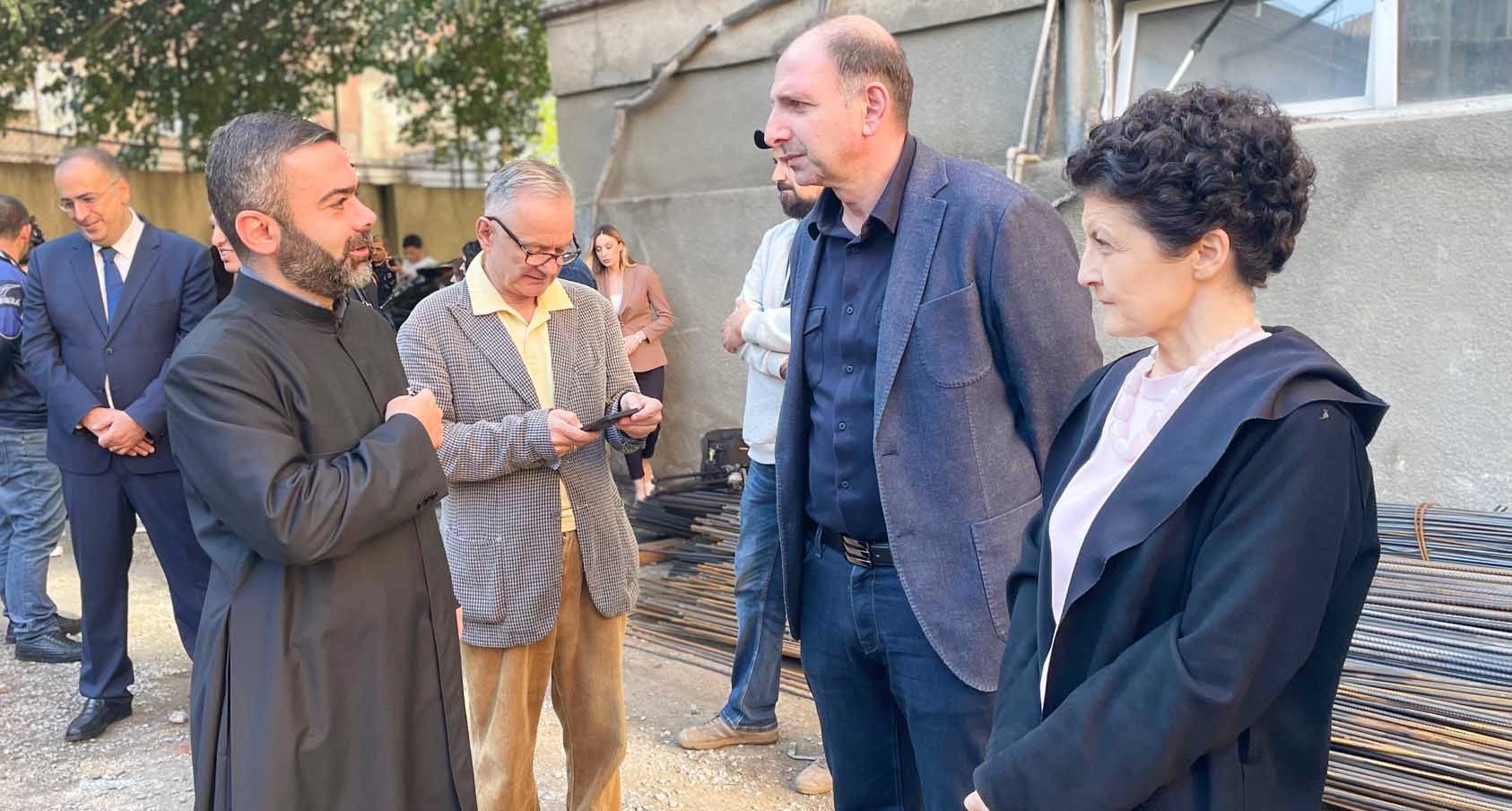 Everywhere in Tbilisi we find silent evidences of the Armenian trace. One of the most valuable are the ruins of the temple and its surrounding area, destroyed during the Soviet era because the traces of the former cathedral and the relics of worthy Armenians and spiritual servants of the nation buried in the churchyard cemetery are still appearing.

Tombstones with Armenian inscriptions and relics of the buried were found during the improvement works of the area adjacent to the Ministry of Culture of Georgia on Atoneli Street. Thanks to the direct intervention of the Deputy Prime Minister of Georgia, Minister of Culture, Sports and Youth Thea Tsulukiani, the measures were taken, with the participation of archaeologists of the National Agency For Cultural Heritage Preservation of Georgia, the importance of preservation process of the relics was highlighted and it was decided to coordinate it with the Diocese of the Armenian Apostolic Holy Church in Georgia, the Armenian Embassy in Georgia, and the Armenian community in Tbilisi. According to the decision made with the agreement of the members of the Armenian community, in particular, the Primate of the Armenian Diocese and the RA Ambassador to Georgia, guided by the Christian respectful and proper attitude towards the deceased, the found relics will be reburied in Pantheon of the Armenian Writers and Public Figures ''Khojivank''. 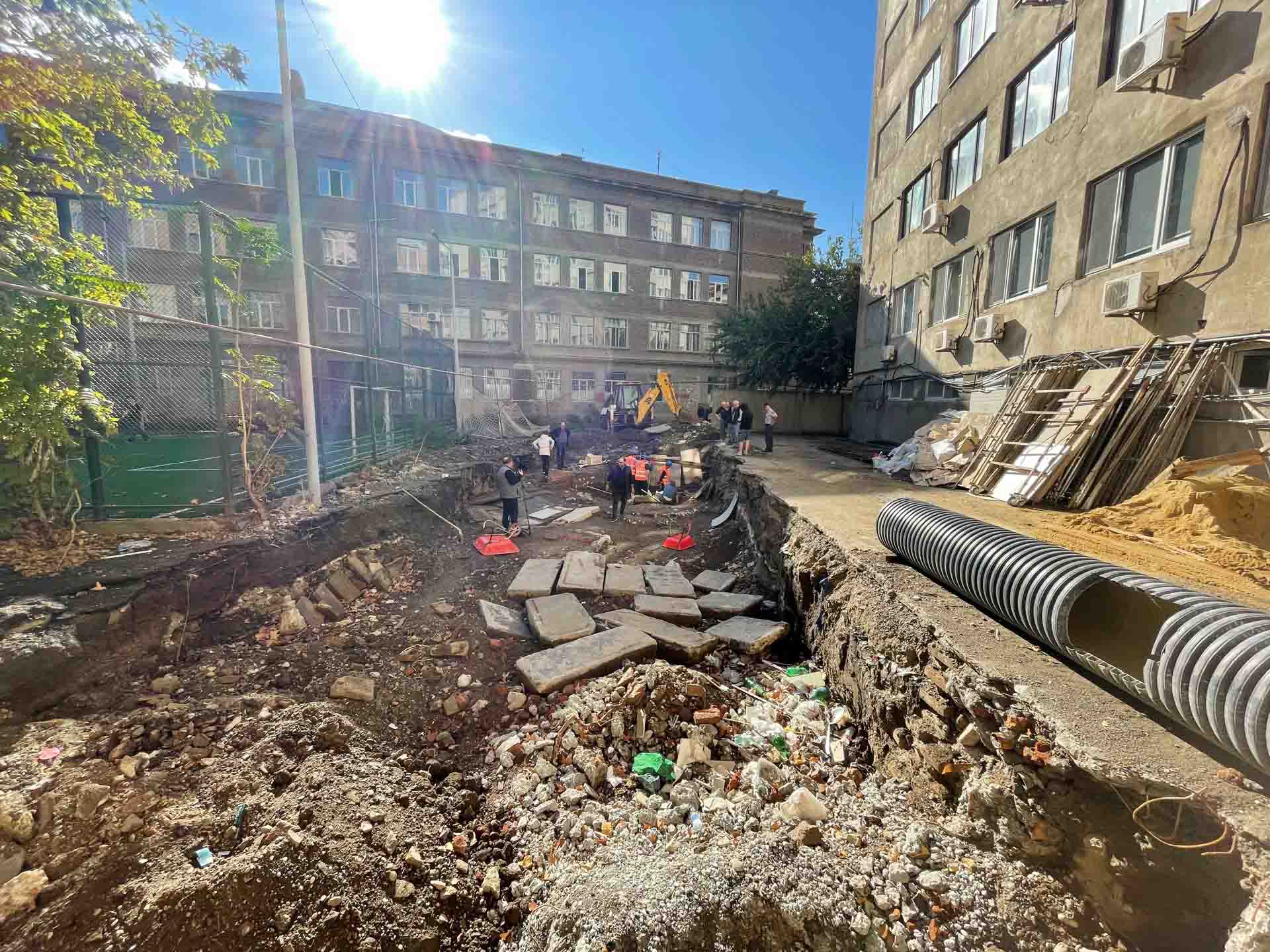 On October 18, 2022, with the participation of Deputy Prime Minister Thea Tsulukiani, RA Ambassador Extraordinary and Plenipotentiary to Georgia Ashot Smbatyan, Primate of the Armenian Diocese in Georgia Rev. Father Kirakos Davtyan, archaeologist Zura Giorgadze from National Agency For Cultural Heritage Preservation of Georgia, chief editor of “Vrastan” (“Georgia”) newsletter Van Bayburtyan, head of "Miasin" (“Together”) NGO in Tbilisi Levon Chidilyan and other members of the public, the found relics and tombstones were moved. 5 tombstones were found, only two of which have preserved inscriptions on them. These are the tombstones of the senior priest of the Cathedral Hovhannes Ter Poghosyan and his wife buried in the territory of the Monastery, the inscriptions on the others have not been preserved.

The Cathedral Monastery was also well-known for its national cemetery. The remains of prominent Armenian figures and Diocesan Primates were buried in the cemetery of the monastery. Alexander and Darya Mantashyans, Hovhannes, Mariam, Konstantin Khatisyans, Tiflis mayors Alexander Matinyants and Poghos Izmayilov, and other famous figures of the nation were buried here. 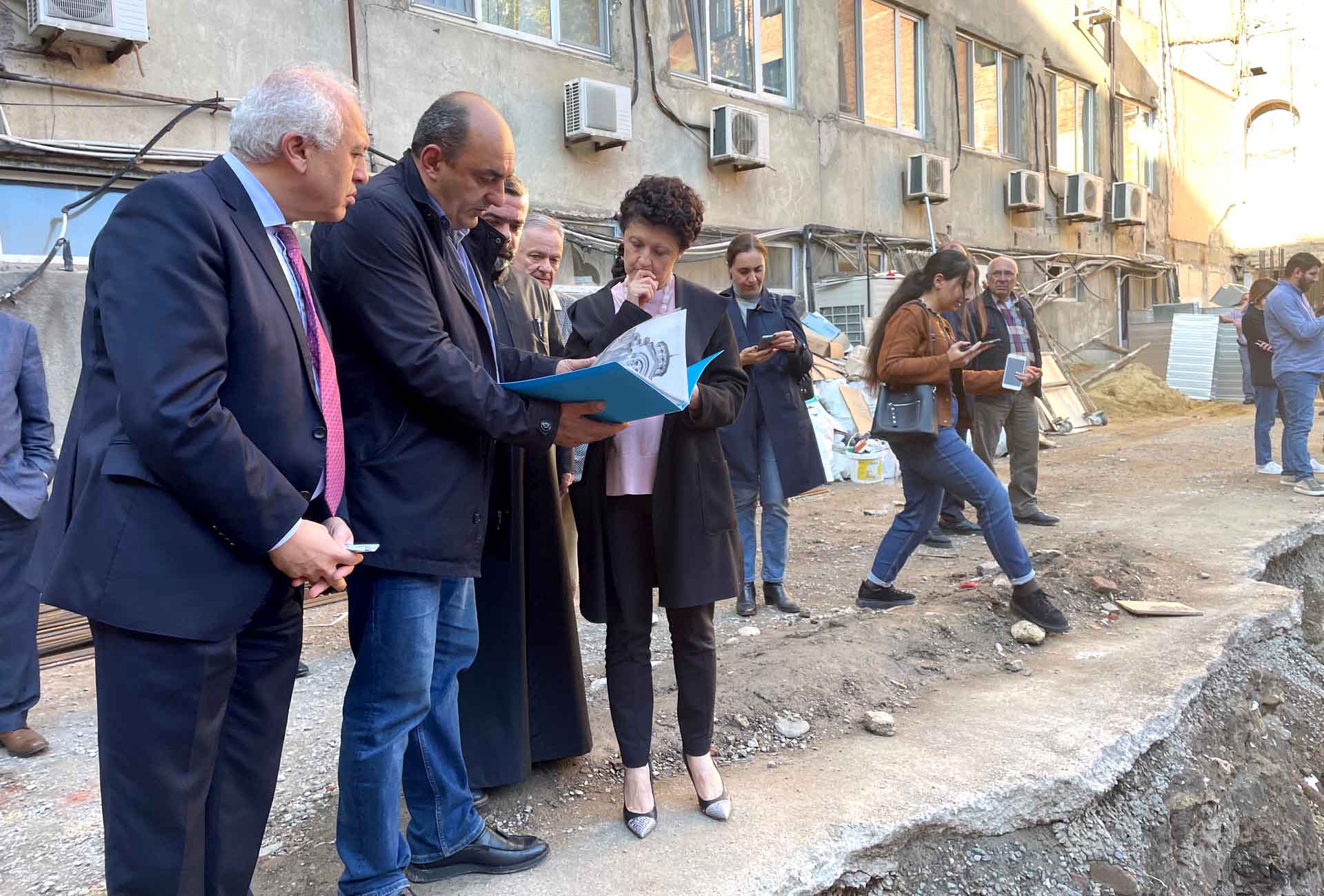