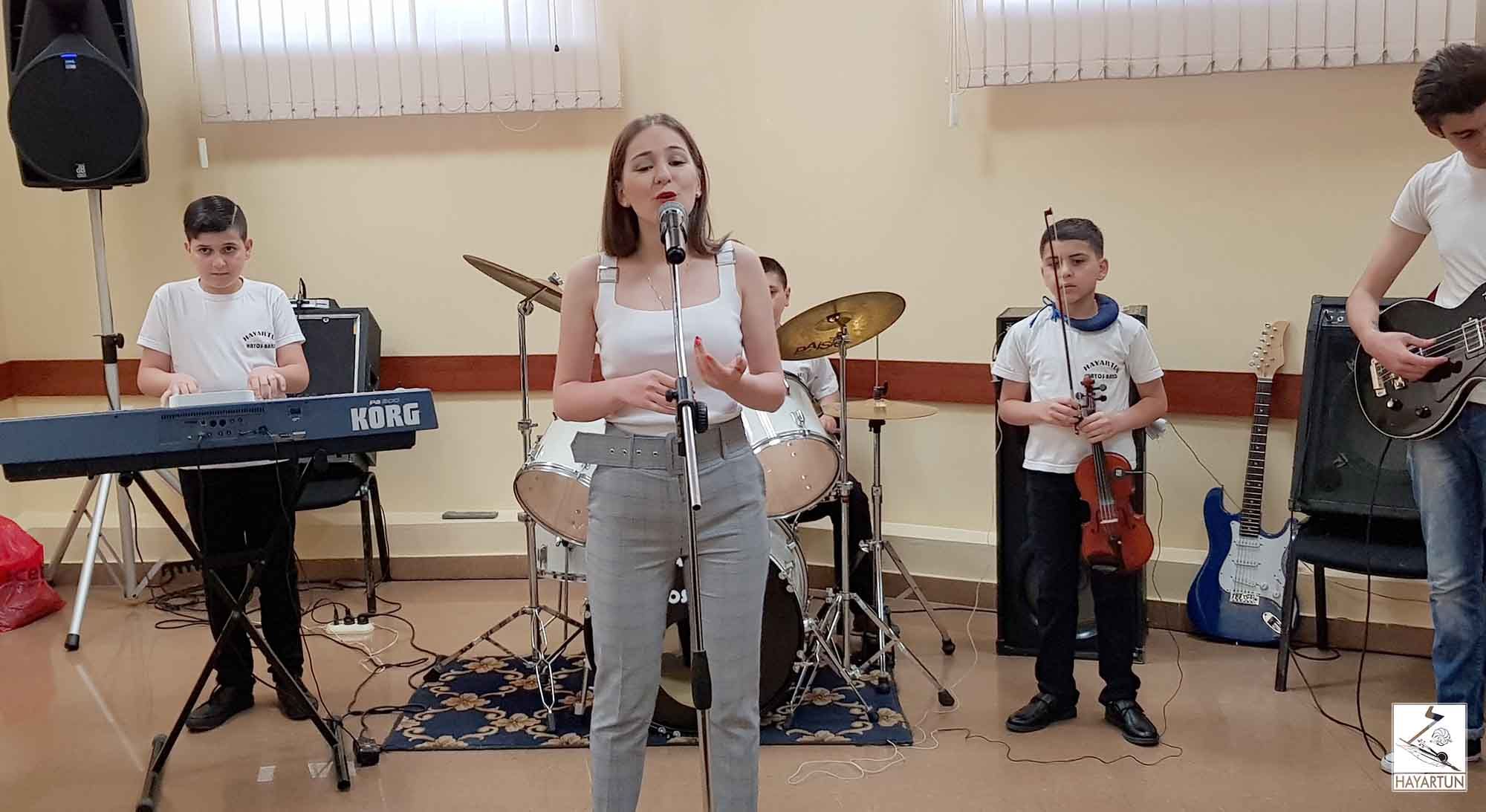 On June 9, 2019, a solo concert of the third shift of the “Hayos Band” vocal-instrumental band of the “Hayartun” Center (the Armenian Diocese in Georgia) took place.

The concert was honored with the presence of the Primate of the Armenian Diocese in Georgia, His Grace Bishop Vazgen Mirzakhanyan. In attendance were the Diocesan clergy, Center’s officials, community figures, parents and numerous guests.

The event had reporting features. It was a wonderful surprise for the parents, friends and officials of the Armenian Diocese in Georgia. It admired the guests with high quality structure and master performances. 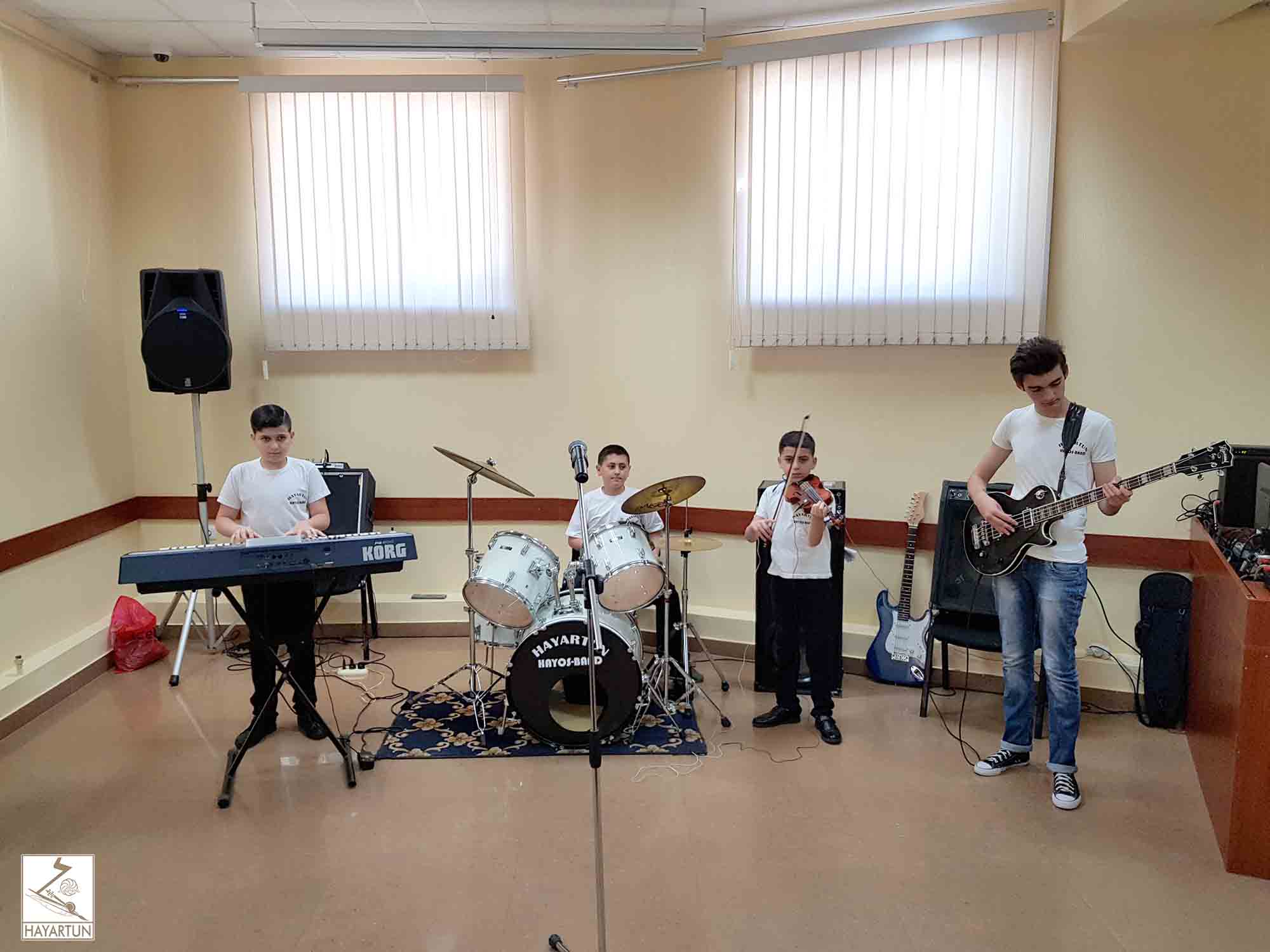 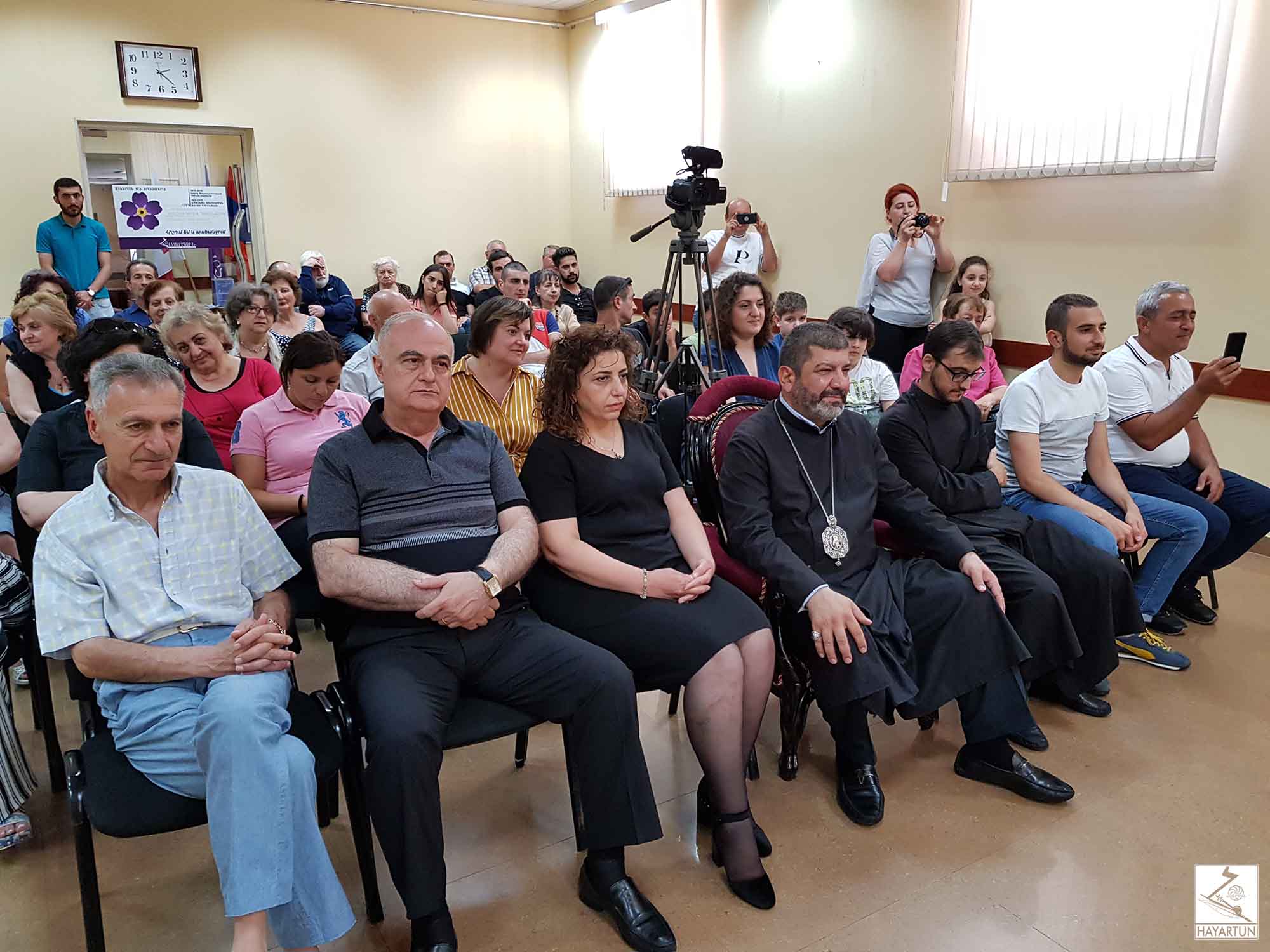 During the solo concert, the soloist of the band Ruzanna Mikayelyan was warmly welcomed by the audience. She took her first steps in music in “Saint Nerses the Gracious” (“Surb Nerses Shnorhali”) Choir of the “Hayartun” Center and then continued her path in the “Makar Yekmalyan” Choir of the Cathedral of Saint George. Ruzanna showed her unique skills as a soloist beautifully performing pop songs in Armenian and Georgian languages.

The music performed by the vocal-instrumental band's members Artyom Arutyunov (drums), Davit Khachatryan (bass guitar) and Alex Hakobyan (violin) was impressive and admirable. The guests expressed their admiration and satisfaction through thunderous ovations.

The head of the ensemble, musician Vladimir Asaturov gave closing remarks. The latter touched upon the path of the regularly updated band, highly appreciated successes of the third shift and expressed his deep gratitude to the Diocesan Primate for his attention and support for the formation of the band. The head of the band thanked the students for their interest in multinational and various cultures and expressed hope that they would continue their work in the new academic year in order to show their art and performances out of Tbilisi, in the other Armenian-populated regions of Georgia. 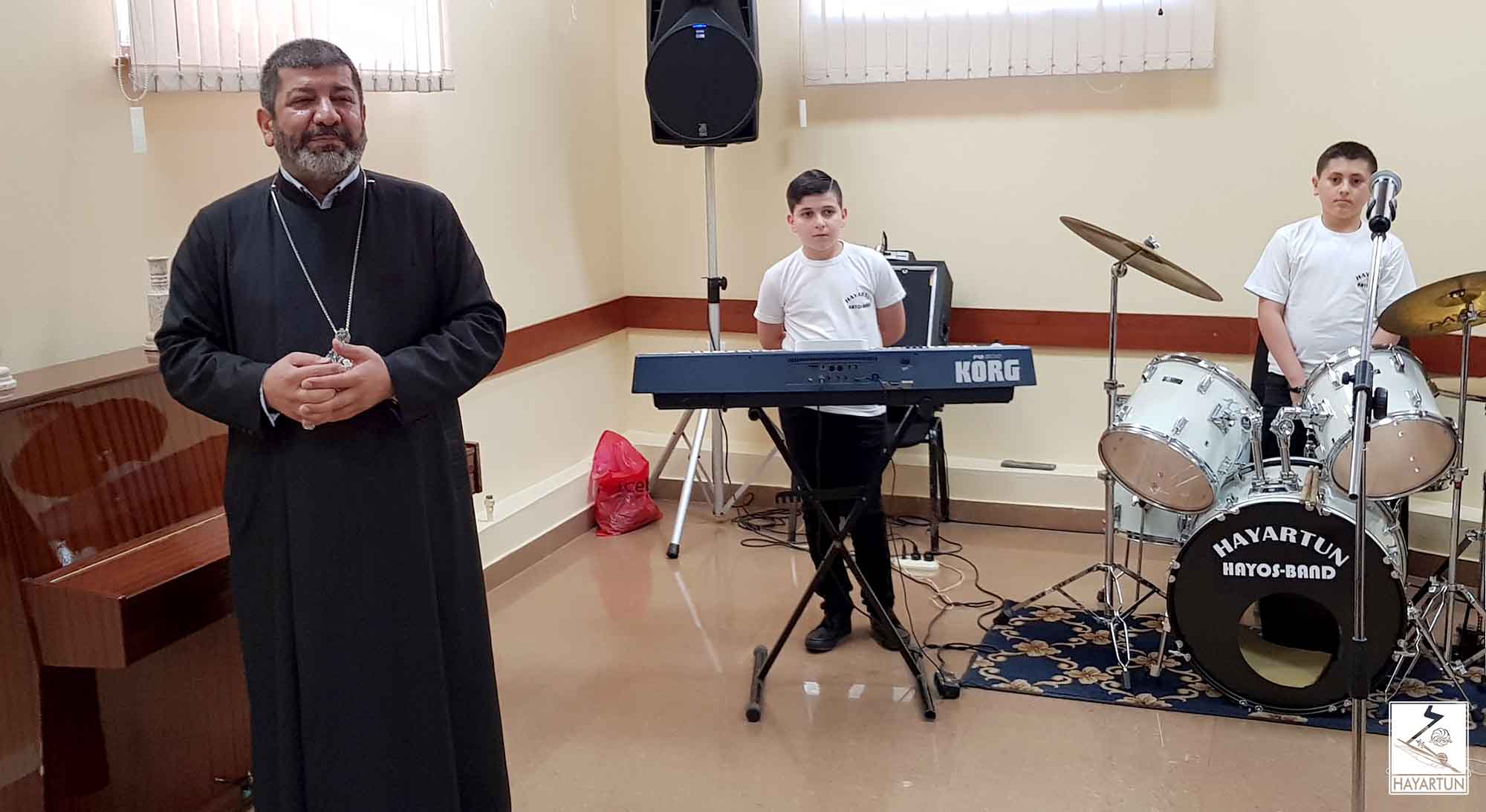 The Primate of the Armenian Diocese in Georgia, His Grace Bishop Vazgen Mirzakhanyan offered his blessings and highly appreciated the solo concert of the “Hayos Band” vocal-instrumental band. The Diocesan Primate praised the musician Vladimir Asaturov for his devoted activity and the creation of the only Armenian pop band in Georgia.

His Grace Bishop Vazgen particularly appreciated the activities of the leadership and officials of the Cultural Department of the “Hayartun” Center and their contribution in the organizing the activities of the groups. He concluded his speech with the message to present properly the Armenian culture. This mission is largely assumed by the cultural centers of the Armenian Diocese in Georgia.