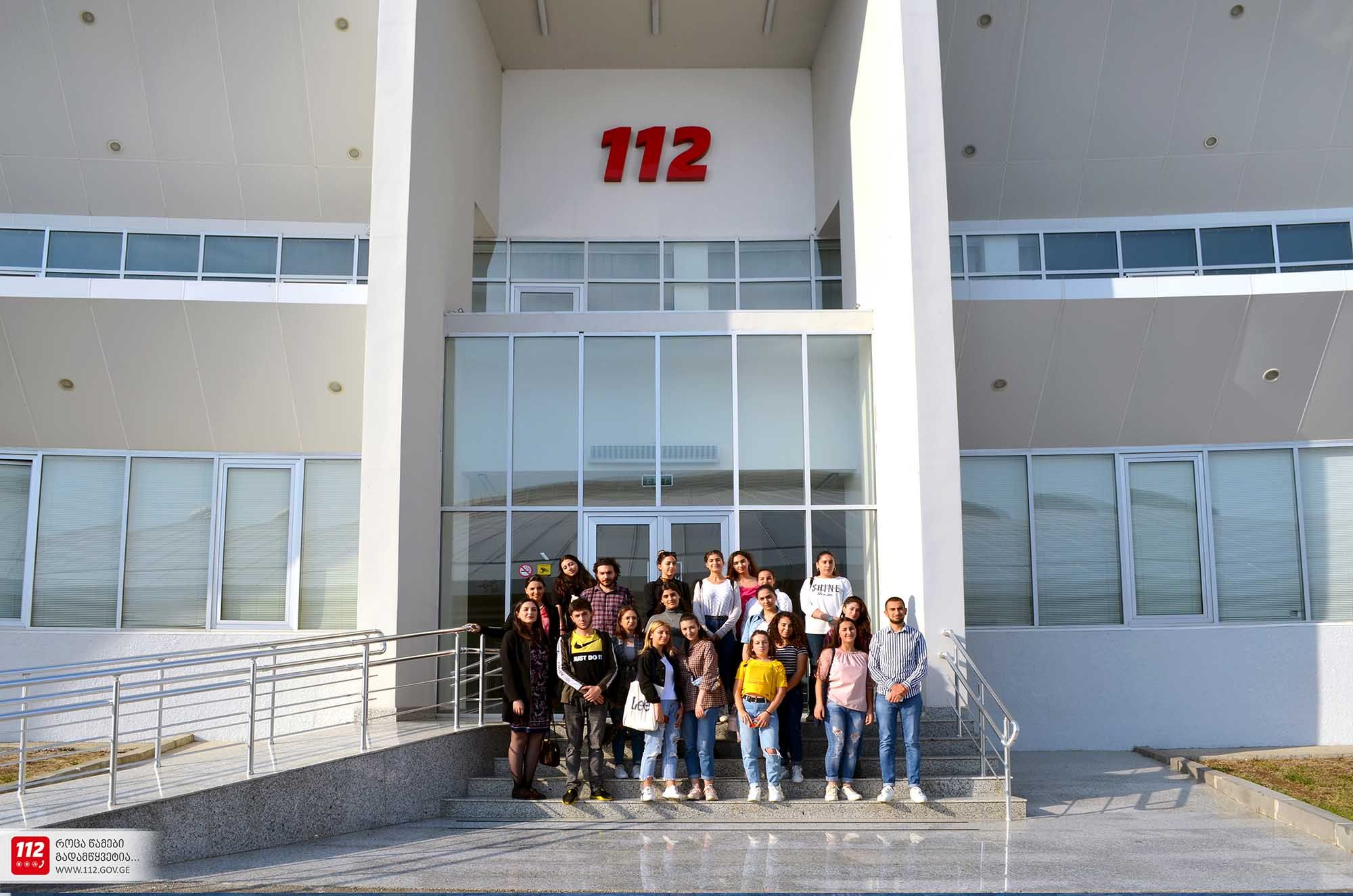 The group of Armenian young people was welcomed by Salome Gelutashvili. The latter made a presentation dedicated to the activities of this service. The young people were informed that the plate-shaped building (located in Tbilisi and Rustavi) includes ambulance, police and fire services within its functions which systematically respond to all calls received by operators. It is noteworthy that the calls are made on average every 5 seconds. 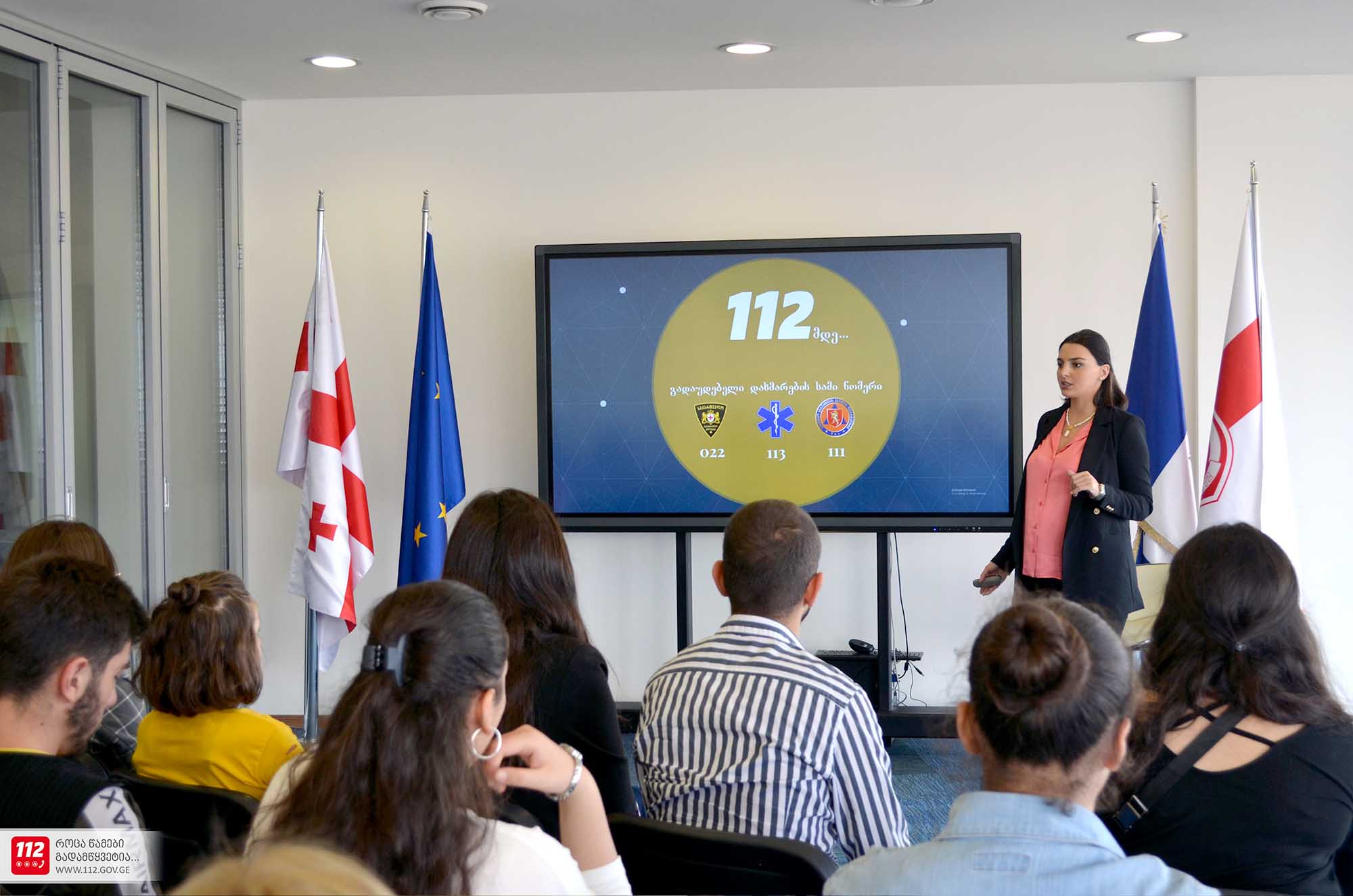 The representative of the service told about the introduction of innovative technologies, fake phone calls, and highlighted the fact that the service also has a format for answering calls in other languages (for example, Armenian, Azerbaijani, English, Russian), in which case operators who speak those languages receive calls.

Salome Gelutashvili emphasized in her speech that such cognitive visits contribute to the reduction of false and meaningless calls because people see the huge useful work being done by this service, people are getting convinced about the necessity of timely assistance to those who truly need it.

The group of young people, accompanied by Ms. Gelutashvili, toured the 112 Service halls and saw the technological innovations which are used in this service.

During the visit young people received answers to their questions. 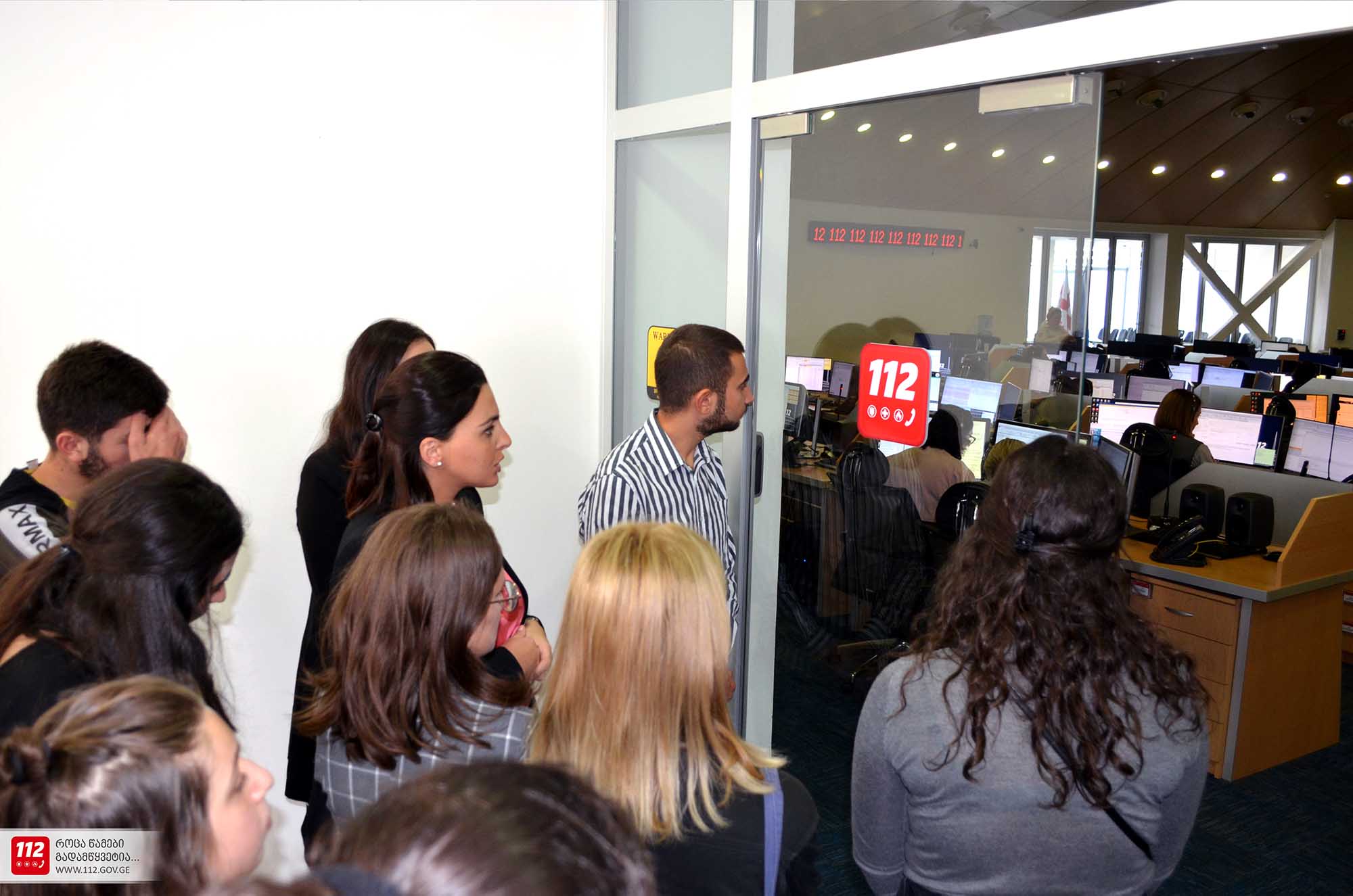